The Matinee ’18 December 11th – Part 2 will make you sing like you’re in a choir, dance like it’s 1999, and contemplate the future. It’s a little wintry and a bit summery, so prepare for all climates on this mini-playlist. Don’t forget to spin the songs in Part 1, which you can find here.

Some artists will do whatever it takes to grab a sound or a sample to complete their song. For newcomer Niki Black, she attended mass at Florence’s majestic Duomo (or cathedral), and she recorded a part of it. A soundbite from the sermon can be heard in the intro. She didn’t stay for long, as she explains: “I was actually kicked out of the mass because the priest could tell I wasn’t catholic (I was born Jewish) when I didn’t hit one of the normal cues in the worship.”

Although she didn’t perform communion, she found another way to reveal her true thoughts on her powerful new single, “Hallelujah”. This is a titanic track in all ways. “Hallelujah” feels heavenly and soothing at first, but it gradually builds into a volcanic eruption of exploding synths, booming rhythms, and Black’s emotional vocals. Although the music and harmonies blow you away, her message and lyrics are the lasting feature. She shares her experience with losing fate in her faith and what she lost in the process:

“I was so naïve.
You stole the love from me.
You said you would set me free,
But your love has made me weak.
I know you said you would save me from myself,
That you have put me through this hell.
I know that I am losing faith in you,
That your bullshit isn’t true.
Hallelujah, I use to sing it to you.”

Black’s debut EP is expected in the first half of 2019. Look out, the world has another fearless artist is about to shake the foundations of the establishment. Just like Madonna did when she released “Like a Prayer”.

Earlier this year, Spanish singer-songwriter Blanca Romeo De La Higuera, who is better known as Odina, released her beautiful, debut EP, Nothing Makes Sense. The record revealed why the young artist has been compared to Julien Baker, Phoebe Bridgers, and Sharon Van Etten, among others. Her ability to make sorrow and intimacy as beautiful as watching the dancing Northern Lights is what has led to thousands of people, including ourselves, continue to praise her artistry. Another example of her immense talent and power over listeners is revealed on “Snow”.

The song is a Christmas one, and we don’t normally share them for reasons you can discern. This, however, is not any ordinary Christmas tune. It is instead a gorgeous piece of dramatic art that speaks more about trust, togetherness, and community than it does about exchanging presents, sipping eggnog, or roasting chestnuts on an open fire. It is about being there for someone at their lowest points and helping them find joy again. As the electric guitar and piano merge together, listen closely to her words and let them inspire you to give the most important gift you can to anyone – your love and your belief in them.

If you’re in dire need of a song that will pick up, then turn up the volume before pressing play to “1996”, which is the boisterous new single from Plastic Mermaids. The outfit of Douglas Richards, Jamie Richards, Chris Jones, Tom Farren and Chris Newnham first perked our ears back in 2016 with their delirious psychedelic pop. They, however, have taken their music up several notches, where not only do they take listeners on a trippy ride but an exhilarating one as well.

“1996” merges the cosmic imagination of POND and The Flaming Lips with the extravagant, psychedelic-infused, alt-pop of present-day Portugal. The Man. The result is one infectious and cathartic number that will leave every listener smiling and momentarily losing their mind. The whirling synths are dizzying, but the funnelling bass line and the shimmering guitar take the track to the outer limits of awesomeness. Even the storyline is brilliantly composed, as the band tell the tale of a man falling in love with an artificial intelligence. The couple are a symbol of how the world and, thus, us have become digitized, where fantasies and love are found in the most un-social of places. Plastic Mermaids, though, are anything but fake – they are just one of the UK’s most underrated bands.

The single is out now on Sunday Best Recordings.

If you’re living in place that is warm and sunny, head out to the deck with your favorite beverage in hand. Bring along your speakers and fire up Spacey Jane‘s new single, “Balmy”, to add a bit more summertime flair to the day.

The track is jangly indie-rock goodness. Blissful ’80s-rock tones easily mesh with surf and jangly vibes, which Aussie bands like Dick Diver revived nearly a decade ago. The result is a track that is calming on the soul and soothing on the mind. It is the ideal track to spin while lazying away at the beach, playing on a Sunday night drive along the coast, or within the confines of one bedroom while one reminisces about what was and what is to come. Front man Caleb’s lyrics, too, are introspective, as he shares his thoughts of watching another grow up before his eyes, her struggles, and his own fears.

The right medication,
You take it for a while.
You’re lonely when you’re high.
On hereditary mind,
I can feel you reaching in the slight.”

The band is comprised of Caleb (guitar/vocals), Ashton (guitar), Meils (bass/vocals), and Kieran (drums). Pick up the track on Bandcamp.

For most of their two-plus years as a band, Leeds sextet Team Picture have consistently delivered anthemic and ambitious rockers. They haven’t been known to dial down the volume nor to amp up the drama – that is until now. And they deliver in spades.

By the time “Clone You” reaches the three-minute mark, you might find yourself uttering the word “awesome”. Its deliberate, spine-tingling pacing enshrouds the track in suspense. It is like walking into a dark, smoke-filled, unknown room where all eyes are fixated on your presence. You linger for a while trying to make sense of your surroundings, and although you wish to leave you cannot. You are paralyzed because across the room another is gazing intently in your direction. The band beautifully articulate this meeting of the eyes:

As the story escalates, the band don’t provide an ending. That is for us to decide. Instead, the final two minutes is a mind-blowing, jaw-dropping finale that sees every element slowly intensify. It is one of those rare OMG moments, which means one must hear it again and again and again.

Down Under, a young man is starting to make a name for himself with his multi-genre style. At times, Timi Temple can amuse with shimmering indie pop, and he can also dazzle with widescreen indie rock. He’s like the Aussie version of Har Mar Superstar, where you just never know what he’ll craft. His vast array of talents is revealed on his debut EP, Phuz Boy. One of the record’s tracks is “Pretty Boy”.

The track echoes The War On Drugs – from the mid-’80s rock approach to the fantastic, glimmering guitar solo that closes the track. Temple’s vocals even have a touch of Adam Granduciel’s grumbling grace and storytelling. He describes how one person hides his true self from others and his personal struggles. Despite the pretty face, something festers inside him. It could be a dark experience, an unforgettable pain, or a yearning desire to truly be herself. Temple’s songwriting is fantastic, and his musical talent is off-the-charts. The only critique we have of this song is that it could easily be another two minutes longer.

Phuz Boy is available on Bandcamp. 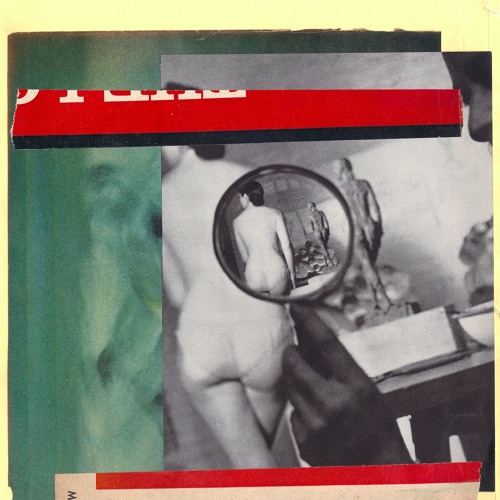 Doug Tuttle – “It Calls On Me”