When Black Rebel Motorcycle Club first arrived on the scene in the early 2000s, they helped launch a new era in psychedelic rock. Their debut album, B.R.M.C., was a wall-rattler. Since then, Peter Hayes (vocals/guitar), Robert Levon Been (vocals/bass/guitar), and Leah Shapiro (drums) have waded in experimental and mournful waters, but with their eighth studio LP, Wrong Creatures, they return to the ways and sounds that originally made listeners tremble.

Wrong Creatures is a raging and pummelling experience even during the quieter moments. “Spook” and “King of Bones” are harrowing, classic psych-rockers with the eerie storytelling to match. Into the post-apocalyptic world the band head on the slow-building blazer, “Ninth Configuration”, and the mysterious “Haunt”. On “Echo”, though, they deliver a tune that is surprisingly breathtaking, intimate, and rapturing. All these songs, though, are demonstrations of BRMC’s brilliance, where they match the dark and forceful nature of their songs with creative and cinematic storytelling.

There are, however, moments where the trio fully grasp their origins. A steely darkness occupies “Questions of Faith” and “All Rise” before they develop into melodic head throbbers. Adrenaline, meanwhile, freely flows on the raucous “Little Thing Gone Wild”, which hearkens to a time when bands fully encouraged fist-pumping and body surfing. It hearkens to a time when BRMC had one objective – to blow our minds. They’ve achieved that with Wrong Creatures. 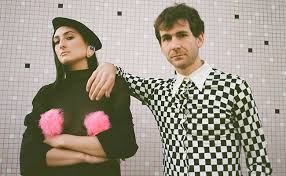