Babehoven – “Only So” (Philadelphia via LA & Portland, USA)

Philadelphia may be the City of Brotherly Love, but it should also be recognized as one of music’s songwriting capitals. Frances Quinlan of Hop Along (who has a solo album coming out this year), Kurt Vile, and Adam Granduciel (of The War on Drugs) are some of the outstanding singer-songwriters from there. Maya Bon, a.k.a. Babehoven, will soon be mentioned alongside these indie stalwarts in the future. Although Bon originally comes from Portland and spend time in L.A., Philly is where her art blossomed. Two years ago, she quietly released her excellent debut EP, Sleep, and she followed that up with 2019’s Solemnis. Now she’s getting set to release her third EP, and from it is a track that is an early Song of the Year candidate.

With just her electric guitar, a low bassline hum, delicate percussion, and her soft yet vulnerable vocals, Bon crafts a brooding but breathtaking indie-rock track with “Only So.” The song is reminiscent of Big Thief’s slowly-cascading, emotional rollercoasters and Hand Habits’ intimate yet distant ballads. And like these artists, Bon opens herself up for all to hear and see. This is her lament to her family, and the losses and separations they have experienced:

“There’s only so much I can take of this destruction.
Though I have it down, maybe you see how much I’m broken.
I want you back, I want my family around me”.

Babehoven’s new EP, Demonstrating Visible Difference of Height, is out February 7th. Check her Bandcamp page on that date to download it. The record will surely be unforgettable.

Another young singer-songwriter to add to your music library – or at the very least jot down her name – is BIRTHH, the project of 22-year-old Florence native, Alice Bisi. Some may already know her name because she released her debut album, Born in the Woods, to critical acclaim in 2016 when she was just 18 years old. Consequently, she became an indie darling in Italy and abroad. Her independent success resulted in some of music’s heavyweights (i.e., Grammy winners) assisting her in the recording, production, and engineering of her sophomore album, WHOA. The third single to come for the LP is “Parakeet.”

The bedroom folk-pop approach is beautifully delicate and intimate. It is a song made for memories, whether those that already exist or those to come. As you hit repeat, images of you running in a meadow or open field with your father chasing your or holding your mother’s hand as you head to your first day of school may flood your mind. Or maybe, as is the case for Bisi, it’s spending days with your beloved grandmother and carefully watching her as she shared long-held family recipes and traditions. The best songs cause you to reflect on the small but important things in our lives, and “Parakeet” is exactly that.

WHOA will be released March 6th on Carosello Records.

Hannah Lew has carved out a terrific career even though she continues to hover under the radar for most of the population. She’ll may never achieved Top-40 success, but that has not prevented her from continuing to create music that will move any person willing to give her the chance. Whether with Grass Widow or her current project, Cold Beat, her music takes you to different places. It could be the dark corners of your mind, wading through the cool ocean waters, traversing the galaxy, or galloping through a forest. Sometimes, it’s all three of those places, such as on “Prism.”

Haunting yet enchanting, illuminating yet dark, “Prism” is stunning cine. It is New Wave taken to the edges of the Milky Way yet as accessible as the nearest beach. The percolating beats entrance while Hew’s vocals interlace with her bandmate (maybe Kyle King?) for a deliriously hypnotic effect. You cannot decide if you want to dance, whirl in one place, or just close your eyes and get lost in the depths of this fantasy. Maybe just do all three and think of all the places the song takes you, just like how a prism can shine multiple shards of light at once.

Joining Hew are Kyle King, Sean Monaghan, and Luciano Talpini Aita. Their new album, Mother, will be released worldwide on February 28th via DFA Records. Pre-order it on Bandcamp.

The James Hunter Six – “I Can Change Your Mind” (London, England) 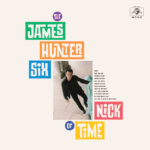 Some things in life are indisputable: the sun rises in the east; the earth is round; and Daptone Records always releases smokin’ hot soul music. The James Hunter Six will soon release their third LP on the label, and “I Can Change Your Mind” offers a glimpse of just how sizzling the album will be. Steeped in old-school R&B grooves, this is a swinging tale of a one-eyed jack trying to persuade a doubtful lover that he’s worth keeping.

Hunter has been honing his craft for 30 years, having begun as a backing singer and guitarist for Van Morrison. Now at the height of his career, he transports listeners to the era when he first began busking on London streets. Fueled by a tight rhythm section, “I Can Change Your Mind” feels like Hunter has personally escorted you via sonic time travel to the ’60s. So grab your cocktail, crank this one, and dance the night away. When the music is this good, you simply have no other option.

Nick of Time arrives March 6 via Daptone Records with pre-orders here. The band’s 2020 spring tour kicks off March 26 in Boston.

Over the years, trip-hop has been appropriated by another genre, where its dark, ethereal nature popularized by Portishead two decades ago was replaced by quick lyricism and heavy beats. The original trip-hop, however, still survives thanks to bands such as Massive Attack (although it’s been a while since we’ve heard from them) and Hundred Waters. Then there are new-ish bands such as KOJ that are not only doing their part to conserve the genre, but they are making it fresh. Making it resound throughout one’s mind and soul, as they have done with “Jenny”.

Stuttering beats and rhythms immediately introduce us before Alina’s deep, gripping vocals arrive. Her voice booms over the hypnotic soundscape that she, Nils, and Simon craft, telling the tale of a woman lost in a place with no escape. It could be a house, a prison, or her own mind. Wherever it is, we can feel our despair and desperation. We feel as if we are her, holding on to the possibility that we may one day see “the silver lining”. One thing is clear: we have found another band that has made us belief the future of music is in great hands.

The trio’s new album, HOME, is expected in the spring 2020 on Long Branch Records. 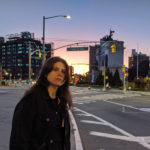 Brooklyn’s Lina K.O. has become a familiar name at venues around New York City. Her music is reminiscent of the strange sense of peacefulness that can be found on a slow, rainy day. After releasing music in various ways, including a series of made to order direct-to-vinyl recordings on lathe cut records (via Leesta Vall records), she finally has an official, stream-able release. On January 3rd, she released the two track Starter Apartment Recordings, recorded in her apartment.

One of those songs – “Laundry Line” – feels like a moment frozen in time, complete with ambient street sounds before her guitar and vocals take over. Her voice has an ethereal quality, singing vivid lyrics. Her lyrics describe normal, everyday moments, delivered with a heft and perspective that makes every word carry extra weight. Layered harmonies join in as the song progresses and builds to an absolute knockout ending as it returns to just K.O. and her guitar. Remember her name because soon you’ll see it on festival posters around the globe.

You can purchase or stream Starter Apartment Recordings via her Bandcamp or on Spotify.

The tragic passing of Frightened Rabbit’s Scott Hutchison in 2018 created a massive void in the music scene. Many bands have attempted to fill the gap, but the Scottish band were unique in that every song resonated with us. But one band we have championed a few times in the past stand ready to take FR’s reins and blast us with sonic explosions and lyrics that help us realize we are not alone.

October Drift is that band. They have rocked our bodies and minds for a few years, and our excitement is only building because their new album, Forever Whatever, drops January 24th on Physical Education Recordings. They’ve released the slow-building, rocking title track already; their latest is another contender for Song of the Year.

Turn up the volume as you listen to “Oh the Silence.” No, this isn’t a Christmas carol nor the sequel to Depeche Mode’s “Enjoy the Silence.” Instead, it is a roaring, indie rock anthem made for those who struggle to make sense of the world and see the light each day. The blaring chorus will have you yelling along with frontman Kiran Roy and bandmates Chris Holmes, Alex Bispham, and Daniel Young as they sing:

Pre-order Forever Whatever here, and do it now because the record is shaping up to be one of the year’s very best. 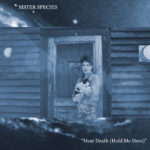 Prepare to be taken on a journey with Sister Species on their newest single. “Heat Death (Hold Me Here)” is a triumph of creative expression. The peaks and valleys created by Emily Kastrul will put a smile on your face. Her vocals can part the darkest storm clouds, aided by spine-tingling horns that energize your soul. That’s quite a feat for a song with the inevitable decay of our planet as its subject. It’s antithetical, yet it works beautifully.

“Heat Death” is a testament not only to their songwriting abilities as a band but also to the septet’s cohesion and chemistry as musicians. Not many bands can put such an uplifting spin on otherwise gloomy topics. Their defiantly optimistic stance (“Beyond that final exhale of expansion / you can find me dreaming of the other side”) is sure to delight even the gloomiest downers. There is plenty to love about the steady build of vocals and lively instrumentation through the first verse. But when the trio of trumpets erupt into the chorus around the 1:30 mark, you feel the band’s exuberance on a cellular level. We’re not sure what took us so long to discover this Minneapolis-based indie camber pop group, but our ears are delighted and grateful.

Look for their Still I Am Still album to arrive in the spring. Until then, you can grab this song from Bandcamp. 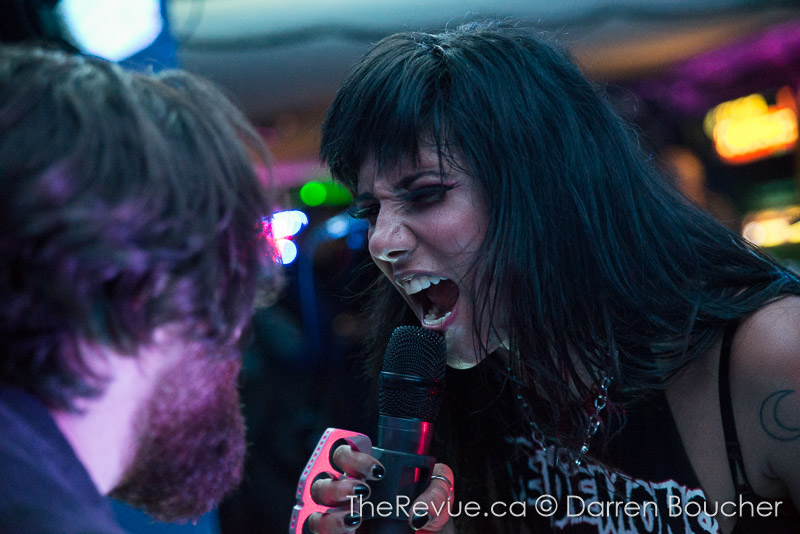 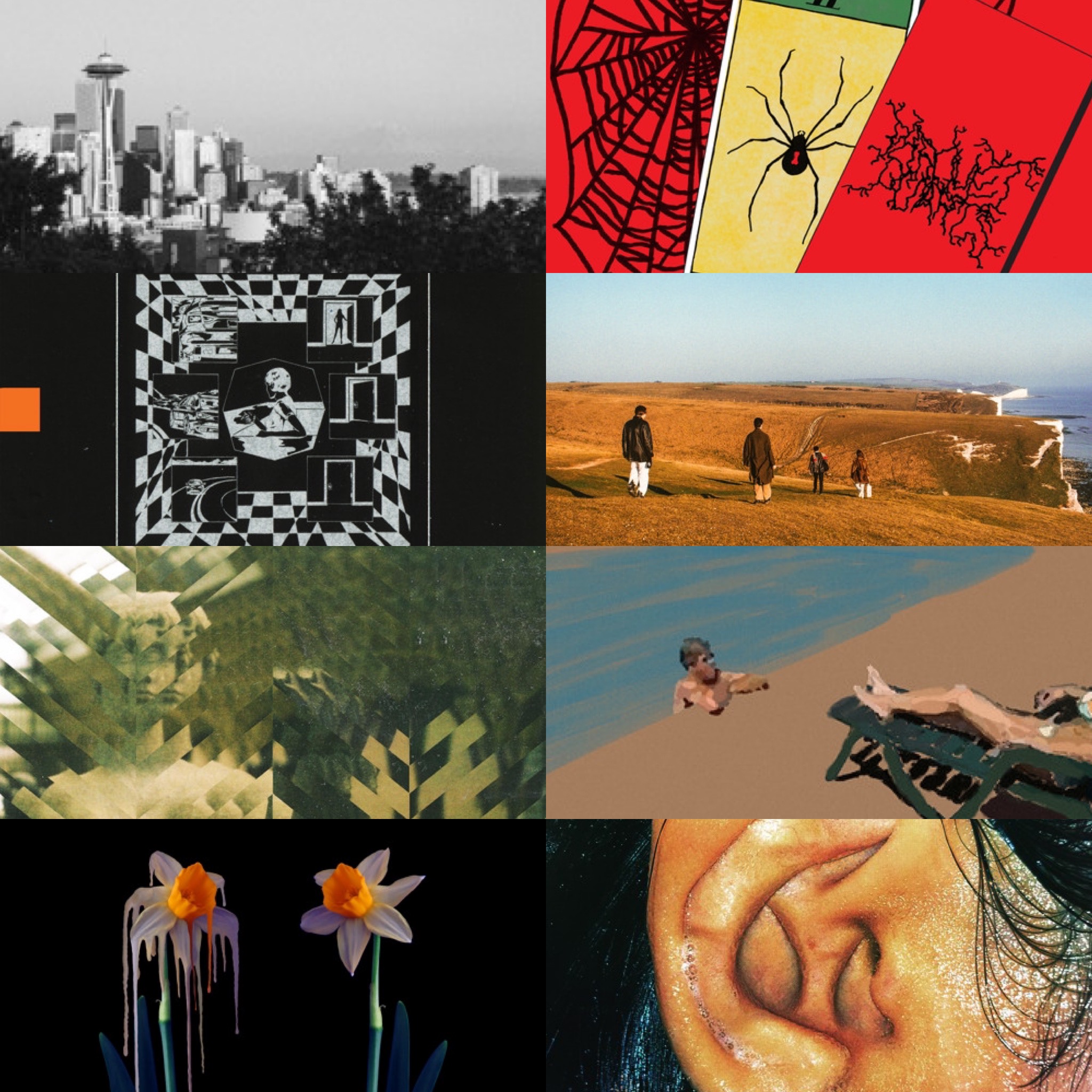 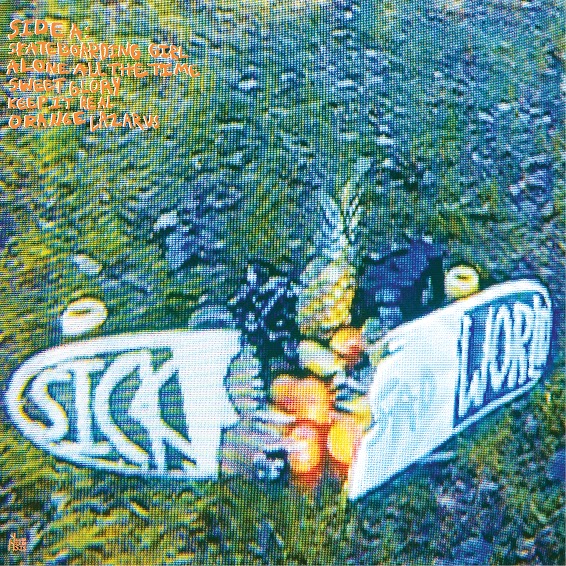