The Matinee ’20 – January 15 edition features songs that are awe-inspiring, fist-pumping worthy, and groovy, danceable numbers. There is a strong Australian presence today, which demonstrates the vast diversity of the country.

Some songs make you want to sit back in your favourite chair, grab a stiff drink, and get lost in the music. Some of The National’s songs, particularly their brooding ballads, have that effect. Same with Patrick Watson and fellow Canadian Leif Vollebekk. We can add Tom Iansek’s solo project, #1 Dads, to the list.

Iansek is known for his work in Big Scary and No Mono, outlets he uses to release his more “energetic” side. As #1 Dads, he unveils his more serene, melancholic, crooner side. We’re not suggesting he’s another Michael Bublé (thank goodness), but his voice is endearing. This is evidenced on the gorgeous “Freedom Fighter.” From the feathery piano and percussion to the velvety softness of Iansek’s vocals, the song immediately embraces the listener. Iansek’s lyrics, though, are sharp as a peaty scotch. He describes a man trying to recover from the loss of someone dear who has fallen deep into the abyss and struggles to find a way out. The songwriting is impeccable. All the lyrics can be read by simply clicking on the SoundCloud audio above, and your drink won’t be the only thing that will hit you hard. 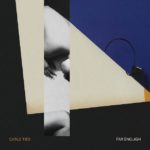 A smouldering guitar, a bursting bass line, a drum beat that goes from pulsating to manic throbbing, and an intense vocal – these are all components of a song that makes us yell, “Fuck yeah!” After hearing “Sandcastles” from Aussie punk/riot grrrl trio Cable Ties, you’ll feel compelled to yell the same. You might also find yourself dancing with wild abandon. If this is the case, call or text your friends and neighbours, turn up the speakers, and have a four-minute party!

While you’re thrashing around and bouncing off the walls, pay attention to what Jenny McKechnie (vocals/guitar), Nick Brown (bass), and Shauna Boyle (drums) exclaim. Their words are the anthem of a people fighting against the establishment and entities that try to oppress us and make us feel like lesser beings:

Preach on, ladies and gentleman! 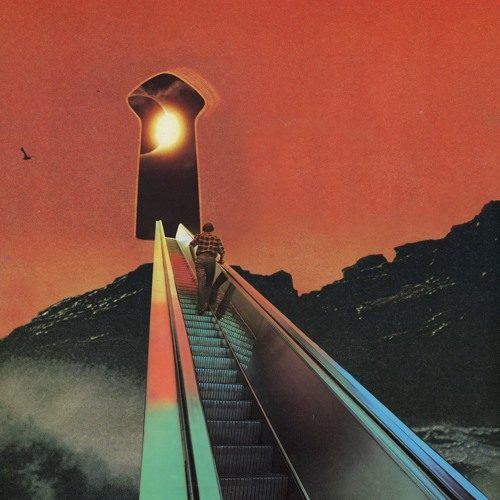 We’ve been fans of Cheerleader ever since they emerged back in 2015 thanks to their infectious dream-pop, and ever since we’ve kept them on our watch list. A few years have passed with a bit of a hiatus and a few personnel changes, but the new lineup still is creating memorable music.

“Everyone’s Wearing Skin” is their newest release, and it’s a triumphant return with a newly-evolved sound that blends unique percussion, a dash of psychedelic, and laid-back vibes found in bands like Grizzly Bear, Real Estate, and in some parts, The War on Drugs or even The Beatles.

Midway through the track, the listener is hit with waves of crushing sound that include killer percussion and a soaring chorus that commands your attention. They finish the song off nicely by bringing it all back to where it started with a steady and calm tempo. After first listen, the repeat button is calling. Lyrically, the song brings humanity to a level playing field – our skin could be anything that might take away from having a true and authentic relationship with others. As the singer declares, “I’m just sticking it to myself, sticking it to you, too” – whatever that may be.

“Everyone’s Wearing Skin” is from the bands forthcoming album, Almost Forever, which is out February 7th. It can be pre-ordered on the band’s website. 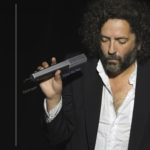 Only two more weeks until the 13th Destroyer album arrives and makes the world a richer place. We named Have We Met Yet to our Most Anticipated Albums of 2020 list for one simple reason: Dan Bejar’s effortlessly sophisticated artistry is the stuff of legends. Equal parts indie rock, glam pop, and jazz, “Cue Synthesizer” delivers rich textures that beckon you to explore.

Bejar’s signature style is in full force here, as though he’s more comfortable narrating the action of the song than being the star behind the microphone. This is part of Destroyer’s allure: every album is presented as a hush-hush invitation to some clandestine soiree hosted by Bejar himself. Where recent LPs – ken (2017) and Poison Season (2015) – exuded decadence and glamour, Have We Met Yet seems more hesitant of what may be lurking in the shadows. What will you see when you peer closely? Cue the synthesizers to find out.

Have We Met Yet is set for release on January 31 via Dead Oceans/Merge Records. Pre-order it here. 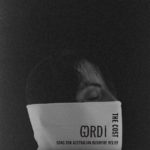 Unless you’ve been in a very remote part of the world far removed from news, the bushfires in Australia have dominated global headlines. Unfortunately for our friends and families Down Under, those fires are not expected to be extinguished until April or later, when much-needed rain will hopefully arrive. Over the past few weeks, Australian artists have been releasing deep cuts, live albums, and merchandise to support the firefighters (many of whom are volunteers), animal rescue and rehabilitation agencies, and community programs. Today we highlight one of artist and her effort – the immensely talented Sophie Peyten, who goes by the stage name Gordi.

While we wait for Peyten to release a follow-up to her splendid 2017 debut album, Reservoir, she has shared “Cost”. Like much of what she has done in her young career, the song is breathtaking and deeply moving. With a piano, synth, and a small string accompaniment, Peyten creates a heavenly atmosphere. Her words are focused on losing something dear and never returning. In this case, she sings an ode to our planet and what we’ve done. What she and millions of other Australians are experiencing now is the cost of their collective inaction. As she poignantly sings at the very end, “I don’t count the cost of losing you.”

The video to the song features images near Peyten’s home town of Canowindra.

All proceeds from this song will be donated to the RFS. Stream or download it here. The single is out on Liberation Records. 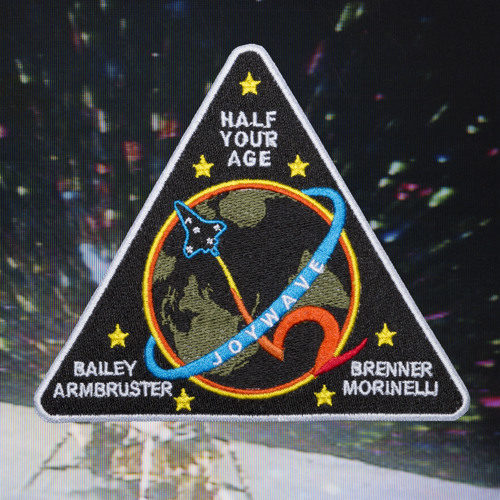 Joywave have been cranking out killer tunes for a decade now, so it’s no wonder their newest single, “Half Your Age”, is another addictive ear-worm. It’s the fifth single from their long-awaited new album, Possession, which will be released March 13th on their own Cultco Music label.

“Half Your Age” washes over us with an energetic flow of indie-pop perfection. It’s the perfect single to spin while getting ready to go for a night on the town or with aiding in completing your best workout ever.

If you are just judging the song by its title, one could imagine this being a song deriding those out there with a much younger love interest. In reality, though, the lyrical subject in a nutshell says “give it up” and is speaking to those out there that might be past the prime age for reaching their life’s ultimate dream or goal. The lyrics mention “But all your heroes now are half your age”, which could be a nod to Greta Thunberg. In addition, the band tells us that it’s OK to go a different direction because “Giving up is not a crime”. This might be a nod to the one who sits in the Oval Office. 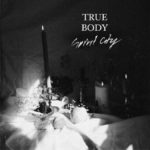 The first time we listened to “Spirit City” from five-piece post-punk / krautrock outfit True Body, we thought they were from Manchester, Newcastle, or Berlin. When we read they came from Richmond, Virginia, we had to do a double-take. This just goes to show that great music can come from anywhere, and the anthemic, gothic post-punk popularized in the UK is making its way across the pond. And dare we say it is being perfected?

“Spirit City” is incredibly stupendous. It throbs hard at points yet bursts with energy throughout, leaving you with the feeling that today is your day. Today is when you will chase after your dreams and make them real. A day where the impossible is well within reach to be achieved. Frontman Isabella Moreno-Riaño’s words further accentuate the message of perseverance and determination, as he proclaims “I will make it to the city”, where either the love of his life or those who love him await. This place may be physical or meta-physical, but regardless it is a place of hope and rejuvenation, just like this awesome track. 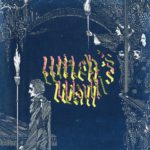 Imagine if you extracted the best elements of your favourite bands: the result would be an audio amalgamation that would leave you breathless. When you hear “Lady Love” from Alabama indie outfit Witch’s Wall, that’s exactly what you find.

The complexity of their sound almost defies description thanks to their myriad influences. You get woozy, lo-fi textures and dream-inducing vocals. The mellowness of this track at times evokes Andy Shauf, Fleet Foxes, and Midlake with faint echoes of Radiohead-esque reverb woven throughout. The song’s nearly five-minute span is less a journey to another dimension than an exploration of a specific space and time, perhaps a sunset. Bask in this tune’s warmth as you watch the twilight skies darken. “Lady Love” is an ideal soundtrack for your transition from day to night, an impressive introduction to a band worth getting to know.

You can find “Lady Love” on Witch’s Wall’s debut album that arrives April 3 via Cornelius Chapel Records. You can pre-order it here. 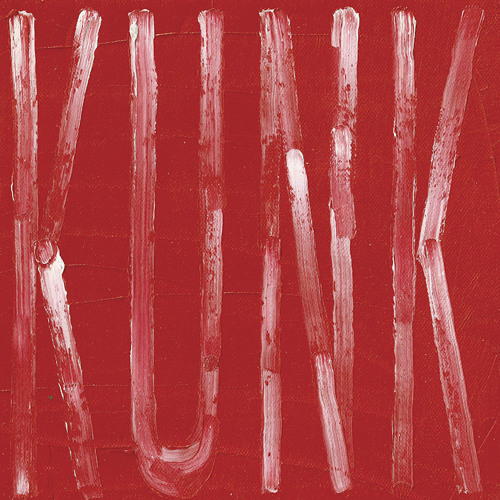