The Matinee ’20 – January 17 gets you ready for the weekend with 8 amazing new music singles. There are catchy indie-pop tunes, anthemic indie-rockers, innovative indietronica, and dazzling dream-pop numbers. Happy weekend everyone!

If Camera Thief were from Edinburgh or Manchester, BBC Radio would be espousing the potential greatness of the quintet. Instead, the band comprised of Joe Duffey (vocals/guitar), Brendan Duffey (keys/piano), Robert DeFazio (drums), Joe Hartnett (bass/trombone), and Pasquale DeFazio (guitar), percolate under the radar in the massive Philadelphia music scene, waiting to be discovered. Their breakthrough moment is nigh because their latest single, “Starting Fires”, is an eye-opening, cinematic, anthemic number.

The opening piano is a distraction of what is to come. As the song builds, so does the intensity and the urgency in every note played and lyric sung. The approach recalls the artistic touches of The National and the euphoric fare of Manchester Orchestra and Frightened Rabbit. The similarities extend beyond the sound. Frontman Joe Duffey’s vocals have a Scottish tinge, and his words are uplifting and moving. With the music soaring around him, he incites us to live another day and never stop living. With a song like this, how can we not want to live longer?

The band’s debut album, The War Parade, is expected in March. Here’s hoping they truly break out this year. 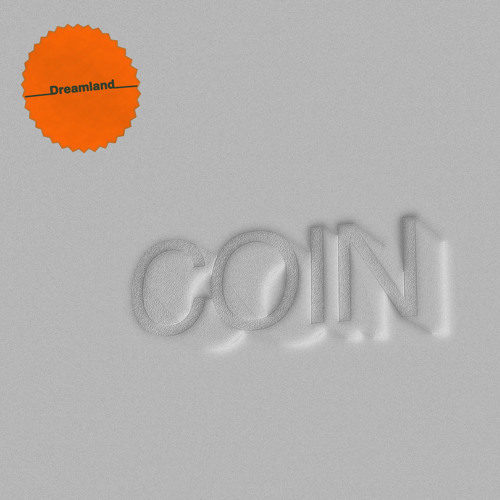 “Youuu” takes us on a stripped back ’80s inspired trip. The single is from the band’s forth coming album, Dreamland, and COIN recorded most of their songs anywhere but a studio. Locations included bathrooms, green rooms, bedrooms, airplanes and buses.

The difference in recording brings a touch of intimacy to the track and further proves the band can branch out in new directions and still produce catchy as hell singles time and time again.

The Lyrics tackle that relationship that you want to fight hard to keep:

Dreamland will be released February 21st and the band will embark on a supporting tour in March. You can find tour dates here. 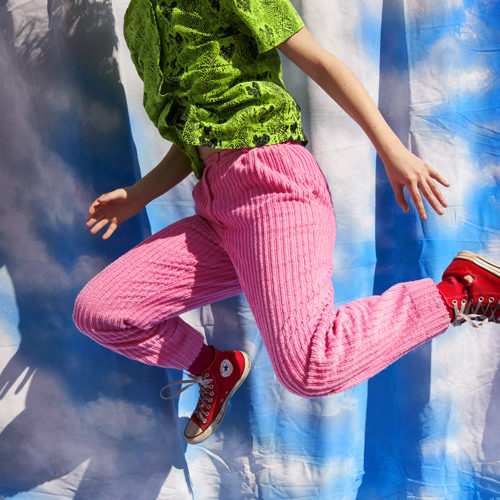 E^ST (AKA Mel Bester) has been proving her singer-songwriter talents ever since 2014. January is off to a great start with amazing tunes and in this case we are still catching up from some of the stellar songs that were released in December as well. Her newest offering is smooth and dripping with nostalgia as it takes everyone back to that special someone you grew up with who suddenly moved away.  It also tackles the void felt and the extreme change of doing certain things alone instead of together.

“Flight Path” is like a plane flight itself, once it takes off – it rises high with soaring synth and an unforgettable chorus. The single is very circular as it ends much like it begins, with soothing vocals set against simplistic keys. There is a definite dance ready feel to the track, yet E^ST is a master at providing a certain brilliant melancholy that’s peppered throughout.

E^ST will be releasing her debut album, I’m Doing It later this year. 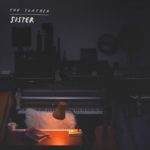 Go ahead and cancel your weekend plans. You will want to free up as much time in your calendar as possible so you can lose yourself in the latest single from The Feather. This is the solo project of artist Thomas Medard (Dan San) whose debut album is due later this year.

“Sister” is a fine example of how chic electronic pop should sound. Its rich synth tones shimmer while the thumping bass line is entrancing. Medard’s vocals are equally alluring in their sultry warmth. “Sister” follows the languid single “Closer” which he released last September. Its minimalism evoked Spanish Sahara-era Foals fused with the downtempo allure of James Blake – elements that shine on “Sister” as well. This is a song that begs to be played loudly and often, perhaps on a night drive guided only by the moon and stars.

This single is available now via PIAS Belgium from these links. We have no further details on The Feather’s forthcoming album but are anxious to hear more from this talented artist. 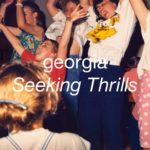 Few things in life excite us more than sharing new music. There is magic in introducing someone to their next favourite artist or band. But sometimes those artists take a while to become global sensations: Lizzo is one example. She dominated the music scene in 2019 with music she had originally released a few years earlier. This proves that sometimes the second time is the charm for artists to help fans realize what they’ve been missing. Another artist doing just that is London-based Georgia.

We shared her “Feel It” single in 2017, certain she would achieve global superstardom soon after. While she has garnered a fanbase in the UK, the rest of the world is slowly coming to appreciate her talent. The inclusion of “Feel It” on her new LP, Seeking Thrills, should help. We stand by our words from three years ago:

“‘Feel It’ is a titan of a song and exemplifies Georgia’s experimentalism and innovation. Simply spectacular. With this track we can safely say the future of music has arrived, and she goes by the name Georgia.”

We proclaimed then how great Georgia is; hopefully now the rest of the world will wake up and take notice. And who knows? Maybe a future collaboration with Lizzo could happen? Imagine how “Feel It” would sound with a blazing hot flute solo!

Seeking Thrills is out now on Domino and available from these links.

The latest from Los Angeles indie post-punk trio Moaning is an early contender for Song of the Year. With its retro, synth-driven foundation, “Ego” from their forthcoming Uneasy Laughter LP, channels the past while its insightful lyrics speak to modern societal issues:

“We used to care, but we forgot
Have more in common that we do not
What part of you relates to me
Narcissism is not empathy”

“Ego” would have been effective with just its New Wave-era synths. Those icy tones evoke an era when narcissism and greed permeated all facets of life. But the band build upon that with urgent percussion that further enhances the lyrical message. We all have commonalities that can unite us if we just stop being self-centered assholes.

Uneasy Laughter arrives March 20 via Sub Pop Records (who also released their self-titled 2018 debut). You can pre-order it from the label and Bandcamp. 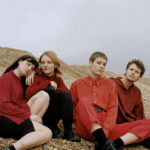 A song can exhilarate in different ways. They can encourage you to stand and dance or they can just blow your mind away with its edgy, feverish, grungy attitude. The latter is the case with “Sweet”, which is the brand new single from rising Brighton-based quartet Porridge Radio.

“Sweet” is anything but sugary and definitely not a pop song that will make you feel all tingly inside. Instead, the track is ’90s grunge reborn and reinvented. It is hard and soul-crushing at points, light yet heavy in other moments. The song is reminiscent of the push-and-pull approach that P.J. Harvey perfected early in her career, where she would draw listeners in with a delicate melody before rattling their eye sockets and ear drums with a flurry of overdriven guitars, assertive vocals, and brutally honest lyrics. In this case, front woman and project mastermind Dana Margolin takes center stage, and she at first calmly describes a mother abandoning her young daughter and how the girl, now older, dreams about reconnecting. The separation, however, has a long-standing effect on her. Margolin’s lyrics are brilliant, and for those who grew up in the ’90s might draw comparisons to one Kurt Cobain.

Speaking of whom, check out the video, which has a very Nirvana feel.

In addition to Margolin, Porridge Radio are Sam Yardley (drums), Georgie Stott (keys), and Maddie Ryall (bass). Their new album, Every Bad, will be released March 13th on Secretly Canadian. Pre-order it on Bandcamp.

While most of the songs in today’s The Matinee are of the upbeat variety (because we want to end the week on a high), space can always be created for a song that makes you go “ooh” and “aah”. A song so dreamy, majestic, and stunning that it creates a different kind of high – one that replicates the feeling of floating effortlessly in the sky and watching the world pass below us. This is the experience of “Night Drive”, the debut single from Katie Drew and Joey Cobb, who are otherwise known as White Flowers.

There isn’t much more to say about the track. Just hit play and get lost in the swell of Drew’s captivating vocals and the gripping crystalline guitar. The band calls their music  “gothic dream-pop”, but you might come up with other superlatives, like gorgeous, remarkable, breathtaking, mouth-gaping incredible… do we need to say more?

The track is taken from the band’s forthcoming AA side 12″, which will be released February 14th via Tough Love Records. Pre-order it here. 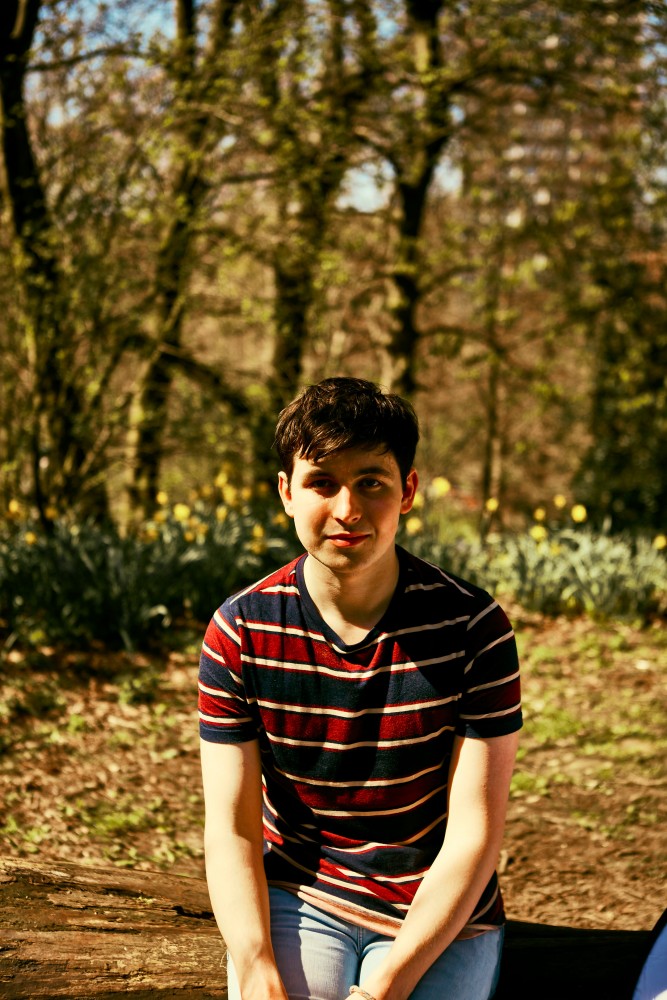 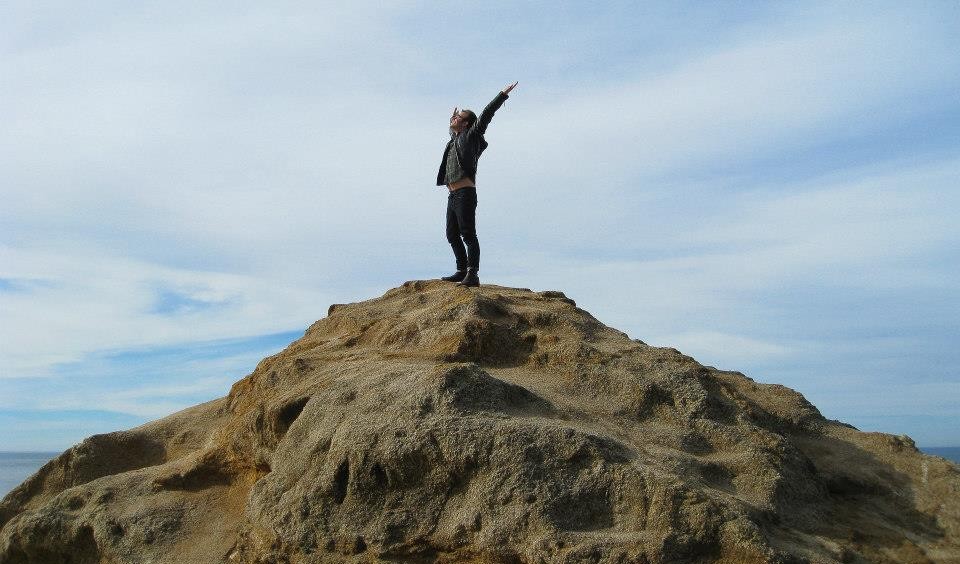