The Matinee ’20 February 5 edition is a full house of music. Nine songs are featured today, though we could have shared more. The mini-playlist is quite diverse, so hopefully you’ll find at least one – if not nine – songs you’ll want to add to your own playlist. 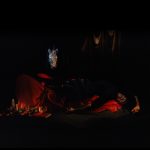 Get ready for a concentrated dose of cool on the newest offering from Ghostpoet. This genre-defying project of London-born Obaro Ejimiwe has been taking listeners on a guided tour through his world of electronica fused with spoken word poetry for many years. He continues that adventure on the funkified “Concrete Pony” from his upcoming fifth album, I Grow Tired But Dare Not Fall Asleep.

The grittiness of this song evokes late nights on dark streets where you never know what you might encounter. Amid the refrains of “Oh yeah, oh yeah” you sense the night has offered plenty of opportunities ranging from innocent distraction to dangerous interaction. Ghostpoet echoes our own frustrations with modern life: “nothing feels real” in this world of digital likes. Maybe this is the message we need to embrace: when nothing feels real, we must find a way to escape the fantasy and rediscover reality. With mesmerizing beats and hypnotic delivery, Ghostpoet’s “Concrete Pony” offers a smooth mode of transport on that journey.

You can pre-order the album here ahead of its May 1st release date on Play It Again Sam (PIAS) Records. 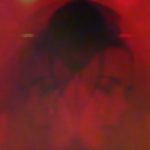 Six long years have passed since Maria Lindén and Fredrik Balck – the masterminds behind I Break Horses – shared their immaculate sophomore album, Chiaroscuro. The record along with their fabulous debut, Hearts, catapulted the duo onto the forefront of not just the Swedish music scene but across Europe. As quickly as they ascended, however, they disappeared. Like their unexpected absence, they now surprise fans with an announcement more than a half-decade in the making.

Their third album, Warnings, will be released on May 8th via Bella Union. Alongside this news, they shared the first single, which is as stunning and breathtaking as anything they’ve created in the past. Sit down, take a huge breath, and let your mind go as “Death Engine” is played. The song is a quintessential astral-dreamgaze ballad, where every single element sweeps you off your feet. Whether it is the hum of the keys, the stuttering electric drums and rhythms, or the angelic voice of Lindén, the song consumes every centimeter of your being. Even more crippling is Lindén’s tale of a close friend’s suicide attempt and the efforts made to help her escape the darkness.

We have long held the opinion that music is at its best when it transports the listener to another place or even another dimension. Songs that cause you to close your eyes, momentarily escape reality, and imagine worlds that have yet to be seen. This is the effect that English duo jadu heart consistently create, such as on “The Omen”, which was one of our favorite songs of 2019.

Whereas “The Omen” took us down the rabbit hole, their first single of 2020, “Another Life”, takes us into the depths of our souls. To a place that only we can see and no one else, but the only way to visit this place is to – you guessed it – close your eyes and let Alex Headford and Diva Jeffery be your guide.

A tranquil guitar strum hums in the background while Jeffery’s enchanting aria fills the space. A bass line enters the equation, and Headford assumes the lead. He takes us through our subconscious and then across the cosmos in an effort to find inner peace. For nearly four minutes, we find our sanctity. We find our utopia.

Once upon a time, we described James Supercave as “chameleons of their craft” because they move seamlessly and expertly between genres. They also create music for all occasions and moments. Get a stadium full of fans ready for the main act, provide the stimulus for club-goers to sweat, or create the mood for just two people. Or, just for one person, as they showcase on “Never Happened.”

The tune is an intoxicating cocktail of sultry, smooth R&B and the hypnotism of trip-hop. It is meant to be heard in the intimacy of a bedroom, where the song’s seduction intensifies. The song, however, isn’t a love ballad in the truest sense. Instead, frontman Joaquin Pastor reveals the emotional pain he’s experiencing after learning of his partner’s lies and infidelity. His words are filled with regret, wishing the two “never had happened” so the regret, heartache, and turmoil would be avoided. Despite the distress, James Supercave still find a way to make us groove. They really are chameleons of their craft.

RIYL: The Head & The Heart 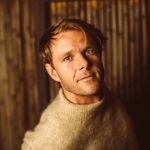 Josiah Johnson is an artist whose voice you know even if you don’t recognize his name at first. As a founding member of The Head and The Heart, Johnson traveled many roads during his eight years with the band. Now a few years into his solo path, he is sharing a triumphant single to mark the occasion.

“World’s Not Gonna End” finds Johnson peeling his own image from the mirror of his former band. But don’t worry: his vocals are even warmer now, enhanced here with equally rich backing harmonies. Over an upbeat tempo he sings of dealing with change and learning to embrace the resulting period of growth. The song’s sun-kissed vibe is a reflection of the artist in his new life chapter. It’s positive, encouraging, and infectiously charming. We dare you to suppress a smile when singing along with these lyrics:

The vocals and lyrics aren’t the only joyous part: the horns that arrive around the 2:22 mark are a jubilant fanfare as well – a fitting touch that heralds the start of this talented artist’s solo career.

This single is out now on Anti- and available for streaming and purchase from these links. Fans in the western U.S. can catch Josiah’s current mini-tour with details listed here. 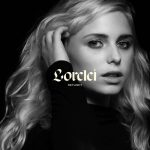 OK, this featured track isn’t “new” because it wasn’t released this year. So sue us (well don’t). The reason why we’re sharing a song released in November 2019 is that this Australian band is one to watch. They’re currently only a duo, but Claudia Schmidt and Arlen McCarthy – a.k.a. Lorelei – create anthemic dream-pop that bridges the vibrance of Alvvays, DIIV, and Wild Nothing with the intoxication of Lush. This comparison should say everything about the band, and if that’s not enough then hear “Skylight”.

The song kicks of with a smile-inducing, crystalline guitar riff and hip-shaking rhythms. When Schmidt’s stirring vocals arrive about 30 seconds in, the track takes off. The urgency and energy grow as Schmidt looks back at a relationship disintegrating before her eyes. While she looks in the rearview mirror, Schmidt and McCarthy should be (and hopefully are) looking forward because their future is bright. They could very well be one of Triple J’s nominees for Newcomer of the Year.

If you like the track, support the band by purchasing the song on Bandcamp. You can name your own price. 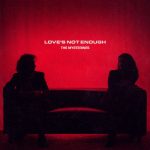 Let’s be honest: 2020 isn’t off to a great start. The world is a mess. There’s no sugar-coating it. Fortunately, the music so far has been outrageously good. Adding to our hope that the year will be filled with memorable tunes is “Love’s Not Enough” from Liverpool outfit The Mysterines.

Forget The Beatles as this young trio are taking over the streets of Merseyside. They’re already BBC and NME favorites (the latter named them one of the bands to watch this year), and it’s easy to understand why after hearing this single. Warm up your arms because you’ll be firing off plenty of air-guitar riffs, hammering hard on invisible drums, or plucking intensely at the non-existent chords of a Rickenbacker. And also loosen up the neck muscles and shoulders, as plenty of head waving and fist pumps will be launched. Needless to say, this track is an explosive, dynamic rocker sure to trigger seismic adrenaline rushes throughout your body. It’ll leave you exhilarated and hopefully for the future, not just in the music but also frontwoman Lia Metcalfe’s lyrics. Listen closely and she’ll make you realize that there is much more to live for than love itself.

Oh, we should clarify by what we meant by the band being “young”: Metcalfe (vocals/guitar) and George Favager (bass) are just 18 years old. Chrissy Moore (drums) is the elder statesman at 23. We expect to see these three rocking the Pyramid stage at Glastonbury in the not-too-distant future. For now, pre-save this tune from these links.

When Angel Olsen released the single, “Shut Up Kiss Me”, from her 2016 album, My Woman, she turned tension into a rapturous, pop-rock extravaganza. She wasn’t going to give up on her lover, nor was she allowing him to quit. But what if she could continue the tale? What would that story be? Our guess is that it would sound something like “Slow Down”, the terrific new single from Bristol-based singer-songwriter Nuala Honan.

In a similar vein to Olsen’s classic, “Slow Down” commences innocently before building into a groovy, head-shaking rocker. The multiple transitions reflect the confusion in the protagonist’s mind. Where once she sought love (in Olsen’s song), she now seeks clarity. She is struggling to make sense of the world and the messages it delivers. She exclaims early in the song, “Our motherland is crying from great distance / I’m sorry you’ll never get out”. Her lyrics indicate the imprisonment she feels is within herself. A whole new set of thoughts then stream through her mind, including her partner leaving during her struggles. She hollers, “I don’t think she’s good for you”, as she sees her ex walking down the street with another woman.

The various events and images Honan depicts in “Slow Down” are akin to reading a collection of short stories. In just over four minutes, Honan presents masterfully articulated imagery. She is currently recording her second album, so she likely won’t be flying under the radar for much longer. We recommend grabbing this single from Bandcamp while you wait for the full album.

RIYL: The Velvet Underground, The Jesus and Mary Chain, Slowdive 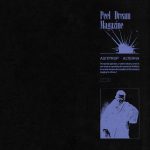 The newest album from New York City-based shoegaze project Peel Dream Magazine is a deep dive into lush textures. Take the lead single “Pill” for example: from the moment you hit play, you enter a soundscape that evokes some of the genre’s pioneers, The Jesus and Mary Chain and Slowdive. While “Pill” may be a hat tip to those legends in terms of structure, this tune is far from derivative.

For starters, Peel Dream Magazine is a much smaller project. The center of this massive wall of sound is Joe Stevens, a New York City-based musician who released the band’s debut LP in October 2018. As often happens to DIY bands, global name recognition did not occur overnight. However, given the sheer depth of the textures in “Pill”, we expect the upcoming album, Agitprop Alterna, will garner significant praise.

The moment you hit play is when the epiphany occurs: your rapidly beating heart says this is the musical experience you’ve been craving. The churning guitars stir your soul while the vocal interplay makes your head spin. What begins at full-throttle remains fierce throughout the three brief minutes. (Perhaps an extended remix might happen eventually?) If only the band’s namesake (legendary British DJ John Peel) were alive to experience the rush of hearing these tight hooks played loud. He would surely approve of what Joe Stevens (vocals/guitars/synth), Jo-Anne Hyun (vocals), and Brian Alvarez (drums) have created here.

The album arrives April 3 via Slumberland Records (North America) and Tough Love Records (UK) with pre-orders here and at Bandcamp.