The Matinee ’20 February 7 is filled with upbeat fare with one tune to settle things down. And because we have yet to do this in 2020, we’re going in reverse alphabetical order. It is a leap year after all.

So we said the songs lean more to the energetic side, and the first song on the mini-playlist may not start off with a bang. Never judge, however, a book by it’s cover – or in this case a song by its first twenty seconds. A little patience with Vundabar‘s new single, “Petty Crime”, will reward you with a delightful ear-worm.

With the buzz of a Wolf Parade in their youth and Metronomy’s penchant for head-noodling melodies, Brandon Hagen and Drew McDonald deliver a tune will induce plenty of smiles, bopping, and head swaying. The bassline, keys, and drumming create the jumpy atmosphere while the jangly guitar line, which occasionally bursts like Old Faithful, provide a summery, breezy vibe. Beyond the infectious sound, Hagen has written a terrific tale that is based on a friend’s arrest and subsequent beaten by the police and the desire to turn back time all the way back to ’93 to avoid the situation. If we could go back as far as ’93, maybe we also could prevent a lot of things from happening, such as November 8, 2016. In the meantime, this tune will make us momentarily forget about the reality TV show happening in the Oval Office.

The single is taken from Vundabar’s forthcoming album, Either Light. It drops March 13th on Gawk Records. 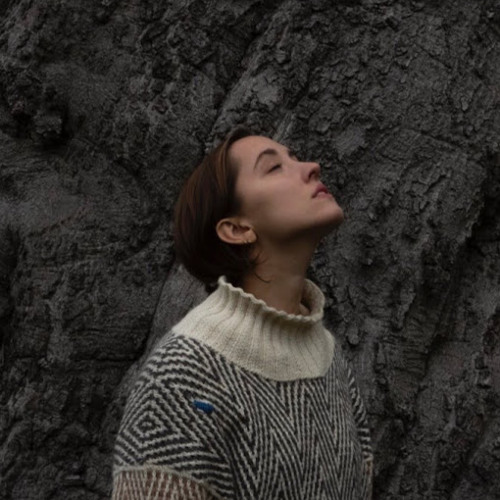 “Home” is the debut single from newcomer Talitha Ferri. There are some songs that just immediately grab your attention after first pressing play. It’s those songs you just have to marinate on. study and definitely hear more than once, “Home” falls into that category of forcing the listener to be fully immersed.  Ferri’s delicate yes mesmerizing vocals take hold of the listener and for 4:47 minutes, just won’t let go.

Ferri’s talent is undeniable and she pushes her emotions through her enchanting vocals, that the mood is palpable. There is a bit of melancholy throughout the track, but it’s interwoven with simplistic beauty.

“Home” is a love song but not the sweep you off your feet kind, more of the messy kind that could leave you later with scars.  The lyrics prove Ferri’s talent in being able to display vulnerability in her songwriting that many can relate to:

Don’t go, leave me alone / Won’t you hold me babe, I don’t feel at home /Miles away, but I don’t mind the cold / It’s a funny thing, it’s some kind of joke

“Home” is from Talitha Ferri’s debut album, Get Well Soon which will be released later in May of this year.

Talitha Ferri’s band consists of Joseph Ricci on lead guitar, Janus Jakobsen on bass, and Jamie Metcalfe on violin. We are sure it is only a matter of time before others discover this undeniable talent in both musicality and songwriting. Talitha Ferri is a talented force that is ready to impact the singer-songwriter space.  So far we have a stunning debut on our hands, and the future is extremely bright and so far hers for the taking. Talitha Ferri will definitely be kept on our radar this year.

RIYL: Christine and The Queens, Men I Trust, Why

Only one week lies between us and Steve Buscemi’s Dreamy Eyes‘ debut album, Sweetie, which will be released on Rama Lama Records. If you’re not a fan of the best dream-pop band in Scandinavia, what are you waiting for? Get on the bandwagon because the quartet of Edvin Arleskär (drums), Tilde Hansen (vocals/bass), Siri Sjöberg (vocals/synth), and Elias Mahfoud (guitar) consistently find ways to tantalize. Their stirring instrumentation leaves hearts fluttering while the immaculate and unique voices of co-front woman Hansen and Sjöberg are simply unforgettable. These characteristics are all displayed on “Set Me Free”.

The track is like an Andy Warhol painting – it seems simple yet it is complex and colorful as multiple genres are woven together. LA music scene soft rock of the ’70s, a bit of disco, a touch of new wave, and contemporary dream-pop meld together on this gorgeous track. You’re left pondering whether to stand and spin under the immersive instrumentation, lay down and let Sjöberg’s voice envelop you, or just gently sway within the jangly guitar riffs. There are several moments throughout the song that will leave mouths agape, particularly during the dazzling conclusion. As Sjöberg repeats, “Hoping for somebody to set us free”, you, like us, will probably be thinking Steve Buscemi’s Dreamy Eyes have just done exactly this for us. They have unchained us from our stagnant lives for a little while.

RIYL: Steve Gunn, Kevin Morby, U2 (when they do the acoustic rock thing)

As U2 fans (one of us was once a mega-fan), we have to say this – the Irish legends could only wish to write a song as catchy and brilliant as Roman Lewis‘ new single, “Sucker”. Before people go aghast with this statement, take a listen to the track and you’ll agree – U2 has never written an acoustic-driven rocker like “Sucker”. The closet they’ve come is when they play the alternate version of “Desire”.

We would be underselling the young London-based singer-songwriter’s skills, but his guitar skills and musical style have a lot in common to Steve Gunn (not to say The Edge is poor guitarist because he’s quite the opposite) while his introspective, storytelling approach echoes Kevin Morby. His lyrics are poignant, vivid, and bitingly honest, as he describes all the ways he’s been a “sucker” or just plain naïve.

“So who gets some cuckoo at least I’m not you-you,
But if you called me a hypocrite that would be true, too.
Yes, neither of us are perfect or even close,
But I’m the one stupid enough to love ’til I overdose.”

Lewis may consider himself to be a sucker, but at barely 20-years old he’s already writing songs way more thoughtful than songwriters ten, twenty, or forty years his senior. He’s a talent to watch. 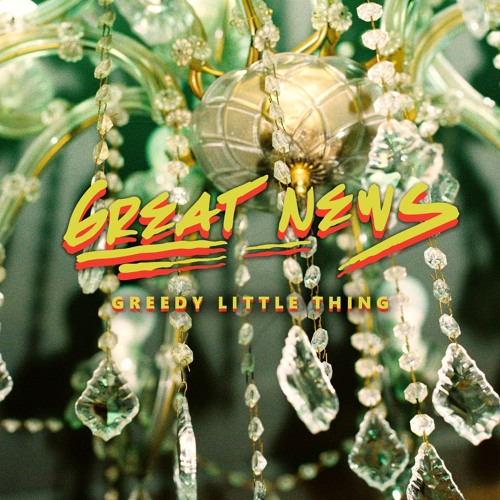 The band comments on the meaning behind the track: “It’s a song that came along very quickly, it sort of wrote it self. It’s about how we consume too much, and how we measure happiness through materialism. It’s just wrong.”

Our society is creating unrealistic and dangerous norms for self worth, importance of identity and being accepted through materialism. For a lot of people, self worth is also tied to acceptance through social media and upholding a certain image.

Great News is not afraid of tackling those realities but in a satisfying way. The overall vibe  on “Greedy Little Thing” is cheerful by displaying perfectly placed guitar riffs as well as a memorable and soaring chorus. It’s definitely a track that encourages you to move.

Great News are Even Kjelby, Lars Henrik Stoud Platou, and Ole Kristian Einarsen. The band’s sophomore album, Now and Them, will be released April 17th on EDDA Music.

RIYL: The Pains of Being Pure at Heart, A Sunny Day in Glasgow, My Bloody Valentine

Early in their careers, Melbourne-based quartet Flyying Colours created shoegaze music that reminded long-time fans of the genre-that-just-won’t-die of legends like My Bloody Valentine and A Place To Bury Strangers. The songs were big, bold, and searing. They rattled walls and blew minds with their energy and urgency. Now just a year away from their ten-year anniversary together, Brodie J Brümmer, Gemma O’Connor, Melanie Barbaro, and Andy Lloyd Russell have opted to slightly change direction and create a stadium-size anthem without compromising their shoegaze roots.

“Big Mess” is the adrenaline-inducing, body-thumping, roaring new single. It combines the addictive, chest-swelling indie-pop that The Pains of Being Pure at Heart perfected in the early 2010s with the sizzling, outsized shoegaze of MBV, Cocteau Twins, and Ride. As great as the dual, fuzzy guitars are, the song’s heartbeat lies in the propulsive drumming and hammering bassline, which causes the song to reach epic levels. Although the track will get people out of their seats, dancing, and throwing their arms up in the air, front man Brümmer reflects on his struggles to get out of bed and get moving. He recalls the mental illness that overcomes many, but there are ways to overcome them – and releasing and listening to a song as huge as “Big Mess” is one such way.

The single is out now via Poison City Records.

RIYL: Joan Jett and the Blackhearts, The Bangles, The Runaways

It’s hard to believe that Bethany Cosentino and Bobb Bruno have been rocking as Best Coast for more than a decade now. They arrived on the scene in 2010 with their summery, surf-rock debut, Crazy for You, but this distant time seems like a memory created yesterday. This is the legacy of the LA-based duo – they created an album that will be long considered on of the great records of the 2010s. They have released other very good LPs, but none were able to stand next to their outstanding first effort. But maybe, just maybe they’ve finally found Crazy for You‘s sidekick.

Their new album, Always Tomorrow, will be released February 21st on Concord Records, Best Coast have already released a couple of singles – the ’80s mellow-pop tune, “For the First Time”, and the ’90s melodic rocker, “Everything Has Changed”. The third single sees the band once again look into the past for inspiration, and the result is one heck of a rocker.

“Different Light” fuses the electricity of Joan Jett and the Blackhearts with the anthemic pop of The Bangles. It’s a banger that is made for dancing and losing your shit. The track is also made for contemplating one’s future and place in the big picture, which Cosentino vividly reveals in her words. As she honestly states:

“Asking myself all the time, what if this just goes away
Because I’ve gotten used to looking forward to another day?
Probably why I live my life in black and white and never grey.
Who am I to judge if you still see things in a different light?” 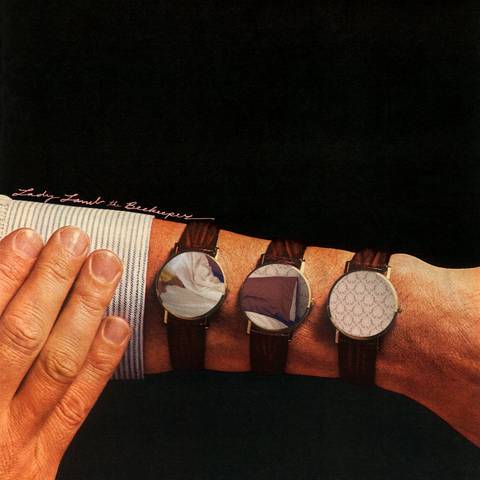 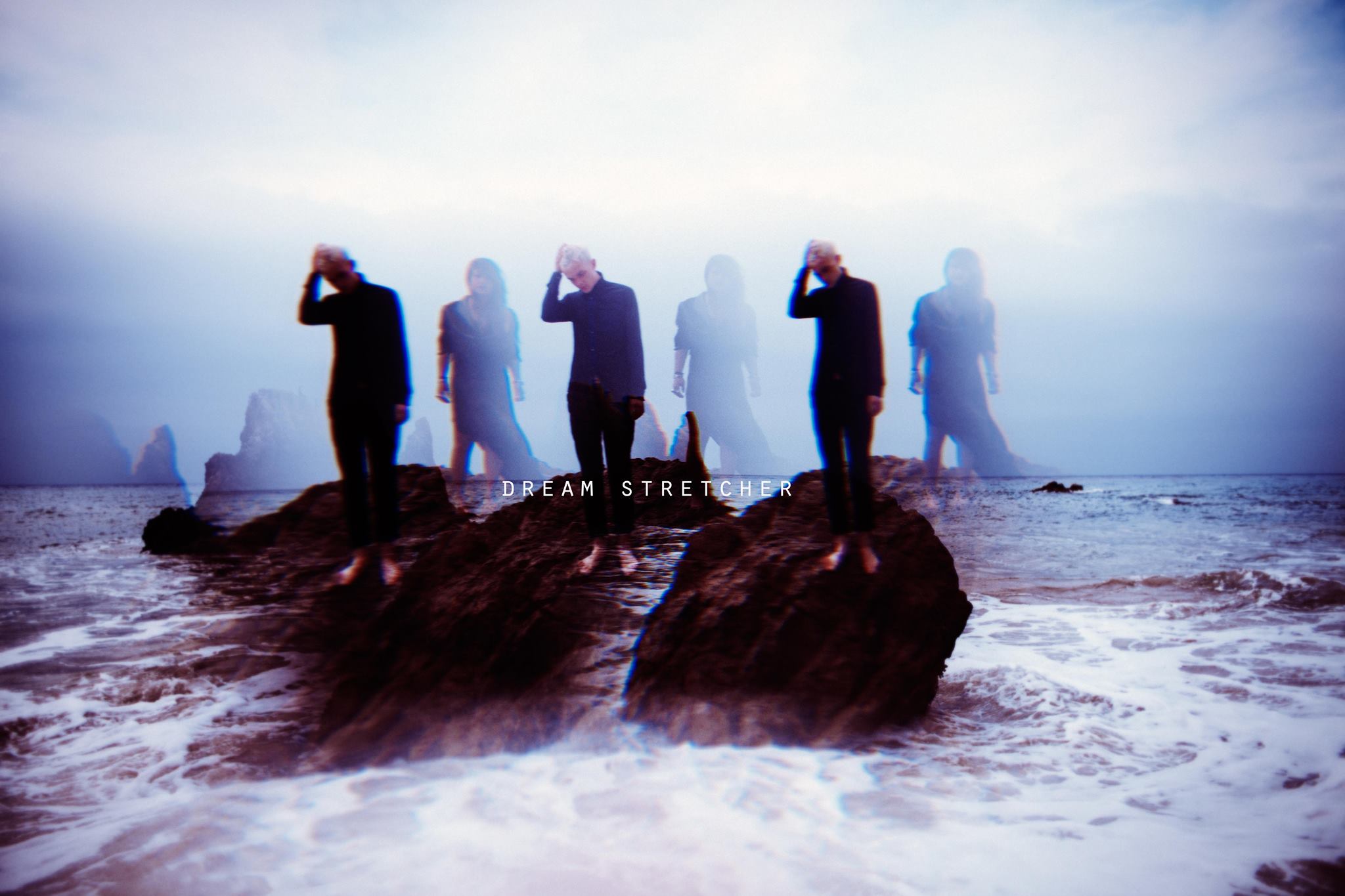