It’s Valentine’s Day, which means love is in the air. On The Matinee ’20 February 14 edition, we hope you will fall in love with these artists and songs. There aren’t really any love songs (did you really think we would do that?), but most of them will get you dancing, grooving, toe-tapping, or jumping. Given this special day, we’re trying something different, which means less text. 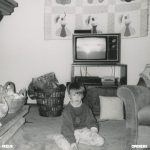 The breezy warmth of this new AMTRAC single transports you to a world of neon lights and endless possibilities. “Accountable” features vintage synths that evoke ’80s legends (Ultravox, Alphaville) while also channeling modern electro-pop giants Hot Chip and Cut Copy. So who is AMTRAC, you ask? And more importantly, why isn’t this musical magic-maker a household name? We can only answer one of those questions; the latter defies logic.

AMTRAC is the project of Kentucky native Caleb Cornett, a musician/DJ/producer/re-mixer who’s been making music for a decade or more. When he’s not headlining electronic music festivals like Ultra, Electric Daisy and Osheaga, AMTRAC is racking up the streams on Spotify – more than 100 million to date. We expect the release of his forthcoming LP, Oddyssey, will introduce this creative force to a broader audience of fans who need his brand of infectious grooves. The feel-good vibes that “Accountable” delivers should come with a warning about just how addicting they are. You’ve been warned!

This single is available now from these sources. We are already looking forward to hearing the full album that should arrive later this year via RCA Records.

It’s an extremely euphoric rocker. There is a definite throw back vibe going on. The intro could easily have been at the opening of a John Hughes film. Ophelia’s vocals are sweet yet exude a form of Joan Jett like badassery. 2020 very well could be the year for BLOXX where they gain well deserved international acclaim.

On “Coming Up Short”, the lyrics deal with every single relationship where you are questioning everything – your partner’s thoughts and if this is actually a good thing. It’s completely relatable subject matter wrapped in a warm swath of indie pop perfection.

“She said, “I want to be yours” but I’m coming up short
And I don’t know why”

The band is working on their much anticipated debut album and are supporting Twin Atlantic this spring.

RIYL: Solange, Blood Orange with a sense of humor

It’s Caroline Rose. Need we say more? She is one of the most clever singer-songwriters around: she can take the most mundane or overdone topic and make it humorous. Her new single, “Freak Like Me”, is the perfect example

“My love is a skin-tight suit / A turtle overcoat with steel-toed combat boots.” 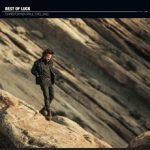 Singer-songwriters who pour their heart out in ballads don’t normally knock your socks off with the high-octane grit that Christopher Paul Stelling delivers on “Hear Me Calling.” This single from his newly-released (and Ben Harper-produced) LP, Best of Luck, oozes unbridled emotion and takes no prisoners conveying its point: sometimes healing is a solo act.

This soulful anthem is for anyone who’s put themselves back together in times of solitude. Instead of reaching for temporary fix in a bottle or a lover, Stelling admits, “Not only do I love to be alone / but to be alone is just what I need.” Tunes this fierce will warm your soul more than any casual Valentine, so crank it for full therapeutic effect.

Best of Luck is out now on Anti-. You can also grab it from Bandcamp or these other streaming/purchase links. Stelling is currently on tour in the USA and heads to Europe next month.

If the weather is still chilly where you are, then a band with one of the best names in music will warm you up. Or at the very least, Drug Store Romeos‘ new tune, “Frame of Reference”, will have you thinking about the summer day, ocean breezes, and late-night bonfires. This song is dream-pop perfection. It combines the spellbinding sounds of Chromatics and Still Corners with the dreamy shoegaze that bands such as Lush and Ride perfected decades ago. Consequently, you might find yourself dancing with your eyes closed and imagining you’re being swept away by tidal-wave of blissful sound. Or maybe you’ll be dancing like Charlie, Jonny, and Sarah, as shown in the video below.

(Note: we would love to see the cast of Stranger Things dance to this song.)

The single is out on Fiction Records. This trio are ones to watch, and hopefully they’ll get to showcase their art at a future SXSW.

Because we love good old-fashioned, ’90s post-punk, indie-rock tunes, just like what Sonic Youth did. We also love a track filled with clever lyrics and a band who is not afraid to challenge the status quo, like Pavement. These three things are rolled up in “Market Forces”, the awesome, awesome, AWESOME new single from LA trio Flat Worms.

Urgent, frenetic, and highly addictive, this banger will have you jumping (maybe mashing?) and pumping your fists. Or if you’re like us, during the fantastic chorus, you might find yourself doing The Elaine Dance from Seinfeld. The song itself is a critique on consumerism and materialism, where our personalities have become “cold chambers“. But the best bit is found in the chorus:

“Selling you back yesterday like it was never yours to begin with
Why are you sitting here all alone?
Nobody near you, no one to hear you
Was it your mind that did it to deceive you
Or was it market forces, too?
Maybe it’s true.”

This song deserves a “Fuck yeah!”

Because it’s blissfully quirky and uniquely produced. It has a bit of simplistic genius woven throughout the dance ready electronic beats. The vocals are magnetic and the chorus draws you in (the falsetto is killer and reminds of Genghar).

“Latest Nostalgia” tackles the realization that there is no shame in going back to your hometown . Sometimes our past can come full circle and being around your childhood memories or where you grew up isn’t always a bad thing.  This one is for those who settled back down where they came from and are completely happy and fulfilled. The lyrics sum it up pretty nicely.

Their new EP, Limbo Days, is out now on Heist or Hit. Download or stream it here. 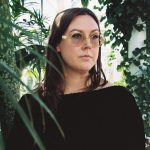 The moment we heard Nadia Reid sing in December 2014, we were hooked. Her debut, Listen to Formation, Look for the Signs, turned classic indie-folk into a memorable dream. Since then, she has repeatedly blown us away with her stunning vocals and impeccable songwriting. Earlier this year, she released the quietly haunting, “Get The Devil Out”, which is an early Song of the Year candidate. Her newest single is another spectacular effort that not only recalls some of Canada’s great storytellers but is a celebration of their art.

On “Oh Canada”, the New Zealander reminds us that great songwriting is a gift worth cherishing. Through a toe-tapping, alt-country melody, Reid sings about wishing to travel across the Great White North with someone close. As she dreams about the possibilities, she also recalls how relationships can disintegrate on the road. She wonders aloud: “I am lonely for you in Norway / I am lonely for you in Spain / Could you hold me in the darkness? / Would you tell the world my name?”

By now, everyone should know Nadia Reid’s name.

Reid’s third album, Out of My Province, will be released on her own Slow Time Records as well as Spacebomb Records. Pre-order it on Bandcamp.

There are several reasons why we had to share Pale Honey‘s newest single, “Treat You Good”. First, this is their first single single 2017’s Devotion, which was a deeply introspective and psychological album that we identified as one to not overlook. Our fandom, however, extended beyond that, as we identified Tuva Lodmark and Nelly Daltrey (who are now joined by Anders Lagerfors) as Artists to Watch in 2016. So, we’re a bit biased, but our belief in the trio only grows with this dazzling new single.

OK, “Treat You Good” is a love song, but it’s not a sappy tearjerker. Instead, Pale Honey have evolved. The song commences with the synth-pop radiance of CHVRCHES and Austra; however, it takes a sudden turn into the alt-rock territory they’ve paved in the past. The transition is terrific to accentuate how love can be exhilarating yet painful. It can make you want to run a great distance, twirl under the brilliance of the stars, or rock out with your best mates. And these are all the emotions that this wonderful tune evoke.

The single is out on Bolero Recordings. Hopefully an album is around the corner. 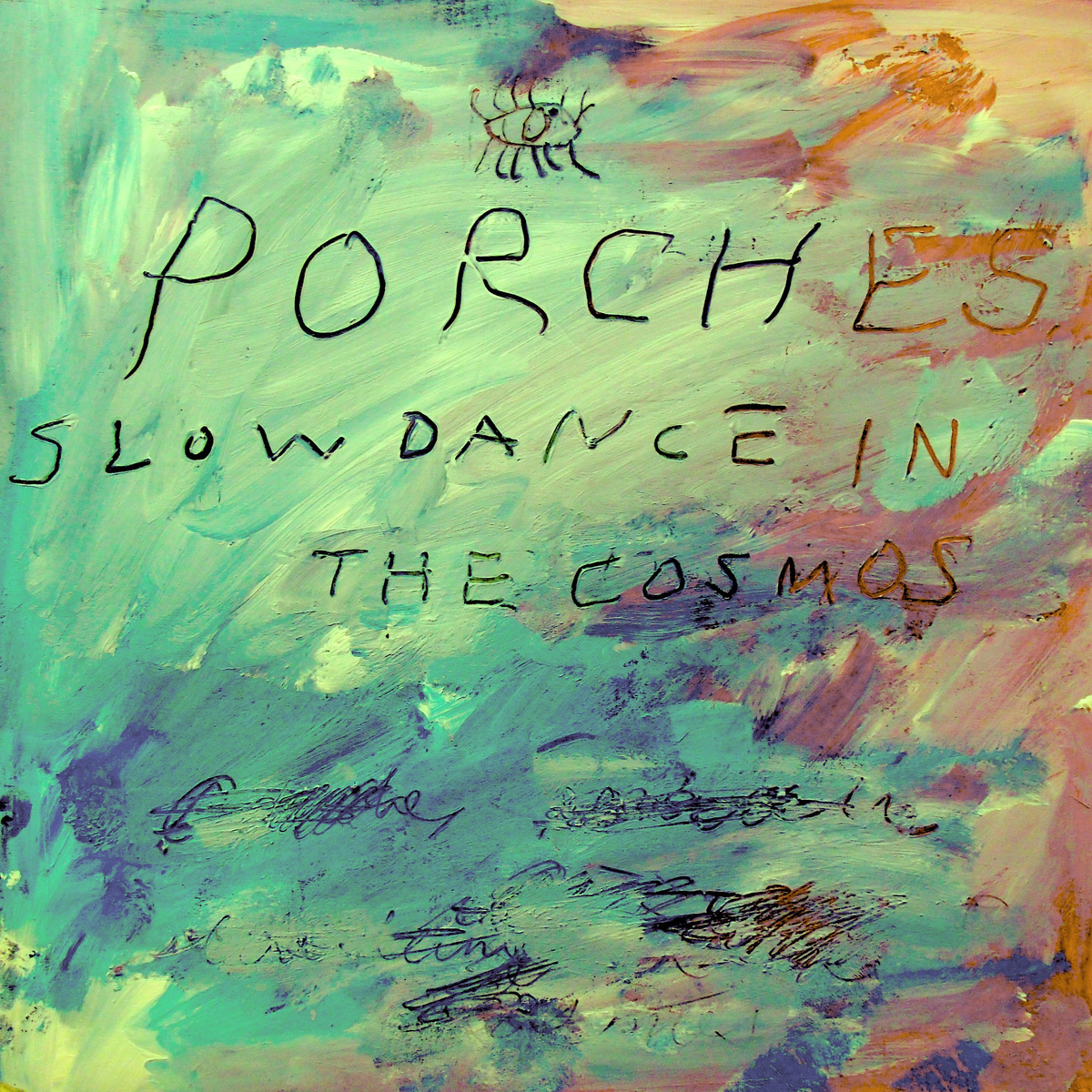 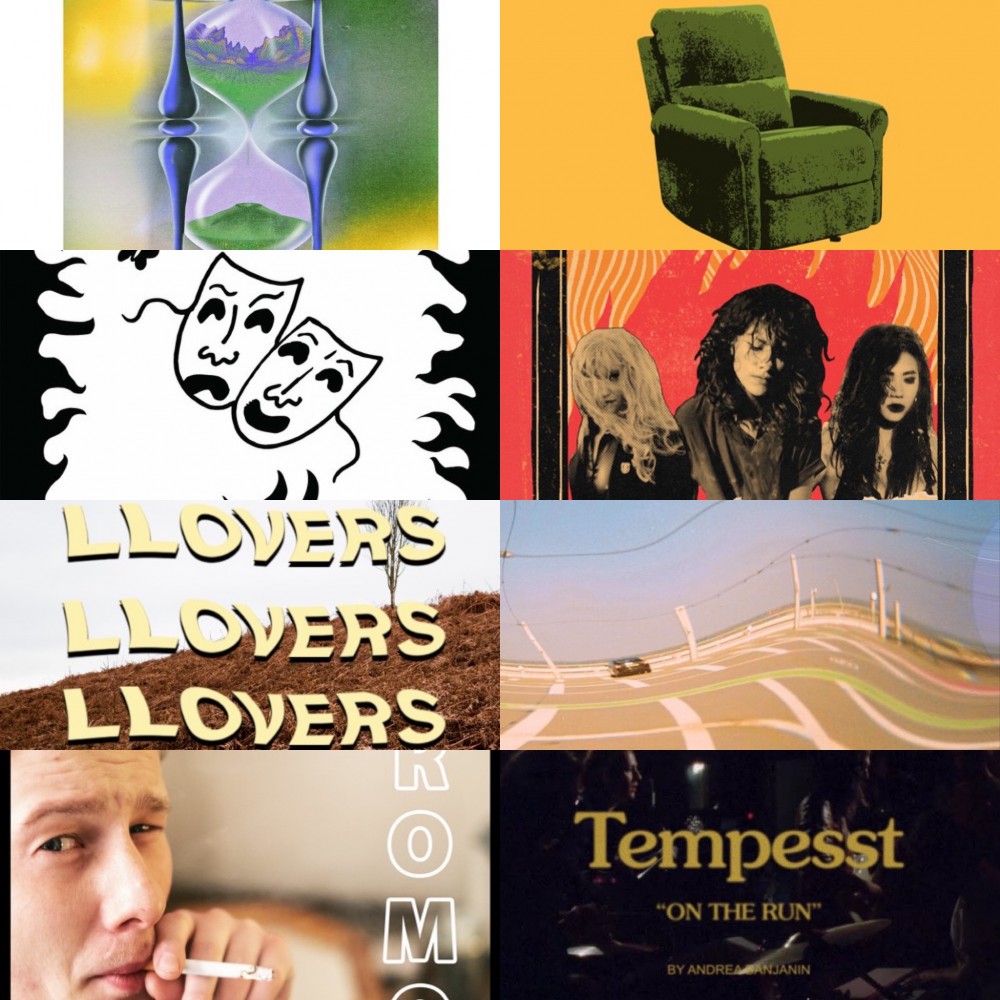