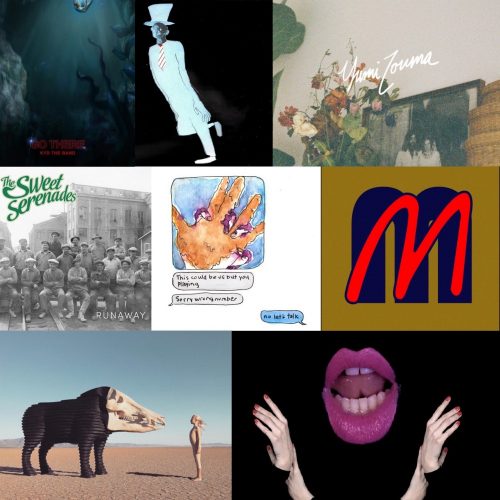 The Matinee ’20 February 21 will get your weekend off to a rousing start with 8 electric songs – musically and lyrically. Happy weekend everyone.

A. Swayze and the Ghosts – “Mess of Me” (Hobart, Tasmania, Australia)

Collectively we’ve attended thousands of concerts and seen our share of great performances. Every day as we are blown away by emerging talents across the globe, our list of must-see artists grows. Now topping that list are A. Swayze & the Ghosts, a post-punk outfit who hooked us with their scorching single “Mess of Me”. That’s how great this song is: it made us want to head to the airport and board the first flight to Australia.

With the swagger of early Rolling Stones mixed with the attitude of Brit punk band Shame, “Mess of Me” is pure raucous, gyrating rock ‘n roll. It is brilliant in its formulation, featuring no fewer than four transitions and mood swings. It jitters and turns feverish, then slows to a groovy, Mick Jagger-like swagger before it finally erupts. This frenetic pace reflects Swayze’s tale of how self-destructive behaviors like addiction are intergenerational. With his Jagger-esque vocal he hollers:

“Daddy’s got him a new scheme / He needs a win, baby
Mommy’s laying back drinking gin / She’s going to leave maybe
I’m just sitting back like a kid / I just want to know, know, know
‘Cause I’m always trying to make a mess of me / And I can’t hold back!”

In case you cannot hear the tune due to regional restrictions, check out the video below. It’s worth viewing.

The band are Andrew Swayze, Hendrik Wipprecht, Zackary Blain, and Ben Simms. The song is out now on Ivy League Records. 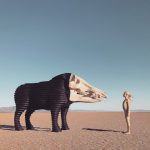 Fridays call for upbeat fare. This is why we like to include new tunes that boast catchy riffs and/or raucous swagger. The latest from Los Angeles-based indie stalwart MAN MAN happens to have plenty of both.

“Cloud Nein” is a dual triumph: it marks the return of the project lead by Honus Honus (né Ryan Kattner) after six years and his first release on Sub Pop Records. These feel-good vibes wallop you with a one-two punch. First come the bright horns as colorful as a Mardi Gras parade. Then the lyrical finger wagging further drives home the wake-up call:

“Nothing ever lasts
Haven’t you learned this by now?
Were you born in a bubble?
Were you raised on a cloud?
I don’t wanna know if
You’re living on Cloud Nein
You’re living in denial”

The epic, 17-track Dream Hunting in the Valley of the In-Between arrives May 1st via Sub Pop. Find your pre-order options here.

RIYL: Twenty One Pilots, The Killers, Portugal the Man 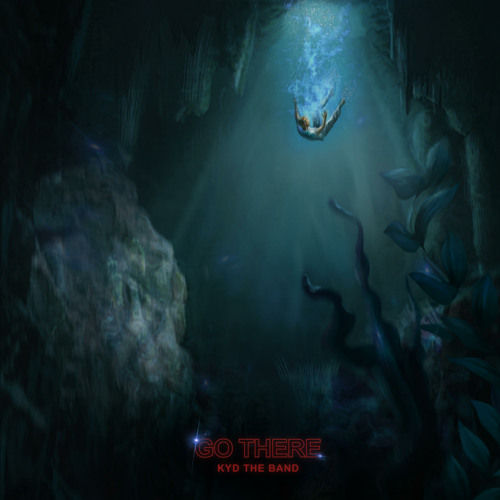 Kyd the Band has been creating emotive tracks for the past few years. “Go There” is the latest release and it completely showcases the songwriting talent singer Devin Guisande posesses. After touring with the likes of NF, Kyd the Band has continued to garner fans worldwide and is now working on a record deal with Sony/Four Music.

“Go There” is pretty much of the epitome of marital vows to a certain extent, especially the “for better or worse” part. The lyrics explore the reality that relationships are not always pretty and perfect, but can be real and sometimes dark.

“Would you go there?
To the darkest parts where the water’s deep
Where you risk it all and might get blood on your sleeve?
All those places where it’s not always beautiful
I wanna go with you, so would you go there with me?”

Musically the track takes on a simplistic electronic form, but what clearly shines is Guisande’s transparent lyrics and stirring vocals. So far, 2020 could be the year for Kyd the Band to make and impact, especially with a label behind him. 2020 definitely looks bright and kyd the band is one to watch. 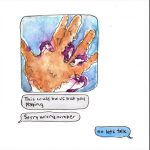 Where shall we begin when discussing Canadian Maddie Jay? We could discuss her upbringing in northern British Columbia, but everyone has done that. We should mention that she’s a classically-trained violinist, having played the instrument since she was a very young girl. She later picked up the fiddle and jazz violin before stumbling upon the bass guitar. At that moment, her life as the lead violinist with the New York Philharmonic was ushered away, and a whole new life emerged. She went on to study at the prestige Berklee College of Music, where she played with a funk-jazz band called pH Collective. Now, she’s a social media star (check out her Instagram) and a burgeoning songwriter and pop artist. Given her diverse background, one would expect her to think outside of the box, which she does with “The Peanut Butter Song”.

The song is a clever and brilliant mix of indie-pop, synth-pop, R&B, jazz, and the oft-kiler, slacker-rock that fellow Canadian Mac DeMarco popularised. It is cool and funky(Jay’s bass line is hypnotic) yet quirky but intelligent, and it could easily be spun in a hip café or an exclusive night club in the Hollywood Hills. Jay’s talent extends beyond the musicianship and composition, as she has written an immensely clever tune. No, the track isn’t about eating nor childhood pastimes. Instead, Jay reflects back on past toxic relationships, and how her past relationships may have been sweet at first end up being horribly bad for her. Kind of like peanut butter (and no matter how much you like peanut butter there is a limit).

Support this talented young artist by purchasing the tune on Bandcamp. 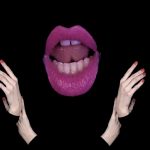 The legendary CBGB may be closed, but someone should consider re-opening it (or a new version of it) because a punk renaissance is happening in the Big Apple and across the northeast. Should someone come forward, then the world will get introduced to a band that could very well one day be recognized as the 21st Century Blondie. This might be high praise, but NYC outfit Public Practice will make you believers after hearing their latest single.

“Compromised” possesses the same electric urgency of the legendary band – from the percolating rhythms, stammering guitar, and the Debbie Harry-esque vocals of Sam York. It’s post-punk that will make you want to dance, strut like a bad ass, or go ballastic and just lose your shit. But whatever activity you choose, unchain yourself from your cellphones, calendars, and desks, and let go. Unleash yourself from all the “compromises” that York describes in the track and stop living a lie. So not just sonically are Public Practice like Blondie, but they also channel the greats’ social and political enterprise. 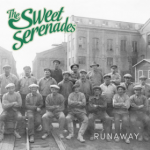 Swedish duo The Sweet Serenades continue to delight us. Last month we danced to their synth-driven “The Night Goes On” single. Now we enter the weekend immersed in the equally smooth vibes of “Runaway.”

There is something special about this band’s sound that keeps us coming back to sing their praises. Their seamless blending of classic synth-pop elements with modern freshness appeals to a wide ranging audience. What you get on “Runaway” is a hint of Bruce Springsteen fused with the hazy textures of The War on Drugs. The result is a tune so smoothly addicting it may compel you to follow its lyrical advice:

The Sweet Serenades plan to release their new album, City Lights, next month. Stay tuned for details. While you wait for the arrival of that LP, be sure to check out their discography on Spotify. 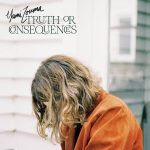 Some bands consistently deliver music that feels like ocean waves washing over our bodies on a hot summer day, and Yumi Zouma are one of them. Their synth-pop is almost always blissful, like “Cool for a Second” which they released last month. For the third release in support of their forthcoming album, Truth or Consequences, they pick up the pace but retain the summery feel.

If it’s sunny where you are, head outside. If it’s cold and chilly, let your mind wander and imagine white sand beaches and endless sunshine. Then press play to “Southwark”, and you’ll be immediately believe you’re in paradise. The opening synth line is spellbinding while frontwoman Christie Simpson’s voice is stunning. You’ll want to close your eyes and inhale every wistful note and feathery beat. As enchanting as the music is, Simpson’s lyrics tell of a woman who has been hurt by someone who should have loved her and by secrets that created walls between them:

“Written in your past was a story untold
When I wasn’t so smart, I was letting off smoke
Like a cigarette or a dying flame.” 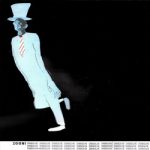 When Wild Beasts announced their “retirement” two years, a huge void was created in the UK art-rock scene. Some cool bands have stepped up to the plate, but Brighton-based quartet Zooni just may be the heirs to the crown. Although they’re relatively new to the scene (about a year into their existence), each song they’ve released has been eye-popping brilliant. Their newest is perhaps their crowning achievement.

“Dissolve” is a hypnotic, mesmerizing affair. The urgent stutter of the rhythms, synth, and guitar create a suspenseful soundscape. Frontman Peter Martin’s voice is calm at first, as though trying not to raise the alarm. But then it suddenly rises and he utters, “Midnight blue / Is in her eyes / It makes you beat / Like a hummingbird.” The bridge is glorious in a Grizzly Bear way, as the song comes to a near stop with the exception of a trickle of instrumentation. Then the intensity builds, and we are engulfed by this great blue sea that is “Dissolve.” Or more accurately, we fall deep into the abyss of Zooni’s wonderful artistry.

The single is out on Square Leg Records. Zooni are Peter Martin, George Godwin, Ben Clark, and Matt Glasbey. These guys are going places. 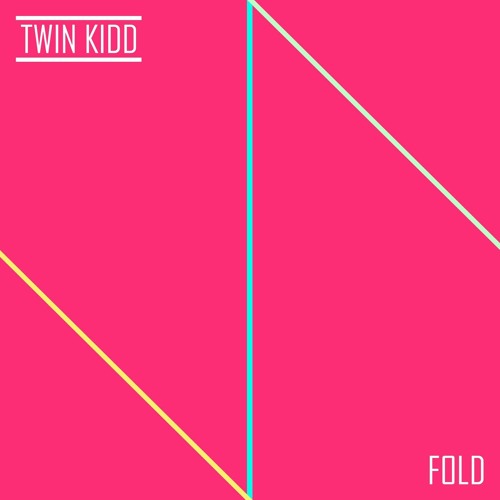