The Matinee ’20 February 28 features seven tunes that we surely get you ready for the weekend – or at least celebrate the end of a tough week. Familiar names occupy the mini-playlist, so you know the quality will be exceptional.

It takes nearly a day of driving to reach Los Angeles from Austin, Texas. You are sure to miss some gems on that dusty stretch of I-10 that snakes across New Mexico and Arizona. Perhaps this explains why the mystifying Jess Williamson has yet to achieve household name status despite having multiple albums under her belt. Too many music fans have so far overlooked the transplanted Texan. Hopefully this single from her forthcoming Sorceress LP will help those wayward souls discover this gem of an artist.

“Wind on Tin” straddles the line between indie folk-country and Americana pop. Her honeyed vocals evoke Cowboy Junkies while her languid, Hope Sandoval-esque delivery is downright hypnotic. Queue this one on your next road trip. Once you surrender to its heady charms, you’ll remain spellbound. Now is the time to get to know Jess Williamson: a voice this beguiling doesn’t remain a hidden gem for long.

Williamson’s new album, Sorceress, is out May 15th via Mexican Summer. Pre-orders are at Bandcamp. 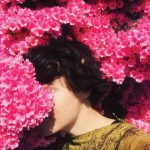 Whether she’s co-leading the alt-pop marching band that is Rubblebucket or stretching the boundaries of indie-pop and electro-pop as Kalbells, Kalmia Traver is undoubtedly one of music’s leading innovators. Her debut solo album, Ten Flowers, was an astonishing display of sonic artistry. It was joyous and heartbreaking, euphoric and painful. It was her sigil, and her rallying cry to all of us. In her return, she’s taken the emotions depicted in an entire into one sensational single.

Prepare to imagine yourself twirling under the glittering reflection of a disco ball while spinning “Cool and Bendable”. It is a dazzling, spacey mind-warp that combines the grooviness of ’70s disco with the delirium of early ’00s electronica. For nearly 3 1/2 minutes we are lost inside Traver’s sonic vortex, and then she does the unexpected – she hammers the brakes. Suddenly, we’re drifting in momentary silence before the track accelerates once again and off we traverse through this delirious world in search of “something special, something cool and bendable”. It’s not an object she and we are seeking, but to rediscover who we are once again.

“Cool and Bendable” is available from these links. Traver’s new album, Mothertime, is available for pre-orders at Bandcamp. The journey officially launches April 10th via NNA Tapes. 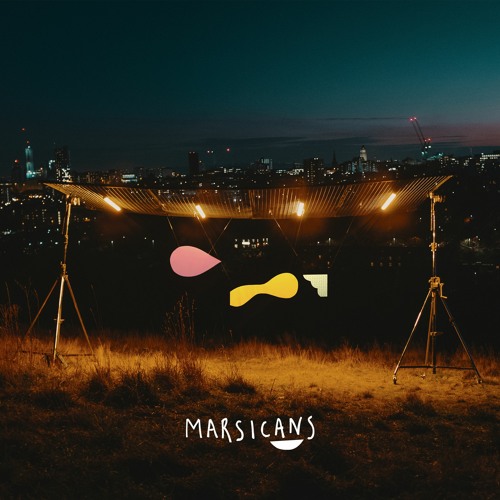 We have been singing the praises of Marsicans for years now, folks. If you’ve been waiting for an opportune time to jump on their bandwagon, it’s now. Their highly anticipated debut album Ursa Major arrives in May, and each single makes our pulse race more than the last. A few weeks ago we devoured their hook-heavy “Can I Stay Here Forever (pt II)”; they serve up equally ebullient indie rock on “Juliet.”

This tune could be the soundtrack of all our lives: who among us hasn’t had moments of overthinking? Who hasn’t needed something (or someone) to get us going when we’re frozen by indecision or fear? These upbeat tempos alone are enough to wake the comatose. But add in the rousing chorus with its scorching riffs and percussion and you’ve got a smash indie hit. Expect this banger to flood the airwaves and summer festival stages. It’s everything you want in a feel-good anthem: passion, energy, and supremely danceable beats.

Killing Moon will release Ursa Major on May 22nd. Get your pre-order from these links.

We can always count on Australian bands to provide sun-kissed music that warms our winters. Indie outfit Spacey Jane have a sound that’s hot enough to melt glaciers. They capture the very essence of sunny days on their new “Skin” single. One listen and we’re certain you’ll be as wowed as we are.

Sure, “Skin” is a scorcher. There is no denying the band’s chemistry and technical prowess. They serve up modern indie rock licks with a subtle ’70s undercurrent. “Skin” sounds like it’s from a band who have been performing together for decades. Are they channeling their forebears like T. Rex and ELO? Or have they sold their souls in exchange for this much talent? The more we listen to “Skin”, the more questions we have. We suspect this four-piece from Fremantle will provide answers on their debut album, Sunlight.

It arrives June 12th via AWAL. Fans in Australia and New Zealand can get a sneak peek by attending their gigs in March and April while UK fans can catch them in May. Dates and information are here. 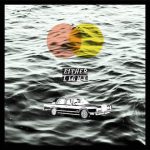 If this was 2005, Brandon Hagen (vocals/ guitar) and Zack Abramo’s (bass) project, Vundabar, would be indie – if not mainstream – stars in much the same way MGMT and Foster the People. Their brand of indie pop-rock is catchy and addictive, like “Petty Crime”, which was released last month. Sometimes, they will release a hyper-active tune that will get people jumping and dancing, which they achieve with “Montage Music”.

Seriously, get the calves stretched and the arms warmed up because the duo unleash a furious, jangly pop-rock number. You’ll be bouncing around the house with arms flailing in all directions. Given the activity level, this “Montage Music” should be on the next generation of Malcolm in the Middle with its ear-worm hooks and clever lyrics about a young person learning some hard lessons.

“Might might not be right, but it might get you what you like: another blood stained refrain
Baby, how well can you wear your cross to bear, you suffer fools like god’s only
I want a life outside of pain, the price is right and sour cream: a midsummer night’s dream
And I won’t stand for that, but I might sit for it
Oh baby tell me good things!”

Heck, this song could be the montage music for all of us – or played on your next aerobics class.

The song is from Vundabar’s forthcoming new album, Either Light, which drops March 13th on Gawk Records. 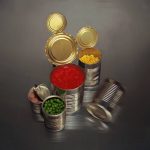 Last month, The Wants (featuring members of NYC punk band Bodega) introduced themselves to the world with the revved-up single “The Motor”. Seriously, the tune features the revving engine of a motorcycle. Whereas that track made you want to drive aimlessly around the Big Apple, “Container” will get you out of the car and strut down Greenwich like you were the boss of the neighborhood.

May as well just say it, this song is bloody awesome. It’s the new anthem for this generation’s Tony Manero, who walks with a stagger in his white polyester suit without a care in the world. Who cares if people are looking at him crossed-eye because he is the shit. The disco-punk drum beat and the funky bass line are enough reasons to feel like “Lucky” Luciano, but Madison Velding-VanDam’s lyrics give you confidence. Actually, they might make you giggle a bit, as he describes a person getting torn apart and put in a box. If you have that kind of power, well, then this song is for you and you are indeed the shit. 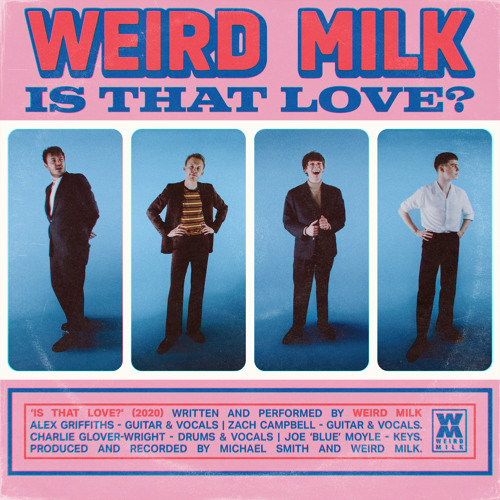 Sometimes you hear a band whose sound confounds you: are they new or an obscure British Invasion-era group you should know? Emerging indie rockers Weird Milk are one such example. The North London-based band stopped us cold in our tracks with their ’60s throwback offering “Is That Love”.

Deliciously satisfying, every note seems plucked from a bygone era or a Nick Hornby novel. The first verse floods your ears with groovy, understated vocals and instrumentation. Then the chorus arrives with harmonies that would make The Beach Boys envious. Weird Milk incorporate the best of the past with the freshness of the present. They have not been on our radar until now, but they have made a remarkable first impression. Weird Milk prove the adage that “everything old is new again” with their retro-inspired sound that should appeal to fans of all ages. This is no easy feat.

We’re confident Weird Milk will lead the Next British Invasion when they play SXSW next month. You can help make that happen (click here for details) by purchasing their music and merch. 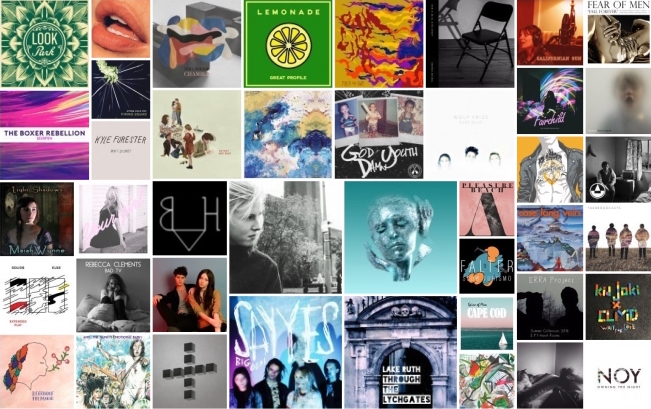 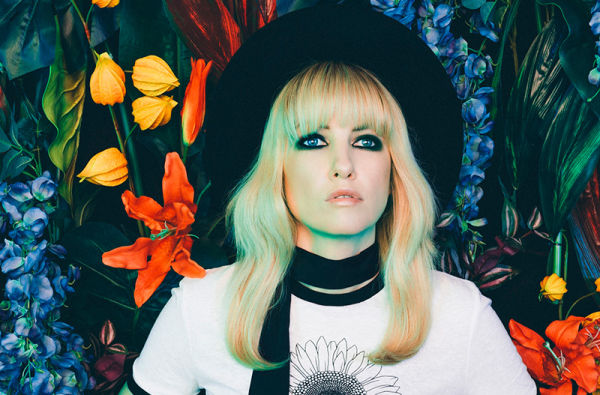