In celebration of International Women’s Day, we present a special Sunday edition of The Matinee. The mini-playlist features seven artists or female-fronted bands, many of whom have been featured in the past. Two, however, are are making their debuts. We hope you enjoy their music and appreciate and celebrate their immense talents. One final word, hopefully I’ve avoided “mansplaining”, but if I have I apologize in advance.

Despite its small population (only 10 million people), Sweden has produced an incredible number of outstanding women artists and female-fronted bands – from disco and pop superstars to indie giants. This trend, which is entering its fifth decade, shows no signs of slowing down with the emergence of groups like Beverly Kills. The quartet burst on the scenes in 2018 with their euphoric, exhilarating rocker “Fourteen”. 2020 should lead to bigger and better things, as Alma Westerlund, Viggo Mattsson, John Jonsén, and Hampus Höggren’s debut EP will be released next month. From it, they unveil “Seven Sisters”.

The track is quintessential, Swedish, gothic, indie rock. It is stylishly dark and propulsive with the probing guitar, harrowing bass, and distant synths creating the nervous, midnight dreamscape. But this realm is a prison, and you cannot wake from it as Westerlund’s soaring vocals grab hold and captivate. She’s here to tell us a fairy tale, but it’s a tragic love story of one man’s obsession with the woman he sees in the water. Her name is Ariel, and her world is the sea not the land. That won’t stop him from getting what he desires, as Westerlund asks him, “Is this everything you’ve longed?” Will he go to the ends of the Earth to find her?

You decide how it all ends or wait until April 17th, which is when Elegance in a State of Crisis will be released on Welfare Sounds & Records.

Most artists take years to perfect their craft, often going through various stages before figuring out what they want to do and write. Then there are phenoms like Luxembourg’s Karma Catena, who only started playing music at 15 years old and was busking at 16. Now having just turned 18, she is on the fast-track to global stardom as C’est Karma. She could very well be the next Billie Eilish, and her newest track evidences her enormous talent and potential.

“Girls” is part indie rock, part electronica, part art-rock, and completely brilliant. It echoes the dark, cinematic rock approach of Anohni while maintaining the edginess of GURR. Her songwriting is akin to the aforementioned Eilish, as she writes songs about everyone and not just herself. In terms of “Girls”, Catena has written “a love song for women”. While she acknowledges that she has shared many of the same thoughts and experiences of other women (e.g., being taller, smarter, had more ideas), she realizes that she and everyone else are stronger than they have been told and she encourages women to celebrate who they are. Not just today, but every day.

The single is out on Radicalis Music. Look out world, a new star is born.

Eliza Shaddad holds a very special place in our collective hearts for her grace, intelligence, empathy, and a voice that consistently has us shivering. This is just her music, as she also holds a Master’s degree in philosophy, is a multi-linguist, and does a lot of community outreach. She is what everyone, including ourselves, aspire to be. Focusing on her music, she has long moved us with her widescreen indie-rock approach and stories that could form the basis of novels or screenplays. She, however, throws a curveball with her most recent song, which isn’t an original. Instead, she covers a Brit-pop classic.

Shaddad has taken All Saints’ top-charting ballad, “Pure Shores”, and turned into a spellbinding piece of dream-pop. Her rendition retains the trademark Shaddad sound – a gorgeous urgency interspersed with breathtaking moments, glistening guitars, and her stirring vocals. She has turned a hit song into something that is all her own – something that reaches the very edges of the atmosphere and leaves you in complete awe.

Haddad’s latest EP, Sept ~ Dec, is out now, and it’s available on Bandcamp.

In the bio for Grizzly Coast, founder and front-woman Alannah Kavanagh states the project comes from her “imaginative and highly-analytical mind”. Only a fellow Canadian would openly admit that she’s “highly analytical”, which also happens to be the music we love to hear. Why? Because the theme will be thoroughly thought through and the storyline smartly articulated (i.e., there won’t be needlessly, mind-numbing repetition). So if you’re like us and love great stories in songs, press play on “Forever”.

Musically, the song is terrific with its jazz-influenced, alt-pop approach. It’s like waking up in the morning with the sun beaming through your windows and birds chirping outside. Her story, though, is not one worth celebrating. Rather, she reflects on the disintegration of a relationship, as her partner prefers to stare at images on his computer rather than looking her in the eyes. Her lyrics are straight-to-the-point and vivid. There’s no beating around the bush in describing what has happened.

“You like her pictures on the internet.
She is a delicate elf, glittering eye shadow with all those gaudy clothes.
You tell me how I’m your twin,
Age appropriate, you and I have lived through it.”

Speaking about young talents, Millie Turner has been turning heads since she was 17 years old. At the time, she released “Shadow”, which echoed the musical brilliance of Grimes with the lyrical poignancy of Lorde. The song left us and surely many others repeatedly uttering, “OMG”. Now 19 years old, Turner continues to create head-turning music – or in the case of “Jungle”, an uplifting, energetic tune that will make you and anyone feel like you can take on the world.

Like everything Turner has done to date, “Jungle” is meticulously-crafted electro-pop. The track radiates with an infectious tidal wave of energy, as beats and synths burst in every direction. Turner’s sensational vocals pop above the euphoria, and her words are a mantra for young people – particularly young women – that they must understand the present to succeed tomorrow. Her references to the self-absorption caused by social media, such as Snapchat, is clever, indicating that they cause us to live in a box. The world, though, is a jungle, and young people must set themselves free of all constraints if they are to find their way and, thus, own the future.

Maybe one day Turner will run for office because the world could use more visionaries like her.

Partner – “Good Place To Hide (At The Time)” (Windsor, ON via Sacksville, NB, Canada)

RIYL: Bully crossed with Rush and Built for Spill 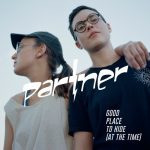 In just roughly six years, Lucy Niles and Josée Caronand – a.k.a. the masterminds behind Partner – have emerged as one of Canada’s great rock bands, filling the void that Japandroids have created with yet another “hibernation” (that’s their words). But whereas their Vancouver cousins focus on fiery garage rock, Partner are an indie-rock band with a classic but unpredictable sound. They can channel Sonic Youth in one moment, become a more intense version of Deerhunter in another, or transform into Speedy Ortiz of the north. You just never know what the pair and their pals will do when they hit the stage or release a new track.

On “Good Place To Hide (At The Time)”, Partner bridge the past with the future. The track has the subdue intensity of Bully, but it also features proggy elements à la Rush and the off-kilter indie-rock of Built for Spill. The guitar playing, in particular, is outstanding with a solo that would make Alex Lifeson look on with immense pride. Where the two women excel, though, is in crafting meaningful, honest songs. In this case, they admit to the struggles of carrying on with each day, where it’s even difficult to open their eyes. There is hope, however, in their words. If there are to change their lives, then they’ll need to become unglued from their bed and put one foot before the other. To take charge and make change.

The single is out on You’ve Changed Records, and it can be picked up on Bandcamp.

Tanner Peterson, who goes by the stage name Tanners, was born about twenty years too late. If she was old enough to release music in 1982 or even 1991, she undoubtedly would have been a star. She would have given Madonna, Tiffany, or even Britney Spears or Paula Abdul (if we’re talking about the ’90s) a run for their money. She’s a throwback in every stretch of the imagination, which is why she’s been a favorite of ours for two years. If this is the first time you’re hearing about her, then “Night Move” will explain why we are fans.

“Night Move” is pure suspenseful, groovy, dark synth-pop. It’s meant to be played in your car in the wee hours of the morning, as you wander off to your next destination. Through the deserted streets, your head bops to the infectious beats while your mind becomes entranced by Peterson’s sultry vocals and story about finding yourself in these dark moments. In these dark times. The sound may be retro, but her message is extremely relevant.

On a side note, we can’t wait to see the video, which hopefully will feature a Janet Jackson-like dance routine (we’re specifically returning to “Rhythm Nation” and not “Love Will Never Do”). 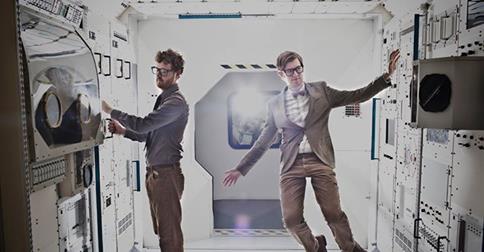 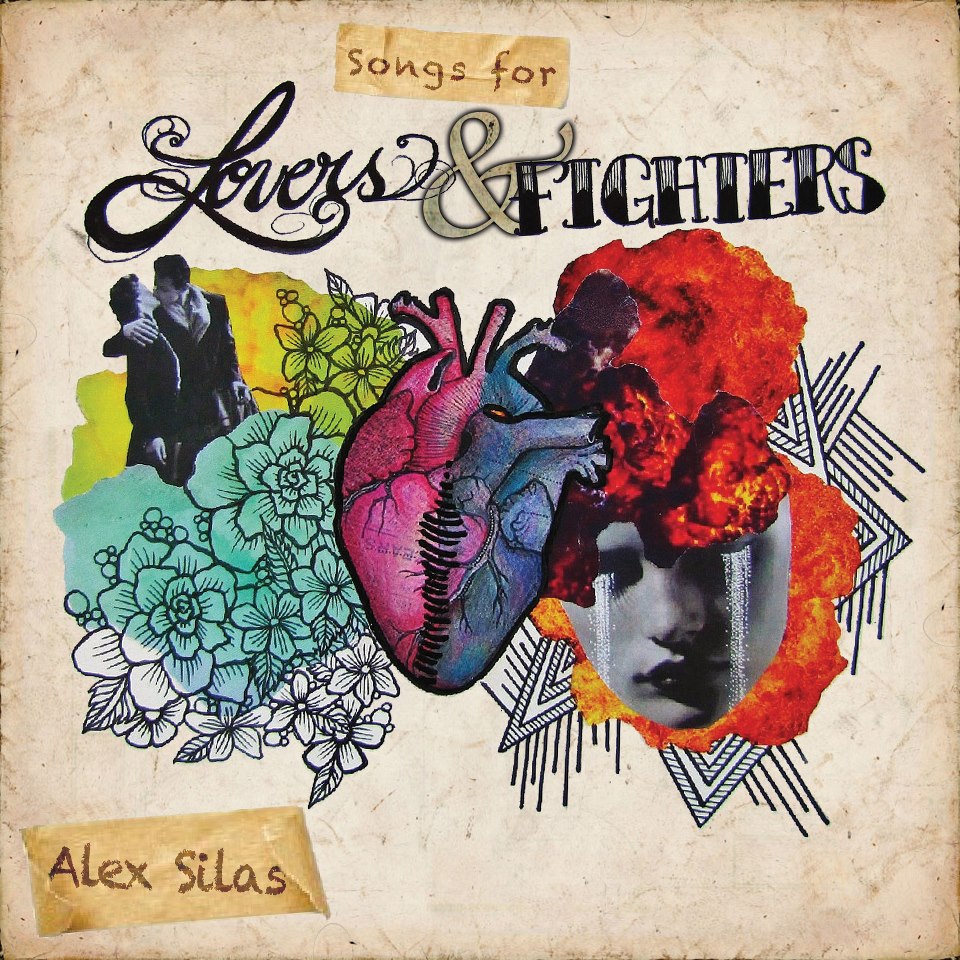