Today, it seems the world has gotten a little more lonely. The elation, joy, and smiles that should accompany the oncoming spring are silent. Although we all wonder whether this tidal wave of uncertainty will pass quickly, we’re likely in this for quite a little while longer. But we can still find something new to enjoy and get us excited in during these bleak times. The Matinee ’20 March 16 edition features seven songs. Some of them will provoke you to consider your situation past and present and others will make you want to dance like there’s no tomorrow.

In less than two years, Dream Wife went from being “emerging” to true indie superstars. Their rollicking, full-throttle brand of garage punk-pop with witty lyrics made Rakel Mjöll (lead vocals), Alice Go (guitar/vocals), and Bella Podpadec (bass/vocals) a must-hear band. After initially being ignored, they were eventually added to plenty of festivals, as word spread about their high-energy, sweat-inducing live shows. Following the release of their 2018 eponymous debut album, which was an absolute riot, they earned highly-coveted slots opening for Garbage, The Kills, and Sleigh Bells. With their sophomore album due this summer, soon they’ll be the ones selling out the O2 Arena with emerging bands lining up to open for them. If you’re late getting on the bandwagon, let “Sports!” be the start of your fandom.

Clear out the furniture in your room because this song will have you dancing. “Sports!” is prototypical Dream Wife: fiery, flamboyant, and full of attitude. The trio channel their inner Runaways in the first half to get the blood flowing. For the final minute they unleash a rollicking, fist-pumping crescendo. No Dream Wife song is complete without Mjöll’s clever lyrics. She uses plenty of sports jargon to describe how life is treated like a race and a competition. If you don’t play by the rules of the game, you’ll end up not just missing out but losing.

Check out the retro video on YouTube. Early viewers of MTV will love it.

Dream Wife’s sophomore album, So When You Gonna…, is out July 3rd via Lucky Number. Pre-orders are available on Bandcamp. We obviously cannot wait.

Chicago is becoming the new mecca of post-punk – or at least the city to find bands who are giving the genre a fresh sound. One of those outfits if Ganser, who in 2018 released some outstanding, politically-charged, and still immensely relevant songs, including “Satsuma” and “Avoidance”. As a result of their efforts, Felte have signed them to their roster, which will help spread the news about the talents of Alicia Gaines (bass/vocals), Nadia Garofalo (keys/vocals), Brian Cundiff (drums), and Charlie Landsman (guitar). For their first release with the outstanding label, they’ve went back to the studio with Barry Grint to remaster a song they released last year. Since we were on hiatus, we’re sharing this stellar tune now.

“Bad Form” is being re-born, and it is an edgy, dark, and brooding number. Landsman’s guitar sears once again, but Gaines’ heavy bass hypnotically pulsates in the background. A desperation emerges, but it’s not emerging from the quartet’s fervent instrumentation. Instead, the collective words of Gaines and Garofalo are what create the harrowing feeling. They are struggling with demons, who are eating away at them internally and externally. With a trembling angst, Garofalo sings:

For us, though, we cannot get enough of Ganser, and hopefully others will feel the same way soon. 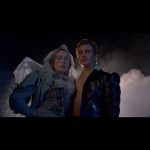 Start your week with plenty of sizzle courtesy of the newest Girlpool offering. The sensual “Like I’m Winning It” should come with a flammability warning due to how much heat it creates.

With themes of lust and desire featuring prominently, get ready to sweat. The sensory delight begins with the audio. The vocal interplay of Harmony Tividad and Avery Tucker seems even stronger than on last year’s What Chaos Is Imaginary. The torrid tones evoke Phantogram and Warpaint one minute and old-school Depeche Mode the next. But the real treat is the video that shows the duo surrounded by bodies in fluid motion.

“Like I’m Winning It” is a delight for ears and eyes. The song is available now for streaming and download via ANTI-. 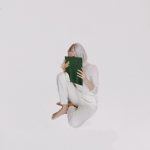 Three years ago, young Italian artist and producer HÅN introduced herself to the world with “Children”. Although her discography features only a handful of singles, she’s received acclaim and coverage across the globe (including yours truly) because her electro-pop / dark-pop is atypical. Her purpose isn’t to move people physically but rather to emotionally and psychologically. She aims to challenge us to listen carefully and not just hear the music, which for HAN is the canvas to her true art. This characteristic may not make her a mainstream pop star, but it makes her difference maker. She’s a social influencer that seeks to make real change, and HÅN is at the top of her game with “Lens”.

Stark, subtle beats and keys collide to create a slightly bleak but hypnotic soundscape. Her soft, discerning voice sends a warning to everyone – to be aware of your situation and not succumb to anyone, even a loved one. She brilliantly addresses the power dynamics within relationships, offering a mix of vivid poetry with honest lyricism.

“There is a kind of gloom in the way you talk
But I’m selfish now, so you want me.
I can hear a sound when I’m tired out there,
And it cuts my skin ’cause I’m still blue.”

HÅN’s new EP is expected later in 2020. The young woman is a voice that must be heard. 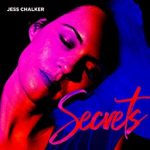 We can all agree on one thing: the world needs something good to focus on right now. Music is a timeless antidote to stress and anxiety, with one particular artist shining particularly bright amid the chaos of global news. That artist is Jess Chalker. The now London-based Australian singer has sun-kissed vocals sure to brighten your day and lift your spirits. Her latest single, “Secrets”, is what you need in your life right now.

This indie pop gem sparkles from the first notes. Its ’80s synthpop intro bridges the divide between past and present. The instrumentation may be New Wave-inspired, but Chalker’s vocals have a modern freshness on par with Florence Welch (Florence + The Machine) and HAIM. The result is a sophisticated and irresistibly danceable indie pop hit.

If the upbeat tone doesn’t hook you, the line “I don’t want to take my secrets to the grave” will. Jess Chalker is a secret musical weapon in our quest to survive 2020.

Melby – “Things I Do When I’m Alone” (Stockholm, Sweden)

While we are fans of hundreds of bands and artists, there are only a few that we turn to when we need a pick-me-up or to help us settle down. Stockholm quartet Melby is one of them. Their brand of indie pop-rock and psychedelic-pop is familiar yet refreshingly new, as classic ’70s tones blend with modern-day guitar-pop. Every song makes you want to take a take breath due to either the gorgeous, intimate delirium or the caffeine-like euphoria that occurs within the grandest moments. Their debut album, None of this makes me worry, was the perfect exhibition of their craft. But if you only have time to hear one song to sample their artistry, then “Things I Do When I’m Alone” is an excellent gateway.

The band achieve a new level of intimacy on this latest number. It makes melancholy – both in the sound and words – seem extraordinarily beautiful and ideal. The addition of the flute gives the mellow track a fairy tale-like atmosphere while front woman Matilda Wiezell stunningly delivers a self-confession of thinking everything is all right. It seems she is romanticizing loneliness, but her story concerns the journey to find a community, a family to call her own. She reflects, “They may never lead anywhere / The things I do when I’m alone. But I’ve got all that I need right here / Just don’t know where I put it.” 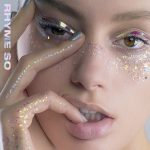 It might be Monday, but that should not prevent us from breaking out the dancing shoes and cutting rug (and literally, some of us might doing just this since we’re either working from home or self-isolating). Heck, we need some music that turns up the happy meter and momentarily allows us to forget about everything happening outside our four walls. Even better than an upbeat, kick-up-your-heels, move-what-your-momma-gave-ya track is one that addresses a social ill affecting everyone, including ourselves.

The people giving us the feel-good vibes are Rhyme So, which is the project of Australian-born poet, singer-songwriter, DJ, and model Rhyme and Japanese producer and musician Shinichi Osawa (a.k.a. MONDO GROSSO), who transport us back in time and to an era of social freedom. Sounding like it came from the underground disco scene of Paris in the mid-1980s, “Fashion Blogger” is one groovy, fun, and scintilliating track. It pulsates like the lights glittering off the disco ball while bopping like the 10-year old girl on a pogo stick in the movie Tremors. Rhyme’s lyrics are equally amusing and immensely clever. She takes on our collective obsession with social media, sharing our every movement and how we allow Instagram, Facebook, Snapchat, and Twitter define if we are “liked” or not. She encourages us to “disconnect to reconnect”, which maybe these weird times will cause us to do.

Hmm… we wonder how Rhyme’s friends and associates in the fashion industry reacted to the song. She probably doesn’t give two cents. 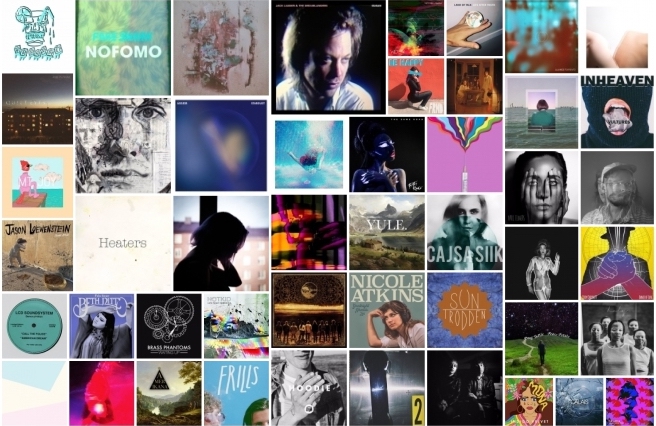 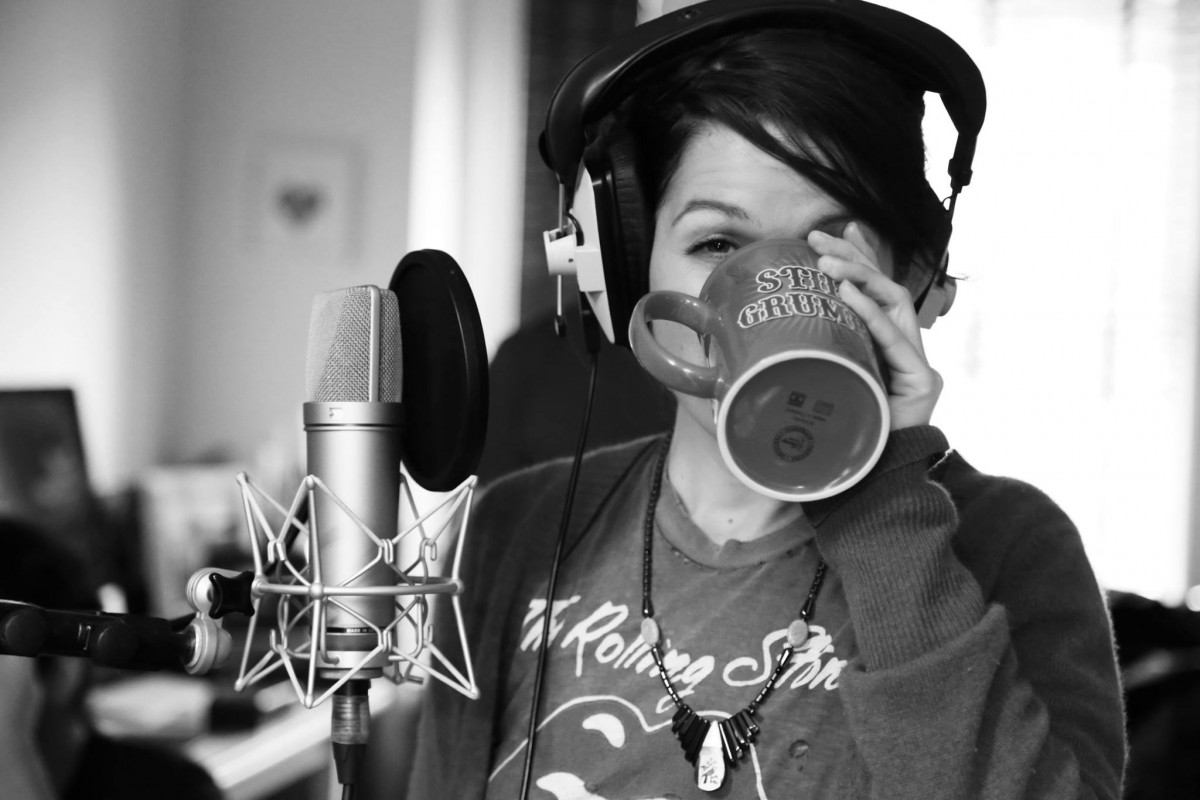