The Matinee ’20 March 30th edition is presented in reverse alphabetical order because the world seems upside down lately. We offer, however, a lucky seven set of new songs, which includes one from an individual who happens to star in one of Netflix’s most popular shows. 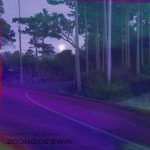 When every day is a blur, hope keeps us grounded. This is why music is especially crucial to our collective sanity right now. Not only does new music let us dive into an alternate realm, but every new album coming in 2020 is its own bit of hopeful anticipation.

One artist with an upcoming release is this emerging Canadian talent. Zoon (short for Zoongide’ewin – “the Bear spirit” in the Ojibway language) is the project of 28-year-old artist Daniel Monkman. He makes the kind of lush shoegaze that nourishes your soul. His debut LP, Bleached Wavves, is already on our list of highly anticipated albums. Just listen to “Help Me Understand” to realize why.

These depths of these tones reflects the emotional depth that inspired them. Workman overcame addiction, poverty, and racism to reach this point in his life journey. The result is a stunning display of cinematic tones that will leave you breathless. You get the tonal vibrance of Sigur Ros and Bon Iver fused with the sweeping depths of Mogwai and Mono. The heartbeat of his First Nations ancestors pulses strongly here as well. Prepare to be moved by this one.

This song is available now from these links.

Paper Bag Records will release Bleached Wavves on June 19th. You can pre-order it here.

It wasn’t too long ago that Chloe Zelma Studebaker, who goes by the stage name Zelma Stone, had us doing double takes with her single, “Fly”. It was simply a majestic piece of dream-folk and an eye-opening introduction to new talent on the West Coast. And at a time when we, especially those in Stone’s hometown of San Francisco, could use a bit of warmth and escapism, she returns with another dazzler.

“Dreamland” is exactly what the word evokes. It is at first tranquil and serene, as the psychedelic-folk vibes create the feeling of one walking alone on an abandoned road in the middle of the Mojave Desert. Solitude, the light breeze, and Studebaker’s gorgeous voice are your companions this day. The moment is beyond magnificent. As you continue on the journey, you reach a crest in the horizon and at its pinnacle you see a breathtaking vision. It leaves your mouth agape as its raw, emotive beauty leaves you speechless and in awe. That vision is Studebaker, whose voice reaches a heavenly, euphoric level that paralyzes every ounce of your body. Her image denotes we’ve reached Dreamland, a gorgeous place where Studebaker’s brother, Brett Allan Studebaker, now resides. 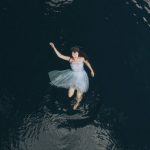 Nordic mellow: those two words perfectly describe the music of Oslo-based indie folk artist Siv Jakobsen. It’s apropos, since that is also the title of her 2017 debut LP. Somehow this talented singer with celestial vocals has not found global stardom yet. Perhaps the release of her next album – the aptly titled A Temporary Soothing – will help the world realize what they’ve been missing.

If “Fight or Flight” is your introduction to Jakobsen, you are in for a treat. She just shared this single a few days ago. The melody greets your ears with fireside warmth while her crystalline voice caresses you. Every note provides comfort. Every layer complements the rest. There is a peaceful calm to her overall style that is on par with Daughter and Ane Brun. But the beauty of Jakobsen’s sound is its sun-kissed elegance. “Fight or Flight” has a early springtime quality, imbued with the hope of better things to come while still feeling the coolness of winter. This is the perfect song for these times: a tonic for our souls.

Siv Jakobsen should be on your radar. You simply do not encounter a voice this pure every day.

Pre-order A Temporary Soothing from Bandcamp or these other links ahead of its April 24th digital release date via U OK?. The physical album is due August 21 with pre-order bundles offered here.

Set aside for a moment who Maya Hawke is and just close your eyes and listen to her sing. Just listen to her voice and words on “By Myself” and imagine she is a young artist trying to carve out her own niche in today’s competitive music world. Then react. In all likelihood, you may quietly say to yourself, “Nice”, or “Splendid”. Or maybe you’ll see images of a young Hope Sandoval or Stevie Nicks serenading you with her delicate and intimate dream-folk. Whatever emotions the song evokes, there’s no questioning that Hawke has a future beyond the little big screen and Stranger Things.

For us, “By Myself” is a slice of springtime. Its gentile and warm melodies and Hawke’s soothing voice have the same effect of the sun rising on a gorgeous Saturday morning. All you can do is smile and dream about what memories will be created on this day. Despite the song’s stirring qualities, Hawke’s words are vulnerable, as she sings about feeling alone and abused in a relationship. Her words are sharp and cutting, and she reminds us that darkness still exists even when the skies are clear.

The video of the song can be viewed on YouTube. Hawke’s debut album, BLUSH, is out June 19th on Mom + Pop Music. Pre-order it on Bandcamp (yeah, she has a Bandcamp account. How awesome is that?).

We don’t think we’ve ever heard an ode to the friendly beekeeper and the honey that comes from the ivy flower, and this is but one of many reasons why “Ivy Honey”, the new single from Dublin newcomers INSIDEAWAVE, has caught our ears. Before we list why this song is excellent, find yourself a quiet place and hit play. Then just listen and come up with your own reasons why this 5.5-minute epic is one of the best songs you’ve heard this year.

For us, it all begins with the spellbinding and alluring art-rock arrangements, as the quintet have mixed the intelligence and creativity of The Antlers, Grizzly Bear, Bon Iver, and Radiohead into one masterpiece. As a result, the song’s effects are numerous – calm and serene, breathtaking and stunning, enchanting and enlightening. Your attention doesn’t fade for a single moment because there is always something that grabs hold of you. It might be the lingering, weeping guitar, the steady rhythms, or the transcendent vocals and harmonies, which lie between the despairing falsettos of Grizzly Bear’s Daniel Rossen and Phoria’s Trewin Howard. All this about the simple but vital life of a beekeeper and the ivy flower. All this is the personification of art.

We might have just found ourselves another favorite band – or at least a great discovery for 2021.

Back in February, we exalted a collective, “Fuck yeah!”, when hearing Flat Worms‘ single, “Market Forces”. The track was ’90s / ’00s post-punk taken to rapturous heights. So what can Will Ivy (vocals/guitar), Justin Sullivan (drums), and Tim Hellman (bass) do for an encore? They rock out another awesome track, of course, with “The Aughts”.

“The Aughts” is a grand musical adventure. It commences with a methodical, garage-rock approach with Ivy’s overdriven guitar and Sullivan and Hellman’s rhythms cycling through steady riffs and beats. It’s the calm before the eventual storm. Then the occasional burst is heard, akin to hearing thunderous booms unexpectedly fill the sky. Lightning strikes become visible, and they increase in intensity and in number. The ravaging storm has arrived in the form of a post-punk wail. This outburst reflects Ivy’s lyrics about isolation, and the torment that ravages through us when we are ostracized from the rest of the world. “Now everybody is talking about the aughts, the debts, the deeds / Only a means to an end”, Ivy presciently hollers. Talk about a song to match the times.

There is plenty we can learn from the situation we are in now, and one key lesson is that us older folks need to step aside for a younger generation to lead. The future is now, and every generation, every movement needs a rallying cry. It needs an anthem to call their own, and Spanish quartet Belako deliver it with “The Craft”.

Their 2018 album, Render Me Numb, Trivial Violence, was one of our favorite LPs of the year. It was a blazing, roaring compilation, and Cristina Lizarraga, Josu Ximun Billelabeitia, Lander Zalakain Martinez, and Lore Nekane Billelabeitia bring that same intensity to their latest track. “The Craft” takes no time getting on the fast track, as a Nirvana-inspired, post-punk riff welcomes the listener. Shortly thereafter, the mantra of this power anthem is heard with the collective hollering:

“Ours is the power, now is the time
This is the hour, the power of time.”

The song then spirals into a delicate, gritty refrain before escalating to its fiery, mind-blowing crescendo. These two minutes represent the growing frustration of youth everywhere. They realize that time is wasting away, and young people like Greta Thunberg and Belako must take charge. And we must listen before the hour does become too late.

Belako’s new album, Plastic Drama, will be released in May via German label BMG. 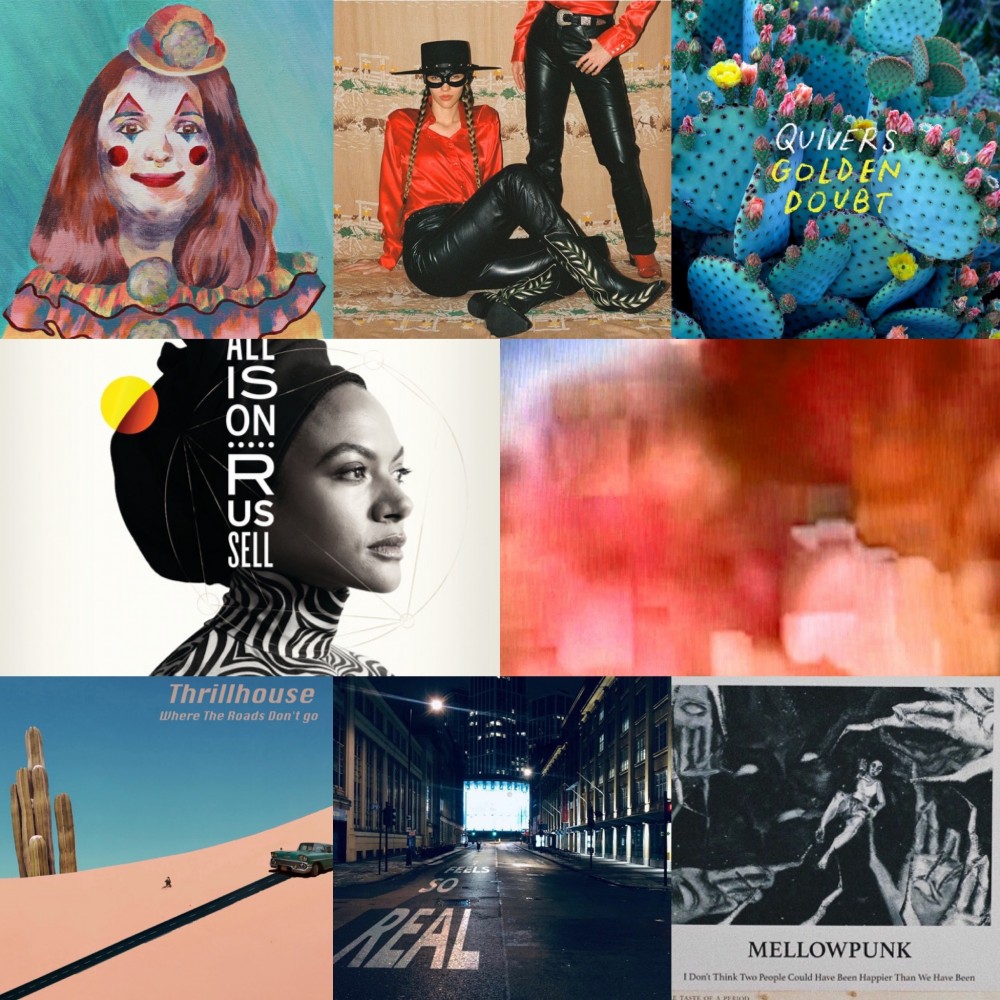 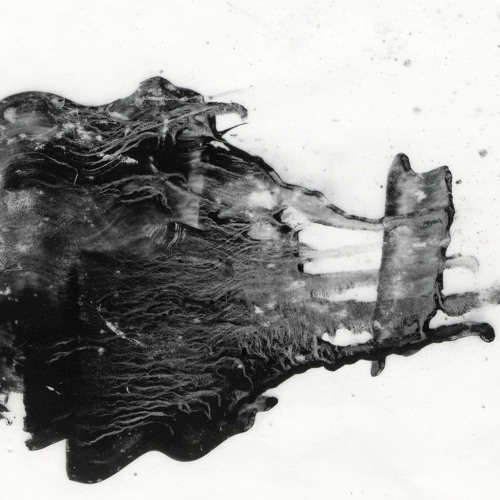