Eight songs, seven artists, and about 30-odd minutes of body-moving, mind-altering experiences await on The Matinee ’20 April 15 edition. Oh, each song features great storytelling, as if you were watching an epic TV series. Speaking of which, one of the songs is actually from a great TV series. 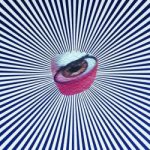 Spring is a time of fresh starts, which coincides nicely with the arrival of a new album from Happyness. The South London band’s third album, Floatr, is out next month and features a hopelessly irresistible lead single.

“Ouch (Yup)” finds Ash Kenazi and Jonny Allen crafting hooks so bright they should be dispensed in lieu of anti-depressants. Woven into the layers of fuzzy, psych-tinged rock and dreamy vocals is an urgent optimism. This is a band who are embracing their return after a three-year break. Their energy is palpable and reverberates through every note. The rush this song provides is akin to being reunited with a longtime friend: equal parts elation and intimacy, deepened by a shared bond.

You can try to resist the charm of this tune, but rest assured your attempts will prove futile. There is no denying the energized vibe Happyness have put out here.

Pre-order Floatr on Bandcamp or these other links ahead of its May 1st release date via Infinit Suds. We do hope the global issues resolve in time for them to tour. The thought of experiencing this song live gives us all hope. 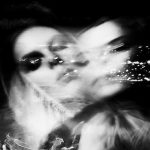 When an artist or band is about to release a new album, they may share two, and if we’re lucky three, songs in advance. The singles are shared to obviously create buzz for the forthcoming LP, but they also tend to be the best songs. Now what conclusion should be drawn from I Break Horses’ decision to release four songs in advance of the long-awaited arrival of Warnings? The conclusion we’ve drawn is that Maria Lindén and Fredrik Balck’s third record is littered with outstanding tracks, which makes it easy for the duo to unveil “The Prophet”.

All four songs I Break Horses have released to date have been unique, which is an impressive accomplishment for any synth-driven outfit. On “The Prophet”, the pair adopt a choral-like approach, taking listeners into the church of the future. The synths and keys burst and echo like an organ filling the cavernous spaces of the nave. Instead of heavenly sounds, though, the music is astral and spacious with each note shining the celestial bodies we see each night. Lindén’s vocals are more than angelic – they are cosmic. Throughout her sermon, she tells the tale of a false prophet who takes his faithful followers to the abyss:

“You are calling out for someone to believe in
Let me be your guiding light
‘Cause we can stop this feel (we can stop this feeling)
I’ll give you all I have
And I keep on giving
You will get on your knees and listen to me
Why do you preach my music?”

Bella Union will release Warnings on May 8; pre-order from the label or on the duo’s Bandcamp page. 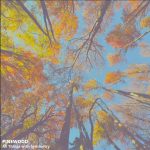 If you spend time outdoors in Georgia – far outside the bustling perimeter of Atlanta – you discover raw beauty that thrives despite of the area’s often brutal climate. There is a quiet strength in everything there, from the lush northern mountains to the idyllic southern coast. From somewhere in between comes an artist whose music reflects both. Pinewood is the project of artist Sam Kempe, and his new “Onward” single provides five minutes of sonic restoration.

Like his indie folk songwriter contemporaries (Justin Verson first comes to mind), Kempe creates rich textures that envelop the listener. “Onward” is more than a dream-folk song; it’s a calming respite from the outside world. The instrumentation alone is enough to reset your stress levels. The soft banjo evokes springtime vitality and complements the lyrical reference of changing seasons. But the vocals here are the real standout, full of sun-kissed warmth. Fans of Bon Iver, Lord Huron, and Kishi Bashi will likely fall hard for Pinewood. His music shares their artistic complexity while also nourishing all who listen.

Pinewood’s self-released album, All Things wIth Symmetry, arrives May 1st with pre-orders here. 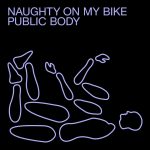 Plenty of songs have been called addictive or infectious or exhilarating, and we use these terms quite often. Few tunes, however, make you want to holler, “Woohoo!”, from the get-go, where the first few seconds create the sensation you’re off to the races. This is the feeling that punk-post quartet Public Body have achieved with “Naughty On My Bike”.

With the bodacious energy of OMNI and the clever lyricism of Stephan Malkmus, “Naughty On My Bike” is one heck of a trip. Musically and lyrically, it is actually a trip. The electrifying and energetic post-punk approach recalls the late ‘70s and early ‘80s when the genre went through a transformation, moving away from wall-shaking heaviness to dance-floor theatrics. The storyline is terrific, as the band take on Brighton’s limited public transit system and its lack of affordability. Public Body do not want to walk, take the train, nor get on the bus. They want to ride their bike “through the traffic lights” and sate their “need for speed” on two wheels. Not only is riding one’s bike cheaper, it’s also extremely environmentally friendly. So Brighton, let the guys ride their bikes. In the meantime, we’ll be hopping on ours.

The single is out on Republic of Music, and it’s available for streaming on Bandcamp and Spotify. 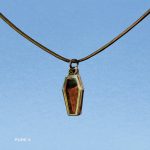 Six years have passed since Nate Grace, Jesse Jenkins, and Austin Youngblood released an album as Pure X. From 2009 to 2014, they were a rare breed – a band that used restraint to dazzle. The approach was particularly effective live, as no substance was required to enter a dream-like state when Pure X performed.

In returning after a lengthy break, can the Texas-based band, who now include Matty Tommy Davidson, recapture the magic of their earlier years? Whether they’re giving themselves some room to maneuver or just confident in what they’ve created, Pure X have shared two awesome songs. The first, “Middle America”, represents the band in their youth. It’s a stunning piece of shoegaze. The reverb drips like a cool rain on a hot day while Grace’s vocals are like the calm breeze. There is thunder, however, in his words, as he expresses his frustrations with the people around him and his situation.

“Fuck this, I’m leaving
Going back to where I’m from
Gonna start back to singing
Gonna quit this living on the run.”

Touches of jangle pop and southern twang are inserted into rapturous, mid-tempo “Fantasy.” The reverb is dialed down a bit to allow the stirring melody to shine. Whereas the former was more introspective, “Fantasy” is Jenkins’ opening his eyes to the truth and what the world has become. His words are brittlely brilliant:

“My people live in chains
Struggle on until that day
My people work so hard and work so long
Break and fall and disappear.” 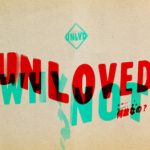 Before Jade Vincent, David Holmes, and Keefus Ciancia landed the gig to create the music for Emmy Award-winning series, Killing Eve, we were exalting their cinematic greatness as Unloved. It’s true! Now, we’re not saying we helped them land a job of a lifetime (absolutely not), but rather that sometimes we actually do discover artists and bands who end up becoming household names or at least having their music heard on a TV show or movie (see Young Fathers). If you don’t know who Unloved are, here’s your chance to get caught up before watching the first two seasons of Killing Eve and the current third season.

“Why Not” is ‘60s noir-pop reimagined. It is sleek yet exhilarating, dark and awfully enticing. In other words, Unloved have turned then suspenseful, eerie, and even gory into a rambunctious, celebratory artform. They achieve this by allowing different elements to shine at different times, thus changing the song’s energy and the mood. When all the instruments converge, the resulting collision is like musical fireworks. As Holmes and Ciancia fire off catchy riffs and rhythms, Vincent’s imaginative lyrics paint the scene. In this case, she tells the tale of a shocking event that happens in the first episode of Killing Eve’s third season. We cannot say more than that. You’ll just have to watch it.

The single is out on Heavenly Recordings; and it can be purchased or streamed from these links

Is there such a thing as the perfect solitude music for self-isolation? Obviously our emotions will govern our choices, but Ernest Greene’s songs through his project Washed Out often fit every occasion. His music has an unmatched relaxing and dreamy quality. Furthermore, it always takes us to another place, providing a temporary escape from the madness and, at this moment, surrealism. And as we enter week 3, 4, or even 8 of quarantine, Greene delivers a reprieve with “Too Late.”

Be sure to close your eyes to fully experience the instantaneous effects of “Too Late.” With the sensual bedroom synth-pop approach, Greene’s gentle vocals, and the rhythm sample that echoes Phil Collins’ “In the Air Tonight”, you might feel like you’ve been taken far away. Maybe it’s to a tropical paradise, or sitting on top of the Alps, or just dreaming about the possibility of being outside your door. Regardless of where your mind wanders, Greene has taken us by the hand and guided us to a place where we can feel alive once more. Despite what he says, he hasn’t arrived too late with this track. Rather, he’s come just at the right time.

The single is out now on Sub Pop. Greene has revealed he has plenty of songs completed, so a new album should hopefully be coming soon. 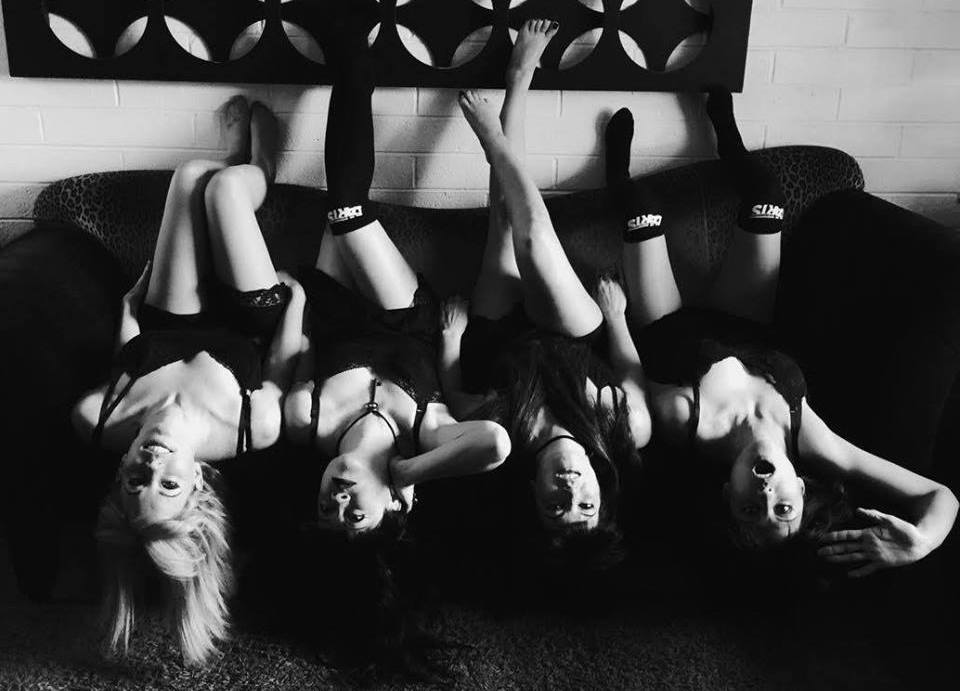 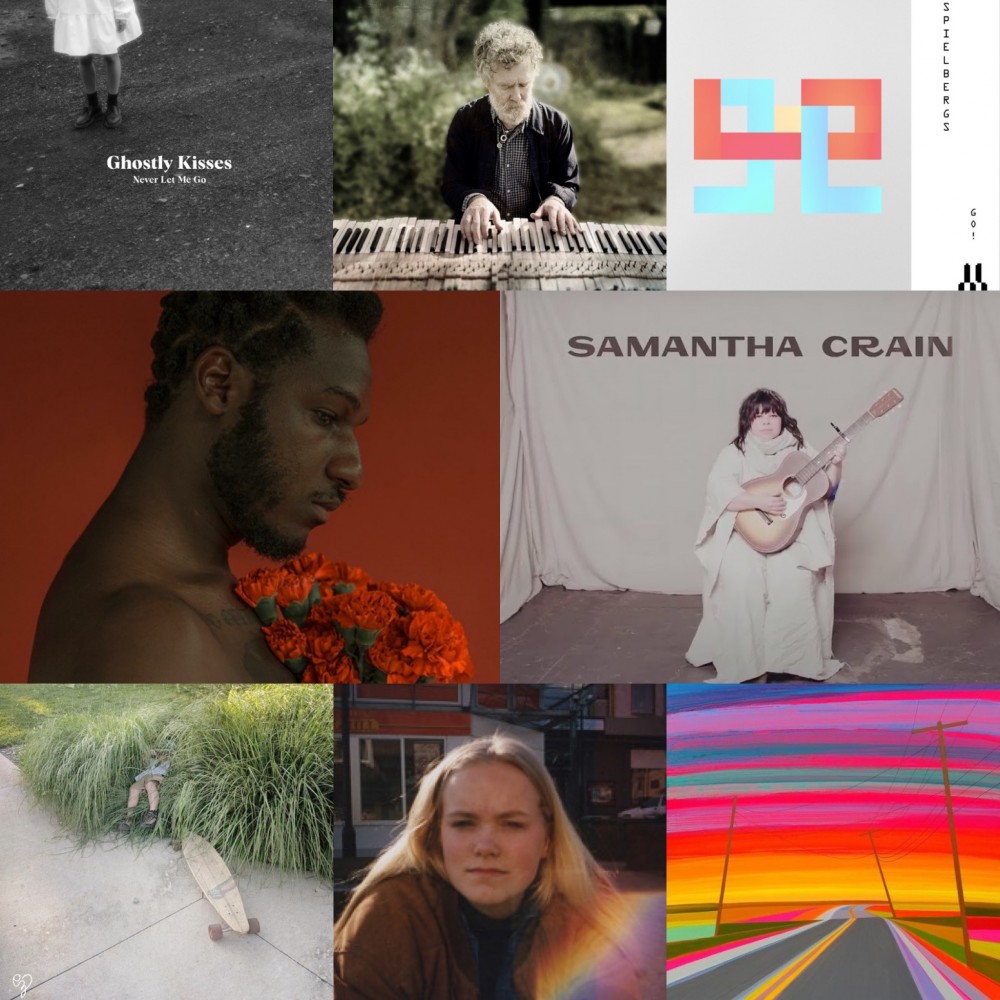