Seven songs kick off the work week and, thus, The Matinee ’20 April 27 edition. The genres vary and the artists come from different corners of the planet, but they share one characteristic in common – incredible songwriting.

The art of storytelling in music is slowly eroding away. There are great songwriters, but the truly great ones are also excellent storytellers. The ’70s were littered with them, as they narrated tales that concerned “we” or “they”. It’s a gift that is slowly eroding away, but then an artist comes around and makes you believe that the art won’t be lost forever. An artist whose song and sound make you utter, “Wow!” This is the case with Alex McArtor and her new single, “Biggest Fan”.

With a smokey, honeyed voice that sits between Lana Del Rey and Hope Sandoval and the mystic, desert indie-rock perfected by Mazzy Star, “Biggest Fan” is, in a word, amazing. But it’s not the dreamy soundscape that grabs your attention. As alluded to above, McArtor’s songwriting is the centerpiece. She tells the story of a young woman and her infatuation for a music star. She finally gets to meet him, and the next thing she knows she spends the night with him after he whispers sweet-nothings. In the morning, she is left alone, tossed aside like yesterday’s trash. It’s an incredible tale of innocence and manipulation. By the way, McArtor is only 17 years old, and she wrote the song when she was 15.

The young woman is going to be a star.

Check her Spotify account to hear music from her 2 EPs that she released in 2019.

Car Seat Headrest – “There Must Be More Than Blood” (Seattle via Leesburg, VA, USA)

We’ve already discussed at length the greatest of the Will Toledo-led Car Seat Headrest, and how the Virginian in on track to being this generation’s Beck. With Andrew Katz (drums and co-collaborator), Ethan Ives (guitar/backing vocals), and Seth Dalby (bass), Toledo continue to create music that astounds sonically and lyrically. Given their discography is filled with great, memorable tunes, to say they may have written their masterpiece demonstrates the genius and limitless talent of the quartet.

“There Must Be More Than Blood” is an unforgettable epic of sobering indie rock. Its somber intro melds together The Bends-era Radiohead with touches of Beck’s classic LP, Odelay and My Morning Jacket during their At Dawn years. As the song progresses through its 7.5-minute duration, it slowly burns but never does it explode. There’s no fiery guitar solo nor massive crescendo. Instead, Car Seat Headrest rely on subtlety and calmness to concoct an addictive elixir of mood-altering sound. What makes the song stand above the rest is the multiple emotions it evokes. Regret, remorse, reflection, forgiveness, community, unity, friendship, and family are some of the feelings and images that are elicited from Toledo’s words.

Pre-orders of Car Seat Headrest’s new album, Making A Door Less Open, are available on Bandcamp. The LP is out this Friday, May 1st via Matador Records, and it probably will be among the year’s very best.

Our fandom for Parisian-born Marie Seyrat and her American spouse Bruce Driscoll’s project, Freedom Fry, extends more than five years. The duo ooze optimism, where we know we can spin a song like “West Coast” and a bad day suddenly turns sunny. Given their proclivity (their discography is extremely extensive as they release about one song a month), Seyrat and Driscoll have no shortage of tunes to fill up a “feel-good” playlist.

Freedom Fry, though, are not just happy campers. They can delve into the realm of dark introspection and deliver a song that teeters on the edge of bleakness and the foreboding, as they do with “Happy Little Thoughts”. The pair set aside the California sunshine and replace it with the cool uncertainty of a January night in the Mojave Desert. A chill trickles throughout the track, as each riff from Driscoll’s guitar lingers while Seyrat’s voice possesses a haunting calmness. She recalls a time when darkness and negativity monopolized her mind, how night was no different than day, and loneliness was her address.

“Even now
Everywhere I go
Down below
Feel the, feel the undertow
Fake a smile
Just go with the flow
Sadness, the only only only friend I know.”

“Happy Little Thoughts” is from the band’s upcoming album, Songs from the West Coast, which arrives May 29th. 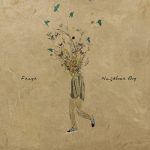 Freyr Flodgren – known professionally by his Freyr mononym – has one of those voices that sets your soul at ease. We first became captivated by his atmospheric sound five years ago with his project Brother North. His solo work is equally mesmerizing: we compared his 2018 single “Over My Head” to Nick Drake and Bon Iver. Now the Swedish artist is slated to deliver the first of two EPs on his new label, Nettwerk Music Group. One listen to “Neighbour Boy” reminds us why he deserves comparisons to those mellow music icons.

The first thing you notice about this song, as with his previous releases, is its stark beauty. Unfettered by overproduction, Freyr opts for a minimalist approach. Every note has room to breathe. His voice becomes an instrument that complements the warm, intimate sounds of his acoustic guitar. The combined tones imbue “Neighbour Boy” with a subtle blend of nostalgia and melancholy. The song is inspired by Freyr’s youth when he attended school far from his family:

“Neighbour boy, you’re wanting to feel free
The further you go away from your home
I used to be admiring of those
Who never compromised meaningfully
Neighbour boy, what takes you?
He looks me straight in the eye
He looks just like a shadow of who I used to be”

Like the best indie folk troubadours before him, Freyr makes intimate music that touches every listener’s heart.

This song is available now from these links. Look for his I’m Sorry EP to arrive July 3rd via Nettwerk Music Group.

Radiohead has Johnny Greenwood. Nels Cline and Mike Mogis are, respectively, the equivalents in Wilco and Bright Eyes. They are the do-everything musician – composer, writer, producer, occasional backup vocalist, and multi-instrumentalist. Although Jay Watson doesn’t have quite the same level of public notoriety as his more famous and experienced colleagues, he plays a similar role in Tame Impala and POND. To truly appreciate his immense talent, his solo work as GUM must be heard. His music undoubtedly has a psychedelic flair, but he’s not trying to imitate the psychedelic disco-pop of the Kevin Parker-led band nor the psych-rock explosions of POND. Instead, his cosmic style more closely resembles one of Canada’s great artists, Chad VanGaalen. Case in point: “Don’t Let It Go Out”.

Strap into the seat of your favorite starship (like the Millennium Falcon) and be prepared to be sent to the outer reaches of the galaxy. “Don’t Let It Go Out” is one deliriously-smooth, sonic trip. It feels familiar (such as the Peter Buck-esque mandolin [we think it’s a mandonlin]), yet at the same time it’s inventive, different, and exciting. The song possesses moments that feels equivalent to zooming through a wormhole and watching a dizzying array of light and time shoot by us (think the trip through the Devil’s Anus in Thor: Ragnarok). Awaiting for us on the other side is hope, is the belief that a new start awaits us. As Watson sings:

Watson’s fifth solo album, Out In The World, is available June 12th via Spinning Top Records. Pre-order the record here.

Nat Vazer probably makes friends wherever she goes and does so with ease. We don’t personally know her, but every one of her songs is genuine and relatable. When she sings, we listen because she bears her heart and soul to us. If the tables were turned, she would probably listen intently and only speak when asked. She’s the musical equivalent of your best friend. For her latest tune, though, we get to play the role of best friend, as Vazer reveals to us in “For A Moment” some office drama in which she co-stars.

Through the delightful and catchy jangle-pop melody, Vazer describes her infatuation with a co-worker. She tries to catch the other person’s attention, chat with friends to get more information, and do whatever it takes to get closer. When the moment arrives, she….. doesn’t say a thing. The cat has her tongue, and she doesn’t reveal her feelings.

“And I was talking to your friends for hours
Then you stole my hand and pulled me aside
The air was starting to thin as you got closer, closer

We’ve all been there and lived to tell the tale, although not necessarily to thousands of people like Vazer has. Like a great friend, she makes us feel less embarrassed about our past experiences, and instead we get to console her (and then laugh about it later).

Vazer’s debut album, Is This Offensive and Loud?, which includes the grunge-pop “Grateful”, is out May 29th on Hotel Motel Records. Pre-order it on Bandcamp.

Sweden is not only home to some of the best indie bands in the world, but also those with some of the greatest names. Makthaverskan, Bad Cash Quartet (who are actually a quintet), Agent blå, and, of course, Steve Buscemi’s Dreamy Eyes. Another candidate for this prestigious acknowledgement goes to No Suits in Miami, which when you think about it is humorous yet so accurate. What isn’t a joke, though, is the music that Michelle Dzgoeva, Olle Oscarsson, Hannes “Hasse” Ponzlid, and Erik Lange create. Their music beckons to another time – to a time when songs had the power to instantaneously change our moods and make us believe we can do anything.

“What We Have” is the perfect combination of the euphoric dream-pop with which Sweden has been become synonymous and the soaring shoegaze of the ’80s that began in little old England. It is, in other words, purely classic and nostalgic, yet it is also uplifting and intoxicating. This track would be perfectly placed in a John Hughes’ movie. Through the reverb-drenched guitars, the shimmering synths, and the bouncy rhythms shines Dzgoeva’s soothing voice. She is Samantha Baker grown up and contemplating relationships – or more specifically, a relationship she’s currently in and where it may go. It’s a song of growing up quickly and making tough choices, where must decide whether to stay or leave. Ah, to be young again. Well, with a song like this, we can all feel young.

The song is available on Bandcamp as is their debut EP called, EP. 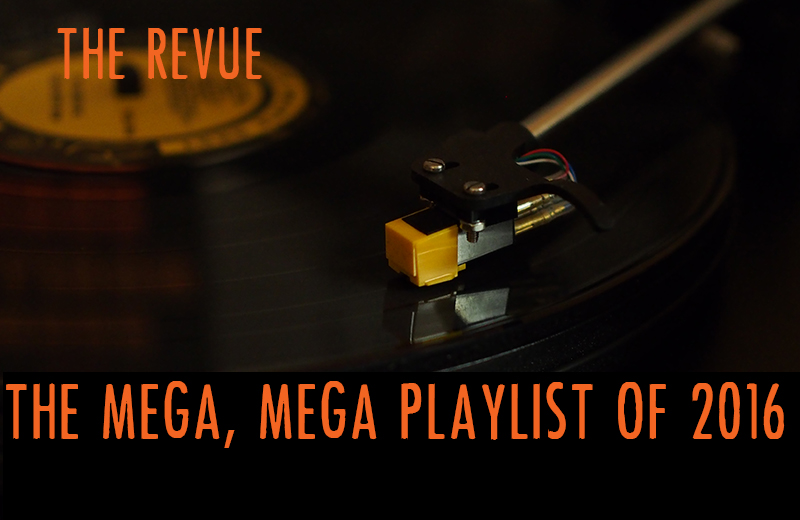