As there has been so much good music the past few days and we all could certainly use something, anything to distract us, we’re sharing a special The Matinee ’20 April 28 edition. Descriptions are shorter and we’re not doing the usual alphabetical because we want to start the mini-playlist with a tune from our favorite bands. Plus, the track is the perfect way to start the day.

Khruangbin – “Time (You and I)” (Houston, USA and London, England)

Fresh off releasing the immensely cool and desert psychedelic EP, Texas Sun, with Leon Bridges early this year, the restless Khruangbin will share their second output of the year in a little over two months. The trio of Laura Lee Ochoa (bass), Mark Speer (guitar), and Donald “DJ” Johnson (drums) are renowned for the worldly take on neo-psychedelia, where they infuse music from Africa, Asia, and the Middle East. For the first single from the new album, however, the trio go back in time and give older music fans something familiar.

“Time (You and I)” is super, super funky. It recalls the great funk music of the ’70s, where the groovy rhythms and hip-shaking make you want to strut down Main Street with hardly a care in the world. Lee, who plays the role of Isaac Hayes, is our guide, and her sultry, smooth voice encourages us to live today like it’s our last. To live care-free and enjoy the moments we have left, just like the British couple do in the very lovable video.

Khruangbin’s new album, Mordechai, is out June 26th on Dead Oceans. It could be the record of the summer.

Genius is an overused term when describing an artist, but some are worthy of such praise. New Zealand’s Jonathan Bree is one of them, as the masked maestro takes orchestral pop to never-before-reached heights. His music can be cinematic, possess a club-like groove, or perfectly be placed in an opera house. And occasionally, he delves into the mysterious, which he does on “In The Sunshine”.

The single is anything but a summer number. Instead, it is more fitting for Halloween or performed in a re-imagination of The Phantom of the Opera. The strings provide a dark, haunting element, complementing the calm pacing of the beats and keys. Bree, meanwhile, sounds like a man swallowed up by the darkness created from the vast forest that surrounds him. He might be out in the sunshine and survived the apocalypse, but is this life better than death? Bree’s tale is fascinating, just like the artist himself.

Bree’s new album, After The Curtains Close , is out July 12th on his own Lil’ Chief Records. Pre-orders available on his Bree’s merch site and pre-saves here.

Whereas the country music industry goes in the direction of infusing pop, rock, electronic, and (my goodness) hip hop, there is no replacing, in our humble opinions, the classic sounds of Loretta Lynn, Hank Williams, Willie Nelson, Patsy Cline, and June Carter and Johnny Cash. Fortunately for lovers of classic country, Courtney Marie Andrews is around. After more than a decade of as a backing vocalist and releasing numerous albums with little fanfare, Andrews finally achieved her well-deserved breakthrough in 2018 with May Your Kindness Remain. She looks to build on the momentum with her newest album, Old Flowers, which arrives July 24th on Fat Possum Records,

The first single, “If I Told”, was a knee-buckler, and “Burlap String” is equally stunning and moving. This latest number is beautifully graceful, thoughtful, and elegant. Through the solemn country-folk ambiance, Andrews tells the story of a once tight-knit family from a small, Midwestern town who go their separate ways. Before they can make amends, one of the members passes away, and Andrews never gets a chance to say goodbye. Regret drips through her delicate voice, particularly as she sings:

“If I could go back now
I’d pick you wildflowers
Tie ’em in burlap string
Tell you what you mean to me.”

Pre-orders for Old Flowers are available directly on Bandcamp.

After hearing Elizabeth Powell, the mastermind behind Land of Talk, perform an acoustic version of “Compelled” on Instagram two weeks ago, we’ve been patiently waiting the release of the studio mix. Her performance on the social media channel was splendid, but the audio isn’t always 100% crisp or clean. Now we get to appreciate the song’s beauty in a manner that it’s suppose to be heard.

Dim the lights, put on the fire, and drown within the gorgeous, folk-rock melancholy of “Compelled”. The song combines the intimate art-folk of fellow Montrealer Leif Vollebek with the vulnerable, bittersweet folk-rock of Waxahatchee and Big Thief, and the two fully converge on the stunning bridge. While the music enthralls, Powell’s words of loneliness and abandon devastate. “I feel it like an empty hand”, she tells her partner, who accuses her of no longer be able to love and has found someone else to display his affection.

Powell’s new album, Indistinct Conversations, is out July 31st via Saddle Creek Records and Dine Alone Records. It can also be pre-ordered on Bandcamp.

Kidsmoke – “The Bluest You” (Wrexham, Wales)

After nearly fie years as a band, Kidsmoke will finally release their long-awaited, debut album, A Vision In The Dark, in June via Libertino Records. The quartet of Lance Williams (vocals/guitar), James Stickels (vocals/bass), Sophie Ballamy (guitar/vocals), and Ash Turner (drums) have quietly become favorites of BBC Radio as well as ours due to their ability to move effortlessly between genres. Indie rock, pop-rock, some classic ’80s and ’90s – they can do it. How about some psychedelic pop-rock? Last week, we would have said they have yet to dive into that genre. Forget that thought, as they turn up the trippy chime on “The Bluest You”.

The song is blissful, intoxicating psychedelia that creates multiple feelings. It’s dreamy euphoria evokes the sensation of gliding effortlessly through the skies, yet the ratcheted chime of the guitars build the urgency equivalent to a speeding ride at midnight to say goodbye to someone before it’s too late. The layered and dizzying vocals of Williams, Stickels, and Ballamy, meanwhile, feel like the trio have been consumed inside a twister, where everything spins around and within them. Their words, too, mirror this feeling, as they describe one person’s depression and how it affects everyone around him. He might live inside this vortex each day, but he also entraps others with him. Kind of like what Kidsmoke have done with this superb single.

Drens – “All My Friends Got Time” (Dortmund, Germany)

Are there words truer than the first lines in Drens’ newest single, “All My Friends Got Time”?

Leave it to the German indie rockers to capture the emotions of the day, like they did with “Saditsfiction” and “A Very Sunny Day”. Will the end come before we get too old? Will we be able to see our friends and families and give them a warm embrace? OK, so the song is more about reminiscing about our childhoods and youthful days, when we dreamed that “we could be president” or when the summer days seemed endless. And yet, the song still feels relevant today, as we struggle with our self-isolation and daydream about what was and what remains. When we go back to living, we probably “will like a child. In the summertime, when my friends had time” to truly enjoy the life. In the meantime, just lose your marbles inside while spinning this infectious little garage-pop number. 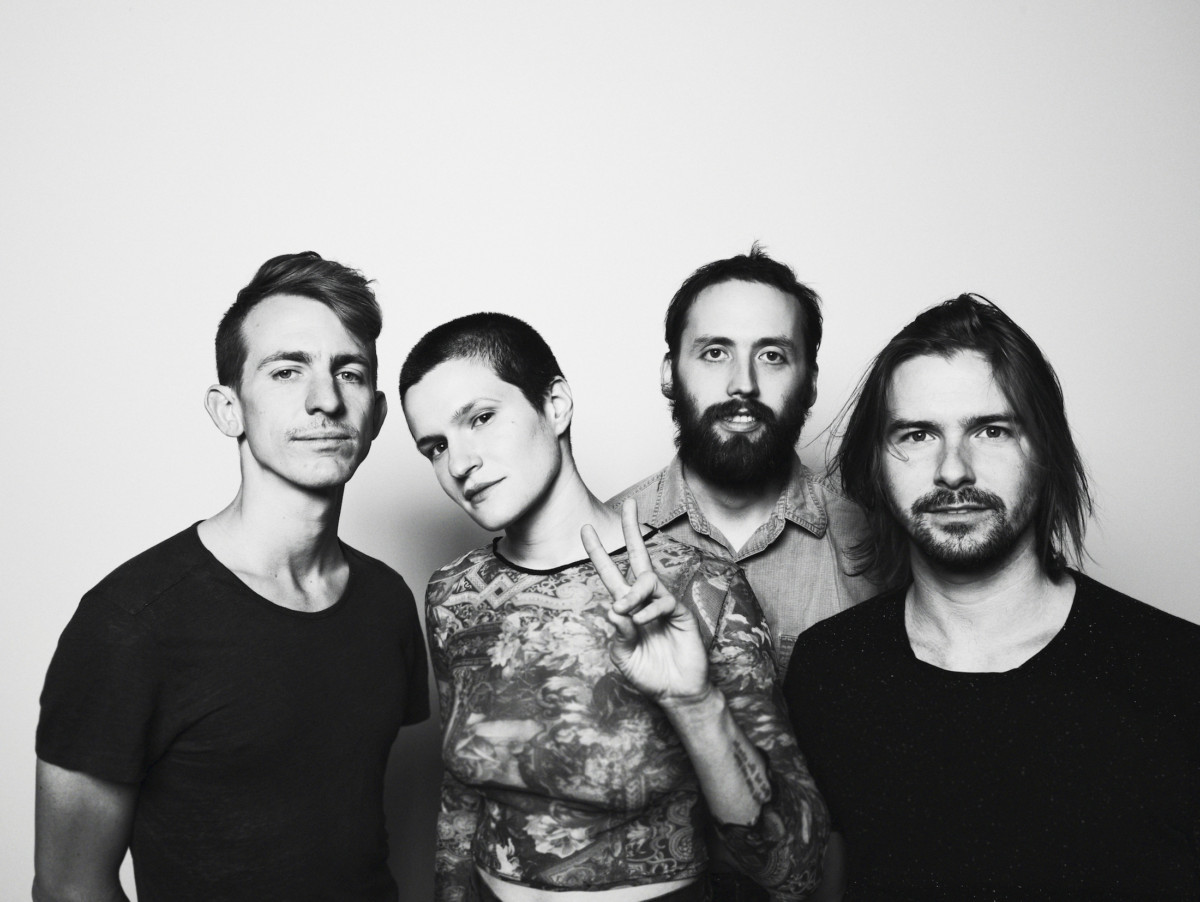