Sevens are once again wild on The Matinee ’20 April 29. Today’s edition, though, is like the soundtrack of our lives. The songs are humorous, euphoric, brutally honest, and full of confidence.

Philadelphia’s 2nd Grade have shared their next taste of their upcoming debut record with “Dennis Hopper in Easy Rider.” Like everything the band has done to date (such as “Velodrome” and “My Bike”), “Dennis Hopper in Easy Rider” is playful and charming. It has an infectious energy, as lead singer Peter Gill works his way through the alphabet and shares his knowledge of the cast of the famed movie Easy Rider. Why they chose Dennis Hopper from the stellar cast is unknown to us, but maybe because Hopper was known to be a bit eclectic just the band. And unlike the great movie, this track is far from an epic, clocking in at barely over 90 seconds, but it’s a perfect quick hit of guitar-pop perfection.

We don’t know much about newcomers Boyfriend Machine other than they consist of Joey and Eliza, hail from Western Massachusetts, and consider themselves to be a “queer psych-rock duo.” Their anonymity likely won’t last long because we predict a label (like Wharf Cat Records or Fire Talk?) will sign them in the near future, especially if their debut single is a sign of things to come.

“Fuck You Last Year” is one of the most bittersweet, dreamy psych-rock tunes you’ll hear – not just this year but in the next decade or more. Its breezy vibes echo that Blouse while its bleak tones (especially the paralyzing synth and bass line) are reminiscent of the dark-pop of Scandinavia (think Makthaverskan, Agent blå). Despite the starkness, a calmness lingers, as Eliza’s soothing and stunning voice sounds like an angel calling out to us through the darkness. Eliza is not, however, here to show us the way out but to tell us why we’re here. Why we are entrapped inside this gloomy space. Eliza is cutting ties with us while “shifting gears, saying goodbye to the tears”, putting the past in the rear-view mirror while looking forward to a new life without us.

Listen closely to the biting yet intelligent lyrics and let them be the encouragement you need to move forward.

This single is streaming now on Spotify.

On the first few tracks Hinds has shared from their upcoming record, The Prettiest Curse, it had seemed as if they had taken a departure from their original sound. “Good Bad Times” was immensely groovy while “Riding Solo” was anthemic pop. With their latest single, “Just Like Kids (Miau)”, the Madrid-based quartet demonstrate they’re still going to be weird while having lots of fun on The Prettiest Curse.

“Just Like Kids (Miau)” is awfully amusing and entertaining yet intelligent. The vocal performances are wildly all over the board, adding to the song’s whimsical nature. Lyrically, it channels that energy into a witty look at some experiences and criticisms that Hinds, as well as other girl bands, have faced. They’re a band that has always done things their way, and they won’t let unsolicited criticism stop them from doing what they do – and having fun along the way. 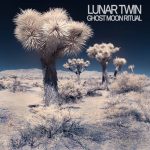 The seductive downtempo charm of Lunar Twin is what first drew us to their sound several years ago. The duo of Bryce Boudreau and Christopher Murphy hypnotized listeners with their 2017 EP, Night Tides. Every note drew us further into the moonlit shimmer of their gothic dream-wave soundscape. The long wait for a followup album is now over as the band have released a full-length, Ghost Moon Ritual. The lead single reminds us what makes Lunar Twin one of the world’s most beguiling bands.

“Slow Down” is the epitome of meditative calm. These three minutes of vivid lyrical imagery – guided by Boudreau’s smoky vocals – transport you far from this world. Close your eyes to imagine this new place, where you feel “raindrops on your skin / moonlight on your shoulders.” Yet again, Lunar Twin create a world so lush you yearn to remain there long after the last note fades. This is only one element of their magical sound. Repeated listens reveal greater depths, each more entrancing than the last.

Ghost Moon Ritual is out now on Bandcamp.

Good things happen to those who wait. They also happen to good people. We’re firm believers in both philosophies, and one doesn’t have to go far to find evidence. All you have to do is look at Marsicans and learn their history. Since 2011, James Newbigging (lead vocals/guitar), Oli Jameson (guitar), Rob Brander (bass/keys), and Cale McHale (drums) have been entertaining UK music fans with their blustery and feel-good indie pop. Nine years later, their debut album, is finally coming. Specifically, Ursa Major arrives May 22nd on Killing Moon Records. Imagine dedicating a third of your life to a project and finally see all your hard work pay off. Elation, jubilation, and excitement are some of the emotions you probably would be feeling, and they are experienced on “Summery In Angus”.

Like so many of their previous songs, Marsicans deliver summertime bliss. The track is uplifting, anthemic indie-pop that will incite you to go outside and absorb the sunshine or stay inside and aimlessly spin around. If you listen closely to what Newbigging has to say, he does encourage us to live our lives and to do it together. Sure we’re all in isolation right now, but there’s nothing stopping us from still enjoying each other’s company. Open the windows and sing with your neighbors like those in Italy and Spain did. Say hello to someone walking by. Just don’t forget that you’re not alone in this world.

Get your copy of Ursa Major from these links.

Theo Hilton might be known for his work with Defiance, Ohio, but he also has another outstanding project with Nana Grizol that creates some truly special folk rock. Hilton has surrounded himself with some of Athens, Georgia’s finest, including members of Elephant 6 or Elephant 6-adjacent acts, including of Montreal, Neutral Milk Hotel, and Elf Power. Their upcoming album, South Somewhere Else, is due June 19th, and they have just shared the title track.

Musically, “South Somewhere Else” is an upbeat rocker that features great guitar work and horns. It also has a vocal delivery that recalls the great Billy Joel tracks from yesteryear. Lyrically, Hilton tries to navigate the complexity of living in the south, and the mental distancing done to separate from its racially-conflicted past and present.

Along with Hilton, Nana Grizol are Jared Gandy (guitar/bass), Robbie Cucchiaro (trumpet/euphonium), and Matte Cathcart (drums). South Somewhere Else will be released on Arrowhawk Records and Don Giovanni Records. Go to Bandcamp to pre-order the LP.

The great Protomartyr have long been associated with the American revitalization of post-punk more than a decade ago. They are one of the great rock bands of the 2010s, yet they remain extremely underrated and unnoticed. In another era when guitar music was celebrated, they would have been stars. In the meantime, the most ardent music fan will continue to appreciate their art because their music always seems so relevant. Seemingly always so timely in capturing the state of the world, as they do with “Worm In Heaven”.

The first thing fans will notice of the song is that Joe Casey, Greg Ahee, Alex Leonard, and Scott Davidson have set aside their post-punk ways in favor of a dark, indie-rock approach that recalls Nick Cave and the Bad Seeds and Mark Lanegan. The song drips with a harrowing melancholy that is accentuated by the methodical rhythms and the slight bellow of a saxophone. Protomartyr, though, can never be restrained, and the song builds to a harsh, throbbing climax to reflect Casey’s farewell to the world that he no longer recognizes.

“I wish you well, I do
May you find peace in this world
And when it’s over
Dissolve without pain

I am the worm in heaven
So close to grace
Could lick it off of the boot heels
Of the blessed.” 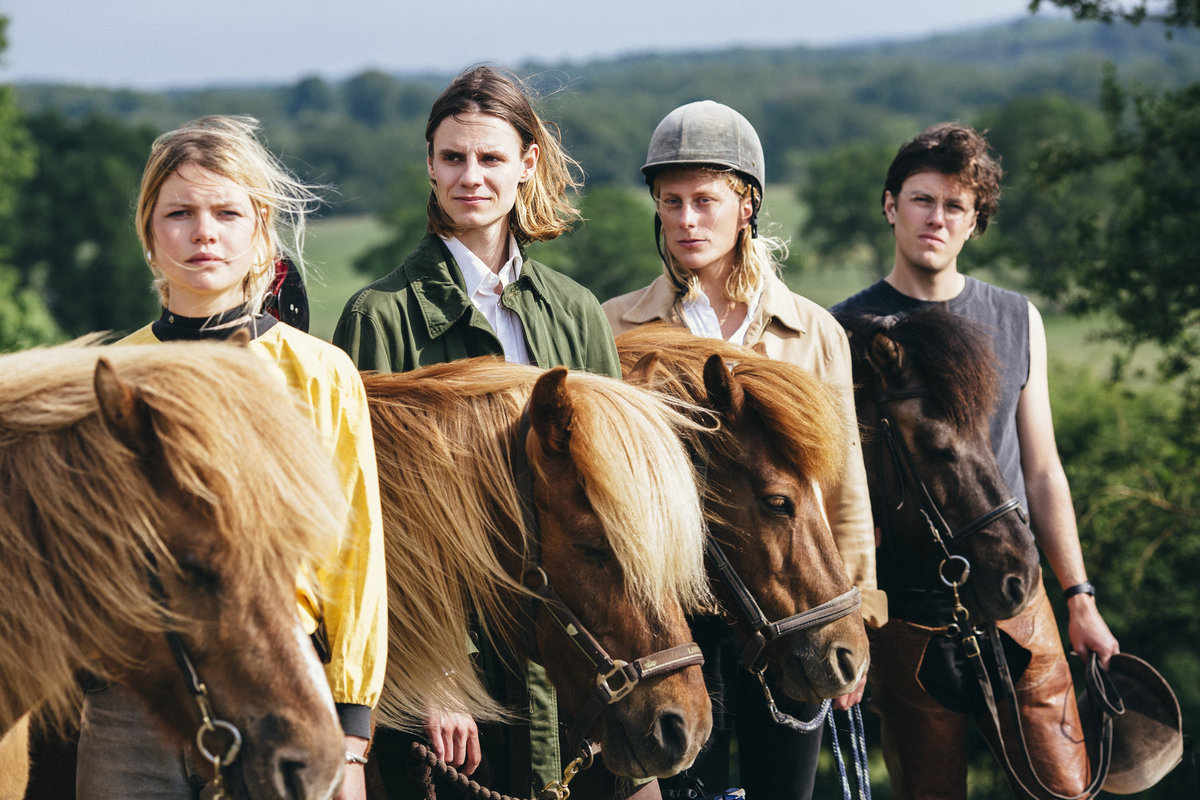 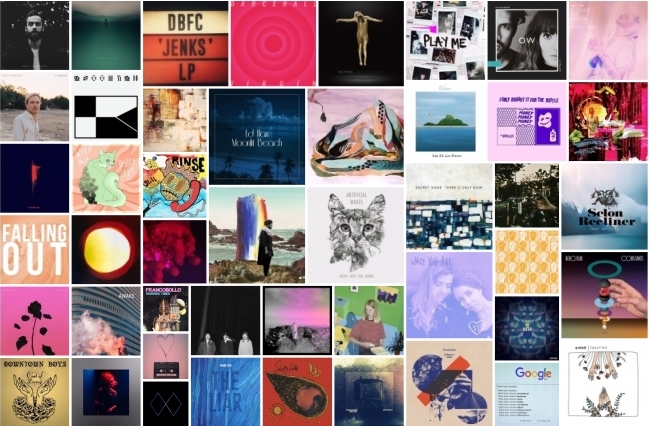