For The Matinee ’20 May 8 edition, we borrow from our Valentine’s Day edition theme. Then we expressed why we loved those selected songs; today we explain why we’re excited about these. OK, so the two words are basically the same and we’re operating in semantics, but spring is the time of year where excitement blooms.

Nearly four years ago we were introduced to A Festival, A Parade, and Wendy’s words perfectly encapsulated our first impressions when she wrote, “I might have found one of my new exciting bands.” Our feelings have not changed because the quartet of Joe Allan (vocals/guitar), Reece Spencer (lead guitar), Ollie Winn (bass), and George Rowan (drums) consistently deliver cathartic, intelligent indie rock akin to Frightened Rabbit, The Twilight Sad, and Manchester Orchestra. Case in point their first single since 2018, “Big Screen TV”.

Shimmering guitars, fervent rhythms, and Allan’s husky vocals swarm us from the start. The effect, though, is one of controlled excitement, akin to the feeling of when the plane detaches from the jet bridge. The journey has begun, and the taxiing to the runway is delivered with the slowly intensifying instrumentation. On the intercom Allan offers reassurance with his story of a young couple trying to escape the entrapment of their small town and the vastness of social media. They are off to find adventure in the big wide world. And as they find their liberation, lift-off occurs, illustrated by the massive sonic eruption. The experience is euphoric, akin to the majestic rock that Frightened Rabbit blessed us for more than a decade. Now we hope A Festival, A Parade will do likewise for the next ten years, if not more.

The Newcastle quartet will be releasing more singles this year, so get to know this band. They could be 2020’s biggest breakout.

One of the albums we are most excited to hear is Nation of Language‘s sophomore LP, Introduction, Presence, which arrives in just two weeks time. Four reasons explain our excitement: “Tournament”, “September Again”, “Friend Machine”, and now “The Wall & I”.

If you don’t know about Ian Devaney (lead vocals), Aidan Noéll (synths), and Michael Sue-Poi (bass), then you’re missing out on one of the great synth-pop bands on the planet, who are bringing to life the music of our childhoods. Like everything they’ve done, “The Wall & I” is gloriously the ’80s re-imagined. Whereas the previous songs featured Noéll’s sublime synth work, Sue-Poi’s Peter Hook-ish bass is the star. It pulsates like our accelerating hearts, giving the track a deliriously hazy effect. Then there is Devaney’s stellar songwriting, and his tale of frayed friendships, broken families, and lost causes is one to which we can all relate. It is a story we know all too well, as often we are the ones who are lost. In the arms of Nation of Language, however, we are saved. We are alive.

The band’s sophomore, Introduction, Presence, is officially out May 22nd. Pre-orders are available on Bandcamp. The single can also be purchased separately for just one US dollar. 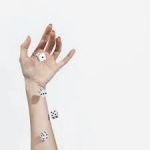 As Nicole Atkins gears up to release her latest record, Italian Ice, on May 29th, she has shared some really great tracks as teasers. From stunning ballads to throwback rockers, the singles released so far have shown every indication of Atkins at her best. Today she shares the latest single from the album.

On “Mind Eraser”, listeners are greeted with a heavy bassline and infectious drumbeat. Her vocals are accompanied by some trippy effects that eventually break into some dreamy harmonies. What follows next is a very cool interweaving guitar solo which builds into an intense end sure to leave you slack-jawed. We have said it before, but this advice bears repeating: if you’re not on the Nicole Atkins bandwagon, you are missing out on some damn fine music.

Those who need more Nicole in their lives should check out her weekly Friday live-streamed show called “Alone We’re All Together.” This week’s episode features Aaron Lee Tasjan, AJ Haynes (of Seratones) and Thomas Truax.

You can pre-order or pre-save Italian Ice here ahead of its May 29th release on Single Lock Records.

When we were first introduced to Haydn Park-Patterson and Millie Kidd’s project The Ninth Wave a couple of years ago, we were excited to hear a band take post-punk into the trembling depths of darkness. Their Gothic take to the genre was like hearing The Cure transform into a bleaker form of Iceage or Eagulls. And like the Goth-rock legends, The Ninth Wave’s evolution is eternally ongoing, which has excited about their future. Their newest single has us uttering a simple, “Wow!”

There is nothing simple, however, with “Happy Days!”, as the duo push the bounds of post-punk and goth-rock. The song quietly rumbles like the distant thunder of an incoming storm, as jarring rhythms clash with spine-chilling ambient and industrial textures. The eerie bleakness is further accentuated by Park-Patterson’s controlled vocals, the melody that never fully climaxes, and the lingering piano that sounds like notes heard in a haunted house. Or maybe the final notes that repeatedly pound in our minds, which is exactly what the band wants us to think. The song is not a celebration of a new day. On the contrary, it is the summation of one person’s search for stability in this chaotic world amid the huge peaks and valleys lived each day.

The Ninth Wave’s new EP, Happy Days!, is out July 17th via Distiller Records. This is just another reason to be excited. 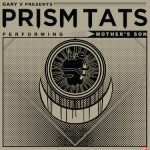 Garett van der Spek – aka Prism Tats – has been a consistently impressive musical tour de force since we discovered him at SXSW five years ago. The South African-born, Los Angeles-based artist wows us on each release, always revealing his kaleidoscopic talents in inventive ways. Sometimes he sounds like David Bowie or Spoon (“Used to Be Cool”); other times he channels Deerhunter (“The Liar”). Now on his newest offering, Prism Tats delivers another pulsing gem. This time, he enters then transcends the psychedelic-tinged orbits of Tame Impala and Ty Segall.

“Mother’s Son” is a four-minute journey through dense layers of honeyed vocals and swirling synths. The woozy, hypnotic effect is undeniable, especially as he sings:

Truer words were never uttered: you will have a hard time getting this tune out of your head, not that you’ll want to. Part of Prism Tat’s allure is the state of head-swaying oblivion you enter while listening. Why focus on the gloom of current world events when you can lose yourself in this dark gem?

“Mother’s Son” is available to stream and download from these links. Hopefully a full LP will arrive later this year from Anti- Records. Those looking to further support Prism Tats can get merchandise here. 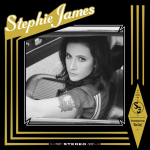 Nashville-based artist Stephie James will release her debut EP, These Days, later this summer. Today, James shares her first single, “Sin City.” If this track is any indication, she is someone the world should start paying attention to immediately.

“Sin City” is a true throwback track. It’s hard to pull off a tune this convincingly nowadays and make it sound truly authentic. But James is no revival or nostalgia act. On “Sin City”, she puts her own stamp on the formula while taking cues from some of the greats. There must be something about that Detroit-to-Nashville move, as Jack White also seems to be a master of this. The song itself just has a badass sound. Of course, it does not hurt that James has a killer voice as well.

“Sin City” is a great, inviting first taste of an artist with a lot of potential an a ton of credibility, including working with Dan Auerbach, and many other musical odd jobs that have landed her here.

Get your copy of this tune from these streaming and purchase links. It’s out today from INgrooves on behalf of Label Logic. Fans can support Stephie James at her Patreon page as well. 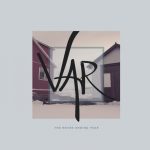 Someday we hope to find out what makes Iceland such fertile ground for musicians. It seems every Icelandic band has an innate ability to create soul-stirring sounds with ease. This is the case with rising stars VAR. This melodic post-rock outfit will surely cause a tsunami of emotions when you listen to their new “Moments” single.

This is an epic ballad full of rich sonic textures. While the vocals bear semblance to Sigur Rós frontman Jonsi, the instrumentation evokes the lushness of Mogwai. VAR use melancholy as an instrument here, incorporating an icy yearning into every verse and chorus. The result is far from chilling: the grandeur of their sound is both intimate and comforting.

The band’s latest album, The Never-Ending Year, is out now via Spartan Records from these sources.

Pretty much everything Thomas Savage does through his project Vilde gets us excited. This underrated artist weaves sonic spells with his mélange of electronica, psychedelic, and dream-pop. Furthermore, he crafts stories not just from the lyrics he writes but also in the music he arranges. If more people shared our excitement for the Australian’s post-modern art, he would be a star – or at least recognized alongside the likes of Sleep Party People and Unknown Mortal Orchestra as some of music’s great innovators. When his fourth album, Atopia, arrives this summer, hopefully more people will appreciate his imagination with “Absentee” being their gateway into Savage’s exotic world.

Art rock converges with neo-psychedelia on this dazzling and dizzying number. It commences innocently enough – just an ambient, fleeting melody to welcome us. Then an extra gear kicks in, and we enter a dimension that is calm, almost surreal. This world is a little trippy but relaxing and intoxicating. It feels like we have plunged headfirst into a bubble or Wayne Coyne’s hamster ball and gently rolled down a meadow filled with daisies or maybe floating within the vast, windless ocean. While the scenery is relaxing, we are alone. Now we realize what Savage is trying to tell us – that we have lived too long in our own bubble and failed to understand what has changed around and within us.

Head to Bandcamp to check out his other three albums. 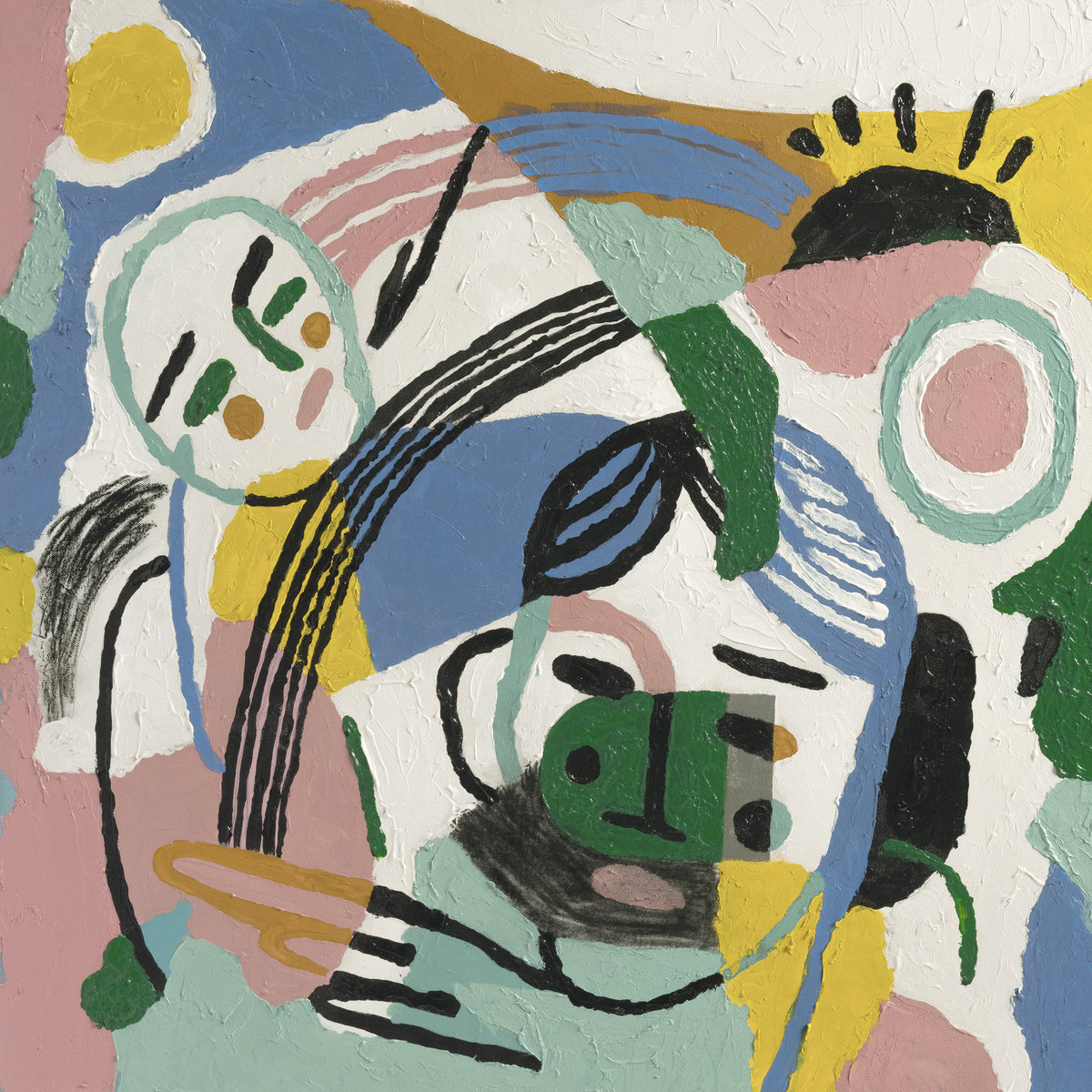