On The Matinee ’20 May 11 edition, we’ve arranged the songs in the order we think they should be heard on an actual playlist. As such, the list goes from smooth and melodic to more upbeat and back again. And like all great playlists, this one has a theme – about love, whether it’s self-love, love for each other, or enduring love. There is one politically-charged track, which in its own way is about love for the countries we call home.

Admittedly, we’re not the overly sentimental types, where we’ll share love ballads. Every once in a while, though, a song comes around that isn’t overdramatic or, shall we say, cheesy. Instead, it makes the romantic sound sublime and endearing, reminding us of the first time we utter the life-changing three words to our soulmate. This is what Roberto Carlos Lange, who is better known as Helado Negro, has achieved with the immensely talented Xenia Rubinos on “I Fell In Love”.

Subtle beats pulsate within a breathtaking melody, creating a heart-fluttering, chest-swelling, intoxicating effect. The song’s beauty is a like a dream from which we never want to awaken. For many of us, we’re living it each day. If that’s you, grab your partner’s hand, find a quiet place to watch the sunset together, and allow this song be the soundtrack to your evening. Or better yet, slow dance under the fading orange skies and together remember the day the two of you fell in love. Remember the day you saved each other.

For fourteen years, Brooks Nielsen (lead vocals), Matt Taylor (guitar), Anthony Braun Perry (bass), Kyle Straka (keys/guitar), and Scott Montoya (drums) have entertained the world as The Growlers. Their catchy surf-rock / surf-pop would incite good times while their lyrics would often provoke us to consider our place in the world. They’ve commented on the inequalities that continue to exist, how technology has divided us, and the decay of neighborhoods. Occasionally, they’ll share a song that is a little different and has two simple objectives – to put a smile on our faces and give us a bit of hope.

If there was one song to get us out of the self-isolation doldrums, “Dream World” would be it. It is The Growlers through and through – catchy, jangly guitar riffs, hip-shaking rhythms, Nielsen’s distinct voice, and a thoughtful message of finding the light in these dark times. The track is filled with great lyrics that should be posted on a banner, etched on a bumper sticker, or even as a tattoo. Our favorites include: “You can find love in the middle of a war” and “Make the dream last forever / Close your eyes but never surrender”. Like we said, this tune is exactly what we need today.

Germany’s Drens haven’t been around for that long, but they are one of the most intelligent bands around. Whereas a lot of other young groups would be writing songs about partying, broken hearts, or lust over another person, the quartet tackle the most pressing issues facing the world and its people.

With their debut EP, Pet Peeves, on the horizon (drop this Friday, May 15th), the outfit has already released three tracks. “Saditsfiction” and “A Very Sunny Day” addressed the anxiety, depression, and loneliness associated with self-isolation in a COVID-19 world. “All My Friends Got Time”, meanwhile, commented on innocence lost and the uncertain future to come. Song number four, though, sets its sights on much bigger fish without sacrificing the Drens’ rambunctious and high-energy surf-punk approach.

“I Can Barely See” targets fascists, tyrannical leaders, and egomaniacs. It is, in other words, a rocking, pounding anti-fascist song that everyone should hear and become motivated to fight against those who want to control our minds and actions with their disinformation, misinformation, and propaganda. It is the anthem for us to act and not accept the buffoonery of our elected “leaders”. Like all great anthems, “I Can Barely See” is nearly four minutes of non-stop adrenaline, starting off like a head-noddling rocker and then turning into a dark, pulsating, eye-opening revelation. Fabian Livrée, Arno Augustin, Patrick Uitz-Blickling, and Joël Brüning have released several great songs, but this is their masterpiece to date.

We have all encountered people who have chopped us down, belittled us, and made us feel like we are insignificant. Some of us may still feel unworthy and struggle to cope with the trauma of the past and present. If this is you, then allow Vancouver’s Hailey Blais to grab your hand, pull you out of the bleakness, and help you find strength in yourself.

“Too Good” is not just a gorgeous work of lush dream pop that will have you gasping for an extra breath, thanks in large part to the great synth work and Blais’ stirring voice. It is also a piece of sage advice from a young artist, who acts like our best friend and arrives just in time to pick us up. Her words pierce like Newton’s arrow, hitting true and hard. And like that moment in history, she has an epiphany, which is that the only thing that matter is what she believes and not what others, particularly one abusive soul, think. She beautifully and brilliantly sings:

The song is taken from Blais’ forthcoming debut album, Below the Salt. The record drops August 25th on Tiny Kingdom Music.

Looking to the past often can give us the answers we are seeking today. History will always teach us things, but a little bit of introspection and retrospection are often what are required to allow us to take the next step forward. Such is the case on Australian singer-songwriter Leah Senior‘s splendid new single, “Evergreen”.

Retrospection comes in the form of the ’70s baroque pop approach, which is simultaneously cool and summery. The piano-led melody recalls Whitney’s classic-rock reinvention and the smooth, intimate calmness of Jessica Pratt. Introspection, meanwhile, is heard in Senior’s revelatory lyrics, where she has come to accept who she is and learned to tune out all the external noise. She offers advice to her younger self, but we, too, can learn from her experience.

“You know the sun just won’t shine through
Unless I like what I do
And I try something new
But I can’t help do what I do.”

And we hope she will continue to do what she is doing because the young woman is an immense talent. You don’t have to take our word for it. Instead, take King Gizzard & the Wizard Lizard’s label Flightless Records, who will release Senior’s new album, The Passing Scene, on June 12th.

It seems like the theme of Summer 2020 might be “Raincheck Summer”. A summer of rescheduled, changed, and canceled plans lies ahead. It’s quite coincidental Lillian Frances has released a track by that very title that may become an anthem of the summer.

Frances’ “Raincheck Summer” is more of what made her EP, Timeism, so addicting. Featuring killer pop beats, witty lyrics, and Frances’ laid-back vibe present throughout.  And while Frances isn’t singing about quarantine and self-isolation, more about rain-checking some unappealing plans, even she admits that:

“These words ring truer now than the day I wrote them, making ‘Raincheck Summer’ one of the most oddly appropriate summer quarantine songs.”

We’ve become accustomed to Alex Lynn releasing upbeat, optimistic folk-pop music under the alias Alex the Astronaut, and we always look forward to hearing her cheery nature and incredible storytelling. The aspiring spaceman, however, showcases a slightly new side to her craft. Oh, the great and fulsome songwriting (thankfully) is retained, but she goes a bit more widescreen, gets a touch darker, and wades into the guitar-pop realm with “Lost”.

The young Australian with a humongous heart has delivered another stellar tune. Whereas her past songs have centered around Lynn’s booming voice and acoustic guitar, “Lost” features a moving string section, stuttering beats, and a second guitar to give the song a fuller, more dramatic sound. Consequently, the track is less euphoric than her past songs, but it hits harder emotionally. The bigger, broader approach complement Lynn’s story of a young girl and boy trying to figure who they are while the immediate world around them is falling apart. They have no answers, and each day they become further lost. Who will save them? Lynn doesn’t tell us, but we think she probably already has in telling their story to the world.

Alex the Astronaut’s new album, The Theory Of Absolutely Nothing, is out August 21st on Nettwerk Music Group. We’re not sure what to expect anymore other than that the LP will be filled with meaningful, engaging, and poignant stories.

What superpower did you wish you could have as a child or even could have now? Would you want to fly, be able to stop time, run fast, be invincible, have incredible strength, or read people’s minds? For Charli Adams and someone from her hometown, all they wanted was the power of transportation, where they could instantly be in a new place with the snap of a finger. She beautifully captures this wish and the separation between the two of them on “Superpowers”.

The song is simple in its execution, featuring just Adams’ honeyed vocals and her acoustic guitar. But like Julien Baker and Phoebe Bridgers before (and Joni Mitchell, Joan Baez, and Ani DiFranco before them), Adams demonstrates that exquisite warmth, beauty, and cinema can be achieved with just two elements. Through her hushed voice, she elaborates how the distance apart from those she lives is eating away at her and how she daydreams – how she wishes – about a different reality. Her words are stunning, and we not only sympathize but we empathize with her situation.

“That there’s no superpowers
And nothing for us to do now
Teleport over a bed of flowers
In dreams is the best that I’ve found
Oh, what I’d do to have you around”

“Superpowers” is out on Color Study, who also released Adams’ debut EP, Good At Being Young, earlier this year. 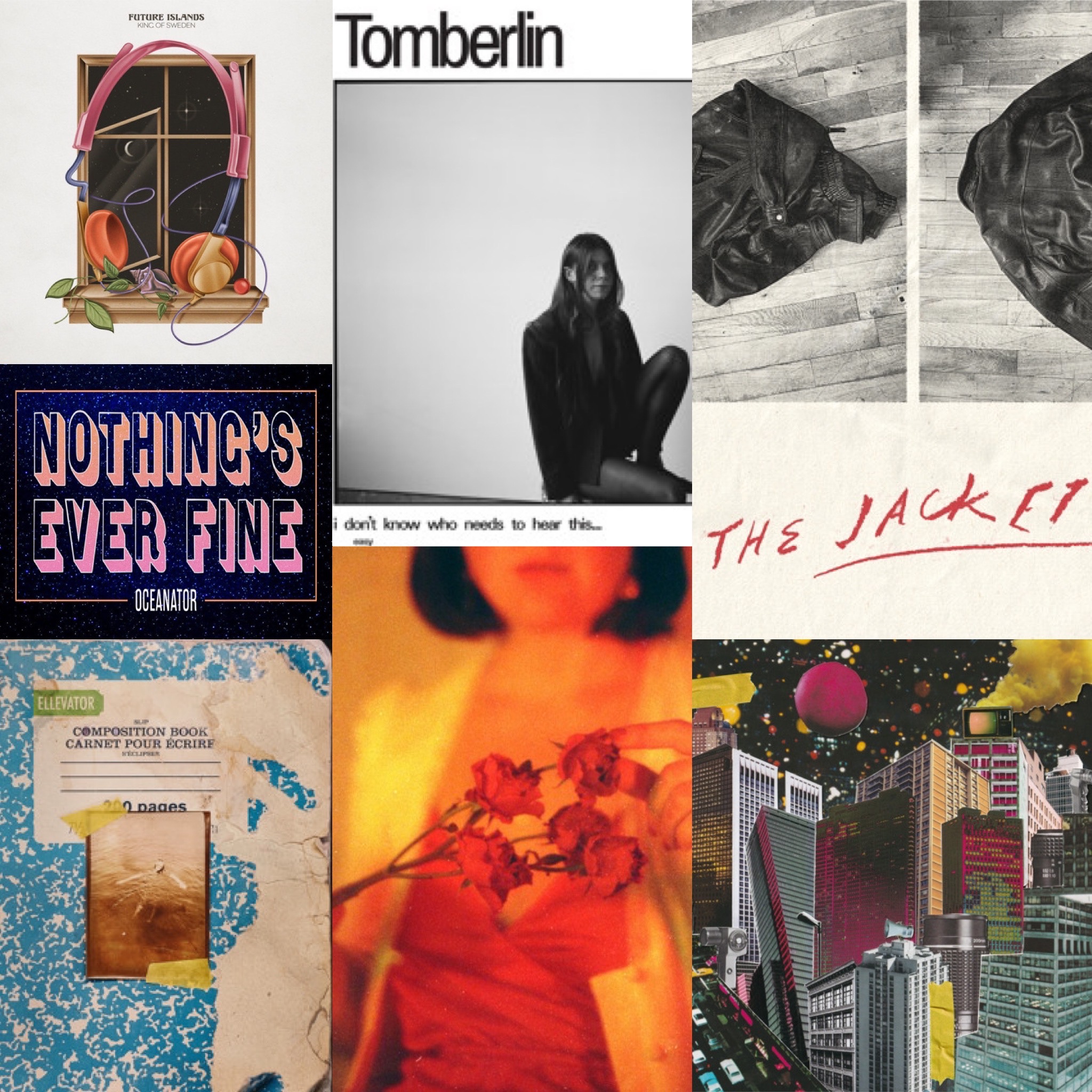 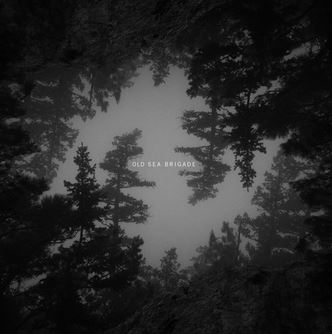