As it’s hump day, we explain why the songs on The Matinee ’20 May 13 edition will give you a boost. Granted, every day seems like hump day, as we’re still adjusting to the “new normal”. These tunes, however, will provide a sense of normalcy.

We may not be able to travel too far these days, but music is one way to escape the world. And the mysterious Bad Flamingo have developed a reputation over the past four years for taking listeners to the dusty, arid plains of the Sonoran Desert with their dark, cinematic take of alt-folk, spaghetti western, and Americana. For their latest single, however, they add another layer of intrigue.

“Dandy Little Day” is, like the duo, mysterious yet enticing. The vocals are sultry and seductive, drawing you in with word that is sung. They don’t sound like someone who wants to spend the night with us. On the contrary, they are femme fatales adorned in cowboy attire, and they are hunting down their prey. Are they seeking revenge? Are they vigilantes? Hired assassins? Are they a bit of all three? Let your imaginations run wild because the ladies won’t tell us. Instead, like great artists, they want us to complete the story. Now this is a way to get through Hump Day.

The Beths – “I’m Not Getting Excited” (Auckland, New Zealand)

Simply seeing The Beths‘ name should be enough to put a smile on your face. Arguably the best band from Aotearoa at the moment, Elizabeth Stokes (guitar/vocals), Jonathan Pearce (guitar/vocals), Benjamin Sinclair (bass/vocals), and Tristan Deck (drums/vocals) have the mentality of the exuberant pop-rock bands of the ’80s, where everything they do blisters with energy and is filled with thoughtful stories. They’re not here to simply entertain us; they also exist to give us perspective and meaning in our lives. Their newest single is just a microcosm of their enormous talents.

Anyone who has followed the band knows The Beths tend to lean towards the guitar-pop side of the music spectrum. For “I’m Not Getting Excited”, they unleash their rock ‘n roll side. Fiery, urgent, and, of course, rambunctious, the tune is a massive adrenaline rush. People who love to do air guitars, invisible drum pounding, and statue-esque bass poses will be doing their best impersonations throughout the songs 222-second duration. Speaking of which, Stokes’ lyrics address the rise of the imposter, who seem to be everywhere. And we, too, are the imposter, pretending to like something just to appease other imposters. For The Beths, they have to constantly have to put on a happy face for the audience, industry gurus, sponsors, promoters, etc. This is the new world today, but fortunately The Beths are helping to break down the walls we erect.

Jump Rope Gazers is out July 10th on Carpark Records. Pre-orders and pre-saves are available here.

A great story is a wonderful way to waste the day away or forget about the crap we’ve encountered today. When that’s accompany with an upbeat, off-kilter indie-rock approach that makes you want to noodle your head and possibly dance, the song is an undeniable winner. This is one way to describe “Mr. Meaner”, one of the singles from English singer-songwriter Dan Lyons‘ debut album, SubSuburbia.

“Mr. Meaner” is simply awesome. Besides the energetic, rollicking approach, Lyons has crafted a fantastic tale. He narrates the life of a couple – one is a manipulator and abuser and the other is a “deceiver”, who hides her pain through fake smiles and unwavering obedience. The song is filled with great lyrics, including:

“I am the lonely prophet waiting in the wings.
I am the substitute for grandeur that you’ve always dreamed about.
This is a wholly, useless neurotic exercise
As love made as a product for dewy helpless eyes
The mystics they have told you on 0800 lines
That love will surely find you somewhere, some place, some time.”

SubSuburbia is out now and available for purchase or streaming at the following links.

One of the best ways to get through the Wednesday blues is to look in the rear-view mirror and get nostalgic. An image may be the stimulus you need, but for us a great song will always do the job especially when it reinvents something familiar. Chicago’s Dehd have become masters of reinvention and reinterpretation, as evidenced by their terrific Water album, which brought The Velvet Underground into the 21st Century. What their forthcoming, new album, Flower Of Devotion, will do remains unknown, but “Loner” might offer a hint.

The cool and breezy track is a mélange of genres – a Peter Hook-like bass, a chiming guitar that echoes The Jesus and Mary Chain, and synth and rhythms that pulse like a lo-fi, bedroom version of Leftfield. In other words, the track is the ’70s and ’80s brought to the modern age, yet it feels familiar. It is nostalgia immortalized. Front woman Emily Kempf’s lyrics, too, are timeless, as she addresses the isolation that often accompanies one’s struggles with mental illness. “I’m fine, I’m fine”, she repeats at one point, trying to convince herself that her life is ordinary. Maybe the lyrical content isn’t quite anti-Hump Day, but it is a song that makes us all realize we are not alone in this struggle.

Any song that makes us want to do weird body jerks like David Byrne or Elaine Benes is worthy of a Wednesday placement. Is there a better way to get over the Hump Day doldrums than to do something out-of-the-ordinary and just be silly? Not in our opinion. And Montreal Pottery are definitely not ordinary. Their unique take of art-rock is manic and immensely creative, combining the brilliance of Talking Heads and Orange Juice. They don’t, however, limit themselves to this genre, as they’ll infuse anything and everything, including Middle East and Central African percussion (listen to “Texas Drums I & II as an example). On “Hot Heater”, they stay closer to home and add some Midwest USA-style post-punk rhythms.

Funky, cool, quirky, most awesome – these are just some of the words to describe this fun tune. Or more accurately, it’s a rhythmic delight that will have you moving every part of your body in ways you never knew you could. If you’re walking outside while listening to this tune, you might have people looking at you funny as you strut awkwardly down the street. But who cares because great music will unleash the fun and zany self. Great music will also challenge you. While the title “Hot Heater” could evoke plenty of images, it symbolizes are heating planet and the damage we’re creating on our environment.

Pottery are: Tom Gould, Paul Jacobs, Jacob Shepansky, Peter Baylis, and Austin Boylan. Their new album, Welcome to Bobby’s Motel, will be released June 26th. Royal Mountain Records (CAN), Liberator Music (AU/NZ), and Partisan Records (rest of the world) will release it . Pre-orders also include a visual treat in the form of a 32-page zine created by the band.

We need to first say that we don’t often share covers because, let’s face it, the newer version is seldomly better than the original. But when a band’s rendition is the exception to the rule, we have to give it plenty of love. Newcomers White Flowers, who only released their breathtaking debut single, “Night Drive”, back in January, have done the impossible. They’ve turned a Mark Kozelek-written tune into something even more extraordinary. Specifically, they’ve taken sadcore pioneers Red House Painters’ classic “Katy Song” into a spellbinding affair. They’ve made sadcore dreamily intoxicating, allowing us to escape the world for 6 1/2 minutes.

The duo releasing this cover now is timely given the song’s lyrics. It’s a painful goodbye to someone close and the realization that one could not be nor give love.

Purchase or stream the band’s split single at these links. Tough Love Records has the pleasure of distributing the two tracks. 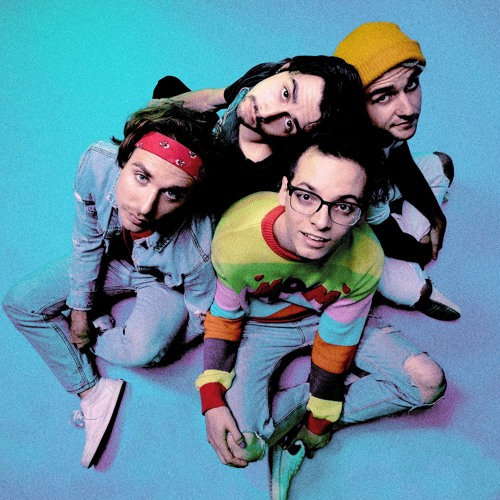 “Infinitely Ordinary” is a great introspective on falling in love and has a most addicting chorus that can be added to your weekly cardio playlist, hopefully in some areas around the world soon it could be listened to while going to the gym. It’s a high-energy track that will definitely get you through the rest of your week.

The Wrecks have a way of crafting hook-laden melodies that would cure any sour mood. It’s definitely kind of ironic right now the lyrical content as many of us have been ordered to become infinitely ordinary with those we are closest to. We can think back on a time when we were almost too busy with so many plans, and that sometimes slowing down and focusing on certain things is really important.

The quartet just released their lyric video for “Infinitely Ordinary”. For those out there that would want to take part in a “virtual” concert experience, The Wrecks will be part of the Block by Blockwest concert on Saturday May 16th. The concert will take place inside Minecraft and will include Pussy Riot, Grandson, Sir Sly, and many others. You can get more info here. 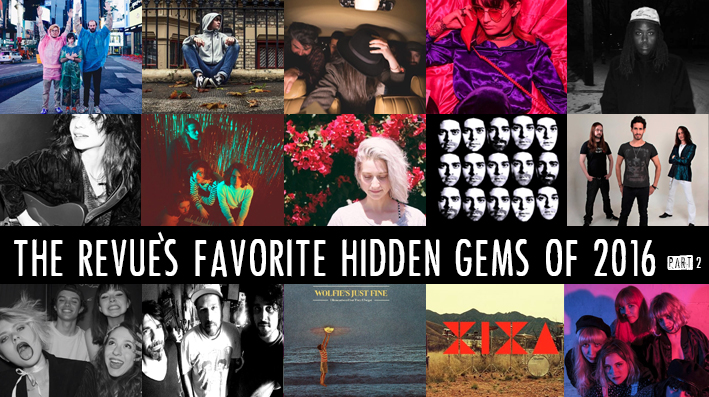