Nostalgia: (n.) a sentimental longing or a wistful affection for a period in the past

As the world slowly returns to a new normal, the sunnier spring days offer hope and optimism. These days also give us time to indulge in reflection and remember the moments that have defined us. Nostalgia is different for each of us, though with common elements. For some, a song, a person, or an event is what taps the wellspring of memories. For others, it is a place or moment in time. In the case of Brent DeBoer, who is best known as the drummer for The Dandy Warhols, Chicago’s storied Soldier Field is his source.

As the story goes, thoughts of his family flooded the Portland-born, Melbourne-based artist’s mind while he and the famed indie-rock outfit were at Lollapalooza. Staring at the stadium’s massive sign, lyrics began to develop and a song was born. However, it was not a song destined for The Dandy Warhols. It belonged instead to his other main project, Immigrant Union, who have been creating breezy, classic psychedelic folk-rock for nearly a decade.

Finishing touches were completed in Melbourne with bandmate Bob Harrow, and “Soldier Field” was revealed to the world ten days ago. The track evokes feelings of waking in a sun-kissed haze from a nap at the beach. It is refreshing and revitalizing, filling your soul with much-needed warmth and energy. From the opening notes to DeBoer’s first words, the song immediately transports you to that nostalgic place where your mind and body exist in harmonious mellowness.

The song itself is not the only newsworthy gift from Immigrant Union. We are honoured to announce the quintet’s long-awaited, third full-length album is out soon. On 19th June, Judas arrives via Cheersquad Records. Now with three songs released (“New Win” and “Jewels in the Sky”) the album could be one of redemption, revenge, or both.

To celebrate the news, Immigrant Union are debuting the “Soldier Field” video. Its minimalism captures the song’s calming tones. Its artistry – from the black and white footage, the slow-motion capture, and the widescreen, cinematic shots – is reminiscent of Spike Jonze and belies its low-budget origins. As DeBoer explains:

“The video was shot at Pink Lake, halfway between Melbourne and Adelaide. It was shot by me and (Immigrant Union keyboardist) Peter in one sweeping, unedited take. We handed the camera off to each other back and forth. We shot on my Sony a6300 on a little stabilisation, gimble thing. Other than the price of the camera, the video was shot on a $0 budget. I really like the way it turned out. Pink Lake is such a beautiful location. However, we all forgot sunscreen and paid the price in the most epic way.”

The result is a slice of stunning nostalgia that viewers will want to revisit time and time again.

Pre-orders of Judas are available on Bandcamp. 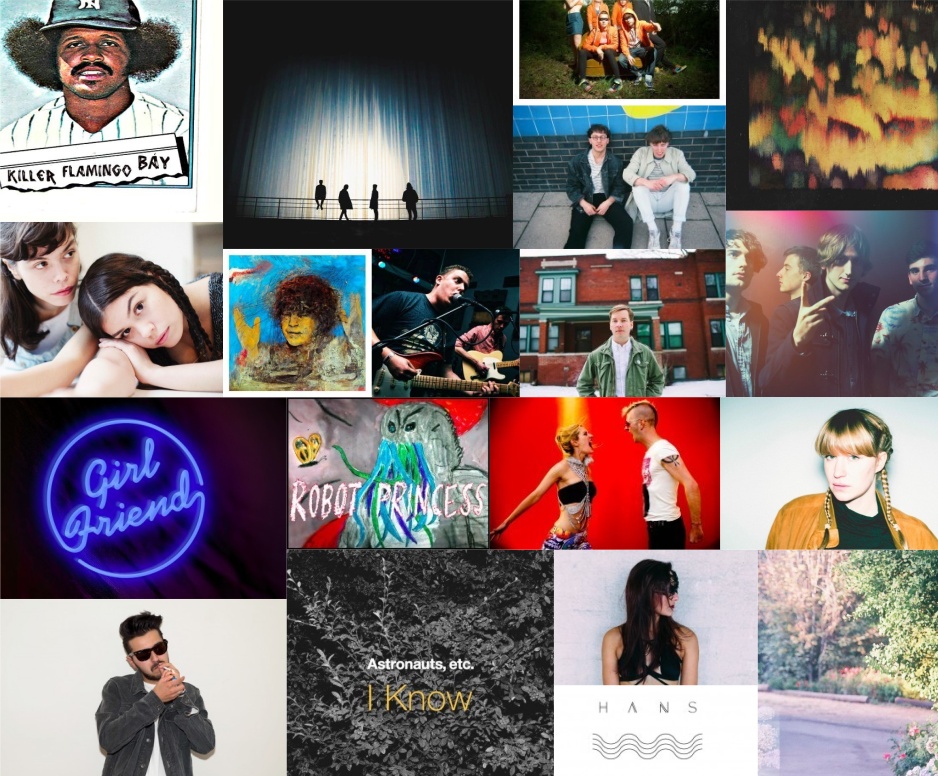