We generally reserve the Friday mini-playlist for upbeat fare, but we’re changing gears for The Matinee ’20 May 22 edition. Energizing and euphoric tracks remain, but more sombre, dreamier, and cinematic fares are on the menu. We kick things off with a song that goes against the Friday norm, yet its place on the list is apparent after a single listen, which is the case for all of the tracks.

Few songs have titles that describe their effects on the listener, but A.A. Williams‘ latest is an exception. Be prepared to crumble if not completely succumb to her new single, “Melt.”

Just three words are needed to articulate the song’s powerful, mesmerizing, and cinematic Gothic post-rock: Oh. My. God. “Melt” is one of those immensely rare experiences that inspires you to rock out and gasp for breath as you enter a new dimension. The first half is enchanting, as Williams patiently reveals the pain she suffered at the hands of another. The second half reaches an awe-inspiring crescendo and becomes euphoric. At this point our heroine has found a bit of hope within herself. Soon the rest of the world will realize this London-based artist’s talent because “Melt” is not just a song of the year candidate; “Melt” is truly a song for the ages.

Earlier this year Bristol-based The Desert gave us a boost with “Beauty Queen”, a celebration of who we are and the love that binds us all. In a short two months, the group comprised of Gina Leonard, Tom Fryer, Ryan Rogers, and Jonny Parry begin a new chapter down darker paths. Joining them on this journey is the renowned producer Steve Osborne (New Order, Suede, Placebo). The indie-rock that defined the band’s early years has morphed into a trip-hop sound reminiscent of Morcheeba and Massive Attack – or at least that’s the direction of their newest single, “Disappearing Act.”

An hypnotic rhythm opens the track and provides the canvas for Leonard’s tale of desperation in the face of love. Although keys and a dissonant guitar enter the fray, the song never goes overboard. Instead the restraint accentuates the despair in Leonard’s voice, and we can feel the tension that has consumed her. We feel like we are here because we’ve been down the dark abyss where we would “do anything for you.”

If this is indeed the first page of a new chapter, The Desert will be a place that many people (including ourselves) will frequently revisit.

“Disappearing Act” is out on Funnel Music. 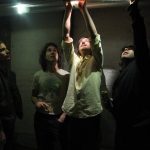 Back in 2018 we called FEWS “mind-boggling” while a year earlier we praised their dystopian, post-punk intensity. Their newest offering reminds us why they are one of the world’s most exciting bands.

“Heaven” is more than just a fierce explosion of edgy rock riffs. Sure, the band’s wall of sound channels My Bloody Valentine and FIDLAR. But don’t let the powerhouse vocals steal your attention from the lyrics. When lead singer Fred Rundqvist delivers lines like “Heaven is for lonely people” you know this tune is an instant classic.

Their 2019 album, Into Red, solidified their status as a band to watch. The arrival of their forthcoming Dog EP proves that not even a global pandemic can slow their path to success. We predict that if FEWS continue on their current trajectory, it won’t be long until they headline festivals worldwide.

“Heaven” is available from these links while the new EP arrives July 3rd via their newly-founded Hello Dog label.

Two years ago, Jillian Medford released her incredible sophomore album as Ian Sweet. Crush Crusher unsurprisingly landed on our Favorite Albums of 2018 list. It’s easy to be drawn into Medford’s unique style, especially on an album as intense as Crush Crusher or one as raw as her debut, Shapeshifter. This week, Ian Sweet shares “Sword”, and it’s a further evolution of her style.

In its opening moments with strange sounds and a great beat, Medford describes “Sword” as her “Ultimate Fighter manifesto”. Throughout, Medford repeats, “My body is a sword / It gets sharper when it gets ignored” as the song builds and shifts. At times it’s got a killer groove thanks to its bass. It also has a hypnotic, spacy section that breaks into a lo-fi bridge before it all kicks in again. It’s a great track that shows Medford’s creativity and her willingness to try something bold and daring on each new release. It’s exciting to think about what’s next for Ian Sweet, and “Sword” has us even more excited.

Get your copy of “Sword” from Bandcamp.

As temperatures rise, the urge to go for a leisurely drive with the windows down intensifies. Although we cannot go on long road trips, we still need music even if we’re just walking around the block. A perfect tune for these moments is “Even If I Tried” from Jenny O.

The L.A.-based veteran singer-songwriter draws inspiration from the era when the Laurel Canyon was a musical hotbed. “Even If I Tried” blooms with the summery, psychedelic folk-pop of that time and place. Plenty of smiles and toe-tapping will result. For Jenny O., however, the track is her realization that not everyone is willing to meet her halfway or make amends. There are no regrets in her words, but there is a sense of relief. Now she can move on with the rest of us and daydream about what the coming months will bring.

We are looking to the future and June 19th, specifically. This is when her new album, New Truth, arrives on Mama Bird Recording Co. Pre-orders are available here. In the meantime, head to Bandcamp to check out her back catalog. 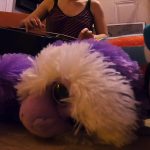 Kaki King is one of the most innovative guitarists in the world. From her early days with a very percussive style to lush soundscapes that accompany her later albums and projects, King continues to evolve. Her 2015 album, The Neck is a Bridge to the Body, was an amazing instrumental journey accompanied by an immersive live show experience. Since then, there hasn’t been much from King when it comes to new music, mostly a live album in 2017. This week, King delighted fans by sharing the exquisite instrumental, “Teek.”

“Teek” showcases everything that makes King a standout musician. Its beautiful composition and impeccable guitar work turn it into a truly special listening experience. It’s just King and a modified guitar for the most part, with a little viola filling it out here and there, but it’s minimal, with moments of silence that make the track even more atmospheric.

“Teek” is available now on Bandcamp. King’s next album, Modern Yesterdays, is due later this year.

“Ego” is a killer tune that just might be alt-rock perfection. All the elements are present: melodic guitars that definitely take their time to shine as well as a grandiose chorus and emotive vocals from front man Addition Johnson. You’ll also have to note the killer basslines in the intro and the pounding percussion throughout. The band is so perfect with their timing and transition that it’s truly a head scratcher as to why they do not have more recognition.

Don’t confuse the band’s title, as Lost In Japan are a quartet from Canada. They have also released a pretty cool video for “Ego” that follows the band around their hometown and also touches on the struggle of social media immersion and distractions which is a key part of the lyrical tone.

“You can’t turn off that white noise in your brain
And where do we go from here?
Has this gone too far?
I’m scared of what we are”

Lost in Japan are Addison Johnson, Chris Hoekstra, Nolan Peake, and James Wiseman. Hopefully there will be more new music released this year. “Ego” is the first follow up from 2018’s self titled debut album. 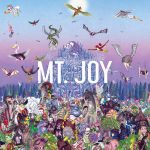 Mt. Joy deliver a slow-burning emotional blow on their newest single from their forthcoming Rearrange Us LP. While the Philadelphia indie folk-rock outfit are masters of rousing melodies (like “My Vibe“), on “Witness” they opt for a different path. Here the beautiful instrumentation becomes a fire upon which their lyrics become a red-hot brand. Their message is then seared onto the heart of all who listen. In other words, it’s one hell of a song. The song’s mellow start is a red herring: for the first half, the lush instrumentation has you thinking this is a traditional love song:

“Would you be my witness as the time flies past
If you love it write it down
If you need me come around.”

Soon the crescendo of piano, strings and dreamy backing vocals signals a shift. The beautiful becomes bold when the chorus reveals an explosive plot twist:

“I walked in on you
who could lie like you
Shut off that stupid song
I should cut out your tongue.”

But beneath that rage remains hope as the song concludes with the lines “Forever under your spell / I’m ready to love.”

Rearrange Us arrives June 5th from Dualtone with pre-orders here and from Bandcamp.

Nashville based NAWAS (by way of Baton Rouge, LA) are back with a soaring new single. Childhood friends and founding members Jake Nawas and Ben McDaniels are bringing a soulful turn to modern synth pop. They are also writing meaningful tracks about the human condition.  Their sound is often radio friendly with an amazing falsetto that could definitely fall into the epicene category.

“Nevermind” portrays a relaxing tone with simple acoustic guitar paired against ethereal melodies. The lyrical content takes us on a journey of self reflection and possible regret as the theme hints toward losing a relationship along with internal struggles. The parting chorus hints to losing ones way:

“Nevermind” is from the band’s upcoming EP, Exposure. 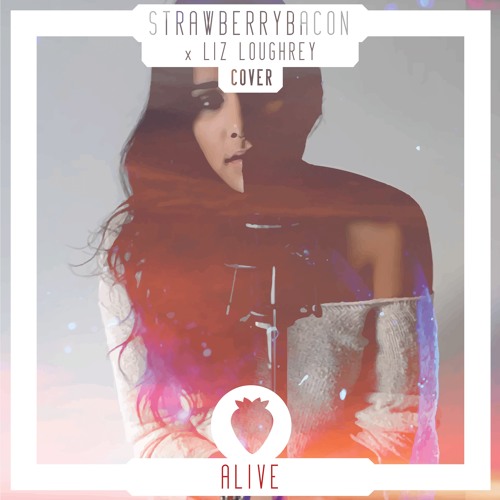 POLSKY – “My Own Company” (album premiere)