The Matinee ’20 May 27 focused on the creative brilliance of women artists and female-fronted bands. A few newcomers and a couple of familiar names are presented below, and each one is distinctly different from the rest.

Is grunge undergoing a renaissance like shoegaze did with Slowdive’s return and synth-pop when Future Islands achieved their breakthrough? If the genre ushered in by Nirvana, Soundgarden, and Pearl Jam does make a comeback, it will be achieved on the backs of a new generation of talent. Most of them don’t reside in Seattle. Instead, a slew of European bands is leading the revival. They’re coming from Germany, Italy, and England, where Gaygirl reside.

Led by co-songwriters Bex Morrison (vocals/guitar) and Lewis Clark (guitar) with Tom Coyne (bass) and Louis Bradshaw (drums), the London outfit are rekindling the days when flannel defined the fashion choice of the angsty crowd. With a song like “Killing It”, they just might resurrect another ’90s trend while recalling the greatness of another band from the era.

Weaving between an assertive, in-your-face alt-rock approach and off-kilter, meandering noise-rock, “Killing It” recalls Garbage at their height. Just as the song nearly reaches a wailing crescendo, the band rein it back in and take it down a notch. That roller-coaster approach results in fist pumps at its high points and gasping for a breath as it decelerates. The song’s punchy dynamics also mimic Morrison’s lyrics about trying to find balance in the midst of chaos. The overzealous guitars and cathartic rhythms are the tornado that swells around her. All the while she hollers, “It keeps me in when I want out / The creep within will be freaking out.” We know the feeling. Time to break out the flannel.

Gaygirl’s debut EP, Pleasurehead, is out now on Permanent Creeps. 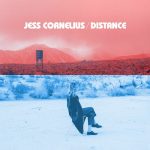 Singer-songwriter Jess Cornelius may now reside in Los Angeles and previously lived in Melbourne, but she’s still considered a New Zealand treasure. Like most Kiwis, she’s resilient and creative, never backing down from a challenge and always finding a way to get things down. Kiwi know-how as they like to say, and she demonstrated that with her first band, Teeth & Tongue, and now with her solo project. Although she recently moved to California, anyone who knows Cornelius wasn’t surprised the least bit that it took her very little time to find a group of musicians to perform with her and challenge her. The first result is “Kitchen Floor”.

“Kitchen Floor” recalls the brittle folk-rock of the late ’70s – music that should be played in the dusty, little countryside or desert bars where people drink away their worries. They don’t need to tell the bartender what’s on their mind because the singer is telling our story. In this case, Cornelius says goodbye to one person while saying hello to her newfound independence. Leaving is difficult, but it is also rejuvenating. It is one’s rebirth, which is kind of like Cornelius’ never-ending story.

The song is taken from Cornelius’ new album, Distance, which is out July 24 on Loantaka Records (US) and Part Time Records/Remote Control Records (AU/NZ). Pre-order it on Bandcamp. 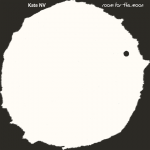 The power of music is universal. Melodies connect us even when lyrics cannot, because emotions are what is expressed in songs. When we discover an artist whose native tongue is not English, we can sometimes decipher the song’s essence. (Though not always, as Sigur Ros have proven many times!) On “Plans” from Russian artist Kate NV, we need no translator to describe the emotions she conveys in this sleek, synth-driven tune. The instrumentation alone hints at chaos. Much like the vintage-inspired dark pop of Chromatics and Bat For Lashes, what Kate NV delivers here is sophisticated. The highly danceable hooks keep you engaged while the visuals are a feast for the eyes.

The video offers translated lyrics that confirm our suspicions about its message: everyone’s plans are in flux right now:

“Somewhere on the planet there are plans
Where everything is clear
Where we are given words, plans
Who would tell us what it was like
Before it turned to this”

The world may be in turmoil, but thanks to Kate NV, the music has never sounded better. Look for this song on the band’s Room for the Moon album due June 12 via RVNG Intl. Pre-orders are available from the label.

Kate NV is joined on the album by Jenya Gorbunov (bass), Vladimir Luchanskiy (sax), and Quinn Oulton (bass and sax). 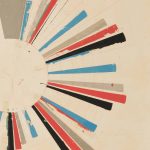 A new Land of Talk album is meant to be savoured. Unlike the mainstream fare that is marketed for quick consumption, the musical tales that Elizabeth Powell weaves ask you to pause and listen. In return you are rewarded with rich, soothing tapestries. The Canadian band’s newest single seems imbued with magical powers, because each listen reveals previously undiscovered elements. From its mellow intro to the perfectly-timed crescendo that sends chills down your spine, Powell reminds us yet again why Land of Talk is one of indie music’s most underrated projects.

“Diaphanous” lives up to its descriptive title. Throughout its four-plus minutes, this track envelops the listener in a gentle embrace. Powell’s vocals have the warmth of a spring breeze while the instrumentation enhances the mood without detracting from it. As Powell sings about getting “caught up in the wrong stuff” just prior to the bridge, you can’t help but sigh in solidarity. The tenderness of her delivery pairs well with the raw emotional honesty of her lyrics. Retreat to your comfiest spot while you listen to this tune. “Diaphanous” is a treat for your senses. You can find it on the forthcoming LP, Indistinct Conversations.

The album is due July 31 via Dine Alone Records (CAN) and Saddle Creek (USA/elsewhere). Pre-orders are available here and at Bandcamp. 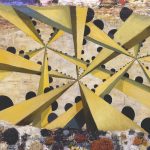 The undercurrent that surges through every note of the newest Liela Moss single is best described as sultry pizzazz. “Atoms at Me” is a sonic vortex that draws you in and keeps you spellbound. This is the first we’ve heard from The Duke Spirit frontwoman since her 2018 solo debut, My Name Is Safe in Your Mouth. Now in addition to this stunning tune she has shared news of her sophomore solo effort, Who The Power. Suddenly 2020 looks infinitely brighter.

Moss says of the album, “If you’re going to deconstruct the modern psyche, you might as well dance to it.” While this may be an understatement – you won’t want to dance so much as you’ll wish you could dive into the melody and swim amongst the lush instrumentation – there is no denying the song’s powerful effect. As the blurred images of the video attest, “Atoms at Me” is both cerebral and cathartic. Your pulse quickens with every passing second, senses tingling as her vocals cast a spell. You can try to play this song only once. Trust us: you will never relish failure more. Evocative, arousing, and enchanting, “Atoms at Me” might be the most hypnotic song of the year.

Bella Union will release Who the Power on August 7. You can pre-order it here.

Three songs into her solo career, it’s safe to anoint Lindsay Munroe as one of the great, young singer-songwriters entering the scene. Her debut single, “Mirror”, offered brutal honesty. The slow-burning intensity of “Split”  represented a woman revealing the conflict tearing her soul apart. Munroe’s latest song may be her most poetic and intimate yet.

Although she has an infinity for brevity in her song titles, Munroe has plenty to say on “River.” Similar to her first two singles, she turns a minimalist approach into a powerful anthem. It’s not just the lingering guitars, the feathery percussion, or the deft drops of the bass that steal your attention. Rather, her soft but potent voice and her poignant lyrics are a magnet. You find yourself grabbed by her story of two people growing distant and seeking answers in the same place. The imagery of the “River” is brilliant from secular and non-secular perspectives:

“I was asking for foregiveness, I was hiding from the pain
I was trying not to show you that it all feels the same
She knows where to go, she knows the way to go
The river has the answer.”

Munroe is supported by Hannah Ashcroft (lead guitar), Tom Miller (bass), and Barnabus Kimberley (drums). Her debut record is expected later this year. What a talent. 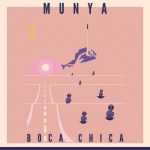 We’re not exactly sure how we missed this because two years ago Josianne Boivin – a.k.a. MUNYA – tickled us pink with her delightful single, “Hotel Delmano”. The song was ’60s pop-noir brought into the future. It was light, whimsical, and sheer brilliance. She’s only released a few songs since, but each one is light a slice of pop heaven. Her latest single, which was released at the end of April (sorry Josianne for being late to the party), is no different.

“Boca Chica” is lo-fi, bedroom, electro-pop perfection. The beats are bouncy, the melody is smile-inducing, and Boivin’s voice is as light as a feather. Hearing her soft delivery may cause a few hearts to flutter or at least drown into its saccharine layers. What makes the song stand out, though, is Boivin’s songwriting, as she tells the tale of Susie and her carefree nature and positivity. She is the person everyone admires because “she’s in perfect harmony” and eventually “will save humanity”. If Boivin continues to create such sublime music, she might be one of music’s saviors when it comes to catchy melodies and uplifting stories.

Get the single on Bandcamp for just a single dollar. You won’t regret it.

How far would you go to make your dreams a reality? Swedish-born, Nike Brannstrom will travel the globe to fulfill them. In her short life, the 25-year-old artist has gone from her hometown of Sollefteå to Stockholm, New York, Boston, Los Angeles, and back to New York. With her return to the Big Apple, she’s given up her day job and, as she put it, gone with her gut to do what she loves. To mark this life-changing decision, she has chosen the moniker Nike Vendela, which might be the most beautiful alias we’ve come across (we can see plenty of couples naming their daughters after her). Less than two weeks ago, she released the first of what is hopefully many singles with “Pull Me In.”

Just like her stage name, “Pull Me In” is beautiful and stunning. Its delicate approach masks the song’s complexity. Dream-pop, dream-folk, and shoegaze intertwine to cast a spellbinding melody that leaves you gasping for breath while creating the feeling of levitating. Despite the song’s fleeting soundscape, Brannstrom’s angelic voice tells another story. She sings of struggling “to be found”, to find happiness, and to find herself. Her words are poignant and offer a lesson of what perseverance can inspire:

“Help me out
Falling deeper into my doubt
Can you hold me up
While I climb these city walls and concrete halls?” 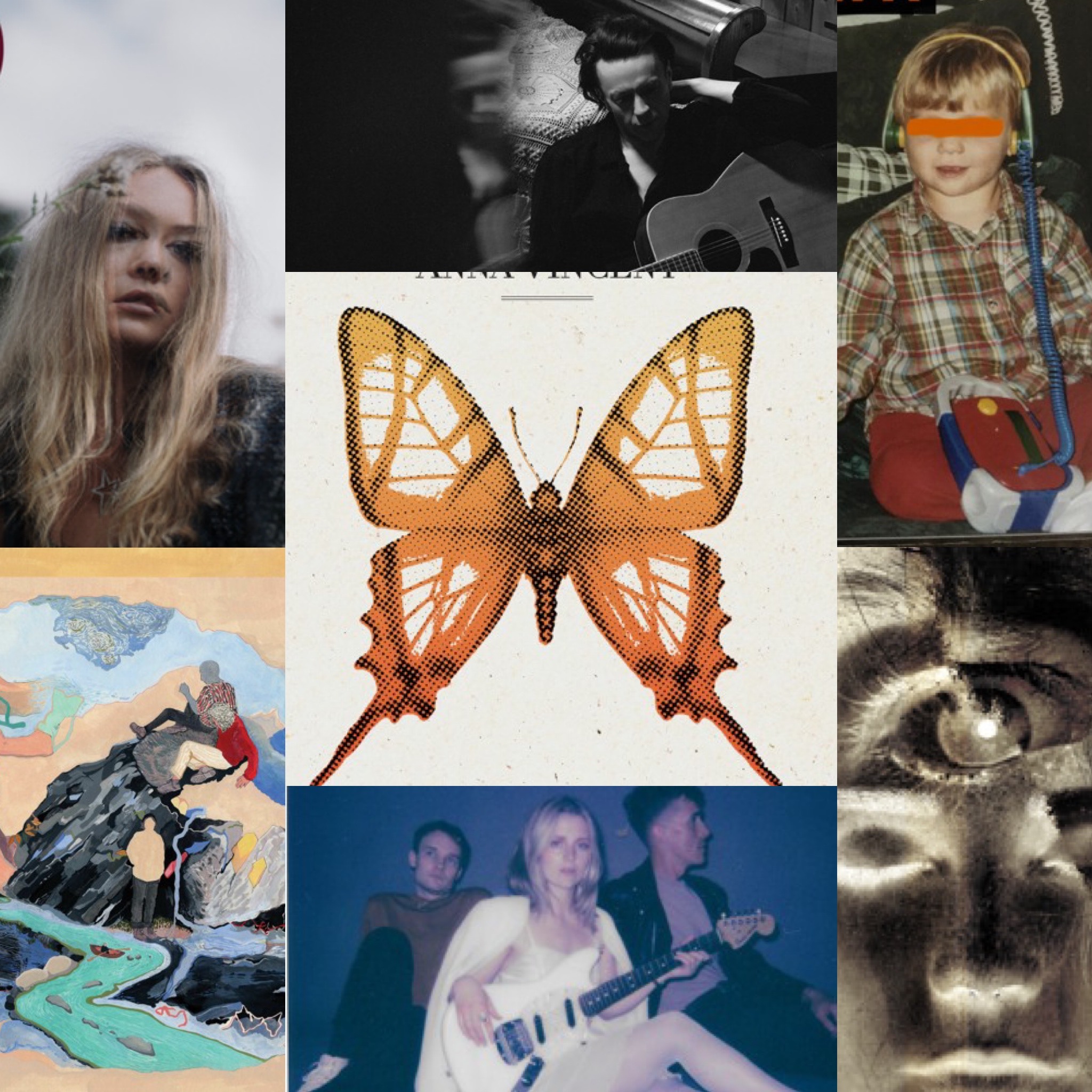 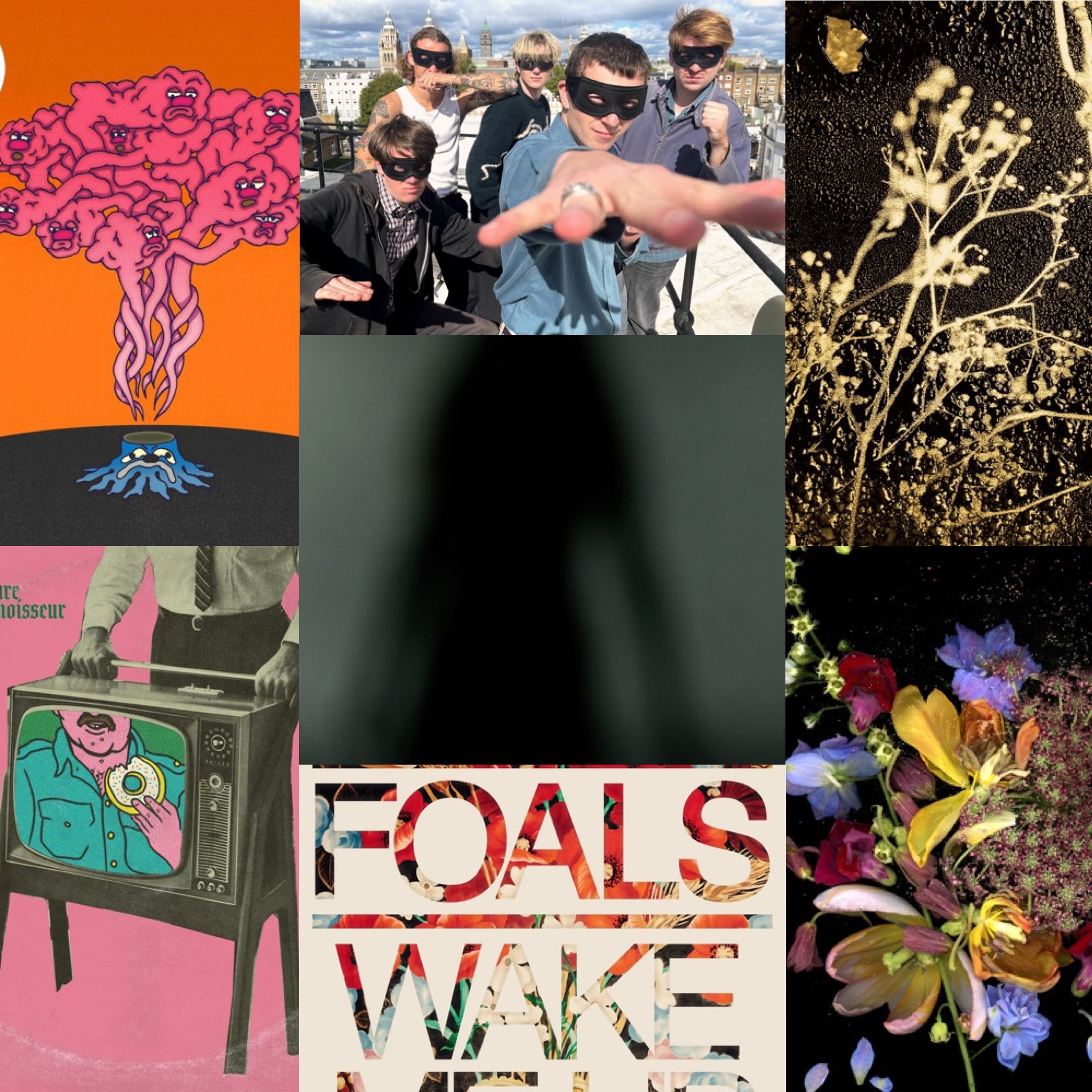