The Matinee ’20 June 10 has 8 impressive new tracks to get you through this hump day. From haunting, serious, captivating and feel good – we hope you find your new favorite song or band whatever your current mood. 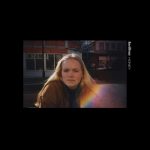 If you could go back in time and give advice to your 18-year-old self, what would say? And as you look back on those innocent days, what attributes would you admire in your younger self? The great Ane Brun explains what she would say and what she admires most on her scintillating new single, “Honey”.

Just like Brun looking in the rearview mirror, “Honey” is a throwback to the time when R&B tunes flooded the AM dials in the ’70s. Those songs were smooth and sultry, delightful yet intimate, and instant classics. Brun’s voice, too, takes on the smokey flavor of many of R&B’s great singer-songwriters, filling listeners’ minds with her intoxicating delivery. As eyes close while listening to her sing, pay heed to her words, as she sings in admiration of the fearlessness and energy of her younger self. She sings about having no regrets because what she did over 20 years ago made her into the person she is now.

“Nothin’ you do will ever let me down
And you’ll repeat your mistakes many times
But I will be keeping my eye on you
‘Cause I know how things will come back to haunt you
I can promise you, you’ll make it through
And I know that ’cause I am you”

The single is out on Brun’s own label, Balloon Ranger Recordings / V2 Records. 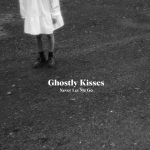 Last Friday, Margaux Sauvé – a.k.a. Ghostly Kisses – released her newest EP, Never Let Me Go, an intoxicating compilation of six songs. It’s meant to be heard at dusk and, if possible, with a fire burning in the fireplace and a glass of wine in your hand. The Québec City resident has already released three songs from the six-track record, including “Where Do Lovers Go?”, “Barcelona Boy”, and the title track. Each were exquisite, like tasting three fine vintages and you want to cherish every drop. The remaining songs are equally sublime, but the EP’s ultimate track encapsulates its refined beauty and Sauvé’s artistry.

“Call My Name” is a soaring masterpiece of spine-tingling dark-pop and trip-hop. It sounds like a dream collaboration between Sarah McLachlan and the Toronto Symphony Orchestra with Massive Attack’s Robert Del Naja serving as conductor. Each note leaves you in awe – from Sauvé’s enchanting, ghostly voice, the trembling beats, the climatic strings, and the deft ivory touches. Everything is divine. Everything is unforgettable, including the longing in Sauvé’s words to be heard and seen. The young woman is a remarkable talent who more people need to discover.

Never Let Me Go is out on Akira Records and available for purchase/streaming on Bandcamp. 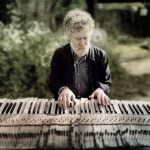 Water is such a prominent theme in Glen Hansard‘s music that one might wonder if he had been a fisherman in a past life. While the Irish troubadour often sings of rivers and seas, his newest single features water of a different form.

“Cold Comfort” is a gentle song penned during the recent lockdown. Most of us endured weeks of isolation looking for ways to combat anxiety; Hansard busied himself providing a solution. As the world sheltered in place, Hansard paired reassuring lyrics with a soulful lullaby tempo:

This reminder of solidarity also bears Hansard’s signature lyrical tool: hope. When he sings “We’ll get through it if we pull together now,” the message seems as applicable to pandemics as systemic racism reform. As both issues rage on globally, “Cold Comfort” offers hope that change can come through our unified efforts. And like the simple video attests, change begins at home.

This song is available via ANTI- from Bandcamp.

JR JR – “This Side of Paradise” (Detroit/Los Angeles, USA) 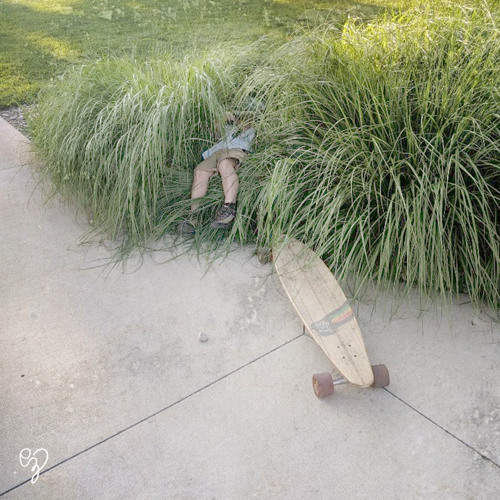 Obviously a lot has been going on in the world lately and it’s no surprise we might miss a few great releases. JR JR (Formerly Dale Earnhardt JR JR) quietly released a new EP last month and it’s all the feel good summer vibes you didn’t know you needed. “This Side of Paradise” is the perfect track for anyone that has experience a special kind of love.

The single has a laid back beach feel and will definitely get you ready for any upcoming outdoor activities. The duo have recently created their own label, Love is EZ and are hoping to release more music there and get back to touring eventually. 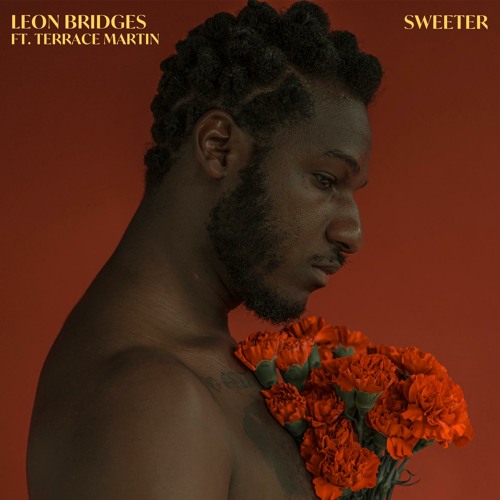 Leon Bridges has solidified his place in the world of rock and soul. He also has a new album in the works, but was compelled to drop “Sweeter” with Terrace Martin as a homage to George Floyd. We normally just love to talk about the music and how it makes us feel. In this instance it’s a beautifully haunting single that perfectly explains the truth in the world today.  This time we will share parts of the lyrics and the statements by both Leon and Terrace regarding their join release.

“Hoping for a life more sweeter
Instead I’m just a story repeating
Why do I fear with skin dark as night?
Can’t feel peace with those judging eyes”

Terrace: “It is always an honor to share a platform with my dear brother Leon Bridges. This is meditation music; it is not music for the ears but rather music for the heart. I truly believe that eyes have been deceiving us for so long but the heart always tells the truth. The heart needs to be repaired. Black folk have been deceived so many years, the only thing that can turn it around is a heart full of love.” 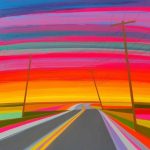 We don’t need to say much other than George Floyd and May 25th. We’ve all read and watched the news, and some of us have participated in rallies across the world in support of Black Lives Matter. Artists have also gotten involved, writing and sharing songs about what will hopefully be transformational times. Most songs have examined historical injustices, police brutality, and the bizarre responses from the White House, the voices behind the songs are often African-Americans. Only a handful of white Americans have written songs, and when they have their target has largely been at the police and the President. Seldom have these white Americans look inward and see their silence and privilege as contributing to the problem. Newcomer, Mangled Jangles, though, is looking at his own position and status on his new single.

We don’t know a whole lot about the artist other than he is based in Los Angeles, but he’s made a huge statement with “Guilt Trip”. Instead of trying to speak on behalf of African-Americans and see himself as a victim, he instead takes ownership for his past actions and inaction. Through a groovy and trippy, ’70s psychedelic kaleidoscope, Mangled Jangles reveals the many things eating away at him. He admits to turning a blind eye, wishing things would go away, and even “denying my privilege”. The events of the past two-plus weeks, however, has made him realize that he has been part of the problem, but he can also be part of the solution. And he’s taken two steps to that – understanding his past and future roles and offering an apology. Now is the time for him to act. It’s time for all of us to act. 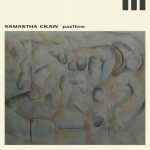 Samantha Crain may be the most-decorated artist that the vast majority of people do not know. The Choctaw-American singer-songwriter has won multiple awards, including a handful of Native American Music Awards and the 2019 Indigenous Music Award for Best Rock Album. And it’s not like Crain is a newcomer, as she’s already released five LPs with a sixth one only a few weeks away. Even festivals known for promoting smaller, independent artists have overlooked her. Her anonymity, though, should not last much longer because her art is too awe-inspiring to ignore. Case in point: “Pastime”.

Crain’s latest single is a rare experience in today’s world of quick, one-dimensional fixes. It is a multi-sensory experience that is, on the one hand, soothing and dreamy with its floating, indie-rock approach. On the other hand, it is provocative and contemplative, as Crain recalls the memory of a someone dear and celebrates their time together. More importantly, she acknowledges how this person was “always there” and looking out for Crain even when she wasn’t physically around. As we look to the future and the unknown days, weeks, and months to come, Crain reminds us the importance of staying together and the importance of community. 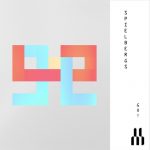 We’re not exactly sure how we overlooked the Spielbergs’ new tune. Mads Baklien, Stian Brennskag, and Christian Løvhaug only happen to be one of Norway’s most exciting bands over the past 3 years. Part of the reason is that they go against the Scandinavian grain, where they’re creating rambunctious garage- and surf-rock as opposed to post-rock, indie-pop, metal, or alt-pop. But like their regional contemporaries, their songs always feature either great stories or meaningful messages. They’re not dipping their hands into the well-used and over-crowded cookie jar, which we all know what it contains. But with the Spielbergs, they’re always full of boisterous surprises like on “Go!”.

The track is an exhilarating experience that lasts from the very first, explosive guitar salvo to the final thrust of the drums and bass. It’s a rocker whose main purpose is to set a fire within anyone and everyone with whom it comes into contact and unleash them. To liberate our true selves, to encourage us to take a chance, and to go after what we want and never look back. “Go” is a reminder that life is too short, so make the most of it. And in these transcendent times, now is the time make that leap of faith, and the Spielbergs, as always, give us the courage to do so.

The single is out on By The Time It Gets Dark, and it is available on Bandcamp. 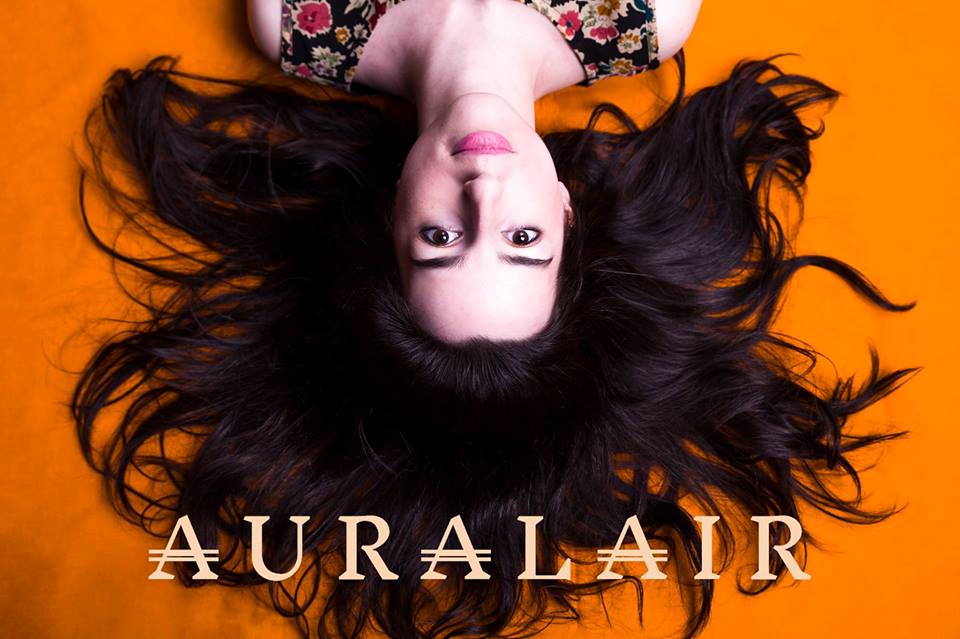 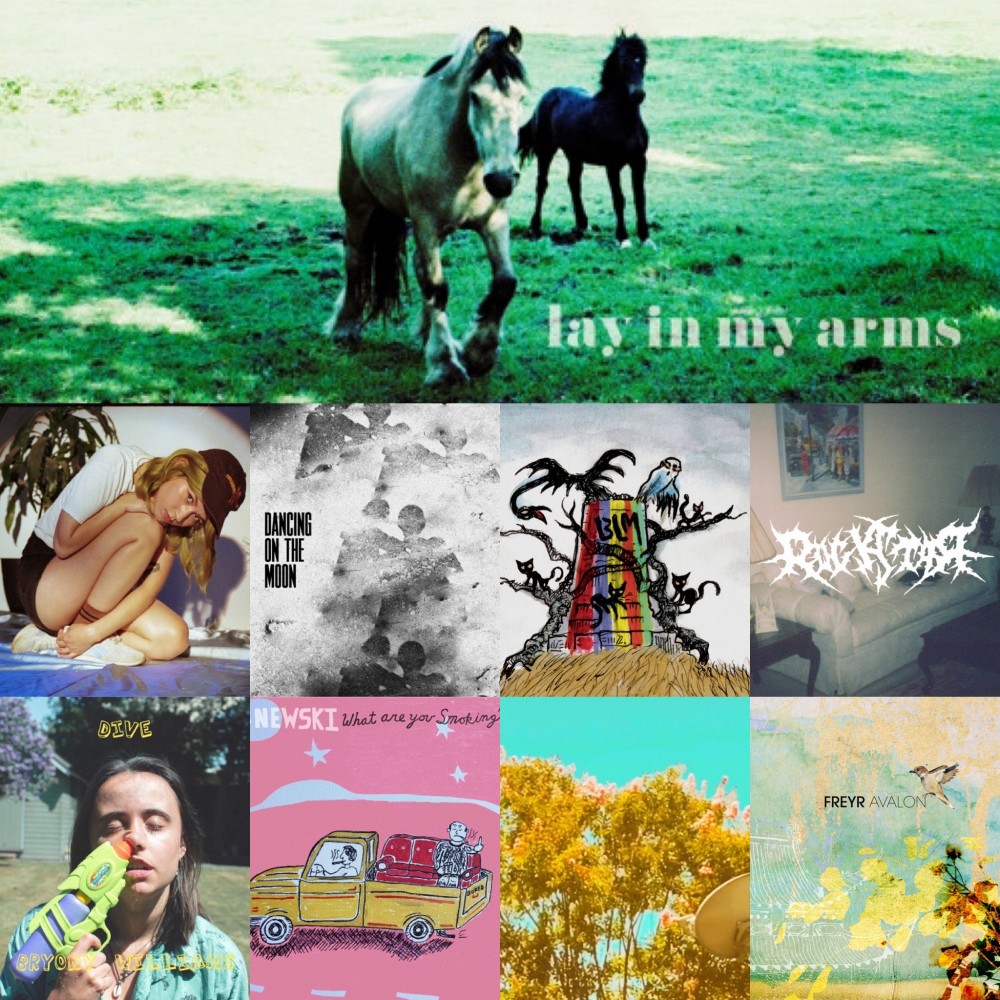