The Matinee ’20 June 19 is like a ’90s radio station, featuring guitar-driven music that channels multiple eras of the previous century. Such a concept is novelty these days, but these times are not exactly ordinary. The music, however, is extraordinary.

A Festival, A Parade – “Straight To Work” (Newcastle-upon-Tyne, England) 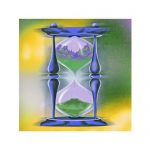 With each release, Newcastle’s A Festival, A Parade take another step to filling the massive void left by Frightened Rabbit and be the everyday person’s rock band. Last month, they torn down walls with the anthemic “Big Screen TV”, and they once again blow up the speakers with “Straight To Work”.

Like its predecessor, “Straight to Work” is a rousing, cathartic number about liberation, opportunity, and chasing dreams. The track commences innocently enough, as the stuttering instrumentation hums in the background envelopes front-man Joe Allan’s description of a man going through his daily routine. While he’s stuck in the mud, people around him are building homes and families. He, though, wants so much more, and his anxiety is represented by the cataclysmic cascade of guitars, bass, and percussion. It’s a moment intended to free those of us who are confined to our desks and living an ordinary life. It is meant to be our rallying cry for a life more than just the mundane 9-to-5 and menial life. With the weekend here, there’s no better time than to take a leap of faith and do the unexpected.

The quartet’s new EP is expected later in 2020. Pick up the single along with their friend SAKES’ version of “Straight to Work” on Bandcamp. All proceeds will go to support Show Racism the Red Card, which is a leading UK anti-racism, education charity. 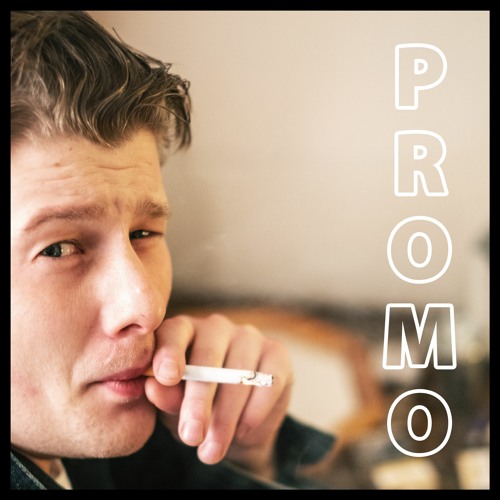 Average Joe is anything but average. “Promo” is his newest release and it succinctly  sums up the entire rock n roll big shot stereotype. With this release, his vocal style and delivery is unique and his storytelling style reminds a bit of Tom Waits with an accent.

His vocals definitely have a bit of soul shining through and the overall vibe on the track is groovy. His unabashed attitude is actually quite refreshing and also endearing. Average Joe only has a couple of releases but is now definitely on our radar.

Average Joe describes the inspiration behind the track: “An invocation of the egoic spectres of rock and roll, dressed as a grandstanding anthem to pop vanity.”

Average Joe has also released a video which is quite clever as it chronicles a rock n roll star destroying a hotel room, all to find out it’s really just a facade. 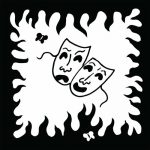 We love a great piece of nostalgia, particularly music that take us back to the late ’80s and early ’90s and living lives filled with endless hope and naïveté. Some bands craft a song or two that echoes a bygone era, but then there are collectives like Dehd who not only channel the times in their music but perfect it. Back in May, they released “Loner”, which brought the ’70s and ’80s to the modern age. With “Flood”, they jump a decade to enrapture us with a song that is nothing short of stellar.

“Flood” is immaculate, shoegazey, dream-pop, and it is one we could spin to the last of our days. As Emily Kempf (lead vocals/bass), Jason Balla (guitar/backing vocals), and Eric McGrady (drums) have demonstrated throughout their short careers, they can take the best parts of some of the great groups in music history and blend them together to create an intoxicating elixir or sound. Kempf’s bass pulses with the desperate tones of Adam Clayton on U2’s “With or Without You”. McGrady’s surgical precision recalls Red House Painters’ Anthony Koutsos on “Katy”. Balla’s guitar, meanwhile, weeps with the crystalline tears of Cocteau Twins’ Robin Guthrie.

Beside the music, Kempf’s raspy vocals recall a tale that is right out Empire Records or Singles. As she walks away, she beckons to her ex:

“I turn to water when you look at me
I still love you even as I leave you
Flood! Flood
I am a, I am a, Flood”

Dehd’s new album, Flower Of Devotion, is out July 17th on Fire Talk Records. Pre-orders are available here. We cannot wait to hear it.

For as long as L.A. Witch have been around, they only released their self-titled, debut album in 2017. The record was outrageously fun and witty, which is what you expect from one of the great rock bands of the past decade. After a bit of time off, Sanade Sanchez (vocals/guitar), Irita Pai (bass), and Ellie English (drums) are back. THEY ARE BACK!!! Sorry, we’re a little excited. They’re back in style but something is different.

“I Wanna Lose” personifies what L.A. Witch is all about. It roars at its peaks while its valleys remain intense. There’s never a moment in the song where your attention strays. Instead, heads will bounce to Pai’s standout bass line and English’s pummeling drumming and then eyes will pop once Sanchez’s guitar electrifies the air. What has changed, though, is that seeds of doubt are embedded in Sanchez’s lyrics. In the past, the band never let their guard down, always refusing to succumb to anyone. But on this track, there is acceptance that to move forward one needs to go backwards. One needs to fail to succeed.

“I control myself
Nobody else
Choose to lose
Unfree yourself”

These are words to live by, especially in these uneasy times.

Llovers – “I Don’t Want to Be Alone” (North East, England) 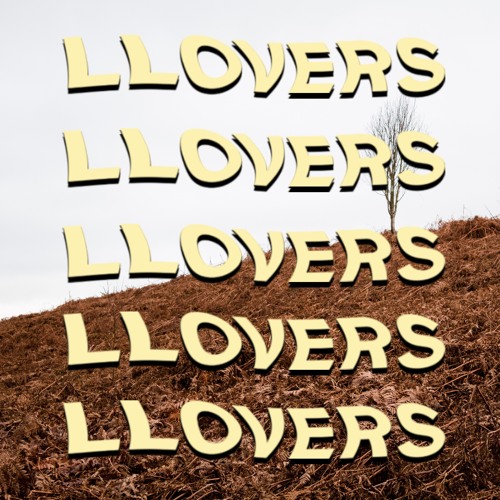 Llovers have released the perfect track to get you ready for the weekend. It’s dream pop at is finest. The melodies glisten with greatness as the vocal harmonies grab hold and don’t let go. “I Don’t Want to Be Alone” reminds the ease or habit of escaping into a relationship, even if it’s not the right one. It backs up the old adage that someone is better than no-one, right?

The band shared on their Facebook that this song has been kicking around their live set for over a year, so it wasn’t planned or written during the pandemic. The track definitely is worth sharing, as its the perfect one to jam while on the beach or near any cool body of water.

Jack Brooks sums the track up nicely: “The track is about the dependency we have on each other and how this can lead to anxieties about loneliness, often falsely amplifying feelings you have for another.” 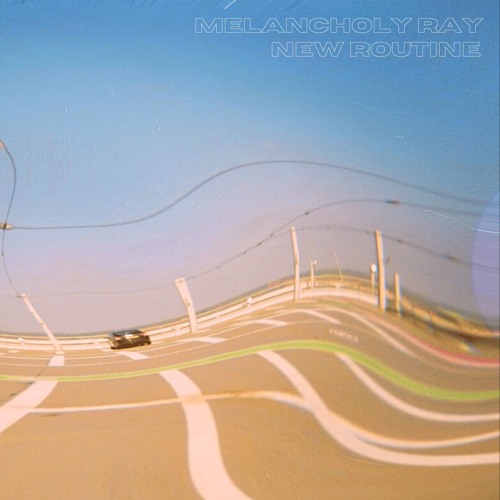 Melancholy Ray is making their debut with “New Routine”. We’re kinda curious how the band name came about considering there is no one in the band actually named Ray. That’s irrelevant, though, because their first offering is an awesome dose of impressive garage rock.

Some of the guitar riffs remind of throwback ’60s influences yet with a tight modern feel. It’s got that bit of melancholic rock going on but with an energetic force you can’t ignore as they go all out towards the end.

The band shares that “‘New Routine’ is a coming-of-age song about meeting someone significant in young adulthood, whilst wrestling with the good and bad sides of what it all means.”

So far the band is off to a great start and will definitely be ones to watch. Melancholy Ray are Callum Fewell, Aaron Bentley, Jack Guard, and Gabe Holland. 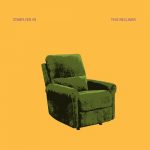 Get ready for lift off. OK, not all of us are Elon Musk and can take a rocket to space. Instead, tie up your sneakers and get ready to run because indie-rock icons Starflyer 59 have unleashed a song that is an adrenaline rusher (and we can’t believe we didn’t share this a month ago when it was first released). A song that will make you want to break free from the shackles and chase your dreams. Or in this case, to break free from “This Recliner” and just feel alive.

For 227 seconds, Jason Martin, Trey Many, and Steven Dail take listeners on an exhilarating ride. Every second is a shot of adrenaline into your blood stream and it’s the greatest rush anyone could experience. The approach is reminiscent of The Editors at their anthemic prime when their songs would be spun repeatably for hours, awakening your mind and brightening your soul. Despite the sonic theatrics, Martin’s lyrics indicate the opposite. He is a man battling with fatigue or other demons that have left him tired. He deadpan sings:

The band’s new EP, Miami, is out today on Velvet Blue Music. Get it here and support one of the ’90s most underrated bands.

Tempesst – “On The Run” (London, England via Sunshine Coast, Australia)

RIYL: Spiritualized, The Doors, The Byrds

Moving from Australia’s beautiful Sunshine Coast to London may have been the best decision Tempesst has made. We’re not speaking from a health security perspective (just look at how the two countries have responded to the COVID-19 pandemic), but from a musical one. Their early singles had them on track of following Tame Impala’s footsteps. Moving north, though, has allowed them to revive the trippy, psychedelic rock of the late ’60s and ’70, which they first two years ago with the Tarantino-esque “Doomsday”. They continue to resurrect the music our parents and grandparents listened to on their latest single.

“On The Run” is an instant classic. It brings to life the music of The Doors, T. Rex, and The Byrds, where psych-rock was all that was needed to have a hazy, trippy experience. No substances are needed to get lost in another dimension because the musicianship of brothers Toma (vocals/guitars) and Andy Banjanin (drums), Eric Weber (guitars), Kane Reynolds (keys), and Blake Misipeka (bass) transport us to another place and to another time. Although the song exemplifies the infectious radiance of classic psychedelia, Toma also spins a trippy tune. His tale, however, isn’t fiction; instead it is based on a friend’s sudden disappearance and re-emergence a decade later as someone completely different. He was a man who seemed to be always on the run and indulging in “self-medication”. A man who was constantly running away from his demons, his “discontent”, and his haunted past.

No word on when Tempesst will release a new album. Then again, maybe they’re working on a film or TV score because their music would be perfectly placed in a TV series like Killing Eve.

Black Country, New Road – ‘Ants From Up There’ (album review)