The Matinee ’20 July 6 features songs that are meant to start a movement, have us get lost inside a vivid imagination, make us aware of the people around us, and lead us to safely enjoy the summer days. The mini-playlist, in other words, is the soundtrack to our lives, at least for today.

For long-time fans of Heartless Bastards, like us, we were not sure if the great southern-rock band would return following their super-charged fifth album, 2015’s Restless Ones. In the five years since, each member initiated new projects, including front-woman and principal songwriter Erika Wennerstrom commencing her solo career. One man, however, can be thanked for bringing the band back together and that is the current Commander-in-Chief. Leave it to the 45th President of the United States of America to be the impetus for original members Wennerstrom and bassist Jess Ebaugh to call on Gregory Clifford (drums), Lauren Gurgiolo (guitar), Jesse Chandler (keys), and the multi-talented Kevin Ratterman (percussion) to join them to deliver a powerful protest anthem. And boy is it awesome.

The “Revolution” is here. Reminiscent of Neil Young and Crazy Horse’s early, slow-building rockers, “Revolution” is the perfect song for these times. It perfectly captures the mood and the fraying of America over the past 3+ years, commencing with an innocent charm before raging into an intense rocker. From start to finish, Wennerstrom is the narrator of this brief history. She speaks of a time when innocence and hope filled a friend’s heart, but then it hardens and is filled with hate and despair. The cause of this transformation is obvious, and if it wasn’t Wennerstrom provides plenty of hints, such as:

If that wasn’t clear enough, she later says, “While our hungry politicians feed bullshit to the masses”. In the second half, her mind is awakened. Through the band’s raucous energy, she hollers, “All I really want is the truth!” Amen! May the truth reign come November 3rd.

The song is available on Bandcamp. A new Heartless Bastards album could be coming soon.

The UK is brimming with great storytellers. Everywhere you turn, an artist or band is crafting a tale that you is far from the cookie-cutter love tunes heard on the radio. In their six years as a band, The Blinders have consistently written stories that belong more on the big screen than just through speakers and headphones. With “Black Glass”, they have delivered their most creative piece of cinema.

Throbbing with the foreboding post-punk of Iceage, Bambara, and IDLES, the song is menacingly hypnotic. Its first three minutes is a slow rumble, as heavy rhythms and a stark guitar methodically pound the air. Front-man Thomas Haywood, meanwhile, narrates a discussion a troubled, introverted individual has with himself. His world is paranoia, where everywhere he turns he feels someone is watching. That someone is chasing him. For him to escape and become “a movie star”, he has to make a deal with the devil. He’ll endure “his claws in my back” if it means making it to tomorrow and living a dream. In reality, however, he’s been sentenced to a lifetime of isolation, and any thought of escape is futile. Simply brilliant!

The Blinders are vocalist and guitarist Thomas Haywood, bassist Charlie McGough, and drummer Matthew Neale. Their sophomore album, Fantasies Of A Stay At Home Psychopath, is out July 17th. Pre-orders are available here.

Five years have passed since Sufjan Stevens released his much beloved Carrie & Lowell. Although he’s collaborated with Bryce Dessner, Nico Muhly, and James McAlister on the intergalactic symphony, Planetarium, and the “new-age”, largely instrumental Aporia with his step-father Lowell Brams (yes, the same Lowell in Carrie & Lowell), the Michigan native hasn’t released a proper solo album since 2015. That all changes this year when From The Ascension arrives September 25th on his very own Asthmatic Kitty. Since fans have waited for what seems like an eternity, Stevens has delivered five-years worth of music on “America”.

This 12.5-minute sonic adventure is unlike any epic of the past decade or even beyond. In just a single track, Stevens has amalgamated everything he’s done over the passed half-decade. It’s delicate and fleeting at first, much like the music heard on The Age of Adz. This moment is Stevens reflecting on what is happening to the US of A. It was once full of dreams and hope and now it is “waiting disaster”. The track then heads into a whole different realm, as if suddenly a black hole has swallowed Stevens and his instruments. A collision of delirious noise occurs, reflecting the actual turmoil facing the country. “Don’t do to me what you did to America”, Stevens pleads to his tormentor.

Then out over the sonic horizon comes calm. Beautiful, serene, astral soundscapes wait, where its glistening textures echo the twinkling stars that sit above us at, well, the planetarium. Whether this is Stevens telling us that there hope for a better world exists or that he’s come to accept his and our fate is unknown. He leaves that to us to decide, which we can come November.

Links to pre-save and/or pre-order From The Ascension are available here. We can’t wait to hear what Stevens has in store.

Besides one of our favorite bands reuniting, the next best thing is discovering a brand new band and hearing a song that makes us go, “Wow!” When we first heard Sargasso‘s delicate “Sacred Plum”, we knew we had to share it. We also knew we would be playing it non-stop because the multi-national, multilingual quartet have revived the sadcore days and taken us back to our youth.

The song immediately commences with a heart-stopping drop that recalls the days of Red House Painters and Mojave 3. The deep pulses of the percussion, the stark bass lines, and the lingering guitar create the sombre and sobering mood. As it progresses, it transforms into a stunning shoegaze overture that is reminiscent of Pale Saints’ and Slowdives’ weeping tones. Through it all, one is stunned if not eternally lost in the enrapturing orchestration.

The most striking part of the track, though, is not the unforgettable sound but the band’s story. Listen closely and hear the pain that seeps in every word. “Sacred Plums” are not divine fruit or objects of lust. They are bruises that our heroine has frequently incurred at the hand of someone who swore to protect her. His drunken rages have become the norm, and their relationship is defined by the emotional and physical scars instead of love. When this story is coupled with the sadcore shoegaze, the song’s power is exponentially magnified, making it one that every person must hear.

Sargasso are Maria Campos Saadi, Thomas Hagen, Noah Goodman, and Soledad Tejada. Get the song on Bandcamp, where you can also find the quartet’s entire discography.

San Francisco singer-songwriter Leah Dunn released her first EP, Oakland last year. In its three tracks, listeners were treated to a short, inviting EP, but also were hinted at something huge brewing. On June 26, Dunn released her first full-length record, Wetsuit, and it lived up to, and wildly exceeded any expectations one could have dreamed of.

The latest single from Wetsuit is the immense “Weightless”. It is an excellent taste of what awaits on Wetsuit. Loud, distorted guitar, powerful lyrics, and an undeniable voice. Those loud moments break into these floating moments in the chorus, fitting for the track’s name. The track builds tension with those changes until it explodes into this incredible ending with Dunn’s voice soaring. The track ends with that same chorus, but as its loudest moment, an incredible moment at that.

If you dig “Weightless” be sure to check out Wetsuit. A lot of roaring guitar, high peaks, and stunning moments await. It’s a stellar record and “Weightless” is a centerpiece that holds much of it together.

Westsuit is out now, and it can be streamed on one of these platforms.

Although this summer is unlike anything we’ve experienced, we still need to enjoy the good weather and live a little. We should do it smartly, of course, in order to protect our loved ones, strangers, and ourselves. It is, as such, possible to dance while being at a safe distance from others. We don’t need to congregate with dozens or hundreds or thousands of people to have a good time. What we do need is music that gets us moving, such as “This Year’s Summer” from Sweden’s alt-pop gem Violet Days.

With the infectiousness of Carly Rae Jepsen and the smart songwriting of a fellow Scandi star Anna of the North, singer-songwriter Lina Hansson, who is the woman behind Violet Days, delivers THE pop anthem for these strange times. It is sun-kissed bliss, where its melody will cause even the most downtrodden to smile and wag their heads from side to side. Her lyrics, meanwhile, capture the feeling of the majority, where she realizes that “this year’s summer, I know will never be the same as before / The world as we know it”. But instead of being disappointed and losing hope, she sees the moment as an opportunity to start anew. The sun will still come out, the weather will still be warm, but our lives will be forever changed. And that is not necessarily a bad thing.

The single is out on Pinksign Music AB.

Keeping with the summery vibes, we look to a New Zealand duo, who first started crafting music when they were both in Brooklyn and have now gone their own ways. One has moved to LA while the other has set up roots in Australia, but the long distance hasn’t stopped Daniel Gibson and Simon Oscroft – a.k.a. Frills – from crafting electro-pop addiction. In these times of self-isolation and social distancing, what’s eight thousand kilometres and a 16-hour time difference? As the pair show on “I’m Going Under”, no obstacle is too big to overcome.

Find a bit of space before pressing play because you just might find yourself swaying to the uplifting and intoxicating, synth-driven electro-pop. At times, the song feels effortless, as if we’re gliding over the Rockies under a clear, blue sky. Other times, it is blissful, akin to falling into a cool spring on a balmy day. As radiant and ravishing the song sounds, the duo’s words reveal the struggle encountered by far too many in today’s world. While most of the world tries to enjoy summer, they are trying to keep their heads afloat and see tomorrow. The story is an eye-opening one, particularly given so many are trying to live a normal life in these abnormal days. 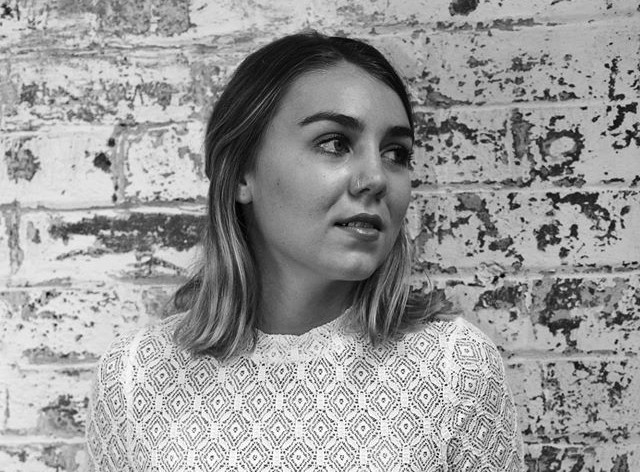