The Matinee ’20 July 15 features mostly first timers, as in artists and bands we have never featured before. This might say more about us than them in the sense that we’re late to the game in celebrating their artistry. Better late than never, as we often like to say. There are, of course, some tunes from long-time favorites, including one we somehow missed last week. After deviating from our usual approach, these songs are listed in alphabetical order.

Show of hands, please: how many of you think songs about paranoia, breakups, and self-sabotage can be catchy? We’re talking toe-tapping, on repeat 24/7 kinds of tunes. If you don’t have both hands raised high, the latest single from Astral Swans will change your mind.

Despite its summery hooks, “Bird Songs” is actually inspired by a winter heartache. (And an hallucinogenic experience in Amsterdam, but we digress.) Eight seconds into our first listen, we knew this dazzling gem belongs on our Top Songs of 2020 list. The sun-kissed chords shine as frontman Matthew Swann provides lyrical balance.

Lines like “I didn’t deserve you anyway” and “You’re better without me anyway” convey an all-too-relatable sense of resignation. Who among us hasn’t felt wistful and numb after screwing up something good? Fans of Clem Snide and Pedro the Lion will appreciate Astral Swans’ wry outlook; fans of Scottish pop (Belle and Sebastian, Camera Obscura) have much to swoon over musically. Heartaches are hell to endure, but songs as brilliant as this offer therapeutic benefits. And speaking of benefits: this single is available now on Bandcamp with all proceeds going to Awo Taan Healing Lodge Society, an emergency shelter in Swann’s hometown of Calgary that provides protection and support to women and children affected by family violence and abuse. 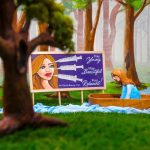 If anyone tells you that all pop music sounds the same and addresses the same issues (and we are guilty of this), then suggest to them that they should open their ears and check out Buggie. The project of Gretchen King, the Ohio-based artist combines all of her multi-faceted skills (writer, poet, painter, illustrator, songwriter, and multi-instrumentalist) into what she calls “surreal pop”. It’s not just the music that sounds from the future, but her songwriting goes beyond the ordinary and expected. Like a philosopher and sociologist, she looks deep into our world and pointedly notes its shortcomings, which she cleverly does on “Currency”.

Through a lo-fi synth-pop approach that sounds like CHVRCHES on the low down (and King’s voice has a touch of Lauren Mayberry), “Currency” is a light, fluttering tune that is akin to skipping in the park on sunny weekend. Her lyrics, though, aren’t as cheery nor warm. She, in a very gentle and diplomatic way, offers a critique of how one’s physical appearance and youth are still the “currency” by which people are judged and, thus, get ahead in this world. No matter how much we have tried to advance the idea of “meritocracy”, people are still more attracted to those who are considered beautiful. If this is the case, then, as she poignantly says, “Love is a transaction based on lies / We’ll only gain their interest in your currency / But there is more than meets the eye, don’t you see?”.

Hopefully, people open their eyes and ears to discover the many talents of this young artist. Check out her website to see the many things she does. 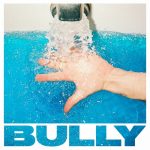 For those of us who grew up in the ’90s, it’s odd to say that it’s refreshing to hear a song that makes you want to thrash around and momentarily lose your shit while absorbing every spoken word. And every day, we are thankful for Bully, who for nearly seven years have been blowing rock fans’ minds. The best band from Nashville unveiled last month what we had anticipated since the beginning of the year – Alicia Bognanno’s third album, Sugaregg will be released August 21st via Sub Pop. At the time, she shared the LP’s lead single, “Where To Start”, which was everything we longed to hear. Bognanno once again delivers the anthemic goods with “Every Tradition”

Raging and roaring, “Every Tradition” is a banger of the first order. Whether it’s Bognanno’s wailing guitar, the hammering bass,, or her fiery vocals, the track reverberates with the angst and desperation of the great grunge songs of the ’90s. And yet, it feels fresh and new. What makes Bully rise above the crop is Bognanno’s songwriting, as she rarely takes shortcuts. Songs are the pages on which she writes her memoires and thoughts of the world, and in this case she takes on society’s traditional values of what a woman ought to be. She doesn’t want to be a mother or the good wife, but instead wants to live her dreams. Although people say that she’ll change her mind as she gets older, she emphatically hollers that “nothing’s changed for me”. Hopefully nothing changes for Bullly because she’s delivering music that is liberating in its sound and message.

Pre-orders for Sugaregg are available here. 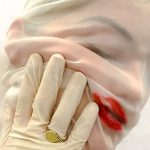 The little nation of New Zealand is one of the great music factories on the planet. Despite a population of only 5 million people, it has brought the world the Dunedin sound, the iconic Flying Nun Record label, and artists like Lorde, Marlon Williams, Aldous Harding, Tiny Ruins, Nadia Reid, the Finn Brothers, and much more. Another name to pay close attention to is 24-year old Madeline Bradley and her project, deryk. Like her predecessors, she’s carving out her own niche instead of following the easy paths. A peek into her artistry is heard on “Call You Out”.

Like PJ Harvey writing a song for Massive Attack and Elizabeth Fraser (who sang on “Teardrop”), “Call You Out” is a wonderfully trembling and, thus, unforgettable experience. It is trip-hop taken to the darkest depths of the abyss, where light cannot enter and only thing that can be hear is the sound of one’s breath. This place, however, is Bradley’s mind, as she battles both the demons within her and the person who tries to keep her a prisoner in her own home. She is trapped in multiple dimensions, and the harsh, bleak soundscape accentuates her harsh vocals and poignant lyricism.

“Why would you think you are safe where you are?
Now the floor is hot lava
Taking what you thought was yours
Rip the plug from life’s important… out!”

New Zealand has another star on the rise. 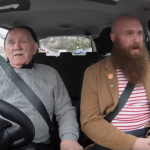 After making the ground beneath our feel tremble like an 8.0 earthquake with the intense “Mr. Motivator” and “Grounds”, the great IDLES band take a calmer approach on their newest tune. “A Hymn” is still a force of nature, but instead of a jolting aftershock the number is like the anticipation of summer’s first thunderstorm. And it’s sublime.

Very few bands can create a dark and menacing tune without raising the volume. IDLES, though, are not an ordinary band. They are one of a kind, much like this track. A bleak, harrowing atmosphere is created, and it echoes U2’s underrated classic, “Mothers of the Disappeared”, but in a much darker sense. The soundscape contributes to the harboring feelings of desire and belonging. Or as front man Joe Talbot states, of “wanting to be loved”. Given these unusual times, the Bristolians have delivered a sermon that will resonate with everyone, even the most agnostic and apathetic.

So far in 2020 Marsicans can do no wrong. The rising Leeds quartet are less than a month away from releasing their debut album and from all accounts so far, they stand to make best of lists no doubt. “Someone Else’s Touch” is the perfect ballad for the one that got away. It’s a bittersweet track that reflects on past memories made and what the future holds without that special someone.

Marsicans are proving their range with singles released so far this year. They can craft the perfect indie pop melody that you can’t get out of your head, and now display an extremely moving and melodic track where the feeling of being completely gutted over losing their love is so palpable. It’s beautifully crafted and might just be the perfect break up song where you need to grieve the loss of something so strong before moving on.

Widowspeak, the duo of singer/songwriter Molly Hamilton and guitarist Robert Earl Thomas, have released “Plum”, the title track from their upcoming record. It’s the third song we’ve heard from the record so far, joining the intelligent yet sweeping single, “Breadwinner”, followed that up with the equally poignant “Money”. Both tracks have us excited for the release of the record, and “Plum” does even more to further that cause.

“Breadwinner” and “Money” are timely and relevant tracks. They focus on the harshness of capitalism and living in a mundane society. “Plum” evokes a similar restless feeling. Its lyrics promotes thinking of things in the present, and being aware of those around you in a productive way. Musically, it’s a perfect track for the record’s August 23rd release. With a underlying guitar track that’s so easy to get lost in mixed with some dreamy vocals, it has a vibe that fits those lazy late summer evenings.

The duo’s new album, Plum, will be released August 23rd on Captured Tracks. Pre-orders are available here or go directly to Bandcamp. 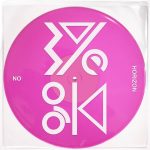 Few things are as welcomed during these crazy times as a surprise album from one of your favorite bands. But when that EP also includes a rapturous single with backing vocals from the Brooklyn Youth Chorus, it feels like a gift bestowed from the heavens. “AEIOU” from Baltimore indie duo Wye Oak does in fact feature a host of angelic voices joining Jenn Wasner and Andy Stack. It’s the combination that fills a void we didn’t realize we had. This song is from their new No Direction EP due for release at the end of the month.

One spin of this epic, nearly five-minute long track transports you to another place. The Enya-esque intro sets a contemplative tone that soon segues into reverence and, in its final minute, pure jubilance. While “AEIOU” is an unlikely protest anthem, its message of defiance rings loud. The band explained in a press release that it was written “around the time that those currently in power took it upon themselves to think that they could minimize the existence of certain people by removing the words that we currently use to define them—like transgender—from use. Language is bigger than the powers that try to control it, but we are so much bigger than language. We are so much more than anything that can be suggested with words.”

We have long admired Wye Oak for the purity of their sound. Not only do they create dynamic worlds on each album, they mesmerize you on the journey. If “AEIOU” is any indication, No Horizon will meet our need for blissful escape.

The EP arrives July 31 via Merge Records. Pre-orders are available from Bandcamp, the label, and the band’s online store. 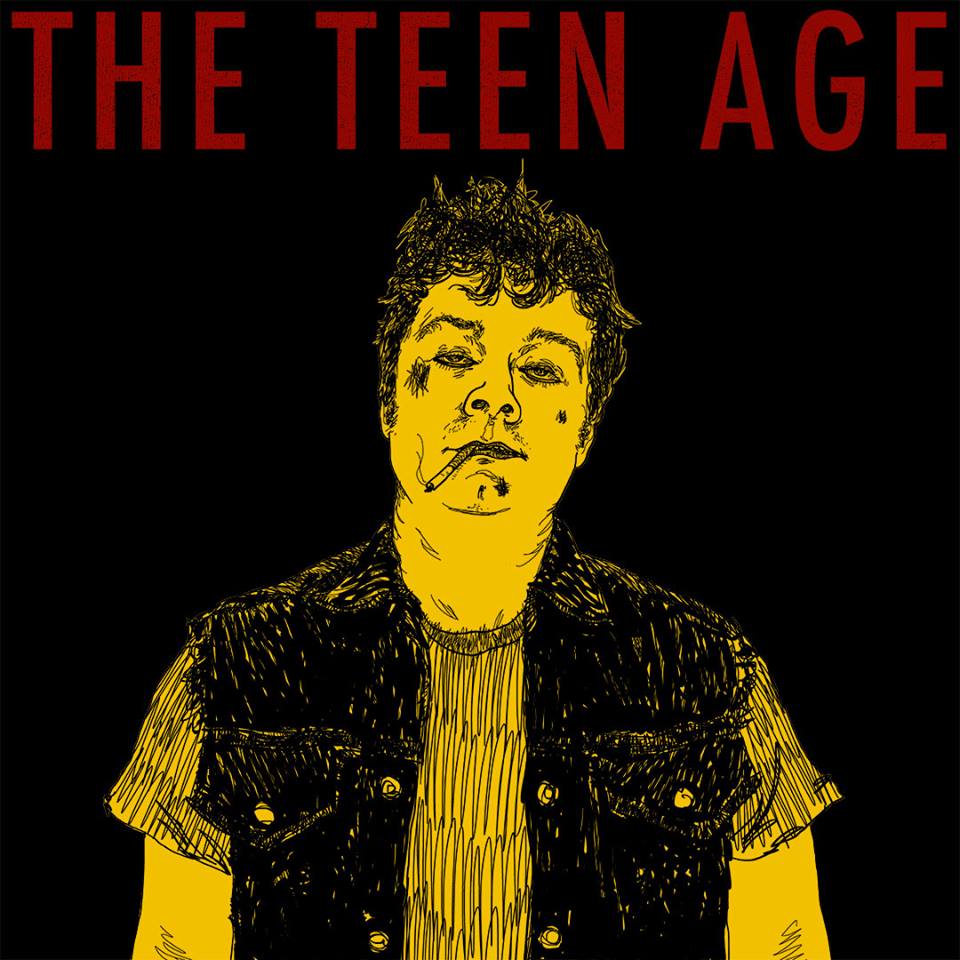