Some time has passed since we’ve shared a face-melter, but we’re breaking the streak on The Matinee ’20 July 22 edition. We’re not just sharing one explosive tune but a handful. Then there are other songs that will leave you breathless. As such, we highly recommend you warm up your lungs and even have a tank of oxygen nearby. We kick things off, though, with one of a tune that will blow your lid. 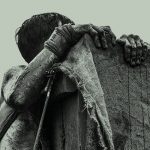 A year ago, boisterous noise-rockers METZ released a wide-ranging compilation of B-sides and rarities called Automat. It offered a glimpse into a different side to Alex Edkins (guitar/vocals), Chris Slorach (bass), and Hayden Menzies’ (drums) art, where they showcased a “gentler” side. Their last, proper full-length was their Faustian yet brilliantly cathartic Strange Peace. Their first “new” music in three years sees the Toronto-based trio in splendid form as they deliver one massive epic in “A Boat to Drown In”.

Whereas the band’s previous efforts were often quick, hardcore affairs, “A Boat to Drown In” is a 7 1/2-minute, sweat-inducing, rocker that is one part furious garage-rock and another part feverish shoegaze in the My Bloody Valentine mode. Slorach’s pummeling bass and Menzies’ propulsive drums are sledgehammers, pounding our temples with no signs of letting. Edkins’ searing guitar and roaring vocals, meanwhile, is the arm that delivers the multiple thrusts of face-melting intensity. Through the raucous wall of sound, Edkins warns us of the oncoming totalitarianism emerging before us. He cleverly hollers:

And later, he warns:

“Dead eyes, life in your hands now
And if you see headlights
Man you better run for cover”

On October 9th, however, no one should be running for cover because the trio’s new album, Atlas Vending, emerges on that date. Sub Pop Records and Royal Mountain Records will release it. Pre-order and pre-save links are available here or head directly to Bandcamp. 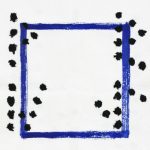 Continuing the fast-and-furious pace, we call on one of our favorite Scandinavian bands, FEWS, who are unlike most Swedish bands. Instead of inventive indie-pop and art-rock, Frederick Rundqvist (vocals, guitar), Jay Clifton (bass), and Rasmus Andersson (drums) have opted for post-apocalypic post-punk, which is showcased on their new EP, Dog. From the record is a shoegaze-infused blazer that will get you waving your head in all directions.

“Ruler” is the tune, and it is a mélange of sound and fury. It features the throbbing intensity of Eagulls, the manic creativity of Sonic Youth, the harrowing darkness of Deeper, and the soaring shoegaze tones of DIIV. It’s the type of tune you want to have spinning as you whirl through the wormhole and enter a new dimension. Then again, we’re living this experience right now, as the planet falls into disarray and normalcy is redefined. Even our relationships with people, including loved ones, are being transformed today, as Rundqvist reveals in his tale of two people growing apart even in the afterlife. Clever.

Pick up Dog at Bandcamp and support this great little band. 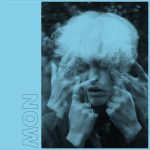 Let’s pick this up a bit again with a “new-ish” band that will very soon be one of England’s most celebrated outfits. Their name is PRIESTGATE, who could be the UK’s biggest indie export since Sundara Karma burst on the scene about 7 years ago. We’re bullish on their potential because their sound is a bridge between the past and present. In other words, their music will appeal to people of all ages, including old farts like us. If you need more convincing, press play to “NOW” and your doubts will quickly disappear.

Fans of The Cure will flashes of the legendary band in front man Rob Scholfield’s urgent tenor. Others may hear splashes of New Order, Echo & The Bunnymen, and even OMD. Fans with more contemporary tastes may indulge in the DIIV-like shoegaze tones or the retro re-imaginations of Future Islands. Regardless of who and what you hear, the song will lift your spirits and make you believe better days to come. Heck, it might get you dancing in your chair or having you prancing around the neighborhood with little care for the world because we need to live in the “NOW”. Because we have found five friends who see us for who we are.

PRIESTGATE are Rob Schofield, Connor Bingham, Bridie Stagg, Cameron Sampson, and Isaac Ellis. We have found yet another favorite band. 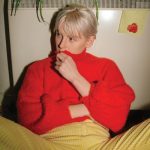 It’s time to slow things down and catch our collective breath. Then again, when the next tune is from Fenne Lily, one will be constantly gasping for air. The young artist from Bristol has been causing listeners to get light-headed and weak in the knees with her dreamy and intoxicating voice and gorgeous melodies. With her move to the great Dead Oceans label, who will release her sophomore LP, BREACH, on September 18th, she’s taken her jaw-dropping intimacy and added an indie folk-rock edge. She first revealed her new sound on “Hypochrondriac” and again with “Alapathy”. She takes her art, though, to even grandeur and more stunning heights on “Berlin”.

Sit down and if you have a seatbelt fasten it because “Berlin” might cause you to faint. Lily’s voice, as always, is sublimely delicate and beautiful. Her voice is one that we could listen to at all hours of the day. The low hum of the electric guitar and the feathery percussion further heighten the song’s grace. For the first two-odd minutes, she makes us feel like we’re levitating, floating aimlessly in the clouds. Then her guitar slowly intensifies and her voice becomes fuller. And suddenly, we’re hurtling through the sky, feeling the growing anxiety and loneliness within Lily.

Musically, it’s a wonderful and unforgettable experience, but emotionally Lily’s lyrics hit close to home. Her story is that of a young woman on her own and trying to pick the pieces together in a place far from home. For those who have been through this will empathise with every word she sings. This is what makes Lily one of the most exciting and impressive artists around – she creates music for us to get lost in while making us feel like the song is about us as well as her.

Pre-order or pre-save BREACH here. Watch the cute, animated video for the song on YouTube. 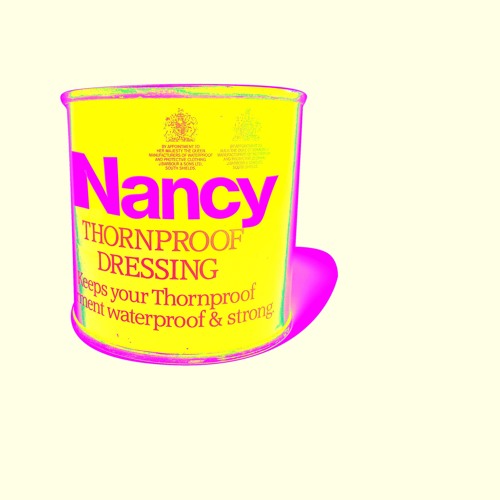 Nancy is a bit of an enigma that we still don’t know much about. He has been releasing psych-inspired pop tracks for the past few months, but he goes down a slightly different path with “Orange  Yellow Orange”.

His newest single is a bit of melancholic gold. You can also never go wrong by adding some whistling in because it’s so damn catchy that you might find yourself whistling along while skipping down Main Street. The track is uplifting and hopeful, as the lyrics mention finding a better life and ultimately being all right. The melody ebbs and flows with a very calming effect. It’s the perfect track to spin while having a nice relaxing weekend – which many of us are doing and not by choice in most cases.

“Orange Yellow Orange” is out on B3SCI Records. The single is from Nancy’s forthcoming EP, Happy Oddities, which arrives August 7th. We’ve also heard Nancy has an 11 track mini-album in the works for a November release, so this year will be filled with more to come.

This period of social distancing and before that isolation has not been easy for anyone. It has given us, however, great music and surprise collaborations. With time to think out-of-the-box, artists have been sharing covers and writing new music today. Usually, these new projects involve maybe four musicians. Well, the artists involved with Empty Days Club threw away that playbook and instead adopted Broken Social Scene’s approach, which is to gather as many talented individuals together and allow the natural chemistry flow.

Comprised of members from Catholic Action, Diving Station, Golden Age Of TV, The Howl & The Hum, Marsicans, Sea Legs, Talkboy, and the Empty Days Club House Band (a collection of musicians from Leeds), the band’s numbers are somewhere near a dozen or more. What’s even more impressive is that they have yet to meet in person. Everything has been done online and virtually, but you couldn’t tell this was the case with their groovy, toe-tapping new single.

With its understated urgency and jittery, dramatic pace, “Fan Fiction” sounds like it came right out of BSS’s endless vault. The pulsing rhythms and synths drive the song, creating a great wave of energy that percolates below the surface. You patiently wait for it to erupt, bouncing in your place in preparation for lift off. But like all the great bands, they tease us and the track fades into the distance. Instead of being disappointed, exhilaration overcomes you, and the only thing left to do is to hit repeat. Should you spin the track multiple times, pay heed to the lyrics, which take aim at society’s enduring misogyny. 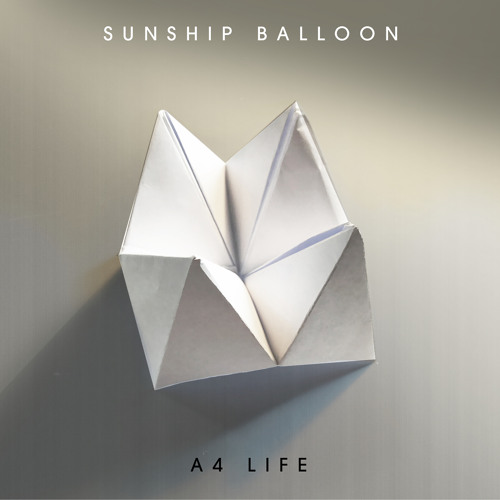 It was a sad day when The Wombats announced they were taking a break, but it was time for all members to branch out and try something new. In 2019, Sunship Balloon, which is the project of Daniel Haggis and Tord Øverland Knudsen, emerged. They released an EP and have now announced an upcoming debut album, which follows Matthew “Murph” Murphy’s own debut LP as Love Fame Tragedy. Whereas Murph built on The Wombats’ indie-pop euphoria, Haggis and Knudsen opt for new territory.

“A4 Life” is a killer track that tackles some of our patterns that now matter how much we try to change, end up circling back around and repeating themselves. It’s a perfect blend of psych-rock and soaring pop. The overall melodies are quite hypnotic and would be best suited to spin while working out or for motivation when making sure you get your home quarantine clean. 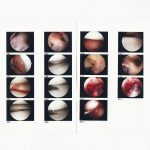 Paco Cathcart has fingerprints on a lot of great music coming from Brooklyn over the last few years. From his work with his other bands including Big Neck Police and Shimmer, to his engineering for Palberta, to his solo project The Cradle, he’s always involved in crafting interesting and heartfelt music. On August 21st, Cathcart will release the latest record from The Cradle, Laughing In My Sleep. It’s a 21 track record, written in times between places on Greyhounds and spaces in Brooklyn, as well as internal growth.

The latest track Cathcart have shared from Laughing In My Sleep is the reflective “Eyes So Clear”. Like “End of The Day”, Cathcart’s lyricism tell a vivid story, one of frustration with those who have a different outlook, and the feelings that evokes. It’s wrapped together in a Jeff Tweedy-like vocal delivery, along with some gently strummed guitar cut through by heavy piano chords. Palberta’s Lily Konigsberg contributes a layer of harmonies to the track that brings it all together beautifully.

The Cradle’s new album, Laughing In My Sleep, will be released August 21st on NNA Tapes with pre-orders available on Bandcamp. 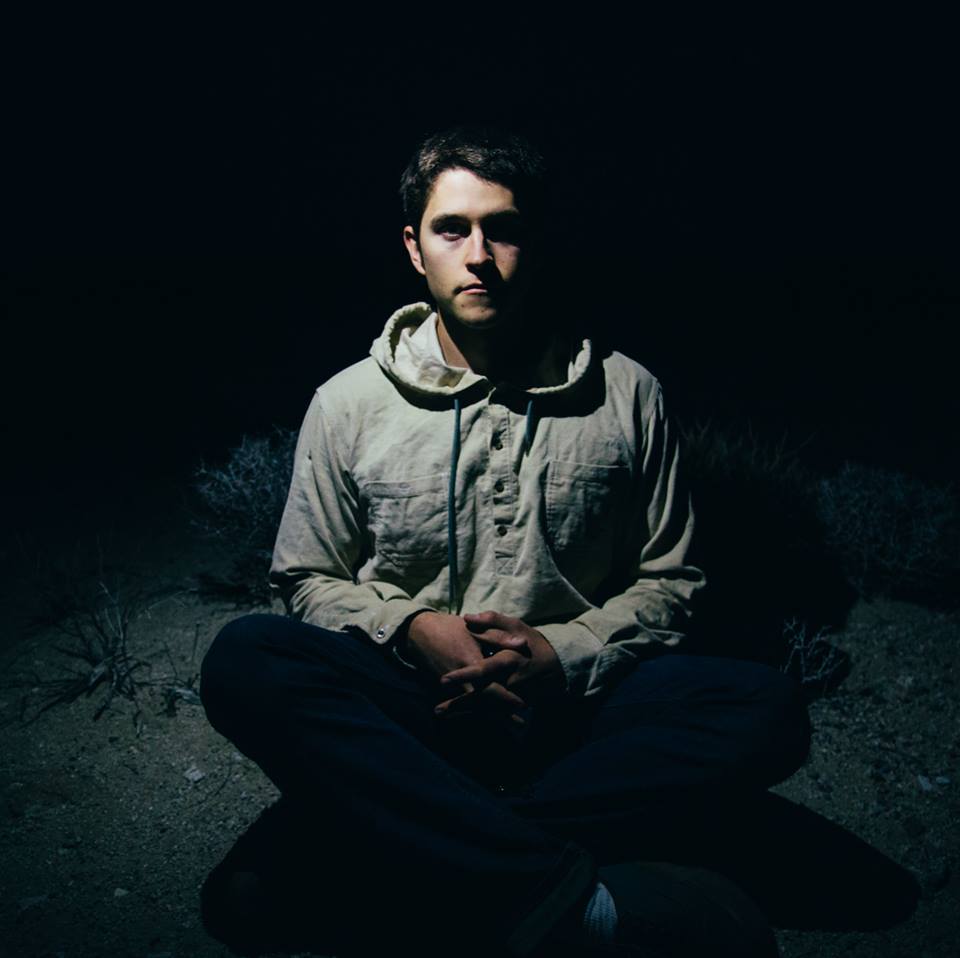 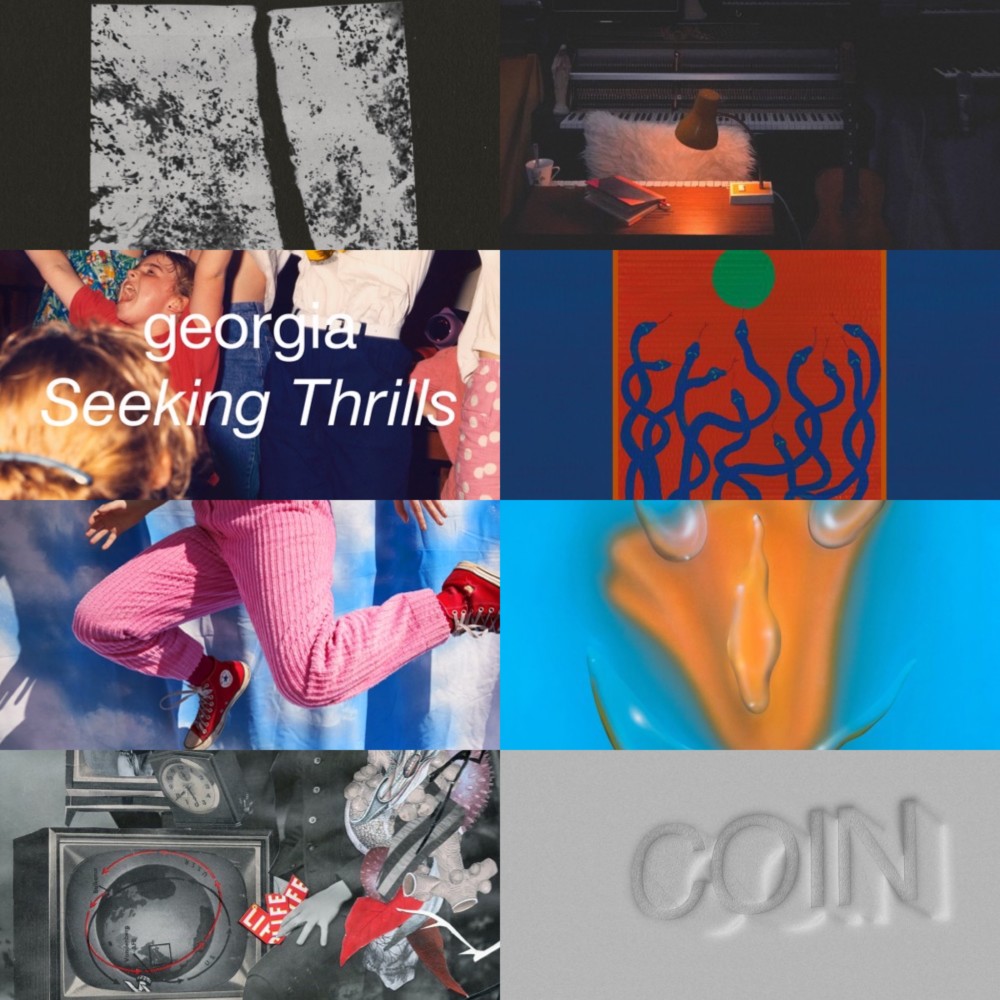