In their formative years, Ganser were the musical historians but in a different form. Instead of studying the classics, the Chicago four-piece documented the fast-developing chaos consuming the world and a generation’s reaction to it. Their 2018 debut, Odd Talk, was heavy and attentive. The album was fearless, and the trembling post-punk that dripped throughout it perfectly encapsulated those strange times. No one could have imagined that two years later the world would be even more unstable and resemble a dystopian world. Yet, here we are grappling with an unseen enemy in the form of a pandemic, cultural wars stoked by the “leader of the free world”, and angry people thinking their freedoms are more important than the health of the collective. Even George Orwell did not envisage such dysfunctionality, but Ganser have with their sophomore album, Just Look At That Sky.

With most of the songs written before COVID-19 enter the world’s lexicon and the day George Floyd’s life was prematurely taken, Alicia Gaines (bass/vocals), Nadia Garofalo (keys/vocals), Brian Cundiff (drums), and Charlie Landsman (guitar) have a crafted not just a concept album but a tale of what it is like to live in dystopia. The post-punk experience is terrifying, but Just Look At That Sky is brilliantly conceived and flat out awesome. It all begins with the dark, heavy, and feverish “Lucky”. Every element either throbs like a jackhammer, illuminates like lightning in a blacken sky, or explodes with the power of a tonne of dynamite. Through this combustible power rises Garofalo’s voice, who as the manipulator hollers to the innocent, “Well, drink up sonny! Drink it all up!”

This intensity repeats throughout the album. As Landsman’s guitar snarls, Gaines’ bass hypnotically pulses, and Cundiff’s drums methodically pound on the gritty “Self Service”, Garofalo assumes the character of a person living in the future and seeking a bit of hope in the past. “Tell me a story / An anecdote to cure the terminal lonely blue boys / Lost words”, she pleads to a survivor. But instead of sharing a fairy tale, the elder offers a lesson of humanity’s negligence on the thundering “Projector”. Landsman’s guitar once again sears through the hammering rhythms while Garofalo’s voice is calm, cool, and collected. “Don’t you worry”, she tries to reassure the young Padawan after explaining how humans have resorted to unproven theories to rationalize their existence and environmental inaction.

A storm, meanwhile, brews on the Blondie-like “Emergency Equipment And Exits”. With Gaines’ hypnotic bass line opening the track, the track gradually escalates into a fierce hurricane. In its eye is Gaines’ Debbie Harry-like vocals. A despair lingers within, as she wishes out loud that she was never here. This disgust with one’s existence is repeated on the harrowing, edgy, and brooding “Bad Form”. As the band unleash their fury, a desperation emerges. It is not, however, the quartet’s fervent instrumentation. Instead, the collective words of Gaines and Garofalo create the foreboding feeling.

For some, though, they prefer to pretend nothing is wrong in this world, as depicted on the groovy disco-punk number, “I Told You So”. “I’ll wake up tomorrow / I’ll wake up all right”, proclaims Gaines. Others, meanwhile, crave for what is no longer possible, which is articulated on the suspenseful and morose “Shadowcasting”. These are the people who “paper the windows / lock the doors” to places that do not exist.

A 2001: A Space Odyssey moment then follows on the unexpected “[NO YES]”. A calm, psychedelic arrangement effortlessly floats in the air. In the backgroud, a male voice calmly speaks, sounding like one’s subconscious and trying to convince its master that things are all right. But is this the voice inside one’s head or the manipulative messages of those in power? The answer to the question is partially answered on the brutally brilliant, “Bags For Life”. Horns join Ganser’s dark, post-punk fray, forming a piercing wall of sound. As the instruments clash and represent the turmoil of the world, Garofalo remains steady. She is the beacon within the surging storm. She is deliverance, telling people to “Take what you can / Hold nothing, dear” because the end has arrived. The end of an album that perfectly captures these desperate, unusual, tense, and surreal times.

Just Look At That Sky is out on Felte. Get it now on Bandcamp or your favorite download or streaming service. 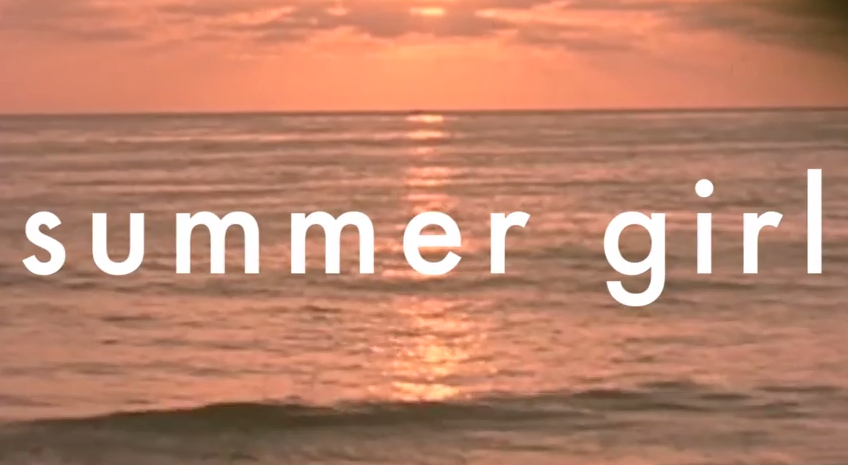 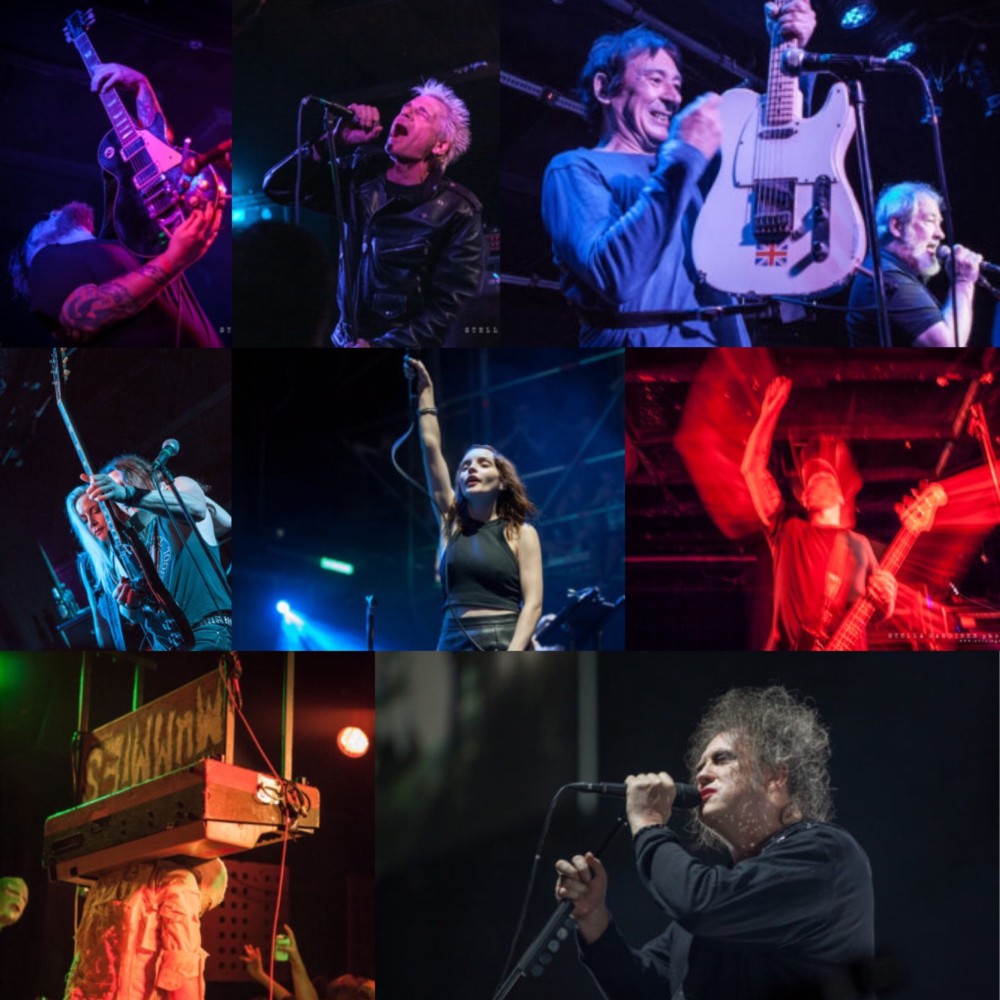 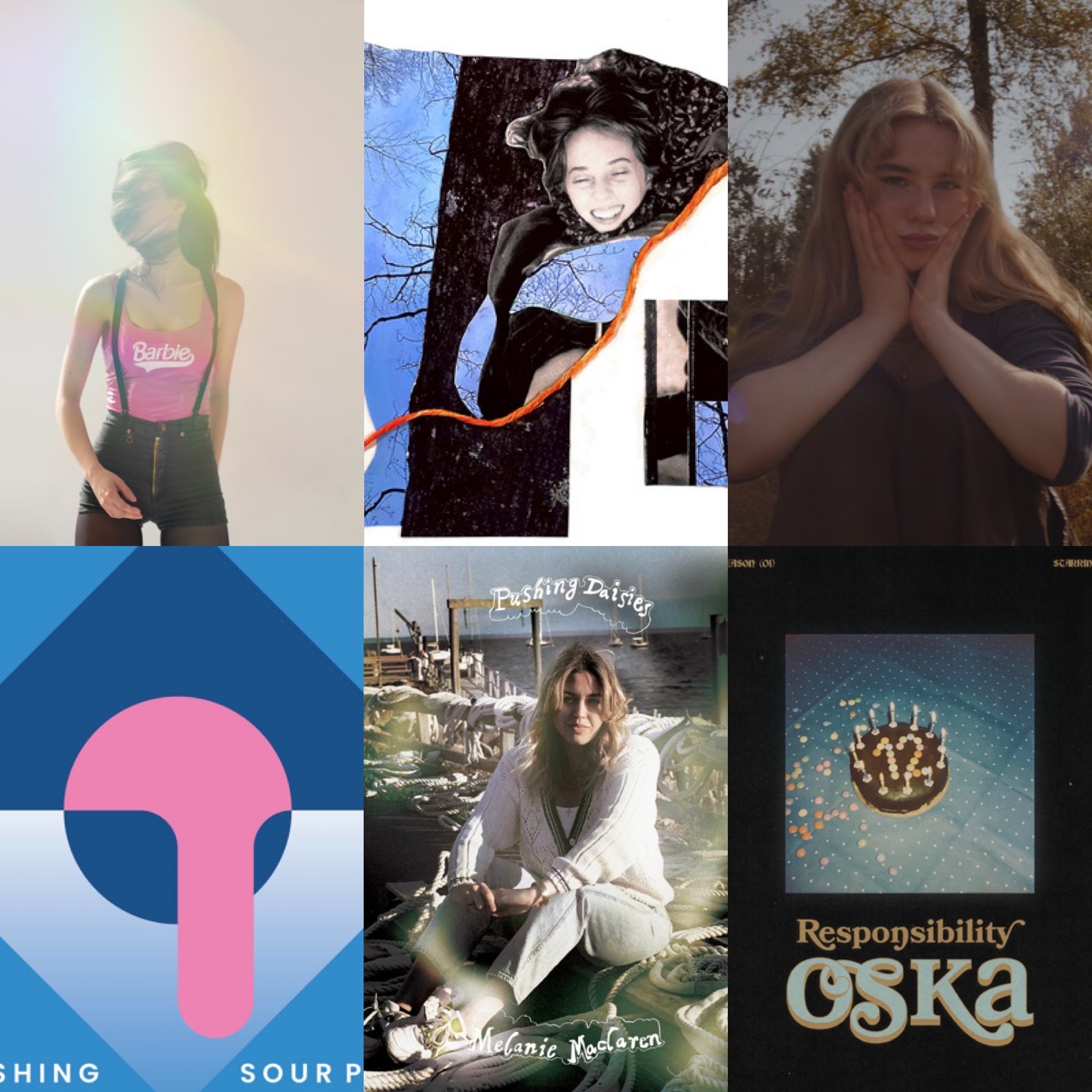