Bully’s third album – and the first as Alicia Bognanno’s solo project – ‘Sugaregg’ is not only a roaring achievement of ’90s grunge. It is also a compelling tale of a woman seeking to be heard and learning to live again.

Moving forward often requires us to let go of the people who have helped us. Whether leaving home for the first time, parting ways with a mentor, or saying goodbye to band mates, progress can only be accurately assessed from outside one’s comfort zone. For Alicia Bognanno, this meant turning Bully into a solo project and owning all the words and music. Although Clayton Parker and Reece Lazarus have departed, Bully’s sound remains edgy, raucous, and anthemic. It is also bolder and more self-assured as revealed on the band’s third album, Sugaregg.

Whereas Losing and Feels Like were more outward in their perspective, Sugaregg is undeniably influenced by Bognanno’s experiences, particularly living with bipolar disorder. The entire album, however, is focused on the blistering grunge of the ’90s, which is fitting since that era was a time when a younger generation was screaming to be heard. This album is Bognanno doing likewise.

Bognanno immediately unveils herself and releases her torment on the hammering “Add It On”. Through the thundering approach, she screams:

“It’s like every day it beat me down
Strips my fate
Okay, I had mine, but I’m angry
And I want someone to blame”

The opener sets the tone for the album. With its intense rage, “Every Tradition” is a banger of the first order. It trembles with the angst and desperation of the ’90s yet it feels fresh and new. She confidently sings against societal norms about a woman’s role and emphatically hollers that “nothing’s changed for me”. On the scorching, Sonic Youth-esque “Where to Start”, she is intensity personified. Her voice howls with the desperation of a woman meandering her way through life’s many labyrinths and facing the Minotaurs that occupy them. Although she may be unsure of the direction, one thing is clear: she won’t back down from anyone nor will she “run away” from any challenge.

The heart of the album is where Bognanno encounters her invisible enemy. On the melodic rocker, “Prism”, she reveals her everyday struggles with bipolar disorder and poetically sings about seeing “your ghost in my kitchen” to describe her condition. Bognanno accentuates her difficulties when she reveals taking “unsettled deep breaths, trying to reel in the calm”. She further dives into her situation on the rollicking “You”, proclaiming “I can’t figure it out. It’s like I’m still just a kid on my way out”.

Bognanno’s battles, though, extend beyond herself. The jittery “Let You” and the Waxahatchee-like “Come Down” see her coping with the end of a relationship. Memories and questions linger long after things have ended, including how she may have been the one who caused the hurt. The pulsating and blistering “Like Fire” reveals a neverending regret over the fraying of a friendship.

The one relationship with an everlasting emotional effect on Bognanno is the one with her mother, which she masterfully articulates on “Hours and Hours”. For more than two minutes, the song stays restrained with the exception of a single tremor. This handbrake approach allows Bognanno’s voice to be the song’s heart and soul. Her voice wavers between soft and introspective to cracking with sheer emotional pain. She wonders what went wrong, how it fell apart, and whether it can be salvaged. As the song progresses into a fierce growl, she takes us on a roller-coaster experience, not knowing when the ride will go upside-down or fall into an uncontrollable dive:

“I’m pulling out my hair trying to figure this out
Don’t even know any more what we’re talking about.”

By the end she’s ready to forgive and move on, stating emphatically, “But I’m not angry anymore. I’m not holding onto that!” At this moment, Bognanno is ready to move on, accept the present, and face the future. More importantly, she’s learned to live with herself, and she’s done it with a roaring, compelling achievement.

Sugaregg is out now via Sub Pop. Get it from these links or directly from Bandcamp. 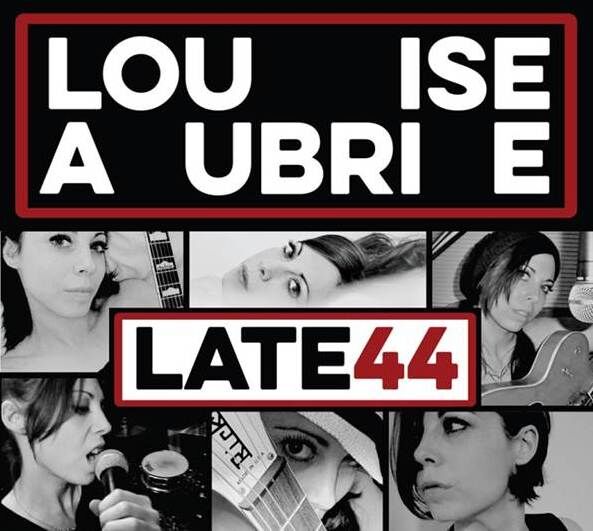