Dolly Valentine’s debut record How To Be Good isn’t necessarily a debut album. Previously known as Holy Golden, the duo of Leslie Schott and Andrew Valenti crafted an immensely compelling aesthetic, both sonically and visually. When they declared they were shedding that persona, it made us wonder what would come next. What would become of the ethereal voice, driving guitar, and dream-like visuals that defined the previous incarnation? It had us excited for something beyond an evolution, a re-invention, something completely different.

Right from its opening moments, How To Be Good feels more personal and even more inviting than anything of the former Holy Golden. Its sound is a huge departure as well. Gone is the post-rock, distorted, guitar parts, and in its place is some truly beautiful folk-country and gorgeous pedal steel. It’s an absolutely perfect back drop for the beautiful vocals and vivid storytelling of Dolly Valentine to shine.

It’s an album with a lot of love. It tries to figure out ways to make love a productive emotion on “How To Be Good” or using it as a guiding light in a world that doesn’t make much sense in “Love is Love”. While on “Stupid Love Song”, it is the one certain thing in an uncertain present and future. While the subject is one that so many artists have covered, Valentine channels something immensely human about the emotion.

It’s also a record that feels nostalgic. Hearing song like “Stay Awhile” and “Hard to Miss” makes one miss places and people they’ve never met.  It’s not nostalgic in a “longing for the old days” kind of way, more of a looking back and seeing how far we’ve come and how much we’ve grown and learned. “Everywhere, Love” is a gleaming example of that and using those lessons to move on.

What makes How To Be Good stand out are the amazing, lush soundscapes, which are as wide as the Midwest plains. One of the shining moments on the record is the sparse “Flowers on the Highway”, featuring just Valentine’s vocals, a guitar, and a little bit of strings and birds in the background. It’s a perfect set-up to the end of the record, that consists of the powerful “My Astrology” and the absolutely stunning “These Lips Are Mine”. On the latter, Valentine sings:

“In some ways we are different
In some ways we’re the same
Trying to find peace
In a world that’s gone insane
Well hey,
There’s one thing I know for sure
You live a life no one’s lived before”

When things seem so bleak, it is important to remember that there is something to hold onto. That there is goodness in this world, and it seems like we do need to be reminded exactly How To Be Good. It is an incredibly human record, sharing vivid stories, of love, of family, of time in between places. It is as warm as a record can get, and one that we desperately need right now.

How To Be Good is out now and available on Bandcamp 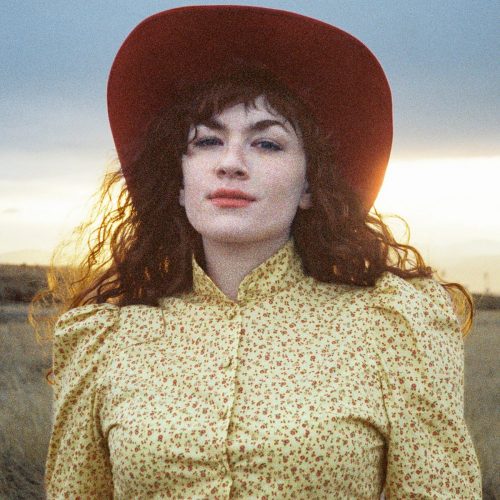