WebsiteThe Matinee ’20 September 7th edition offers a strong serving of dramatic, euphoric, mellow, and mind-expanding tunes. Most of the featured artists hail from European countries, with only two from North America. All nine songs provide a dose of musical escapism we all need.

The Foreign Resort – “Under Your Nose” and “Stand Back” (feat. Anna Bouchard of Drowner) (Copenhagen, Denmark)

It’s not often we share music that was released over two months ago, much less covers. However, we must share The Foreign Resort‘s most recent project. In early July, Copenhagen’s finest unveiled The Rabbit Hole, a four-track EP which features outstanding renditions of some classic hits. While we could easily share the entire mini-album, these two singles showcase the brilliance of Mikkel B. Jakobsen (vocals/guitar), Steffan Petersen (bass), and Morten Hansen (drums). Plus, they are the perfect tonics to start the week.

The first is “Under Your Nose”, originally released by shoegaze greats Pale Saints in 1994. Instead of trying to replicate the intoxicating euphoria of the original, the trio opted to do what they do best – unleash a furious, electrifying, and exhilarating post-punk buzzsaw. For nearly nine minutes, The Foreign Resort pull you out of the rabbit hole and hurtle you through the asteroid belt.

On “Stand Back”, Anna Bouchard of Drowner joins the band to transform the Stevie Nicks classic into an anthemic duet. The track is like New Order collaborating with The Killers and Amelia Meath of Sylvan Esso. Needless to say, this combination yields a spectacular result. This is one of the greatest covers we have heard. We’ll have to say it again – it is spectacular!

Get The Rabbit Hole on Bandcamp. It’s well worth the few dollars.

If The Foreign Resort are Denmark’s finest, then EUT are the Netherlands’ most exciting indie-pop band. The quintet’s reputation is growing within their home country as well abroad thanks to their ability to write uplifting songs. They’re like the best friend who knows our every mood and when we need some encouraging words. Given these strange times, we could use every bit of positivity in our lives. Unsurprisingly, Megan de Klerk (vocals), Tessa Raadman (guitar), Emiel De Nennie (guitar), Sergio Escoda (bass/keys), and Jim Geurts (drums) provide plenty with “Killer Bee”.

The track is not the big, rousing anthems of their past, but it still gets your heart racing. As the rhythms pound, the keys and guitars gradually build to an awe-inspiring finale. What hooks you in are de Klerk’s relatable lyrics, who feels (like many of us) like a beast is constantly chasing and trying to break her. In 12 words, she delivers the message that we all should be telling ourselves:

The single is out on V2 Records Benelux. This band is on the verge of a major breakthrough.

Loaver – “Forget All About” (Malmö, Sweden)

Those who follow Sweden’s indie scene will know Kluster B and how they are one of the country’s, if not the world’s, most innovative bands. But what would happen if a band member pursued a solo career? Would she continue to push the envelope or revert to safer territory? Such questions should not be asked when it comes to anyone from Kluster B, especially frontwoman Linnea Hall and her project, Loaver. She is not one to play it safe, and working independently has allowed her to delve further into genres and soundscapes alone. She displays her ingenuity on “Forget All About”.

Attempting to pigeonhole the song within a single genre is no easy task. It might actually be impossible because Hall brilliantly fuses baroque/orchestral chamber pop, psych-pop, alt-pop, and dream folk into one unique sound. At first the track has a sublime, trippy soundscape. Then it shifts to a dream-like state, as a drifting melody pushes aside the haze. Hall’s voice, meanwhile, is angelic and intoxicating. She calmly shares her state of mind: one moment she is lost and consumed by a tragedy; the next she’s trying to forget everything that happens. Whether the tragedy is 2020 is unclear, but if it is, we can all empathize. 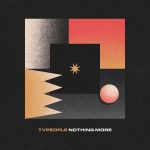 Brace yourself for the journey this new band has in store for you. Dublin newcomers TV People provide a fitting soundtrack to your next moonlit drive on their “Nothing More” single. These intricately layered textures of brooding guitars beg to be heard at full volume, so strap in and crank it.

First things first, though: we have little to offer in terms of introductions, as the four-piece outfit just formed in 2019. In a normal year, new fans would have discovered these guys at multiple festivals and in-studio radio performances. Fortunately for TV People, their talents shine through any medium despite the lack of touring.

So whether you immerse yourself in this video or simply close your eyes to absorb every tantalizing note, this song will leave an indelible impression. They do it subtly, though. With tight hooks and confident delivery, they play every note with the precision of a group that has been together for decades. TV People offer everything you want in an indie rock band: dynamic tones, substance, and swagger. We look forward to hearing more from these guys (and seeing them on many festival stages) in the future.

This single is streaming now from these links and available on their Bandcamp page in a five-track live EP.

Ava Vegas – “The Bloom Is off the Rose” (Berlin, Germany)

For us, the best songs are those that imitate a great book or movie, where the lyrics form a great story and the music provides the setting. Such tunes are getting rarer each year since the emphasis these days is placed on catchy beats and melodies. Sarina Giffhorn, though, didn’t get the memo. Through her project Ava Vegas, which was previously called VEGAS, the Berlin-based singer-songwriter cites Kate Bush as an influence. This explains why the theatrical element in all of her songs. On “The Bloom Is off the Rose”, she not only takes us to Broadway but to a small, provincial, French town that could have been home to Belle of Beauty and the Beast.

Musically the track sounds like a fairytale with the orchestra behind her creating a delightful yet mysterious atmosphere. It’s music made for skipping to on a carefree summer day. Giffhorn’s mind, however, reflects back on a time she believed was pure bliss but only to learn of the lies of another. She discovers that what was once extremely beautiful is nothing more than a beast. She reveals her discovery with poetic brilliance as she sings:

Back in February when we first were introduced to Zooni, we said the quartet of Peter Martin, George Godwin, Ben Clark, and Matt Glasbey might be the heirs to Wild Beast’s innovative art-rock crown. We purposely used “might” since that was the first song we heard from the relative “newcomers”. We should now say they definitely are the heirs, because their latest single is an artistic marvel.

“Cascara” is alternative psych-pop perfection. Despite the low-key, mellow arrangements, the song is dramatic and mysterious, straddling the line between reality. The low hum of the synths, the seductive rhythms, and the occasional burst from the guitar are pure cinema. This orchestration yields moments that feel like you are on the edges of space and other times in the backseat of an accelerating vehicle in the wee hours of the morning. In either setting, these are the moments of a woman who is trapped and lost. She is desperately seeking answers to rescue herself from her entrapment. All she can find instead are more questions as to why she feels hopeless. But in listening to this song, you, like us, will believe better things are on the horizon for Zooni, the heirs to Wild Beast’s throne.

The band’s debut EP, Familiar Ground, is out October 2nd on Square Leg Records. Pre-order it on Bandcamp. 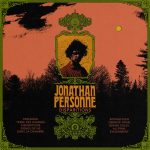 As we enjoy these final days of summer, one artist has just delivered a perfect collection of seasonally appropriate tunes. The rich hues of “Terre des Hommes” from Montreal-based Jonathan Personne fit these in-between days. This song, found on his sophomore album, Disparitions, finds the Corridor frontman blending retro influences with modern melancholy.

There is much to savor here, from his warm, French vocals to the hazy psychedelic tones that evoke ’70s-era AM radio. But what makes this tune a must-have for your collection is its carefree ebullience. The first notes greet you with mellow vibes. You are invited to sway along as the melody envelops you in a heady embrace. Echoes of the past flutter through the verses and chorus, leaving faint traces of The Byrds and Blue Öyster Cult. But those moments are fleeting. Soon you find yourself centered, ready to exhale the stress of this year. As you inhale hope for the coming season, make a mental note to keep this one in heavy rotation. Its rejuvenating effects are undeniable.

Disparitions is out now via Michel Records and available directly on Bandcamp. 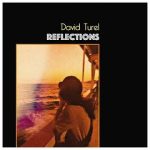 The vibrant, softly psychedelic tones of David Turel‘s new single “Reflections” might prompt a double-take. You may wonder if he is somehow connected with the many side projects of Tame Impala. After all, the sunset vibes of this tune evoke a creative authenticity normally associated with Kevin Parker and Jay Watson. But no, Turel is a Michigan-based musician who released his debut EP last year. Now he’s preparing to share his first full-length with this lead single.

“Reflections” is the kind of song you want to dive into and swim among its lush textures. Turel creates worlds within each passage: one verse showcases his vocals while the chorus allows the swirling synths and guitars to shine. The seamless production keeps you entranced for the duration. He bookends the song with an expansive intro and outro that lets you catch your breath upon departure and reentry into this dimension. Trust us when we say: this song will transport you to other realms. Whether you choose to come back down is your call.

You can stream this song on Spotify. Look for his album to arrive sometime in the near future from Lolipop Records.