Around the world we go once again on The Matinee ’20 September 9 edition. Each song has a bit of magic, whether feeling like a fairy tale, providing a brief reprise from the madness, or overwhelming you with joy and hope. 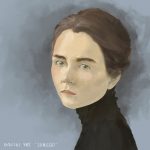 Often when we write, “Take a deep breath”, it usually relates to a dreamy, shoegaze number or a cosmic, trip-hop beauty. In this case, though, it is the master that is Ben Cooper and his project, Radical Face, that has us uttering these words. The Floridian is a master – a master composer, songwriter, and storyteller, and one of the nicest people you’ll ever meet. Usually, he has us imagining ourselves in a fairy-tale setting, where everything seems magical. On “Sunlight”, though, he keeps us home and shows us that magic can be heard right outside our front door.

“Sunlight” is beauty captured in 212 seconds. It is a stunning piece of art that commences innocently enough with a birds quickly chirping in the background as an acoustic guitar is strummed. A bass and gorgeous piano join shortly thereafter, and they create a calm, introspective mood for Cooper’s soothing falsetto. When his voice arrives, the atmosphere changes from grim to overcast. Through this section, Cooper opens up about the darkness that has overwhelmed him. Eventually, however, he finds himself moving forward, and the arrival of the synths echoes the energy that has entered his life.

This track along with “The Missing Road” are part of Cooper’s monthly initiative called “Hidden Hollow.” You can find the treasure trove of the Radical Face back catalog on Bandcamp. 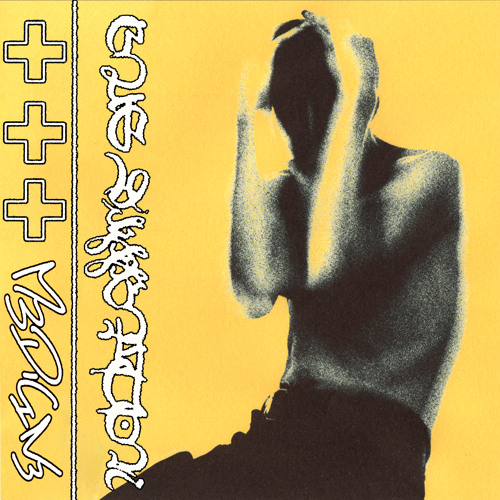 “Medicine” is the newest track from rising star Gus Dapperton. The single starts off with inviting vocals and simple piano, and then it builds into a serious pop ballad as the lyrics delve into the struggles of addiction. The talent of Dapperton lies in his ability to craft meaningful lyrical content with unique and comfortable melodies that bring forth nostalgic ’90s vibes. He already has a large online following, which grew exponentially after collaborating last year with BENEE on “Supalonely”

According to Dapperton, “Medicine” is a bit of an autobiographical song. He explains:

“This track defines the album most explicitly. I wrote it as a song that would narrate my life. ‘Medicine’ is about someone who is self-destructive so that they can get high off of the process of healing. The hurting phase is of no concern to them.”

“Medicine” is the final glimpse into Dapperton’s upcoming sophomore album titled Orca. It will be released September 18th on AWAL and you can pre-order here. 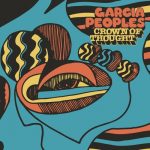 As it’s the middle of week and our minds are starting to get a wee bit hazy, it’s time to dial up the trippiness. We would normally look towards Australia to fulfill our psychedelic desires, but today we get the swamp. Literally, the East Rutherford / Rutherford / Secaucus area of New Jersey, was once littered with swamp lands. It’s fitting, then, that a great little psych band with a bit of southern swampiness calls this region home, and their name is Garcia Peoples.

Just a point of clarification first – none of the band members have the surname Garcia. We’re not sure who was the influence for the band’s name, but we assume they’re Grateful Dead fans and Jerry Garcia was their idol. Even if not, the sextet channel that great American band by creating rock music that echoes of a time when music truly moved your body, mind, and soul. With that, put on your favorite pair of blue jeans, grab a drink or another substance should you choose, and trip out to “Crown of Thought”.

This six-minute mini-epic is a mood-altering experience. It starts off like a smooth, gentle breeze, where its coolness creates a weightless feeling. Then it gets a little bit more psychedelic, with the various instruments swirling in different directions like a kaleidoscope. The middle jam possesses a Ravi Shankar- and Kikagaku Moyo-like levitation, where one’s mind suddenly becomes completely blank and we lose all track of time. It is escapism at its finest, and even the band’s lyrics focus on escaping expectations. Or just escaping the craziness around us.

The band includes Tom Malach (guitar), Danny Arakaki (guitar), Cesar Arakaki (drums), Derek Spaldo (bass), Pat Gubler (keyboardist/multi-instrumentalist), and Andy Cush (bass). Their new album, Nightcap at Wit’s End, is out October 9th via Beyond Beyond is Beyond. Pre-order it on Bandcamp. 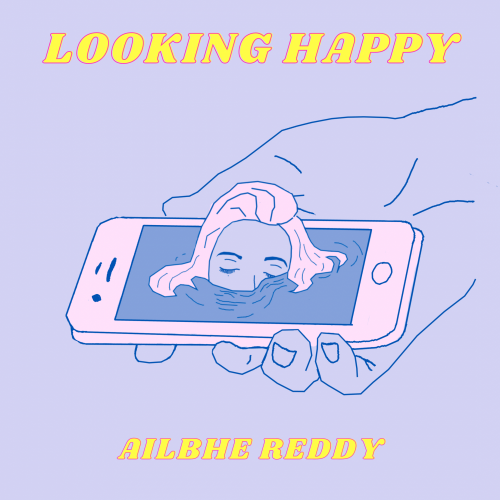 “Looking Happy” is the newest track from alt-folk artist Ailbhe Reddy. The Dublin native has been making waves ever since she released her captivating single, “Distrust”, back in 2016. Her newest offering adds a conversational twist to the reality of viewing your ex’s new life via social media. Ailbhe shares a bit more about the track:

“The song is all about watching someone’s life from afar post-break up. We should all know by now that what people present online is a shiny, happy version of events but sometimes it’s impossible to have that logic when you’re hurting. Most people have probably ended up scrolling through the online profile of an ex and feeling like their life is full of fun parties and holidays, because that’s all people show of their life online”.

“Looking Happy” is upbeat and boppy, as Reddy’s afflictive vocals float over a nice acoustic foundation. She has a knack for transparent and relatable songwriting and her best asset is her unique and inviting vocals that keep you wanting more. 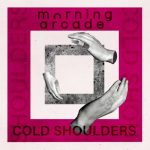 Back in the days before CD players let alone MP3s and streaming services like Sirius and Spotify, road trips often consisted of friends battling over which radio to listen to on the lengthy journey. Back and forth the dial would go, and before a song could finish static would be hear as the station was changed. Sometimes, though, the arrival to a new city meant the same frequency would be occupied by two indie stations and songs playing would blend together. Now keep this image in mind when hearing newcomers Morning Arcade‘s debut single, “Cold Shoulders”.

When two stations come together, the audio is usually a mess. In the case of “Cold Shoulders”, there is no static nor confusion. Instead, the blend of sounds and influences yields something pretty great. It is the brilliant marriage of Chapterhouse with The War On Drugs, Alvvays, and even a bit of My Morning Jacket. It is dazzling shoegaze meeting mood-altering, ’80s rock with heavy doses of dream-pop. Like a new addiction, the song gets better with every listen. Beyond the musical spectacle, the quintet deliver a heart-wrenching story of watching people around them struggle and fall. They witness a “city tears in rain” as the world burns. As much as this story could be about another time and place, it is unfortunately one occurring before our very eyes. Intoxicating music plus poignant storytelling equals a band to watch very, very closely.

Anna McClellan – “Desperate” and “Pace of the Universe” (Omaha, USA) 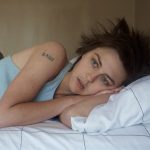 Omaha’s Anna McClellan has been an artist to watch for a while. A close associate to Frankie Cosmos, McClellan has two great records already in her catalog, 2018’s Yes and No and 2015’s Fire Flames. Both records showcase McClellan’s ability to craft witty pop music with intelligent perspectives on things.

That continues on the two new tracks McClellan has released this week. “Desperate” speaks of desperation for validation, but we all know how that works out nine times out of ten. It’s an honest track with McClellan telling herself that time would be better spent on something productive, like a hobby. “Pace of the Universe” is a slower number, but one that’s immensely relatable lyrically. McClellan’s vocal delivery adds a very personal touch to it. Its instrumentals are great as well with a wonderful orchestral break halfway through.

Since her last record, McClellan moved back to her native Nebraska after living in New York. On her upcoming record, I saw first light, McClellan tackles the adjustment, as well as the complexities of life and big changes in the mid-20’s. It was recorded within a two-week period with local Omaha musicians. 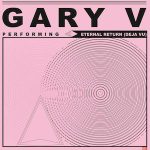 Here is a voice you know, even if the name doesn’t quite ring a bell. Those unmistakably warm, mellow vocals can only belong to Gary Van der Spek – the artist who has retired his former moniker (Prism Tats) to record under his given name. Well, half of it at least. Don’t worry, though: Gary V will continue to elevate your senses with his refreshing blend of indie psych dream-rock.

Take his newest single, for example: “Eternal Return (Deja Vu)” delivers all the woozy textures and sigh-inducing hooks you expect from the South African transplant. All these years living in Los Angeles have infused his sound with a sunset vibrance that energizes your heart while soothing your mind. This track provides more therapeutic results in three-plus minutes than a month-long holiday. He achieves this by taking listeners to another world where stress cannot exist. You gain entry into this other dimension by closing your eyes and floating away as he sings. During the intro your pulse slows. Thirty seconds in, you feel a languid stupor wash over you as the journey begins. When you hear him sing, “I’ve been waiting for you,” you know you have entered a state of weightless bliss. There you remain, enraptured and entranced, until long after the final notes are played. This sonic journey is just what you need right now. Strap in, lean back, and let these groovy melodies work their magic.

This single is out now on Bandcamp via ANTI- Records. 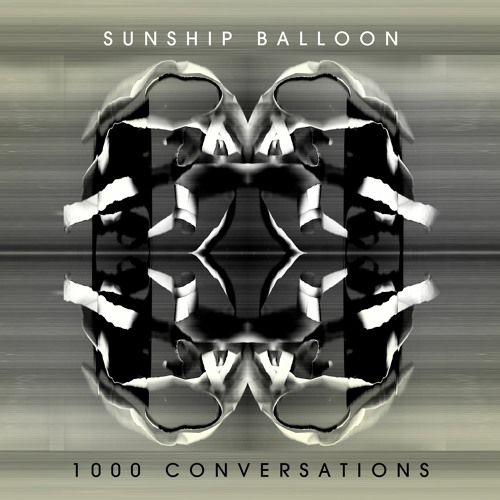 Next Friday will be a popular day for new releases as Sunship Balloon’s debut album, Everywhen, will be released on AWAL. Offering one last glimpse before its arrival, the duo of Daniel Haggis and Tord Øverland Knudsen (The Wombats) share a great psych-pop gem in “1000 Conversations”.

The track starts simple with acoustics and piano and then expands into a grand psych inspired melodic dream. It’s melodic and laid back at the same time, and it could definitely provide a bit of warmth for those upcoming cold winter days (for some will be coming sooner rather than later). As moving as the melody is, the track encourages us to take life one day at a time. The duo remind us to take it easy and remember to breathe in and out with all the noise we experience daily from our thoughts.

Daniel Haggis shares: “‘1000 Conversations’ is a song about overthinking and trying to deal with the meteor shower of thoughts that batter the atmosphere of our minds each day.” 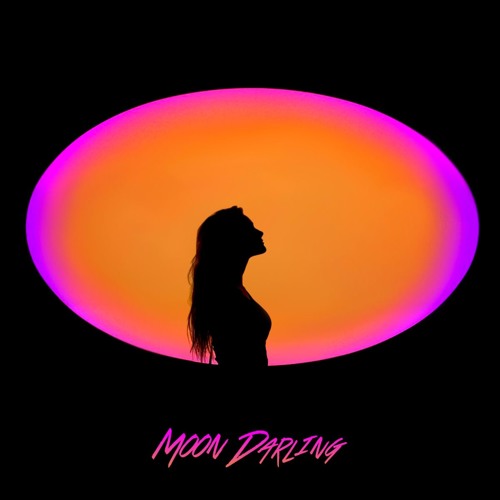