From raging scorchers to upbeat hip-shakers to dark tremblers, The Matinee ’20 September 23 edition is like the soundtrack to a ’90s cult classic. So grab your popcorn and spin these nine epic tales.

Signing with a label was once the ultimate goal for any band. Now it can be cursed blessing: we’ve witnessed an increasing number of artists breaking their contracts because they felt stifled. The most popular case involved Prince and his battle with Sony back in the ’90s. As a court ruled in Sony’s favor, the Purple One fulfilled the terms of the contract by releasing anything and everything. That was his form of protest.

One of our longtime favorites, Kraków Loves Adana, can relate. They felt constrained by their relationship with a label. They no longer felt they had the artistic license to create and release what they wanted. Unlike Prince’s lengthy battle, they were able to negotiate an amicable solution with their ex-label. Now Deniz Cicek and Robert Heitmann’s fifth album, Darkest Dreams, will be released sooner than expected – specifically this Friday, September 25th. To celebrate their newfound freedom, they’ve returned to their brooding roots with their newest single.

“Darker Darkness” is a thing of stark beauty. It never gets loud nor even attempts to incite you to spontaneously move. Instead, their goal is to provoke, allowing the dark tones of the synths and the low grumbles of the guitar to penetrate deep into our souls while Cicek’s words stir our minds. She sings on behalf of everyone who has been abused, coerced, or suffered or who just want to be set free:

The track is available on Bandcamp.

We cannot believe we’re saying this, but we miss the days when flannel was trendy. Of course we’re speaking about the early and mid-’90s when grunge ruled the airwaves. For a while, guitar-driven music took a backseat to other genres. Maybe it’s a sign of the times, but grunge, alt-rock, and post-punk have experienced a resurgence this year, and we are immensely grateful because then the spotlight shines on bands like ZILCHED.

The project of Chloë Drallos, ZILCHED has been a favorite of the Detroit underground scene. Their hidden gem status should be quickly rectified after people spin “Velcro Dog”. The track is like the immaculate conception of The Jesus and Mary Chain and Bully. Fuzzed-out, churning guitars collide with bouncing rhythms to create an energizing wall of noise that will get the adrenaline rushing and cause you to dance, jump, run, or frantically wave every limb in all directions.

And like Nirvana, Hole, and Veruca Salt before, Drallos has crafted a song that reveals a younger person’s disgust with the world and the simple worries of her “friends”. Her words are that of a generation’s fatigue with being taken for granted, neglected, and ignored. “Velcro Dog” is the ’90s reborn, and we’re loving it. Now we have to dust off the flannel shirts, assuming the moths haven’t eaten them. 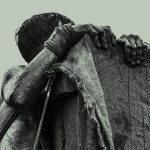 Every Wednesday needs a moment where our minds are obliterated and we can just lose our shit. We need to feel pulverized by sonic explosions instead of non-stop lies and disinformation. When such occasions arise, one band always delivers. We are, of course, referring to METZ. Alex Edkins (guitar/vocals), Chris Slorach (bass), and Hayden Menzies (drums) are living, breathing, and walking nuclear timebombs that are ready to go off at any second. They’ve already shaken our cores with “Hail Taxi” and the massive epic, “A Boat to Drown In”. Now they annihilate our eardrums and turn our brains to mush with the thunderous “Blind Youth Industrial Park”.

This song is savage. It is three minutes of on-the-edge-of-your-seats noise-rock. There isn’t a single moment nor element that is quiet or subtle. Everything is in your face. All you can do is absorb this hurricane of gargantuan sound. The ferocity of the track mirrors Edkins’ story of a conflicted younger person who doesn’t know where to go and which side to take. He is stuck with nothing to hold onto as he sinks deeper into the darkness. The days of his youth are gone and so much more.

Where his soul ends up is unknown for now, but on October 9th we might get some answers. That is when the trio’s new album, Atlas Vending, emerges on Sub Pop Records and Royal Mountain Records. Pre-order and pre-save links are available here and from Bandcamp. 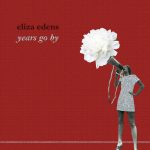 You tend to remember the first time you hear a standout artist. Some can recall the moment of their introduction to a genre-defining band, like Nirvana in the ’90s. In recent memory, music student Maggie Rogers made an indelible first impression that set her on the path to stardom. An equally talented voice just grabbed our attention, though we missed her debut album in April. Let us remedy that belated introduction by sharing the newest single from Eliza Edens.

“Years Go By” is a slow-burning glimpse into the talents of the Philadelphia-based alt-folk artist. With a fingerpicked guitar style that evokes Kaki King, Edens wows you with her understated artistry. Then she draws you in with her warm vocals. The fireside intimacy of her delivery keeps you spellbound as she sings about the abuse of power by “A coward tyrant causing a scene / his sick delusions roll daily on the screen.”

Edens takes an otherwise stunning acoustic song and elevates it to a chilling showstopper in two ways. The bass adds textural depth while the percussion awakens ancient rhythms from deep in your soul. That rumbling swells until Edens pulls back on the chorus. Then a fluttering sax accents her hushed utterance that sends shivers down your spine:

Get to know Eliza Edens now. She is a voice for the ages with a message for these times. “Years Go By” is available now on Bandcamp, as is her remarkable debut album, Time Away From Time. 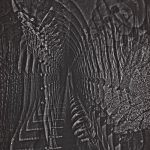 As we slumber through another week of this dreadful year, Norwegian psych-pop band Misty Coast give us a reason to feel alive. More specifically, Linn Frøkedal and Richard Myklebust offer the melodic tonic that we need in these daunting days with a song that sounds like a sunburst. So put on your shades and bask in the sweltering radiance of “In A Million Years”.

The song is psych-pop perfection that will leave you smiling for days to come. The overdriven guitars, the teetering rhythms, and Frøkedal’s lush vocals are the sounds of a summer that we once knew. Although autumn is upon us, the track may inspire you to head to the beach and dive headfirst into the cool waters. It is an invigorating, refreshing, absolute delight. Beneath the caffeinated pop approach, Frøkedal tells a tale to which we all can relate, where the world is going backwards instead of forwards and we all feel stuck. Referencing The Matrix, she wanders if she “could take another blue pill” and go back to the reality we once knew. Unfortunately we cannot, but at least we have great music to help us realize that great days are to come.

The single is out on Bandcamp via Norwegian boutique label Fysisk Format. 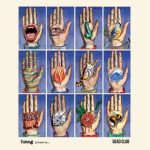 When was the last time you discussed a taboo topic in public? Not recently, right? Some topics simply are not discussed in “polite company” as our grandmothers may have taught us. Older generations whispered about sex and death; modern generations write songs about it. The newest from British folktronica masters tunng is a fine example of that.

“Death Is the New Sex” comes just a month after the release of “A Million Colours” from their upcoming album, Tunng presents…DEAD CLUB. This gem pairs unlikely topics with richly hued, gently ambling instrumentation and vivid lyrical imagery:

This is what you discover on the first play. You can spin this tune a hundred more times and still be dazzled by a new aspect each time. This is the brilliance of this band: their breezy approach puts a delectable sugar coating on a typically bitter pill. They see no reason why death should not be discussed freely. In a year when that very topic dominates global news headlines, “Death Is the New Sex” is the sunny antidote to gloom.

While you wait for the album, check out the latest episodes in tunng’s Dead Club Podcast.

DEAD CLUB the album arrives November 6 via Full Time Hobby. You can pre-order it from these links. 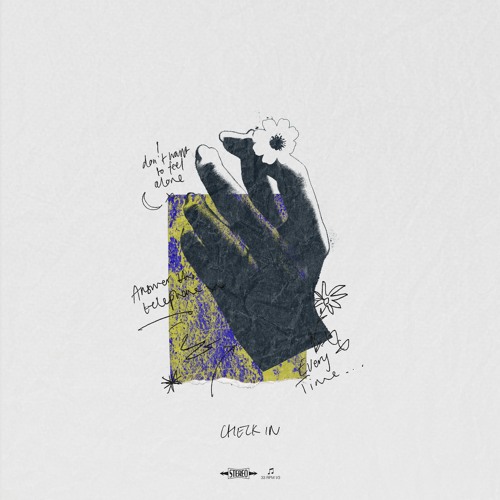 It’s humpday and what better way to get you through the week than with a nice slice of dreamy alt pop? Newcomer JWestern is just releasing his second single and so far the Leeds based artist is mashing up genres and creating his own unique sound, much like US based Gus Dapperton.

“Check In” has a total bedroom pop vibe. The track floats along with a killer bassline, hazy melodies and gossamer vocals. Let’s not forget the fact that it can definitely get your head bobbing or toes tapping while going about your day.  It’s the perfect song to listen to while spending the weekend chilling outside in nature on a beautiful fall day which many of us are experiencing right now.

JWestern shares a bit about his newest track: “Check In is all about a breakdown in communication between two people. I often find it really hard to say how I’m actually feeling in the moment and end up saying the wrong things; then in hindsight everything becomes clear in my mind, and I end up regretting everything. But at the same time, even through a rough patch, I still want to check up on the person and make sure that they’re okay, and go back to how things were before.”

“Check In” is from JWestern’s upcoming debut EP Just People which will be released via Heist or Hit on October 23rd.

SWiiMS – “Hand of Love” and “Let You Down” (Toronto, Canada)

It’s not a secret that we love a great shoegaze tune. The sound of the crystalline guitars, the light rhythmic pulses, and the heavenly vocals takes us back to the days when we stood shoulder-to-shoulder with strangers and together we became spellbound at the dreaminess emanating from the stage. Fortunately for us, this genre just won’t die, as an increasing number of bands are resuscitating the great British invasion of the early ’90s. A new-ish band that we all should familiarize ourselves with is SWiiMS, who quietly released their debut EP. While we could share just one song, we’ve opted to deliver two because we all could use a bit of escapism.

“Hand of Love” is prototypical, ’90s shoegaze. It is light, breezy, and breathtaking in its execution while front-woman Mia Diaz Langou’s stunning vocals will leave hearts fluttering. As the guitars chime in the distant, she tells a story of two long-lost lovers who meet again and the chemistry that instantly reignites. It’s a fairy tale that we all wish could live.

“Let You Down”, meanwhile, is part shoegaze and another part sublime dream-pop. Another way to think of it is Chapterhouse meets The Cranberries, where a quiet urgency lingers under the surface. Langou’s story also has an air of Dolores O’Riordan and the great soundtracks of the ’90s, as she speaks about the fraying of friendships. But after listening to these two songs, you might want to call old pals and relive the memories that have brought us here.

SWiiMS are Mia Diaz Langou (vocals/guitar), Colin Thompson (guitar/vocals), Cian O’Ruandaidh (bass), and Ken Hume (drums). Their debut EP, Through Waves, is out now via Mint 400 Records. You can find it on iTunes and Spotify. 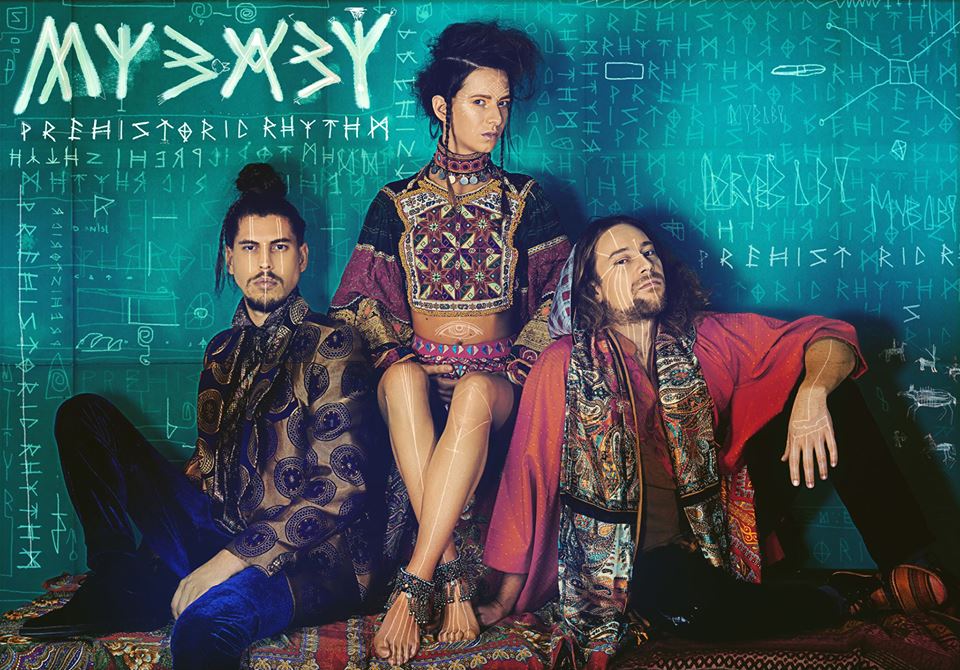 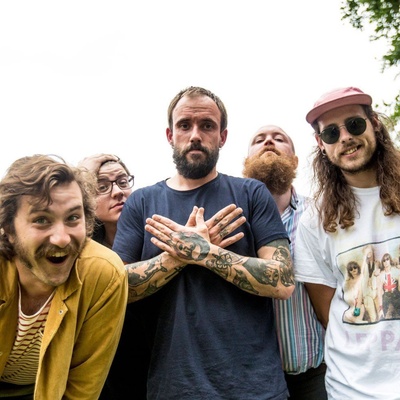