With a weekend to remember in the rear-view mirror and a brightening future before us, The Matinee ’20 November 9 celebrates the days to come with eight wide-ranging new singles. The songs come from either side of the pond.

We’ve said this a few times already, but it’s worth mentioning again that 2020 is the year of post-punk. The genre that only knows one speed has repeatedly seen numerous bands rise to the occasion and document the topsy-turvy times of this unusual year. While there is cause for jubilation today, much hard work remains to be done to right the wrongs of the past four years and beyond. We must keep of our eye focused on the bigger picture, and the next great Irish band gives us direction.

After releasing the razor-sharp “Can I Speak to a Manager” in August, The Clockworks unleash the seismic single, “Enough is Never Enough”. It is a song that must be played loudly not simply because ot its wall-shaking catharsis. Rather, it is a rousing anthem that everyone must hear and find motivation to prevent what we have experienced for too long. As the pummeling rhythm section opens the track and the guitars soar, front-man James McGregor shares a story of an angry man from “a broken home” with immigrant grandparents who falls into the trap of the far-right. The track is littered with references related to the recent events, such as “It was a Tuesday, and it was bleak”, which could refer to the day of the US election. He goes on to narrate this doomed individual’s fate:

This song is simply awesome and immensely timely. Find the track on Alan McGee’s Creation 23 label.

When we selected this next single from Nashville-based, Kansas City transplant Matthew Green, the man behind Dance the Misery, our mindset was that the US election’s uncertainty would extend for days, if not weeks. Yes, while we understand the situation could change, the feeling through much of the US and across the world is remarkably different today. So instead of saying, “Let Green’s newest single, ‘Pickup’, lift your spirits”, we’ll say, “Let this brilliant piece of sadcore, Gothic, dream-pop be one of many songs that will keep you on Cloud Nine.”

The track is what The Cure would have sounded like in the late ’80s when they started to crack open the windows and allowed the sunshine into their Gothic world. It is also what the underrated Red House Painters would have sung in the rare moments they found euphoria in life’s little moments. As the guitar chimes and the rhythms urgently pace, Green narrates the story of a young woman who is endlessly searching for inner peace and understanding who she is. In a world full of conflicting information and undue pressures, she finds solace in a late-night drive and “listening to rock ‘n roll”. This is her escape and with “Pickup” Green offers exactly that for us. So hop in and enjoy this exhilarating ride.

The track is taken from Green’s debut EP, Bad Feelings at Night, will be released December 11.

If you’re in a need of tune that will keep the party going, then you’ve come to the right place. Now, don’t judge a book by its cover – or in this case the song title. Sure, “Partypooper” sounds like the newest single from Welsh alt-pop outfit HMS Morris could be a downer. On the contrary, you might want to put on your dancing shoes and flexible clothing because this track will have you doing everything from the flamenco to the tango to, well, whatever dance you want.

Long celebrated for their witty and whimsical nature, Heledd Watkins (vocals/ guitar/ synths) and Sam Roberts (bass/ synth/ loops/ backing vocals) combine buzzing Latin-pop with boisterous alt-pop and exuberant theatrical-pop. The result is an audacious but immensely revitalizing track. It sounds like something that Barry Manilow and the Wayne Coyne-led The Flaming Lips would concoct should they ever collaborate. But instead of playing this at the Copa Cabana, it would be performed at Mardi Gras or on the streets of Buenos Aires.

There is more to the song, however, as Heledd’s lyrics are dedicated to the introvert that exists in all of us. She’s not criticizing people for being down or quiet, but rather that we should embrace this side of us while at the same time let go for when the moment dictates it. Now is a good time to unleash the extrovert and party like it’s 2021!

The single is out on Bubblewrap Collective, who have long supported the Welsh duo.

With a new era about to start in the US, now is the time to celebrate more loudly and profoundly the diversity that makes our world and the country great. Like the great saying goes, “Love will conquer all”, and this is the focus of The Ghostly Beats Project from label Trans Trenderz, whose mission is to bring the music of Black Trans artists to the mainstream.

For this project, they’ve joined forces with renowned producer Joel Hamilton (Highly Suspect, Elvis Costello) and fellow label Fontana North to “increase opportunities for marginalized artists to record in professional facilities (and) work with music industry vets“. One of the first songs to be released as part of this great initiative is one that will linger with you for the rest of the day if not year because “Bloody Hands” is a remarkable achievement from “newcomer” Apollo Flowerchild.

“Bloody Hands” is an alt-folk marvel that is part fantasy yet pure reality. As a banjo tickles in the foreground, a dark, harrowing folktronica tone arises in the background. It creates the feeling that we are in the backwaters of Louisiana’s bayou, wading along through the murky swamps as the pale moonlight shines above. As an eeriness descends, Flowerchild’s alluring baritone arrives to give us courage. Their words provide us with the motivation to take another step and persevere because Flowerchild knows our experience. For too long, they’ve fought to be heard, and now they have a voice. As they sing:

“And I was the last stepping stone
To being better than I’ve ever been before
And when I cry, I’ll cry
I’ll laugh then I’ll die
But I won’t waste another second dwelling on
My bloody hands”

At the end of September, Newcastle’s John Edgar, via his project The Dawdler, took us inside one of his vivid dreams and in the process ignited our imaginations with his stunning and provocative single, “Crocodile”. The song’s storyline was surreal, yet at the same time it felt so real. This time around, he lets us do the dreaming and, thus, create our own surreal realities with his breathtaking new single, “Sign of Growth”.

For nearly three-and-a-half minutes, Edgar takes us on an extraordinary trip to another dimension or possibly the outer reaches of space. The song starts innocently with just a couple of guitar chords strumming while a synth lightly hums and Edgar’s filtered yet peaceful vocals serenade us. For nearly ninety seconds, he has create a soundscape that makes us feel like we’re floating in the most tranquil and clear waters of the galaxy. Then the synth kicks in, the guitars get a little shoegaze, and the song takes off. Its build is stunning. It is just lovely. This is a place we could live for the rest of our days because “time won’t care / time won’t rule”.  This sounds absolutely perfect.

Edgar’s new EP, Sign of Growth, is out now on Akira Records. Go to Bandcamp to hear all of his releases to date.

We don’t usually wade into the cloud hip-hop or emo hip-hop genres, mostly out of personal preferences. When we do dip our toes into these waters, it’s usually because an artist has piqued our interest with an approach that deviates from the genre while offering a thought-provoking tale. This is what Ultra_eko has done with “Keep Busy”.

Musically, the London-based artist has traversed down unexpected paths. Instead of relying on synths, beats, and Garage Band, Ultra_eko has opted to re-create the post-punk of the ’70s and in the process he’s crafted a foreboding and Twilight Zone-like vibe. The chiming guitars and the low throb of the bass have the distinct flavor of Joy Division, but the tale he tells is completely 2020. Focusing on a single man who seems to have the perfect life, Ultra_eko smartly discusses how demons eat away within each person, and the only way for us to keep them at bay is to “Keep Busy”. Once we let our guard down, they’ll come out of the closet and over take us. But then again, what’s the more frightening thing: doing the same thing over and over again to be accepted or showing our true selves? 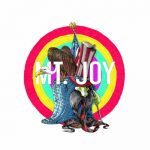 If you need an example of the old phrase “make hay while the sun shines,” look no farther than rising indie stars Mt. Joy. The Los Angeles-based via Philadelphia outfit have been making the best of an otherwise abysmal year by releasing incredible music. This summer they delivered Rearrange Us, a superb album produced by Tucker Martine. Now the band have shared a perfect anthem at a triumphant time.

“New President” was released just days before last week’s U.S. elections, so they had no way of predicting how auspicious the song would be. Fortunately for everyone in the world who celebrates civility and democracy, the upbeat tones and lyrics here match the joyful vibes felt worldwide:

This song is streaming now from these sites. Their Rearrange Us album is available on Bandcamp via Dualtone Records. 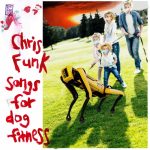 Another artist whose creativity has flourished in the era of quarantine is Chris Funk. The Portland-based musician (who is better known as a multi-instrumentalist for The Decemberists) showcases his experimental artistry on his newly released album, Songs for Dog Fitness. While this music is a million light years from the indie folk-pop his main band is known for, the album’s lead track captures the upside-down feelings we have all felt in 2020.

“Vermona One” takes listeners on an intergalactic journey through space and sound. This seamless fusion of distortion and textures is not so dense that it drowns out the rays of hope that filter through. While the piece’s early tones would fit a new season of Black Mirror, the gradual shift towards a brighter climax mirrors this year’s trajectory. Discordant beginnings can still produce harmonious endings.

Look for this song and album on Funk’s Bandcamp page. 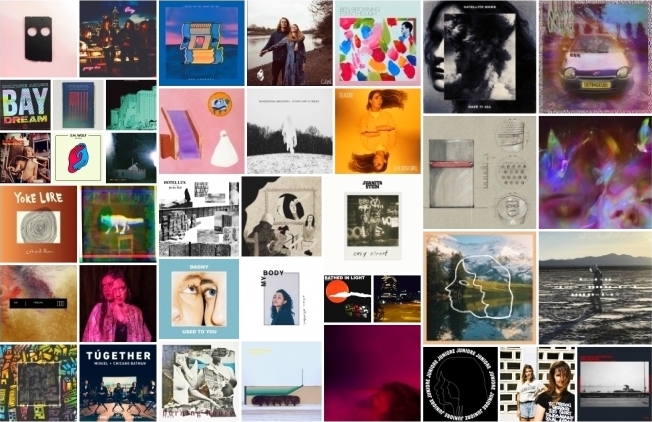