The Matinee ’20 December 2 edition is filled with beautifully vulnerable moments, which are perfect for these darkening times where we seek a little light. Find solace in these eight terrific tunes, most of which kick off our Songs of December playlist on SoundCloud and Spotify.

Many bands fly under the radar to casual music consumers yet are widely respected by their fellow artists and musicians. This is evident when their colleagues don’t hesitate to collaborate with them. This is the case with Beta Radio, the project of Benjamin Mabry and Brent Holloman. When they released their last EP, Way of Love, The National’s Bryan Devendorf and Bon Iver collaborator CJ Camerieri provided drums and horns, respectively. This is probably the biggest compliment any artist could receive. It’s only a matter of time before the duo’s audience expands because their music is richly textured, meticulously crafted, and always feels like a dream. Their newest single is no different.

Have the oxygen tank or a paper bag nearby because “Afraid of Love” will have you gasping for air and hearts aflutter. It is a mixture of Bon Iver’s and S. Carey’s gentle, folktronica caresses and Matt Berninger’s brooding tenderness, leaving all in its wake in a state of unforgettable bliss. Vulnerability, however, rings through Mabry’s looping vocals, which are a stirring tenor one moment and a gripping falsetto the next, as he sings about how this past year has weakened him to the point that he’s become emotionless. He fears becoming close to anywhere because they may be separated or, worst, forever lose each other.

“I’m afraid of love, but I can never have enough
It takes me over, but it takes time
Is that all right?” 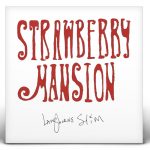 “Life is confusing and people are insane.” Langhorne Slim sang those lines on his 2017 album, Long at Last, Vol. 1. His words still ring true even as the world has changed considerably since then. One constant, though, has been our collective struggle with anxiety. Uncertain times are not conducive to sound sleep nor peaceful minds. Many of us have spent 2020 trying to maintain our mental, physical, and fiscal health. Those struggles take a toll on everyone; musicians are no different. However, when artists like Langhorne Slim sing about a shared feeling, it just sounds a whole lot catchier.

“Panic Attack” is a brief but upbeat foot-tapper of a tune about his experiences battling an invisible foe. In the early part of this year he began recording what will become his eighth studio album, Strawberry Mansion. But getting to that stage of the creative process meant him seeking treatment for anxiety. As his lyrics attest, seeking help pays off:

She spoke and I tried to listen
She said ‘Son, there may be no cure’
But I swear that life’s worth living
It’s the only thing worth living for”

Thanks to Langhorne Slim for reminding us of these simple truths. Life may be confusing, but we are not alone in our struggles. Pre-orders/pre-saves for Strawberry Mansion are available here ahead of its January 29th release via Dualtone Records.

Amanda Tenfjord – “Then I Fell In Love” (Trondheim, Norway) 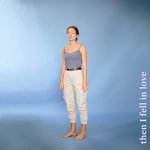 The best songs are ones you can identify with as you listen. There is immeasurable comfort found in hearing relatable lyrics set to a melody. Your emotions are captured and reflected back to you in ways that feel like a warm embrace. This is one reason why female singer-songwriters like Adele and Maggie Rogers rose from obscurity so quickly: they know how to expertly pair lyrics and melodies that resonate with listeners. Another artist poised to follow in their footsteps has released a new single as proof of her unmistakable talent. “Then I Fell in Love” is yet another stunning song from rising star Amanda Tenfjord.

The Norwegian singer floored us earlier this year with her “As If” single. That sleek anthem shone a spotlight on her powerhouse vocals. Now she closes a memorable year by showcasing her more vulnerable side. This mellow ballad pulls at your heartstrings as her ethereal voice reveals the reason for the change:

“I used to be stronger
Didn’t need someone’s shoulder
Oh, I used to be bolder
And then I fell in love”

This song is streaming via Propeller Recordings on Amazon Music, Apple Music, and Spotify.

Do Nothing – “Glueland” (Nottingham, England)

Saying 2020 has been quite unusual would be the biggest understatement of the year. When Merriam-Webster’s Dictionary anoints “pandemic” as its word of the year while Collins Dictionary gave the honors to “lockdown”, it’s pretty obvious these twelve months have been beyond weird. The days of when “selfie” and “GIF” were recognized might be over for a little while (we think “vaccine” and “anti-vaxxers” are the frontrunners for 2021). One great thing about these unprecedented times is that the music has been stupendous, particularly in the areas of post-punk and darkwave. Adding to these genres’ dominance while capturing the 2020’s oddity are Do Nothing on their new single, “Glueland”.

Like what the band have been doing for a few years, they masterfully combine the electro-disco-rock aesthetics of LCD Soundsystem with Protomartyr-like brooding post-punk and cunning songwriting akin to IDLES, Fontaines D.C., and Blinders. In other words, “Glueland” is a work of artistic genius that a gripping drama unfolding in an underground punk bar serving as a momentary hypnotic disco. As the synths and bass chime a stuttering beat and the hallow guitar rings in the background, front-man Chris Bailey sings about living in a “limbo land”. He encounters unusual characters and must accept his fate that purgatory is reality. These lines perfectly capture the state of our world:

SYML – “In Between Breaths” (Seattle, USA) 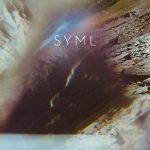 Do you remember the last time a song took your breath away with its beauty? If not then press play on this new single from Brian Fennell – aka SYML. The artist from outside Seattle first rose to fame in 2017 with “Where’s My Love?” His cashmere smooth vocals created instant fans out of first-time listeners. Now he returns to dazzle fans yet again, though this time with a spellbinding instrumental.

“In Between Breaths” is the lush, calming experience your soul needs. And with the holiday season approaching, you may already need a break from overly festive tunes. The soundscape SYML creates here offers instant stress relief. Each note dances with the graceful flutter of shimmering snowflakes.

SMYL learned at an early age that music is a way to express what words cannot. The piano was his first instrument, so in a way he is returning to the basics on his new EP, You Knew It Was Me. The second track, “In Between Breaths”, is a calming oasis where you can escape the stress of the world and simply recharge. The opening notes are sparse and evoke a wintry breeze on a sunny day. An undeniable energy flows through the melody as a tension builds towards the middle. SYML’s light touch on the keys remains constant, his fingers fluid and unhurried. At this point you wonder, briefly, if the tone will shift to something more dramatic. But much like dawn rays breaking over the horizon, the melody simply grows warmer and brighter with each note. Upon its conclusion you may find yourself uttering a contented sigh and smile. That kind of reaction is to be expected after hearing a song of this caliber.

The EP is out now via Nettwerk Music Group from these streaming and purchase links. Head over to Bandcamp for his earlier releases. 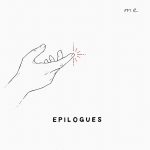 Epilogues is the brainchild of Mikey Donnelly, a songwriter that has traveled the UK but now calls Leeds home.  It’s a project that Donnelly describes as a “small slice of solidarity”. It’s an interesting concept, all about filling the gap between the listener and the artist.

“The Gap” is a track off of Me, the first of two, connected EPs Donnelly plans to release. It acts precisely as it is titled, a gap, a connection between the already-released Me, and the upcoming You. “The Gap” is a slow build, starting with just vocals and guitar. Donnelly’s voice intertwined with another as the song builts. Halfway through, the build gives out and a voice comes in and asks “Are you still in it?”.  What follows is absolutely beautiful.

After that departure, the track builds even more, drums and bass come in, creating an incredible moment when both voices repeat those words together. It’s a big moment, and ends the track on a high note.

I’m a hopeless nomadic,
Broken but romantic.
I just want to be where You are.

Me is out now on Tambourine Machine Records. You can stream it here. Epilogues’ next EP, You will be out in early 2021. 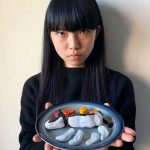 Nana Yamato has had a path to her first release that is both familiar, and unique in many ways. Yamato has a handful of 7-inch records available on Bandcamp under a previous moniker, ANNA. They’re a pretty lo-fi affair, but full of creativity. It was enough to get the attention of Dull Tools, A. Savage of Parquet Courts’ label. Backlog of music and being signed to a prominent band’s label isn’t necessarily groundbreaking, but when you consider Yamato is from Tokyo, it makes it all more interesting.

“If” is one of the most impactful debut tracks of the year. Clean, jangly guitar chords and an understated yet floaty voice create a great feeling all around the track. There’s some really cool distorted guitar and a little bit of trumpet as well to mix things up quite nicely. It’s a track that’s fitting for the Dull Tools label. Beyond just her musical ability, Yamato’s creativity is on full display in the music video, which is animated by her, and tells a story of a cartoonist who meets her drawings.

“Turn that frown upside down” is an old phrase we’ve heard since we were children. The coming weeks, particularly those in the Northern Hemisphere, will likely be a challenge especially with the holidays coming. If we all do our part, we can overcome this pandemic. But to keep us occupied indoors, we need great music. Specifically, we can use a song that puts a smile on our faces and provides positive vibes. We’re not talking about Bobby McFerrin’s “Don’t Worry Be Happy”; instead let Ali Horn cheer you up with “End Credits”.

The Liverpool-based artist’s new single is the sound of summer. OK, so it’s nearly winter, but a song that warms the soul and induces head swaying and gentle dancing is welcome all seasons of the year. The feathery percussion, the perky glockenspiel (yes, a glockenspiel!), and a jangly guitar line create the breezy mood. Horn’s vocals take us on a “nihilistic” journey to the end of our days and the start of a new one in the afterlife. The storyline is kind of morbid, but at the same time it is a celebration of what our lives used to be:

“Let’s sing a happy song, happy song
Because I know it won’t be that long
Until we’re lying there eternally
I’ll see my friends all smiling”

It’s a nice thought if you think about it. 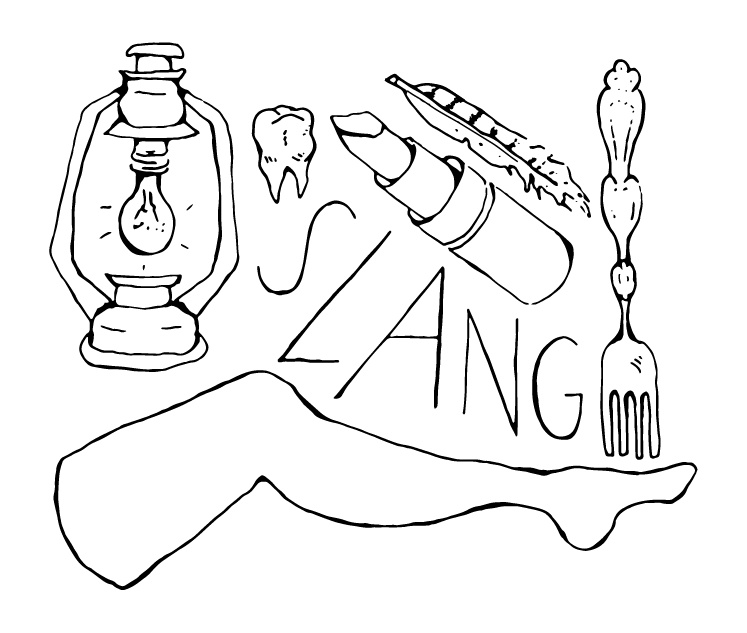