The holidays are around the corners, and The Matinee ’20 December 9 offers plenty of sonic gifts. The mini-playlist includes a couple of surprise new singles and songs from recently-released EPs from standout artists. There is also one debut single from a Welsh band. If you need additional music to help with your holiday (online) shopping, our Songs of December playlist, which can be found on SoundCloud and Spotify, provides the perfect companion. Happy holidays everyone! 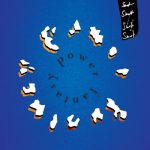 At the end of November, one of the great, little alternative bands released their new EP. Distributed on Bayonet Records, Smut‘s Power Fantasy is a short, three-track record that recaptures the energy, angst, and spirit of the ’90s. Included on the record is “Fan Age”, which is ’90s grunge-pop reincarnated. If you missed listening to Tay Roebuck, Andrew Min, Sam Ruschman, and Bell Cenower’s latest output and are short on time, then take a listen to “Perfect Dark” to sample why this band’s future is immensely bright.

Recalling the sadcore shoegaze of Chapterhouse and Lush, the quartet have created a song that is simultaneously stunning in its execution but a knee-bucking soul-crusher in its tale. The lingering guitars and the slow stutters of the rhythms are intoxicating, forming a hazy soundscape that feels like an alternate universe from the bleak skies that surround us. It is a safe haven or, as Roebuck says, “It is a softness around me“. Her story, though, goes much deeper than finding solace in something comforting. She reveals the anxiety, depression, and hopelessness that have consumed her for so long that this softness no longer exists. She instead lies on a bed of nails in the solitude of the dark, but something inside her keeps her from succumbing completely to the abyss. As Roebuck says:

Get Power Fantasy on Bandcamp and support this extremely talented band. 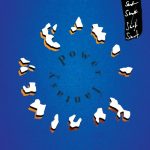 We have an unhealthy addiction to the enigmatic Nancy‘s music. The Brighton-based artist is constantly shape-shifting, crafting everything from a whistling-down-the-sidewalk trip in “Orange  Yellow Orange” to a disco-psych buzzsaw with “Teenage Fantasy”. So where will he take us on his newest single, “Pleasure Pen”? Depending on your imagination works, it could be anywhere.

With its off-kilter, creepy, psychedelic-krautrock vibe, the track feels like the welcoming music to The Stanley Hotel from The Shining. Every element, particularly the overdriven synths and the probing rhythms, is deliberately delivered to give the song its eerie and delirious atmosphere. You might even find yourself looking over your shoulder or carefully peering around corners to ensure the Grady Twins nor Jack Torrance are lurking around the corner. But if only the song was based on Stephen King’s epic novel. Instead, Nancy was inspired by an even more surreal piece of literature – Leopold von Sacher-Masoch’s novella Venus in Furs.

The book tells the tale of man Severin von Kusiemski who desires to be dominated and enslaved by Wanda von Dunajew. It’s an early telling of sadomasochism, but told in the late 19th Century. Listen carefully to Nancy’s words, as he describes the different ways in which Severin experiences “pleasure”. Maybe we’ll take meeting the Grady Twins after all.

The song is out on B3SCI Records. 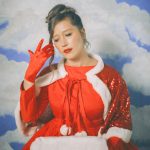 Julia Jacklin is an Australian treasure. Her music is simply timeless, as her songs can feel like they were written in the ’70s yet still be relevant today while her contemporary folk-pop and guitar-pop numbers will be listened to for decades to come.

A big reason why her songs will endure beyond her life span is that she is an impeccable songwriter and storyteller. She has written about peer pressure and trying to fit in (her breakout single, “Pool Party”) to being a victim of abuse and left to cope on her own (the incredibly powerful “Body”). Her two albums – her brilliant debut Don’t Let the Kids Win, and the vulnerable yet empowering follow-up, Crushing – are modern-day classics. Like Dylan, Lucinda, Patti Smith, and Baez before her, she is unpredictable. She’s not going to entertain people with songs about the usual subjects, but instead provoke them with real-life challenges. She does this on “baby jesus is nobody’s baby now”.

While the song is set at Christmas time, it is not a yule tide carol. On the contrary, it is a beautifully brittle, acoustic folk number that shares how Christmas is not so merry for some. Her first lines involve a tragedy. Calmly she sings:“

From there, she shares her own bittersweet moments, where her family asks her to entertain them as they watch TV and how she goes home alone. Jacklin’s song is a reminder to those who do have merry Christmases to not take for granted what they have. In addition, she reminds us that the best gift we can give this year and any year is helping those less fortunate to find a little joy in these darkening days.

The song is out on Polyvinyl Records and available on Bandcamp. Here’s hoping a new album is coming in 2021. 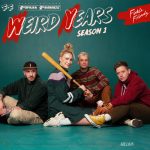 In these uncertain times, it is easy to forget that many of us are still extremely lucky. For those of us who have found the loves of our lives, we are even more fortunate. While it is the middle of the week and it’s still not so safe to go out, set aside some time tonight and set up a date with your better half. Make dinner, sit down and talk, and then start your own dance party with Fickle Friends‘ new single, “Million”, being the opening number.

The Brighton-based quartet demonstrate once again why they are one of the great electro-pop / disco-pop bands on the planet. With a smooth groove, a funky bass line, and buzzing keys, Fickle Friends create a dance-floor anthem. It’s a song that will incite you to break up your best dance moves, showing off to your partner that you were as nimble as the first day you met. Don’t, however, dance alone, but instead close together because front-woman Natassja Shiner’s lyrics will recreate the spark between the two of you. 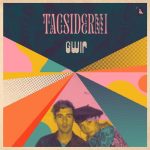 Great music has no limits. We don’t need to live in the same place nor even speak the same language to appreciate an outstanding album or an impressive debut single. For instance, none of us speak Welsh. Not a single word. This little “obstacle”, however, isn’t stopping us from recognizing what Gwenllian Anthony and Matthew Kilgariff, the duo behind Tacsidermi, have pulled off for their first tune. Boy is it one awesome little trip.

By trip, we mean “Gwir”, which translates to “actual” or “actuality” in English, is one groovy hallucination. It’s like a psychedelic trip through an opium meadow, where all your senses suddenly become elevated and you are aware of everything and more. Anthony’s stirring voice heightens the hazy effects while Kilgariff’s lightning guitar strikes having us jumping further down into the rabbit hole. There is some truth to this description, as Anthony shares how she feels lost and confused as she deals with the untruths and anxiety of a friend. Despite her own feelings of betrayal and diminishing self-worth, she remains resolute to help her friend overcome.

You’re hard to read
My patience is running out
But I feel a duty to stand here still
Reaching a hand to love, to a friend”

The single is out on Libertino Records. 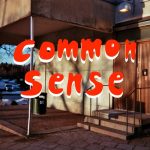 In the four-plus years we’ve been spinning Melby‘s music, they have picked us up with their bubbly brand of Scandi-indie-dream-pop. They are, to us, the heirs to Dungen’s throne. Or maybe not. With a pandemic raging across the globe, the quartet of Matilda Wiezell (lead vocals/synth), Are Engen Steinsholm (back-up vocals, guitar), David Jehrlander (bass), and Teo Jernkvist (drums) have utilized the time to try something new. Specifically, on “Common Sense”, they traverse the desert-like soundscapes of psychedelic pop-noir and deliver arguably their most cinematic tune.

This is not to say that the Stockholm-based band have gone full throttle. On the contrary, the low-key coolness that emanated from songs like “Things I Do When I’m Alone” and “Overthinking” remain. A breeziness, as such, is felt, but the song is also mysterious and suspenseful. It’s like we are Peter Gunn, investigating another crime and delving into the deep underworld of a gloomy waterfront city. For Melby, though, their sleuthing involves examining who they are and what their purpose is to the person lying next to them and the world as a whole. They attempt to resolve the insanity that circles around and within them, remind themselves that common sense will eventually prevail. The song is clever is in conceptualization, and it is a welcomed evolution.

The single is out on Rama Lama Records. Get it on Bandcamp. 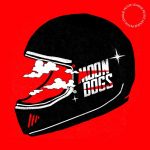 It’s been more than three years since we’ve shared anything from Petite League, which is surprisingly since their scuzzy brand of indie rock had his singing their praises when they released “Reclusa” and  “Sun Dogs”. Well, now we have the opportunity to make up for lost time and once again bask in Lorenzo Gillis Cook and Henry Schoonmaker’s unpretentious and relatable music, as heard on “Moon Dogs”.

The duo’s latest single recalls indie rock’s rebirth of the late ’80s and early ’90s when songs were recorded on cassette tapes and the lo-fi, bedroom approach added an intimacy that is rarely duplicated today. The music, in other words, was authentic. It was real, where every imperfection could be heard yet we celebrated the band’s genuineness. We also embraced them for writing songs about us. Through the fuzzy guitars and jittery drum line, Cook sings about a broken bloke who wishes that his luck will change. It’s a story with which we are all too familiar:

“I’ve worked my life for nothing, so it seems like
It’s salt up in my veins, years full of bad dreams
And if tears are what fills all the oceans
Well, honey, I’ve been crying sweet tooth erosion”

Petite League’s new album, JOYRIDER, is out January 8th, 2021. Preorder it on Bandcamp.

Oscar Lang – “That Wasn’t What I Said” (London, England) 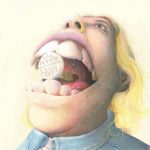 At just 20 years old, Oscar Lang has established himself as one of the UK’s most promising artists, but his growth as an artist began nearly a half-decade ago. His musical career started in his mid-teens, where he channeled his inner Mac DeMarco and released lo-fi, jangle-rock that was filled with insightful observations and stories. The Londoner was born to have a microphone in his hand, as his songwriting prowess at a young age exceeded his more experienced peers. As he’s gotten older, his music has become wider screen while his songwriting has become sharper. For instance, “Antidote to Being Bored” was an adrenaline-rushing number that found comfort in another while “Get Out” encouraged people to live life in the midst of a pandemic. For his latest tune, he looks inwards but musically he continues to explode outwards.

“That Wasn’t What I Said” is a hyper-exuberant, rollicking piece of psych-infused, indie pop-rock. It is akin to the greatest amusement park rides. The song commences with an easy, stuttering vibe, but the anticipation of what is to come rises with each ascending step. When the first drop arrives, we shout with a glee. The best is yet to come, and the song takes off with a fast and furious outro that leaves you exhilarated and wanting to experience the whole thing again. In the midst of the excitement, however, lies a man who is uncertain of what he’s done and said. He cannot take back his fumbling words or misguided actions, and all he can hope is that people can forgive and forget. But who wants to forget a song that leaves you awash in complete joy?

Lang’s excellent new EP, Antidote to Being Bored, is out now via Dirty Hit. 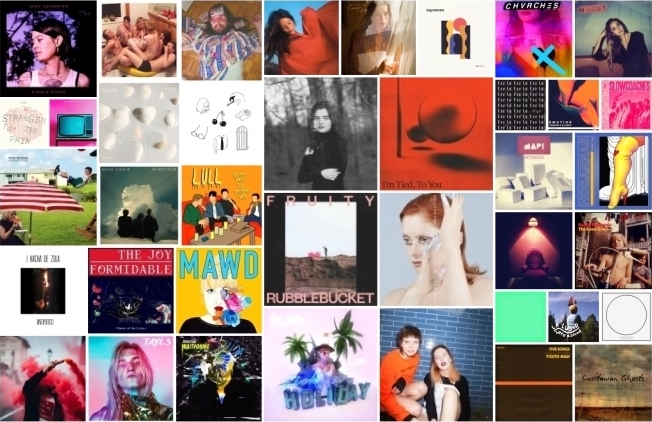