The Matinee ’20 December 14 is the last one for 2020! While we can’t wait for the year to end, it’s also bitter sweet to say goodbye to an incredible year of music. These tracks encapsulate the outstanding music we’ve heard all year and signal why we are excited about what is to come in 2021. Follow us on SoundCloud and Spotify to hear out what we’ve been spinning plus find all the playlists we’ve shared over the months and years.

Back in the ’80s and ’90s (yes, some of us were kids during those decades), weekend afternoons were spent lazying around in a friend’s bedroom listening to music. We shares a single set of oversized headphones, as we popped in the next cassette into the Walkman or CD into the Discman. Music was not just entertainment; it was the bond that brought our closest friends and ourselves together. So gather your besties, share earphones or turn on the bluetooth speaker, and strengthen your bonds while spinning “I Don’t Recognise You” from NewDad.

Like the music of our angsty teenage years, the Irish newcomers have created a memorable number that echoes ’90s sadcore. The dreamy, reverb tones stir every emotion while front-woman Julie Dawson’s breezy vocals leave you gasping for a breath. What hits hardest, though, are Dawson’s words, as she addresses a friend’s sudden change in demeanor. While her friend denies anything is wrong, Dawson can see she is struggling. There is nothing that Dawson can do but to closely watch her friend and catch her when she falls.

It might be Monday, but that’s no excuse to feel alive. The start of the week should be the time where we’re all energized and ready to tackle what awaits us. It’s also a great day to get up and dance for a wee little time. This next track, too, is also the perfect antidote for the Monday blues, and it involves two of Italy’s most exciting your artists.

Find some space and stream some colorful lights while spinning “CTR”. First conceived in Milan, HÅN and Giungla – who individually have released , emotive songs, such as “Lens” and “Cold”, respectively – have crafted a dance-floor banger that should be played in the most exclusive nightclubs of Paris and Tokyo while being spun on every Friday Night playlist.

As the infectious beats pulse like the racing heartbeats of all the patrons breaking a sweat, a dark, suspenseful tone rises from the duo’s distant vocals. They share their anxieties about living alone and in isolation, of wanting to “feel relief” from the strain. As the song accelerates, the duo take off to escape their predicament. They take off to seek to leave the past behind and dive into the future, where new challenges await. The song, in other words, is the gateway to a future that we all hope will be the flip side of what 2020 was.

The single is out on Factory Flaws.

Whether you’re young or old, everyone has a favorite coming-of-age movie. Some of them focus on two people who are unaware they’re meant for one another, many are a hodgepodge of young adults who form unexpected bonds, and the special ones see the bonds between lifelong friends strengthen. The best ones, in our opinion, were made in the ’80s and the ’90s with films like The Breakfast Club and Empire Records. All these movies had one thing in common – great soundtracks! If David Caruso – not the famous actor but the singer-songwriter behind AMFM – was making much during those decades, he just might have found his songs on one those great compilations. There is still time for the man from New Jersey, especially if he continues to create songs like “Wednesday”.

Put on your the sunglasses, don the denim jacket, and imagine you are Ferris Bueller or David Wooderson (from Dazed and Confused). For five minutes, Caruso makes us imagine we are the movie star with his infectious piece of sublime guitar-pop. We are the ones that everyone is watching on the big screen, as we chase after our dreams. With the urgent, chiming guitars and the stuttering rhythms, this tune appears at the moment we have our epiphany. As Caruso repeats, “It’s the little things that keep me awake”, we realize that we’ve done everything wrong and need to change before it’s too late.

Hopefully Caruso’s luck changes in the new year, where he finds his happy ending.

With the winter solstice only a week away and the nights getting longer, this is the time to go out at night and look up to the sky. The brisk weather is the ideal time to look up and watch the flickering of distant stars. It’s the time to think about what is out there and whether there are worlds in our galaxy that have found peace and harmony between its peoples and nature. If there are, we can surely use their wisdom Until then, we must galvanize behind those who inspire us to be better, such as Greta Thunberg, the teenager who has mobilized generations of people. She has also inspired Irish singer-songwriter Joseph Kiernan, whose latest single, “Vertigo / Little Astronaut”, is dedicated to her and all young and older individuals who wish to positively change the world.

As you listen to this stunning piece of cinematic, dream folk, head outside and gaze up. Allow Kiernan’s stirring vocals consume your soul and his lyrics overtake your mind. Imagine not what exists out there, but what we can do to improve this world and prevent our own self-created apocalypse. As Kiernan intelligently writes:

This song is the message we must take into the oncoming new year and well beyond that.

Weird and wacky are two words to describe 2020, and these adjectives are not meant to be complimentary. In the musical world, though, weird and wacky are wonderful. David Byrne has carved out an incredibly brilliant career with his forward-looking, envelope-pushing art-rock. There’s a reason why his last tour, American Utopia, is being screened in theatres across the globe. The man is a genius. And maybe one day, a film will be made of DD DARILLO‘s concerts because the Welsh band are likewise thinking outside the box with their music.

The brainchild of Dylan Morgan, who also performs with popular indie band Boy Azooga, describe themselves as “Jethro Tull meets Pond meets Ratatat – ish”. That’s definitely one way to articulate the zaniness of “Time Will Tell”. Buzzing psychedelic flourishes filter across the track, creating the feeling that we are indeed falling through the rabbit hole. The jangly, off-kilter guitar riffs and the twitchy rhythms amplify the delirium, and we’re left feeling a bit of vertigo or even whiplash as a result of us wildly bopping our heads.

The sonic approach perfectly complements Morgan’s story of feeling out of place from one’s hometown, which no longer feels like home. “I wanted to stay, but I had to make a move” he exclaims, and off he races to the oncoming tornado in order to take him to the Land of Oz. Ok, maybe he’s in his car and taking the M25 from Cardiff to London to get away. Whatever mode of transport DD DARILLO take, their next destination is indie stardom.

There are love songs and then there are love songs by Riley Pearce. Whereas most singer-songwriters will use their songs to express their love, the Perth-based artist tells stories to explain how two people have met, express his undying gratitude and regret for not being able to do more (such as on the heart-throbbing “Electricity”), or say thank you. His music is forever endearing, as his soft, booming tenure grabs hold like Matt Berninger’s magnetic voice and his lyrics paint beautiful scenes in listeners’ minds. His newest single, “All My Love” perfectly encapsulates his artistry, talents, and uniqueness.

There isn’t much more to say about the song because it is that rare number that speaks for itself. All one needs to do is press play and get lost within the dreamy, blissful folk arrangement and Pearce’s sublime vocals and lyrics. Listen to it, however, with your partner, and let this tune be your expression of your undying love and commitment. For Pearce, that special someone is Amy, who has supported him for five years in his multiple projects. She has been his anchor through these unsteady times. And for us, Pearce is our rock as we bid adieu to 2020.

“All the madness in life that gets hit by the rain
Is calmed at her side
Heaven was only a word, a place out of reach
But I felt it in her”

Pearce’s new EP, Love and Other Stuff, is due March 19th, 2021 via Nettwerk Music Group. 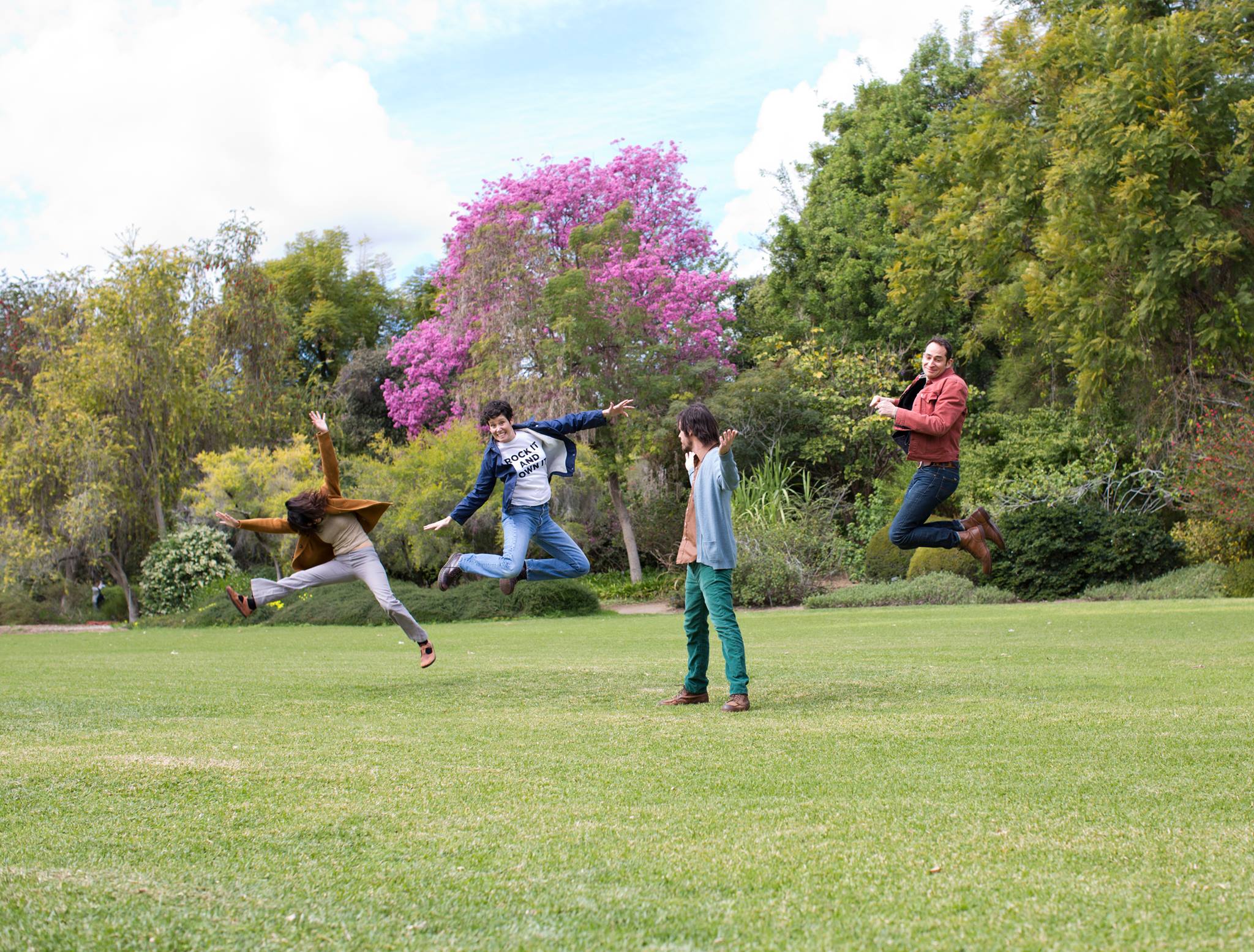 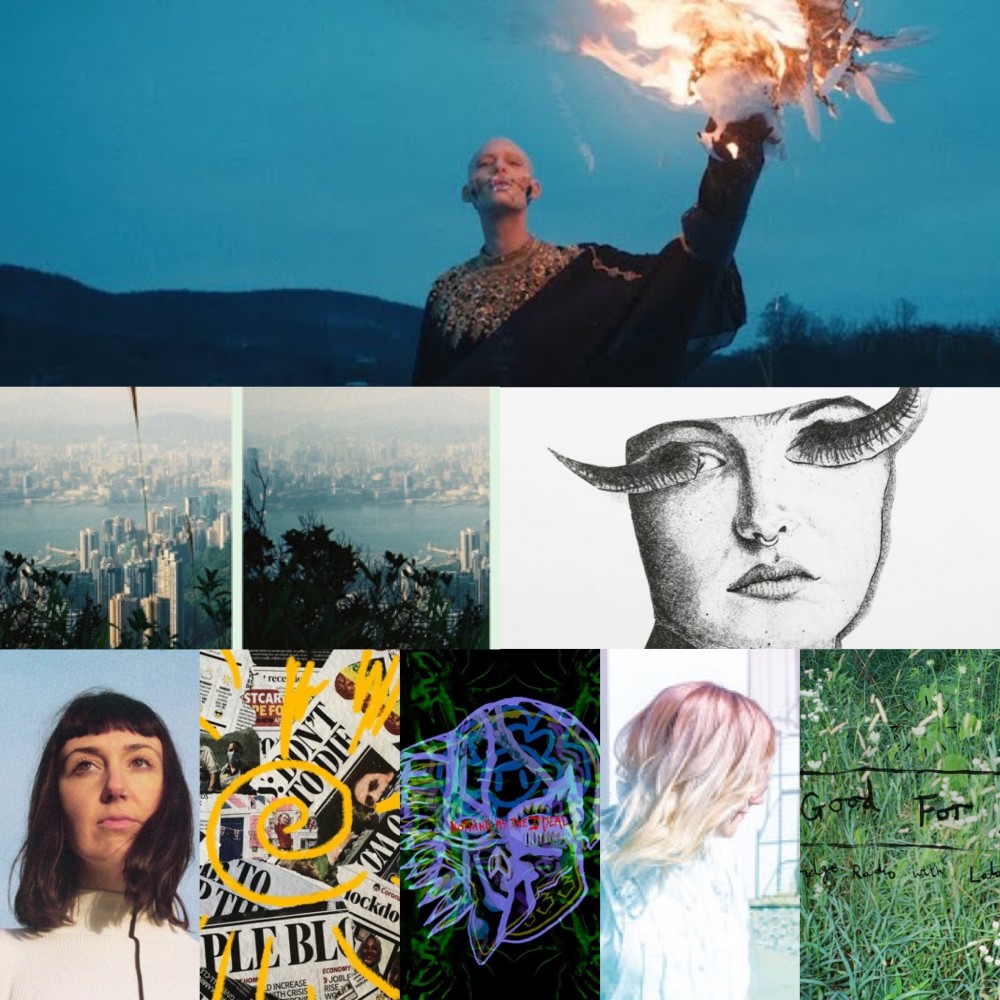