The Matinee ’21 v. 014 features six fantastic new songs. Each will take you to a different place, whether that is somewhere way in the distance or to a moment in the past. We kick things off with one of the most influential English bands of the past quarter-Century. 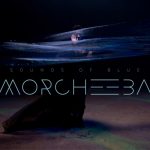 Is there a better way to start the day than with new music from one of the pre-eminent trip-hop bands on the planet? Not in our opinions, especially when their return is accompanied with news that a new album is coming this spring. The other day, UK legends Morcheeba announced that Blackest Blue will be released May 14th via Kartel Music Group. If the record’s lead single is any indication, Skye Edwards and Ross Godfrey’s tenth LP should be memorable.

Like everything Morcheeba has done in their 26-year history, “Sounds of Blue” is simply a gorgeous affair. Few bands can make you frequently gasp for breath while create the feeling of effortlessly floating on the surface of the most tranquil sea in the galaxy. It is pure escapism with Godfrey’s deft production touches and glistening guitar strikes and Edwards’ soothing, soulful voice. Her lyrics, too, indicate that liberation can only be truly achieved when we are at our most vulnerable.

With a song like this, we’ll easily succumb ourselves to the duo’s beauty, grace, and humanity. 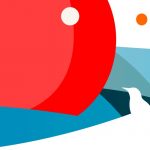 May 10, 2018 is a day many people in the music world will never forget. The world lost Scott Hutchison, the front-man of Frightened Rabbit, that day, and we’ve collectively mourned since. He was a unique soul, who know the right words to capture the fears, turmoil, and uncertainty that eats away at us each day. While Scott could not save himself, he saved us by making us realize our isolation was not our own and others, including himself, were haunted. Although he is no longer with us, his impact and presence remain all around us and in the music that we hear, including Bengal Lancers‘ new single, “Birds”.

Although Harry Sullivan, Charlie Hawkins, Max Hutchins, and Aidan Wickham have created music as energetic as Bombay Bicycle Club, they strip everything back and share a moving, emotional lament to Scott Hutchison. With its somber, dark tones, the track echoes Frightened Rabbit during The Midnight Organ Fight era. Sullivan’s voice even has a touch of Hutchison’s embattled tenor with the songwriting to match. Several lines are worth noting, but the ones that hit us the hardest are:

Rest in peace Scott. We all still remember. And thank you Bengal Lancers for honoring his legacy.

The song is available for purchase on Bandcamp and all proceeds will go to the Scott Hutchison-dedicated charity, Tiny Changes. 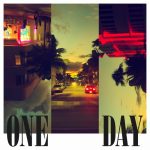 Let’s now take a moment to drift aimlessly into the sea of carefree bliss, where all our worries are washed away and all that is left behind are the smiles on our faces. Leave it to one of Sweden’s finest dream-pop bands to provide the feelgood vibes. Yes, it might be winter, but allow the warmth and sunshine in with ViVii‘s sun-drenched “One Day”.

Everything about this song is sublime. Beyond the breezy vibes, an understated genius resides in the track. While the soothing synths, tingling guitars, and lush harmonies are undoubtedly dreamy, the additions of a Peter Hook-esque bass line and a Bernard Sumner-like guitar strike at the start give the song a slight Joy Division vibe, creating a touch of unexpected mysterious and drama. But instead of the dank basements of Manchester, the setting is one of an endless white-sand beach with the sun slowly setting in the distance.

The mystery is heightened when over the horizon is the image of someone we have not seen in a long time. Someone who we have long wanted to embrace after months, if not years apart. This must be a fairy tale, but it is not. This is our reality, where we long to “feel the sun” again and be with those we love again. And “when it all falls down”, we will indeed be “ready to run”. That’s a happy thought to have today and everyday.

ViVii are Emil and Caroline Jonsson and Anders Eckeborn, and their new single is out now on Dumont Dumont. This band is ready to explode.

In the six years we’ve covered Parisian-born Marie Seyrat and her American spouse Bruce Driscoll’s project, Freedom Fry, they’ve mostly immersed us with clever Americana, folk-pop, and indie pop. However, like for so many people, 2021 represents a time to be something different and to extend one’s boundaries. The duo, though, go in an unexpected direction and it is dynamite.

Contact all your friends and your ultra-hip relatives, start a massive Zoom chat, and then have a virtual dance party with “Le Point Zéro”. The song rings of Paris of the late ’70s and early ’80s with its sensual, cinematic, disco vibes. The opening grooves are cool and intoxicating, and you cannot help but sway like reeds on a blustery summer day. Just as we settle into our movements, the duo drop an exotic transition, and momentarily we’re left in an exhilarating haze before the song returns to its shimmering vibrancy. Further enchanting us is Seyrat’s sugary voice, which delivers a story of starting over and rediscovering oneself. Rediscovering what freedom truly is like. If you’re still searching for this experience, all you need to do is spin this disco dazzler.

The song is from Freedom Fry’s upcoming, all French-language project. We cannot wait to hear how much of the album is inspired by Seyrat’s upbringing in France. 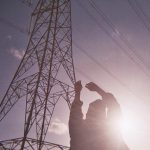 Jake Whiskin has been playing guitar since he was twelve. You can tell that long-term love with music has had an impact on his songwriting. Citing Neil Young and Tom Petty as influences, Whiskin released a great, four-track EP All of the Damage Done in 2020. It’s a wonderfully produced record full of sad singer-songwriter folk perfection.

This year, Whiskin returns with another great single, “Slow Motion”, which is a big step from his first EP. Lyrically it’s more confessional, more personal, it feels relatable, and hefty. Musically, Whiskin adds a lot to his sound, accompanied by a full band. “Slow Motion” is a slow builder of a rocker, complete with a guitar solo that sends it into some otherworldly goodness. The song is reminiscent of some of the best singer-songwriters out there right now, from its high highs to its moments of bleak honesty. It feels like just a matter of time before we’re calling him a “breakout artist”.

The single is out on Dance To The Radio. 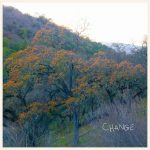 We associate the Maija Sjowgren-led project, Sjowgren, with upbeat, guitar-pop fare, where we can turn to her music for a pick-me-up. This is not to say that the Bay-area artist is one-dimensional. On the contrary, her brand of guitar-pop can be exhilarating and rambunctious to dreamy and alluring. It’s not often, however, do we hear her go very minimalist and quaint, as she does on “Change”.

At a very brief 90 seconds, this delicate and beautiful track is made for a quiet night at home or idly sitting on the veranda and watching the world go by. In such moments, we ponder our lives, the lives of our neighbors, and what tomorrow may bring. For many of us, we have plenty of time to reflect. Some do so anxiously, where their patience gets tested. As Sjowgren tells us as she softly and deftly plucks her acoustic guitar and a xylophone chimes in the background, “Just sit this one out to the side / Sit this one out and sit tight”. After all, we do have the benefit of time, and slowly the world is starting to become normal again.

Check Sjowgren’s music on Bandcamp and understand why we think she and her bandmates are one of the most underrated indie bands on the planet.