From the humorous to the enlightening to the heart-pumping to the starkly beautiful, The Matinee ’21 v. 015 features seven awesome songs to start the weekend. They offer both the perfect getaway from the week that was and the ideal gateway for the days that await. 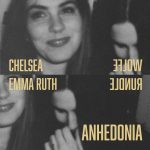 In 2019, the great Chelsea Wolfe unveiled a new version of her dark, Gothic music. Her fierce, foreboding, and devouring music was set aside for a more intimate, acoustic-folk approach. While the soundscapes were less thunderous, the songs on Birth of Violence still possessed dark and harrowing quality. The album was still Chelsea Wolfe but adorned in a different fabric, and it was superb.

An international tour was planned to promote the album, and Wolfe’s close friend Emma Ruth Rundle, another one of our favorites, was to accompany her. Obviously with a ranging pandemic, those plans were postponed and dates were rescheduled for later this year (fingers crossed). The two extraordinary singer-songwriters, though, have not been idle, as evidenced by the release of “Anhedonia”.

Surprisingly, this is the first collaboration between the two labelmates, and it is everything we imagined and more. It’s bleak yet beautiful, stark in its tone yet spiritually uplifting in its soul. Through the cover of darkness first rises Wolfe’s voice, which is more stunning than we remember. Immediately, she sucks us into her world, where she feels no pleasure nor happiness. Her world is a place where light cannot penetrate, which she reveals when she sings, “I know it all comes back times three / that human, that demon, showed me”. Rundle’s sharp voice then takes the lead, and she further describes their imprisonment.

Although the duo reveal their suffering, fans like us are celebrating this union and the wonderful artistry.

The single is out on Sargent House, and it’s also available on Bandcamp. 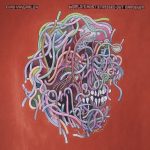 We’ve stated before that we would love to live inside Chad VanGaalen‘s mind just for a day. We want to understand how his mind works and from where his ideas come. Does he sit around the kitchen table with his kids and concoct stories together? Maybe they’re drawing and painting? Or do his best ideas come when he’s in the shower or shoveling the driveway? Few artists can match VanGaalen’s creativity. After all, on the wonderfully entertaining  Light Information , he wrote about an alien being lost in space only to find himself observing the bizarre ineptitude of human on Earth. He also turned Salvador Dali-like surrealism into grand, disturbing, yet humorous stories on Shrink Dust. Trying to capture his genius and wittiness is impossible. All we can do is appreciate his talent and just marvel how he comes up with stories like “Samurai Sword”.

With a melody that could have come from a child-geared series, the song is immensely fun and funny. It’s jittery arrangement, complete with utensils tapping on some copper pipes, is head-swaying delightful. Exactly what the song means is beyond our comprehension, but the image that a samurai would lend his cherished weapon to an absent-minded colleague is truly laughable. And we mean this as a compliment because we sure could use a good chuckle every now and again. The entire track is filled with lyrical nuggets, such as:

“Has anybody seen a samurai sword?
I think I left it leaning on the outhouse door
It has a blade that has been tempered by the blood of the Gods
And a tiny little sticker of a dog”

Awesome. There’s no other reaction to this amusing little number.

The track is taken from VanGaalen’s forthcoming new album, World’s Most Stressed Out Gardener. It releases March 19th via Flemish Eye (Canada) and Sub Pop (world). Pre-orders and pre-saves are available here or go directly to Bandcamp. And do click on the Bandcamp link and read the liner notes at the bottom. 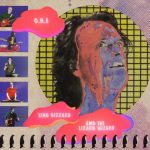 Although the septet affectionately known as The Gizz have been experimenting for the past year or so, including with more subdue fare as revealed on last year’s Teenage Gizzard, the Melbourne psych-rockers are at their best when they ramp up the volume. We’re not suggesting they dial things way up and go ballistic, like on Nonagon Infinity, which for the record is one of the great albums of the century, but we do prefer the hazy, zany, trippy experience. As if they heard us from afar, Stu Mackenzie, Joe Walker, Eric Moore, Ambrose Kenny-Smith, Lucas Skinner, Cook Craig, and Michael Cavanagh give us exactly what we wanted on this last weekend of January.

Forget the weed or the shisha pipe, “O.N.E.” is all you need to take a mental timeout or just to get lost in your own imaginative wonderland. The song is early ’70s psychedelic rock revitalized, complete with sitar, swirling guitars, and mind-numbing rhythms. It is what we imagined Ravi Shankar would sound like today if he was still around to share his hypnotic yet groovy music. King Gizzard & The Lizard Wizard, though, are not just awesome musicians. Front-man and principal songwriter Mackenzie is also a master storyteller. On this track, he describes a post-apocalyptic world, where humanity has destroyed itself. We devoured the planet of its resources and now all that is exists is complete desolation. “One night everywhere turned to nowhere”, Mackenzie and mates sing, which is such an apt phrase for these times.

Welcome back The Gizz, who promise more music is coming this year. It’s a new year, so surely there will be an album or two or three and maybe five.

The track is out on the band’s own Flightless Records. 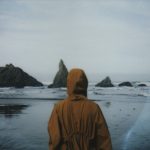 In August, Danielle Johnson “evolved” past her former alias, Computer Magic, and into Danz CM. The change represented a shift in sound, one that over time, from the simple bedroom electronic music into something much bigger. Not long after the name-change, Johnson released the infectiously retro-futuristic “Idea of You”, which would be the first single from her upcoming record, The Absurdity of Human Existence. This week, Danz CM shares a second taste of the upcoming record with “Domino”.

“Domino” has a darker edge to it than most of Johnson’s past music. Johnson’s voice is powerful, each line full of emotion. Lyrically, the song is relatable from its opening lines. Johnson sings of a toxic relationship, one where she gives all, and the other takes and leaves.  “Domino’s” musical foundation is built on drum machine and huge cathedral-esque synths. Johnson harmonizes with herself as the track builds into a big moment, where two vocal parts intertwine over those organ synths. As most things Danielle Johnson, it’s still danceable, albeit a little slow, but sometimes a good cry and dance is needed.

Johnson’s new album, The Absurdity of Human Existence, is out March 12th on her own Channel 9 Records. Pre-order and pre-save links are available here. 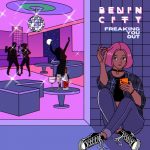 It’s Friday, and many people are likely itching to paint the town red and visiting our favorite watering hole or dance club. If you live in a part of the world where this is possible, you’re among the few lucky ones. For most of the world, though, your kitchen and living room will have to act as the place where you drown your sorrows or dance away the weekday gloom. Whether you’re still on a stool or revving to dance, London trio Benin City offer the perfect tune to forget the week that was with “Freaking You Out”.

Like a tune spun for a late-’80s, early-’90s school dance, this dance-pop tune is not only brilliantly nostalgic but it is an ear-worm you will want to spin all day and night. The beats and synths are trippy yet groovy, and all that is missing from our current setup is a glistening disco ball.

Although the sonic fireworks encourage us to dance like there’s no tomorrow, the song is more than just a feelgood number. The band encourage us to know our limits and take care of ourselves even if that means turning off the music or leaving the party early. A party can happen at anytime, but one’s mental health is way more important. This message is the one takeaway that everyone should take from this tune. The second is that Joshua Idehen, Tom Leaper, and Shanaz Dorsett are a fantastic band whose hearts are bigger than their sound. 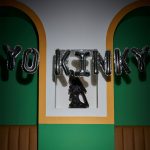 Back in November, a new duo arrived on the music scene and reminded us of a young and hungry Metric. YO KINKY is the band, and it is a name easy to remember and one that people should permanently etch into their minds because Laura Wight and Tom Unis are going places. It won’t be long before Brooklyn Vegan calls them their “new favorite band”. What is going to help them succeed is that they’re willing to do two things most young bands do not: offer something different with their next song and craft a great tale. They did this with the engaging, infectious, and smart “Someone I Used To Know” and now they go cinematic with “Resistance”.

Specifically, the band head to the desert and unleash a mind-bending, tantalizing trip. It is one part desert-psychedelia, a healthy dash of shoegaze, and completely eye-opening. The track could be the anthem for a lonely wanderer seeking to escape either a person or the oncoming apocalypse. Instead, Wight cleverly tells the tale of an ordinary person trying to stay sane within the daily chaos. Whether it is love, hope, or seeing a friendly face, our heroine seeks solace in the known to stay grounded within the unknown. Wight’s tale sounds like the storyline to a future episode of The Twilight Zone, which come to think about we’ve been living in for a few years now.

The duo’s self-titled debut EP is expected in 2021. It should be a grand spectacle. 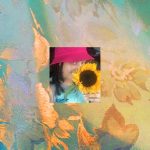 Felicia Douglass continues to be one of the hardest working singers, songwriters, and musicians in Brooklyn. She’s a member of Dirty Projectors, Ava Luna, and Gemma, as well as creating her own solo work under her own name, among contributing to countless other projects. Her voice is as versatile as it is powerful, which explains why so many bands turn to her to realize the potential of their songs. Everything she’s worked on, she’s brought undeniable amounts of energy and soul to each contribution.

For 2021, Douglass is working on her first full-length record. As part of Bandcamp Fridays, Douglass released a single, “Continuation”.  “Continuation” is definitively Douglass. Her voice booms over synth, a great bass line, and a great drum beat. The track builds, with  pianos, and Douglass’ reaching new heights, complemented by lush harmonies. It’s a great track with a laid back vibe, and it really showcases all of Douglass’ strengths in a way that her collaborations sometimes hide. 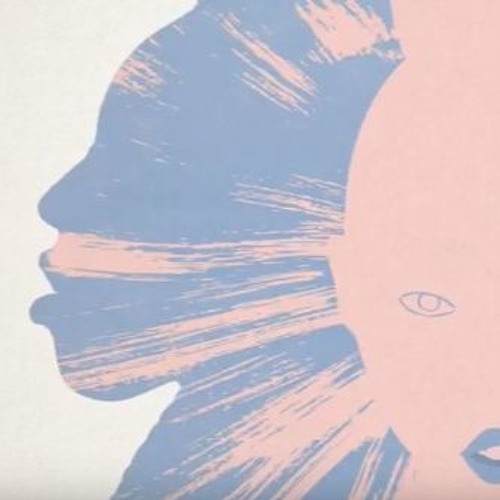