From truly moving and poignant numbers to euphoric tunes brimming with youthful exuberance, the five songs on The Matinee ’21 v. 019 will leave an everlasting mark on your mind and soul. We commence with one of the most powerful songs written in the past decade. 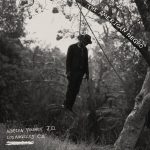 February is Black History Month, and the 2021 edition takes on added meaning given the events of the past nine months. This year, we’re not only celebrating Black culture and all its beauty, but also confronting our own biases while challenging the institutions that contribute to the persistent racial inequality. The only way for us to progress is to admit that we have been part of the problem but can also be part of the solution. While we at The Revue cannot directly empathize with the injustices faced by Black people across the globe, we can do our part to raise awareness and share songs like the great Adrian Younge‘s new single, “The American Negro”.

Part jazz, part psych-rock, part trip-hop, and part spoken-word, the track is powerful, mesmerizing, and brilliant. “The American Negro” is not just a song, but it is an essay on the ills of American society and how African-Americans have been told for far too long that they and their culture are inferior. But now, Younge seeks to reclaim his culture’s, his generation’s, and all generation’s place in America, and we all should listen intently. Not once, not twice, but often. And not just today, tomorrow, or the month of February, but every day of our existence.

Younge’s new album, The American Negro, is out February 26th on Younge’s own Jazz Is Dead label. Pre-orders are available here or go directly to Bandcamp. 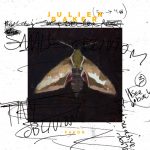 This statement is worth repeating: Julien Baker is one of this generation’s finest songwriters. Heck, she’s one of the great songwriters in modern music history. To this end, it’s criminal that she has not received more widespread acclaim and recognition. Her day will come, and maybe her third record, Little Oblivions, is what leads her to garnering Grammy nominations and Rolling Stone covers. The songs released to date – the widescreen and emotional “Faith Healer” and the burning  “Hardline” – indicate that the album will be extraordinary. For the LP’s third single, “Favor”, she calls on her close friends and Boygenius collaborators, Phoebe Bridgers and Lucy Dacus, for support, and the outcome is a masterpiece.

The song is in a word stunning. Its beautifully tranquil opening draws listeners in and suspends them in a state of awe and wonder. Baker’s soft voice soon arrives, and she tells a story of a long and continuous journey of self-discovery, healing, and lost friendships. The track mimics her roller-coaster experience, as the arrangements move from tender to soul-crushing cinematic. Her words, though, pack the biggest punch:

Pre-orders and pre-saves for Little Oblivions can be found here. The album will be released February 26th on Matador Records.

The 2020 music scene belonged to Phoebe Bridgers, the ubiquitous talent whose melancholy songs garnered multiple Grammy nominations and global praise. Her skills as an indie musician – both solo and with supergroups boygenius and Better Oblivion Community Center – now extend beyond the stage, as she is the CEO of her own record label, Saddest Factory. Bridgers may soon add “hitmaker” to her CV since her label’s first signee is an impressive indie artist everyone should know.

Claud makes music that sends listeners into a state of hypnotic bliss. This is indie pop at its purest, most carefree best. These grooves are the sunlight you crave on a dreary winter day and the escape you need from the outside world. Fireworks displays have nothing on this tune: the richly textured riffs draw you in, dazzle you, and keep you enthralled for nearly three perfect minutes before vanishing. It’s no wonder Phoebe Bridgers signed Claud before any other label could. It’s obvious their career is the one to watch in 2021. Get to know them now, because their new album, Super Monster, arrives February 12th on Saddest Factory Records. Pre-orders and pre-saves are available here.

This year marks the 30th anniversary of when grunge would forever change the music landscape. The genre first emerged in the mid- to late-’80s in and around Seattle, but it wouldn’t take over radio stations until 1991. That year, Soundgarden, Pearl Jam, Nirvana, and Alice in Chains released generational albums via major labels, and for the next five years rock ruled. This period of time also represented the last great music revolution (and evolution). For most people, though, they are not old enough to have experienced this remarkable era nor even have had the chance to hear nor see Chris Cornell, Eddie Vedder, Kurt Cobain, and Layne Staley at their peaks. Yet this next tune comes from a 17-year old who rages like the great alternative-rock front-men and -women of the ’90s.

Her name is Jordan Radnoti, who simply prefers to be known as Jordi. While most aspiring musicians her age want to be the next Taylor Swift, Katy Perry, Harry Stiles, Drake, Kendrick Lamar, or Dua Lipa, Radnoti grew up listening to the aforementioned alternative bands. Their influence can be heard on “Escape Route”, which is her debut single.

The song roars with the ferocity and energy of a Garbage, and Radnoti also sounds like a young, assertive Shirley Manson. Her voice pierces at times, but never loses control. This is critical to her tale of finding her own way in this chaotic world. Strangers glance at her with ogling eyes while her friends abandon her because she’s going against the grain. She refuses to be what others want her to be, and instead she opts to forge her own trail. This sounds familiar, doesn’t it? Those who grew up during the ’90s know exactly what Radnoti is going through, and her independence has resulted in her signing with the great Dangerbird Records. How many 17-year olds can say they have a record deal? Keep on rocking young lady!

By the way, Radnoti is a one-person band. Yep, she played all the instruments.

We don’t know much about Artemis Aether, but what we can gather is that they may be a duo (or maybe a full band) from the great city of Melbourne, Australia, but they have a pretty sizeable following. But in this day and age of lockdowns and social distancing, the music is what matters, and the isolation gives us more time to focus on the substance and become consumed in the art. A great introduction to AA’s music is “Brittle Bones”.

Turn off the lights or close the curtains because a dark or dimly-lit space is required to listen to this stunning number. In this atmosphere, one can truly be devoured by the haunting yet quietly euphoric tones of the delicate piano, the finger-plucked guitar, and the low-humming synths. Here in this room, one can focus on the Matt Berninger-like baritone and the gravity of the situation told in the track. The situation is one of hurt and pain, of loss, and forgiveness, and of faint hope and togetherness.

This stirring track is taken from the band’s new album, Leaver. It is available now on Bandcamp.