The Matinee ’21 v. 023 has a flair for the cinema, as each of the six songs either sound like or could be the start of a screenplay to an Oscar-winning film.

It’s nearly impossible to know what’s next for Zella Day. With a discography that ranges from quirky covers, including a funky “Crazy Train”, to huge, cathartic, original pop-tunes, Zella Day always keeps us on our toes. She also is known to borrow titles from other tracks – anyone expecting a gnarly Jimi Hendrix cover spinning “Purple Haze” will be pleasantly surprised by a silky smooth pop track. Last week, she shared a track called “Holocene”, a familiar name, but one that was co-written by Day and Weyes Blood’s Natalie Mering. The two worked together, along with Lana Del Rey, covering Joni Mitchell’s “For Free”, leading up to the collaboration on “Holocene”.

“Holocene” is a stunner of a track right from its opening moments, easing the listener in with its ethereal qualities. Day and Mering’s lush harmonies add even more to the beauty of the track. At times the fullness of the harmonies is more reminiscent to strings than vocal tracks. A stumbling drumbeat and bass guides the track into its chorus. The lyrics are heavy at times, repeating “time forgets no one”, with Mering’s and Day’s voices weaving in and out of each other. When they’re not heavy, there’s plenty of observational wit to find shelter in.

“I’m mad at the weather
It’s wrong for the time of year
The start of September
So what does your gender reveal?”

The single is out on Concord Records. 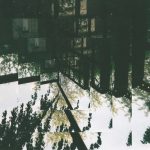 There are few tunes that cause us to hide sheepishly under the covers because its darkness mimics the harrowing gloom of the most suspenseful movies set on the big screen. We’re not talking horror films, but the psychological thrillers that stir vivid images in our minds. You never see the catastrophic event happening, but you’re told in detail what has occurred. Despite the mental fear, we continue to go back for more because exhilaration can be found in the frightening. This is the case with a song that we had a hard time categorizing, which explains its brilliance.

Gary, Indiana are not from the US, but they instead call Manchester, England home. The hometown of Scott Fair, Valentine Caulfield, and Liam Stewart is heard in “Alien 3”. More specifically, the track channels the city’s gritty, edgy, industrial past (think late ’60s and mid-’70s), and it is awesome. With the stunning broodiness of Chelsea Wolfe and the heavy, industrial vibes of HEALTH at their starkest, the song’s darkwave/post-punk aesthetics crawl under your skin and each note attaches itself to a part of your body. It’s like the Facehugger from the Alien franchise. But instead of trying to rip the organism from your head before it lays its egg, we welcome it. We welcome the searing guitar, the hammering drums, and whirling synths and hope they embrace. We welcome Caulfield’s ghostly voice and hope it devours our soul. This is the only way to experience a piece of brilliant cinema – with open arms and an open mind.

The single is out on Fire Talk Records. Pick it up the single on Bandcamp. This band is going places if they continue this trajectory.

The City of Brotherly Love has no shortage of outstanding bands and artists. The War On Drugs, Kurt Vile, Hop Along, Japanese Breakfast, Waxahatchee, and Swearin’ to name a few. Often overlooked are Remember Sports (f.k.a. Sports), who for seven years have been creating some of the most anthemic indie-rock and punk-rock on the planet. And like their musical compatriots, Carmen Perry (vocals/guitar), Catherine Dwyer (bass), Jack Washburn (guitar), and Connor Perry (drums) intelligently rock, roll, and rage. That is, they not only pummel minds with sonic bombs but also with explosive lyrics, where they can be political or turn a common theme on its head. With “Pinky Ring”, the quartet turn a broken heart into a tour-de-force rocker

The song roars with the energy of the great grunge bands and artists of the ’90s. Like Juliana Hatfield, Veruca Salt, and Hole, there’s no moment to collect your breath. Instead, the band’s intent is to use every one of the track’s 198 seconds to rip off our faces, which is also what Perry attempts to do with the track’s target. Although the rhythms pound hard and the guitars rip with one explosive riff after another, nothing matches the intensity of Perry’s words. She is disgusted but longs to be reconnected with someone who has done her wrong. Can she forgive and forget or will she forever hold this disdain in her heart?

“And I couldn’t wait ’til you went home
It’s not that I hate you, just wanted to be alone
But every time you leave I rip holes in my skin
I’ll distract myself by a gold chain and a pinky ring
Wasn’t I good to you?
Wasn’t I sweet to you?”

If you asked us, we hope Remember Sports won’t turn sweet. We love their rocking, alternative style.

The quartet’s new album, Like a Stone, is out April 23rd via Father/Daughter Records and Big Scary Monsters. Pre-orders are available here and directly on Bandcamp. 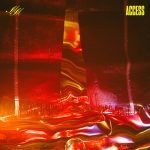 We first discovered indie newcomers Major Murphy in 2018 when they wowed us with the breezy dream-pop single “One Day” from their debut album, No. 1. Now, nearly three years to the day, the Michigan band returns with a bolder sound that is equally impressive.

“In the Meantime” starts with tight hooks that take you back to the ‘90s when college radio was dominated by The Pixies and The Breeders. Even the lyrics and title are a subtle nod to that era:

This band has everything it takes to go the distance and reach superstar status. Their musical chops are undeniable: cohesive, focused, and executed with perfection. If you missed out on their debut, now is the time to fall in love with Major Murphy. Their upcoming album, ACCESS, arrives April 2nd via Winspear with pre-orders here and Bandcamp.

It’s pretty chilly outside, at least for most of those who live in the North Hemisphere. While the wind blows and the snow falls, one way to turn up the temperature is with a song that reminds you of late spring nights. To find that song, we head to Lisbon, which isn’t exactly an indie music mecca. Well, not yet anyway, but it could soon be thanks to Guilherme Machado Correia and his project Hause Plants.

A newcomer to the global indie scene, the young artist looks across the pond for inspiration and delivers a delicious slice of jangly shoegaze in “Visual Diaries”. Echoing DIIV in their infancy or even a very young Cocteau Twins, Correia’s interpretation simultaneously roars and rages yet soothes and intoxicates, just like the legends. This track, however, is made for a long car drive with no destination, where you can lose your thoughts within the chiming guitars and urgent rhythms. In addition, you can lose yourself within Correia’s words, as he recites a friend’s struggles with connecting with people and herself. While Correia watches her fade away, he tells her that he is there for her. And this song is here for us, reminding us that better, warmer days lie ahead.

“Stuck inside
For so long
Will you know my name?

How’s your touch?
Feeling empty
Do you feel the same?

Mesmerized
By these four walls
I’ve been here for days”

The track is from Hause Plants’ debut EP, Film For Color Photos, which is out in May via BIRTHDIY. In the meantime, get this song on Bandcamp.

After releasing  “R U 4 Me?” and “Questions”, Middle Kids‘ third studio album, Today We’re the Greatest, is shaping into a very introspective and personal record. In the past, the trio tended to create anthemic songs that galvanized people around a cause or event. But with these first two songs and now the third single, “Cellophane (Brain)”, Hannah Joy (vocals, guitar, piano), Tim Fitz (bass, production), and Harry Day (drums) are razing the walls and allowing fans to enter their obit.

“Cellophane (Brain)” sees the Sydney band at their most vulnerable and open. The song’s melancholic and melodic opener is the band opening the doors for us to enter and peer into their world. As the track progresses, the music slightly starts to growl and distortion fills the air. The wavering approach reflects the uncertainty in Joy’s words and mind, as she contemplates who she has become since her more innocent, rocking days.

“Cellophane, you shake you never change
Cellophane, you’re strange up in your brain
Are you afraid to stop a reason why
I can’t get away from it”

Middle Kids’ story continues on March 19th, when Today We’re The Greatest is released on Domino Recording Co. Pre-orders and pre-saves for the record are available here.