It’s Friday, so we’ve opted to share a full house on The Matinee ’21 v. 028 edition. Soaring, anthemic rockers; dark, soul-searching numbers; and trippy, melodic affairs are featured today. The mini-playlist basically is a microcosm of the week that was around the world. 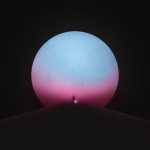 This has been a great week for Manchester Orchestra fans. First came the streaming of their live Black Mile to the Surface concert. Then a string of cryptic social media posts confirmed what fans hoped: a new album is on the way. Yesterday, the Atlanta-based indie rock quartet shared news of their sixth LP, The Million Masks of God, along with its fierce lead single.

“Bed Head” packs a walloping punch, delivering plenty of deep, guitar-driven sound to announce their return. The bold opening chords usher in this new era. Their long hiatus – it’s been a long three-plus years since their last album – gave them time to refresh and reflect on life. The result is a pensive tour de force that gives listeners much to ponder after the song ends. Themes of loss and love and uncertainty are common in music, but lead vocalist and principal songwriter Andy Hull brings new urgency to the topics. The line “Finally, reality’s taking hold” becomes a wake-up call that will resonate with anyone who has struggled with accepting an unwanted outcome:

“I think I know who I’m living for now
I am what I am, same above as the ground
It’s not what I want, but I’m figuring it out”

A song this powerful is definitely what fans want. Welcome back, Manchester Orchestra!

The Million Masks of God is due April 30th via Loma Vista Recordings. Pre-orders are available here and directly from Bandcamp.

We’ve long said the music of IAN SWEET defies all types of classification. Jillian Medford’s music is dynamic, from roaring, shrieking heights, to introspective, quiet moments, and everywhere in between. From the singles she’s already shared from her upcoming record, Show Me How You Disappear, she’s taken that formula even further than ever, from the tension built on “Dumb Driver”, to the strange vibe on “Sword”, to the dreamy qualities of “Drink The Lake“.

IAN SWEET’s latest single, however, shows yet another side of their music. “Sing Till I Cry” channels more of a modern indie-rock style than anything Medford has released so far. Lyrically, Medford says “Sing Till I Cry” “encapsulates the aftermath of trauma and how your innocence feels like it’s been taken away from you.”  The music fits that feeling in a big way. A huge opening gives way to just Medford’s voice and guitar. The track builds back up with synth, and drums before a cathartic release into the chorus. It then dips into an ethereal bridge before it explodes back into a roar. But it’s not the roar we’ve heard on those early IAN SWEET records, it’s these massive guitar sounds, and Medford’s voice intertwined with itself in a way that is undeniable by the guitar underneath.

Medford’s new album, Show Me How You Disappear, is out March 5th via Polyvinyl Recording Co. Pre-orders are available here or go directly to Bandcamp. 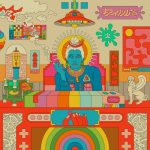 As Old Man Winter extends his hand further into unlikely territories and an unforgivable cold grips much of the Northern Hemisphere, life takes on new meaning. This recent cold snap has made us realize how fortunate we are to have things to shelter us from the elements, but now we are left to fend for ourselves. We have been left naked and exposed to the howling winds, the frigid temperatures, and the endless inclement weather. This similar sense of vulnerability is echoed in Night Beats‘ new single, “New Day”.

This piece of suspenseful and brooding psychedelic-rock is, in a word, awesome. A desert-like eeriness emerges as the reverb-drenched guitar and slow trembles of the rhythms fill the air. Danny Lee Blackwell’s voice cuts through this dense, sonic fog, and it is doused in panic-stricken reflection. He’s stuck, as Blackwell shares in the liner notes, in purgatory. But instead of being surrounded by others in no man’s land, he only sees images of himself. This world is his eternal prison:

Night Beats’ new album, Outlaw R&B, is out May 7th on Fuzz Club Records. Pre-orders and pre-saves are available here and directly on Bandcamp.

And further sending us deeper into despair and gloom is a song from a “new-ish” artist, whose Gothic darkwave approach channels the brooding brilliance of Marriages, Chelsea Wolfe, and Zola Jesus. Soon Nicole Marxen will achieve the same cult status, especially if she continues to deliver transcendent numbers like “Bones / Dust”.

With its heavy synths and searing beats coupled with Marxen’s breathy, desperate vocal, the song feels like the world teetering on the edge of self-implosion. This place is dark and grimy, and everywhere we turn parts of the Earth explode around us. There is no escape from the impending doom. Yet despite the destruction and turmoil, there is beauty and awe, which is where this track reaches as it ascends to its cathartic climax. The emotional roller coaster extends to Marxen’s story of personal loss, specifically the passing of her mother. “Bones / Dust” is Marxen grieving and being in a state of paralysis. Her own world has collapsed and become empty, but she endures with the thought that one day she will see her mother once again.

“One of these nights you will make me scream
I want to feel the chill creeping down my spine
Show me a sign, scare me out of my mind
I want to feel it all”

We may as well say it, this song has the making of being a cult classic.

The single is taken from Marxen’s forthcoming, debut EP, Tether, which is out February 26th. Pre-order it on Bandcamp. 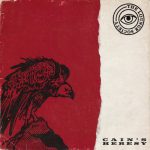 When we first heard The Lounge Society after they released “Burn the Heather”, we knew we were listening to the UK’s next great rock band. We were not solely suggesting they would be chart-toppers, but rather future Glastonbury headliners. The potential of Cameron Davey (vocals, bass), Herbie May (guitar), Hani Paskin-Hussain (guitar), and Archie Dewis (drums) is limitless because they combine an anthemic style with insightful, intelligent, and timely lyricism. These four blokes are not solely musicians; they’re immensely talented artists. They further demonstrate this point in spades with “Cain’s Heresy”.

We have to say this first – the band’s first three songs put The Lounge Society in line to fill the enormous gap left by The Verve, who broke up for the final time in 2009. Like the iconic Wigan band, the four young Yorkies span numerous genres to create a cathartic rocker. Post-punk intensity intertwines with the searing chaos of psych-rock and the infectious aesthetics of ’90s Brit pop-rock. For 223 seconds, the quartet take listeners on a clever journey that uses the rivalry of Cain and Abel as an analogy for how the world is tearing itself apart. More specifically, the band illustrate how the masses have become pawns to the desires of a few, buying into all the latest trends and worshiping the meandering nonsense espoused by celebrities, influencers, and politicians. But who cares if the world is plummeting into despair as long as we look cool?

The Lounge Society’s debut EP, Silk For The Starving, will be released June 18th via Speedy Wunderground. Pre-orders and pre-saves are available here. This band is going to very, very high places. 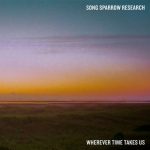 Another longtime favorite who have returned with a vengeance is Song Sparrow Research. The indie band originally formed in Seattle nearly 15 years ago, gaining a loyal fanbase yet never quite receiving the global acclaim they deserve. This should change with the release of their new album, Don’t Look Now, later this year. Its lead single showcases everything fans love about this band and more.

“Wherever Time Takes Us” charms with easygoing swagger and a dusty, psychedelic glow of organ, bass, and percussion. The song’s mellowness evokes Phosphorescent and My Morning Jacket in ways that will have you longing for cross-country road trips. These hypnotic riffs call you to embrace the unknown, to drive into the sunset toward a new chapter. Frontman Hamilton Boyce began writing this song several years ago, though its lyrics are especially timely in our current pandemic world:

This song is available on Bandcamp. The next album cannot arrive soon enough! If you are new to this group, have a listen to the tune that made us fans back in 2015.

For Sara Bug, the path to her first record has been a long and unique journey. Self-described as the “World’s finest southern-kitsch artist. Born in Mississippi, raised in Louisiana, stuck in Nashville”, you can tell she has a sense of humor and many stories to tell. While a move to Nashville sounds like an ideal one for an aspiring singer-songwriter, there were difficulties for Bug, at times, feeling overshadowed by others in the ‘Music City’. The move kicked off a seven year long process, refining her sound, and creating something uniquely hers.

On its surface, “Die With You” sounds like a love song, but one with a deeper and darker take. Starting with some lush strings leading into just Bug and guitar, stating “I want to be happy / I want to be with you my whole life through / I want to die with you.” Those lyrics give a sense that Bug is looking to be loved, to find a life-long meaning, whether it be from someone else, or herself, first. Musically, The song builds into something much bigger than those opening moments. Choruses full of gorgeous harmonies, reverb-heavy guitar, and occasional woodwind accents. In its final moments it reaches some incredible heights, an overwhelming wall of sound envelopes the listener, before abruptly stopping. It’s the opening track on her upcoming record, and it’s one hell of a way to kick off an album.

Sara Bug’s eponymous, debut album is out May 14th via Egghunt Records. Pre-order it on Bandcamp. 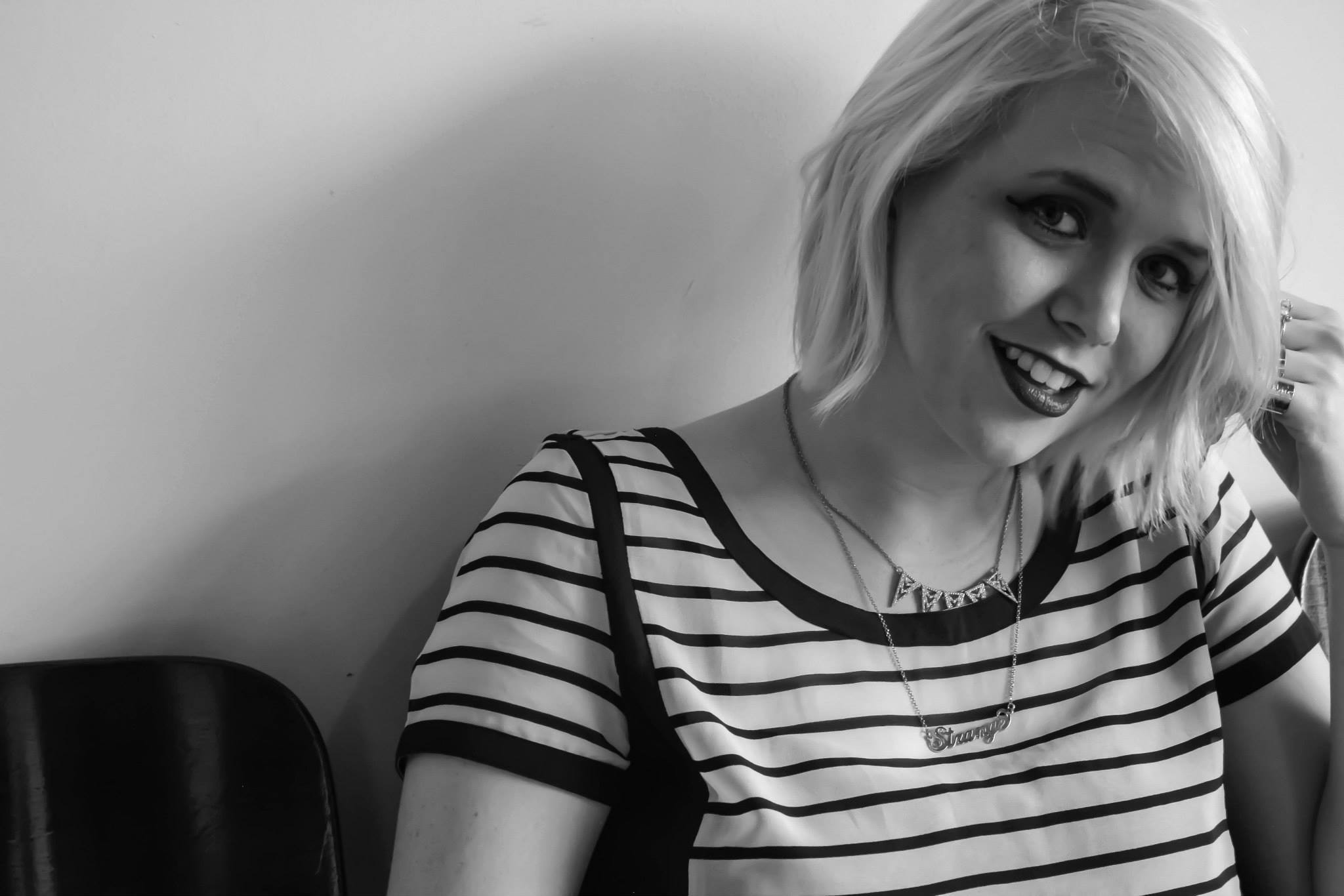