The Matinee ’21 v. 037 celebrates International Women’s Day with a playlist full of powerful voices. Some of these artists display their talents in a whisper while others roar. But every song reminds us to hear those voices and respect their message. Today we honor all women, beginning with a new release that is perfect for this occasion.

“Being a Woman” is no easy feat, but Lake Street Dive put a positive spin on the struggle with their new song. What better way to observe International Women’s Day than with this upbeat celebration of the most important people on the planet? To all the women whose powerful bodies make life and whose brilliant minds make magic, we salute you. As you sway to this tune’s sunny grooves, reflect on the realities of modern womanhood heard in these lyrics:

Lake Street Dive’s forthcoming eighth studio album, Obviously, is available for pre-order from these links and Bandcamp. It arrives March 12th via Nonesuch Records. And here’s something we’ve been waiting for: details about the band’s upcoming U.S. tour dates are on their website!

Five years ago this week, Melby officially arrived on the Swedish indie scene and turned heads with “Human”. We said then (and still say!) that the song was one of the most impressive debut singles we have ever heard.  The talent of Matilda Wiezell (lead vocals/synth), Are Engen Steinsholm (backup vocals, guitar), David Jehrlander (bass), and Teo Jernkvist (drums) is immeasurable. During a normal year, they would be headed to Texas where they would be one of the talked-about bands at the SXSW showcase in Austin. In the meantime, the quartet have used the global pandemic to record new material, having already released “Common Sense” and “Old Life” that showcased their versatility. Their latest tune is no different.

“Somewhere New” is a sublime piece of breezy and calming indie dream-pop. It glistens with the soothing charm of Alvvays with its psych-tinged melody that evokes the warmth of a summer day. Once the band relaxes us they send us spiraling during the song’s climax. A dizzying whirlwind of wondrous sound gradually fills the air to reflect Wiezell’s introspective lyrics about escaping to another place where “we can be immortal.” It’s pleasant to think we can once again live without concern about disease, illness, war, conflict, and strife. Until that day comes we can imagine the possibilities under Melby’s delicate guidance.

The single is out via Rama Lama Records and available on Bandcamp. Hopefully this signals a new album is coming.

With only two singles to her moniker, Maple Glider, Tori Zietsch has created quite an impact. Zietsch has been performing music since a teenager as part of an electronic duo, Seavera. Since then, however, Zietsch has been honing her solo sound. Zietsch began releasing her first songs as Maple Glider last September with the breathtaking “As Tradition” leading the way.

On her second single, Maple Glider wows yet again with the breakup track “Good Thing”. This emotionally driven and heart-wrenching tune captures the defeated feeling of investing time and energy into something that has failed. With her voice barely above a whisper at time, she comes to term with the loss before delivering cathartic release with these lines: “I’d rather kill a good thing / than wait for it to die.”  That crescendo transforms her quiet vocals and guitar into a massive wave of electric guitar, piano, and harmonies that soothes as it crashes around listeners. This song is more than merely a good thing; it’s a rewarding emotional trip worth repeating.

The single is out on Pieater (via Partisan Records) and available on Bandcamp.

Some songs are so beautiful they leave you awestruck. Their gorgeous quality is unforgettable, and all you want to do is continually listen without interruption. That level of escapism is what Manchester-based singer-songwriter Caoilfhionn (pronounced “Keelin”) Rose achieves on her new single, “Fireflies”.

This song requires your undivided attention, so find a quiet place to truly absorb its exquisite details. From the delicate guitar strums and feathery percussion, “Fireflies” grabs your attention from the start with its calming grace. Shortly thereafter Rose casts a spell with her ethereal vocals. She maintains the enchantment with every note, reminding us that despite the chaos around us, beauty still remains. We just need to take a moment to see it:

“How you choose to dream, free from your past
Time is always healing
Did you see the fireflies dancing until dawn?
Although there may be dark clouds but the sun will always come”

This stunning single is out on Gondwana Records, who will also release Rose’s sophomore album, Truly, on April 9th. Pre-orders and pre-saves are available here or directly on Bandcamp.

We first heard Girl As Wave back in 2016 when she shared “Polaroid” and wowed us with “Speed of Light”. Her EP, Poison Vines and Nectar, included “Another Life” and “Houdini”, but then like the famous magician she vanished. That was all we knew of her, which was not much. The NYC-based artist was a mystery and mysterious. After two years away she reappeared, sharing “Setting Sun” in January of 2021. But to truly mark her return, she’s unveiled a song that echoes New York City’s underground scene of the early ’80s, and it’s magical.

“Second Thoughts” is a slice of Gothic, darkwave brilliance from Marci Elizabeth (yes, she’s unveiled her name to mark her re-emergence). The bass-driven approach is hypnotic, as the deep pulses bury deep into your psyche and have you momentarily lose sense of where you are. Forget being in the office, in your car, or your bedroom – we’re in the dark underbelly of the Big Apple where a select group of individuals gathers to escape the concrete jungle of Wall Street and Canal Street. Some might say a cult has gather, but these are just young music savants seeking an escape. They are also here to answer the riddles in their minds, which, as Elizabeth says through her sultry vocals, revolves around a single question: “Am I a lost cause?”

The answer to this question and others – including who is Marci Elizabeth? – may be revealed when her new EP, All The Noises And The Echoes, arrives later this year. Joining Elizabeth on “Second Thoughts” is Jimmy Deer on bass, percussion, and production.

Danielle Johnson’s evolution was anticipated, and when it started last August it has happened pretty quickly. No longer referred to as Computer Magic, she’s reinvented (or re-branded?) herself as Danz CM. Obviously, some stellar tunes, including the dark hypnotism of “Domino” and “Something More”, accompanied the name change.

With “I Don’t Need a Hero”, Danz CM continues the retro-futuristic vibe established on those singles. A deep bass synthesizer pounds under the track. Johnson’s voice floats over the track, before it take on its own distortion. The lyrics also capture the darker vibe that Johnson has established. “I Need a Hero” focuses on an all-too familiar toxic relationship dynamic. Its target being someone who is trying to play a hero but is doing more as a manipulation tactic than for heroic purposes. The combination of those lyrics and the deep synth give the song even more of an edge.

Johnson’s new album, The Absurdity of Human Existence, is out this Friday, March 12th on her own Channel 9 Records. Pre-order and pre-save links are available here. 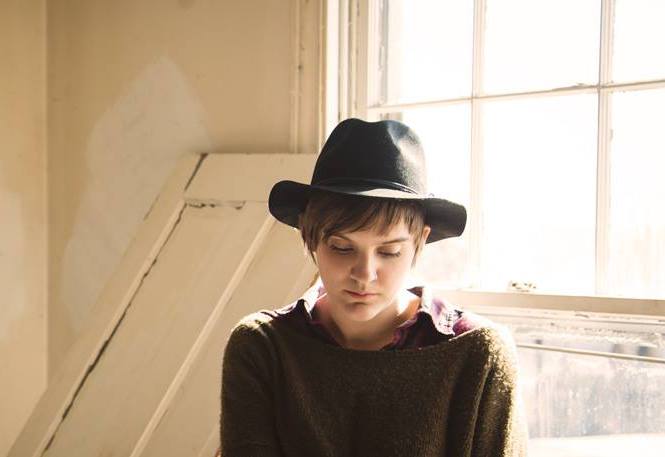 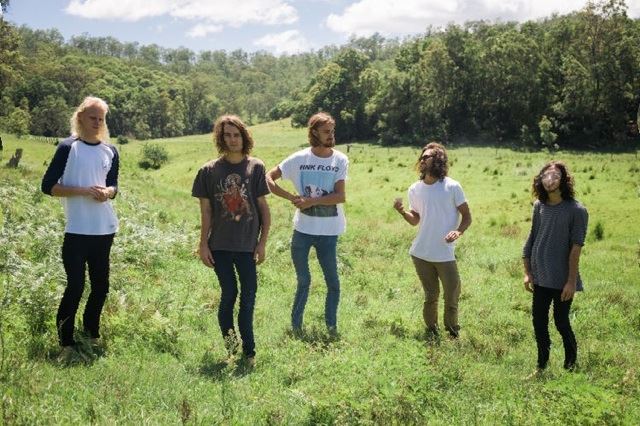