The Matinee ’21 v. 039 edition is an emotional outpouring of love, friendship, hope, revenge, and heartbreak. These six songs will make you believe in the power of great songwriting.

The three women who make up boygenius are some of the most powerful songwriters in the world. Last year belonged to Phoebe Bridgers; Julien Baker released her latest album last week; now it’s time for Lucy Dacus to bask in the spotlight.

Yesterday the Virginia-based artist shared “Thumbs”, a song that strikes such an emotional chord that Dacus asked concertgoers not to record it. On first listen, it’s easy to hear why. It’s a song that pulls no punches. It’s jarring to hear Dacus sing the words, “I would kill him, if you’d let me” over just a synthesizer.

This tale of a reunion between a daughter and an absent father is told from the perspective of a friend who witnesses the reunion. She reveals what she would do for her friend in retaliation for the years of emotional trauma:

Those lyrics are absolutely brutal. Dacus is known for her honesty in songwriting, perhaps writing the greatest “fuck-off” song of all time in “Night Shift.” But there is something more visceral about the emotions in “Thumbs.” When Dacus played this song in front of audiences for the first time, it resonated, probably in a way far beyond she never imagined. But on a night in New York in 2019, an audience hung on to every word, cheered, laughed, and gasped at each line. That’s no easy feat to accomplish, but that’s the power of this song.

“Thumbs” is out now on Matador Records. You can stream it here.

Bleach Lab are barely a year into their music careers, yet they already have the makings of a UK powerhouse. They likely won’t be known for booming rock anthems; instead they’ll be the rare outfit that leaves audiences hushed and spellbound, hanging on their every word. Their power lies in the dazzling arrangements, the gorgeous vocals and raw emotional power of frontwoman Jenna Kyle, and the cohesive instrumentation that Josh Longman (bass), Frank Wates (guitar), and Shawn Courtney (drums) deliver. Their earlier singles “Never Be” and “Old Ways” exemplified their jarring effect, and they build upon it with “Flood.”

Stunning and dazzling understate the sheer genius of the track. It is the convergence of light and dark, as a dreamgaze radiance emanates from the start. A quiet urgency and an emotional heaviness envelop Wates’ chiming guitar. Kyle’s vulnerable and almost weeping voice acts as the contrast, as she reveals how her soul has been broken at the hands of another. She calmly sings:

Kyle later then adds, “I’m in his words, I’m in his mouth, I’m in his mind,” to indicate the control that he still has over her. Everywhere she turns, his presence is felt. With songs like “Flood,” “Never Be,” and “Old Ways,” Bleach Lab’s presence will linger well beyond the end of the day. They have the potential to forever be entrenched in our minds.

The quartet’s much-anticipated debut EP, A Calm Sense of Understanding, is out March 19th. Head over to Bandcamp to check out their previous releases.

Some songs are meant not to only be heard but also seen to truly capture the artist’s brilliance. The best of these combine alluring cinema with dramatic theater. The incomparable Björk and the masterful Agnes Obel excel at combining the big screen with the stage. Another artist with those skills is Synne Sanden. The Norwegian may not be a household name now, but this will change soon. Her music is wildly imaginative and startling in its effect. Last week she released her new EP, Swallowed, via Nordic Records, and her musical and visual artistry is showcased on the standout track, “Skeleton.”

Remixed by composer and multi-instrumentalist Øyvind Blikstad, “Skeleton” is both a visual and sonic masterpiece. It is a stark experience where the low moans of the strings and the calm throbs of the percussion create a netherworld atmosphere. This place is pure enrapturing darkness where we embrace our most suppressed desires and unleash our true selves for everyone to see. Sanden articulates her own transformation, where within the blackness of the abyss she frees herself from an abusive ex and peels off the layers that he once touched. She has been reborn, becoming “a warrior” who seeks revenge to “bury your heart.” To seek revenge on the person who not only destroyed her humanity but took her life.

“Skeleton” is a spectacular piece of musical storytelling.

In the past 12 months, a little-known band from Los Angeles have consistently caught our attention with their cinematic take on indie and classic rock. It’s not just what is heard that made us fans of Silver Strands, but also the effect their music has. Their songs – such as  “Born to Lose”, “We Could Be Love”, and “When The Lighthouse Fades” – make us feel alive. They make us believe that our lives are meaningful, and they reignite these emotions on “By The Shore.”

Trust us when we suggest putting on your best headphones and heading outdoors before pressing play, because this song should be heard in unconfined spaces. Once outside, hit play and truly experience the song’s stunning euphoria. For nearly five minutes, frontman Nathan Beale and his revolving cast of bandmates take us on a gorgeous trip that hugs the California shoreline. Like this beautiful landscape, “By The Shore” is filled with several memorable, breathtaking moments. And in the presence of such grandeur our bodies and minds become reinvigorated, and we learn to love and live again:

“We run, run, run until we can’t touch the ground anymore
We just make it to dance on the end of the world”

“By the Shore” is the perfect tune to spin in these uncertain times and with spring just around the corner.

Love and fire are often paired in analogies, for obvious reasons: human relationships fizzle or flame based on conditional factors. The newest single from Old Sea Brigade examines the various stages of emotional fire with a tenderness that will touch your heart.

“Nothing Clever” is a gentle ballad made even more intimate by Ben Cramer’s subdued delivery. The Atlanta-born, Nashville-based artist’s vocals share more than a passing semblance to Bruce Springsteen’s rugged baritone, both in timber and inflection. This style accentuates the song’s melancholy tale of a once-burning love tempered by time:

Musically and lyrically, “Nothing Clever” hits its mark with stunning precision. Its simplicity is what makes it shine. Even the timing of this song’s release – now that it’s nearly the spring – is perfect. We cannot wait to hear what other gems will be on Old Sea Brigade’s forthcoming album, Motivational Speaking. It arrives May 14th via Nettwerk with pre-orders from these links and Bandcamp.

We’ve said it before and it is worth repeating – Swedish dream-pop duo Wy make music that is  lush and memorable. While it’s absolutely memorable, their latest single, “That Picture of Me” comes close to shedding that first description.

The song’s early moments are fairly sparse, just a bit of slightly-distorted guitar and a very coarse sounding drum machine. This brings the raw lyricism of Ebba Gustafsson Ågren into hard focus. She describes seeing herself in a picture, and how that vulnerability of being “seen” can start an emotional spiral. It’s an incredibly relevant song in a world that’s obsessed with social media and keeping up the appearance of happiness, even when that’s not the whole truth. Halfway through, the “lush” qualities return, with some great harmonies, and a perfectly fuzzed-out guitar.

“That Picture of Me” fits in nicely with other recent releases from Wy, “Come Here” and “Dream House”. Each song they’ve released carries an emotional heft to it, while some are blissed-out, lush soundscapes that help escape, they also have raw, powerful songs that confront them head-on. Ebba and Michel Gustafsson Ågren’s dynamic as a married couple adds even more weight to each song.

The duo’s new album, Marriage, arrives May 7th via Rama Lama Records. Pre-order it from the label’s store or Bandcamp. 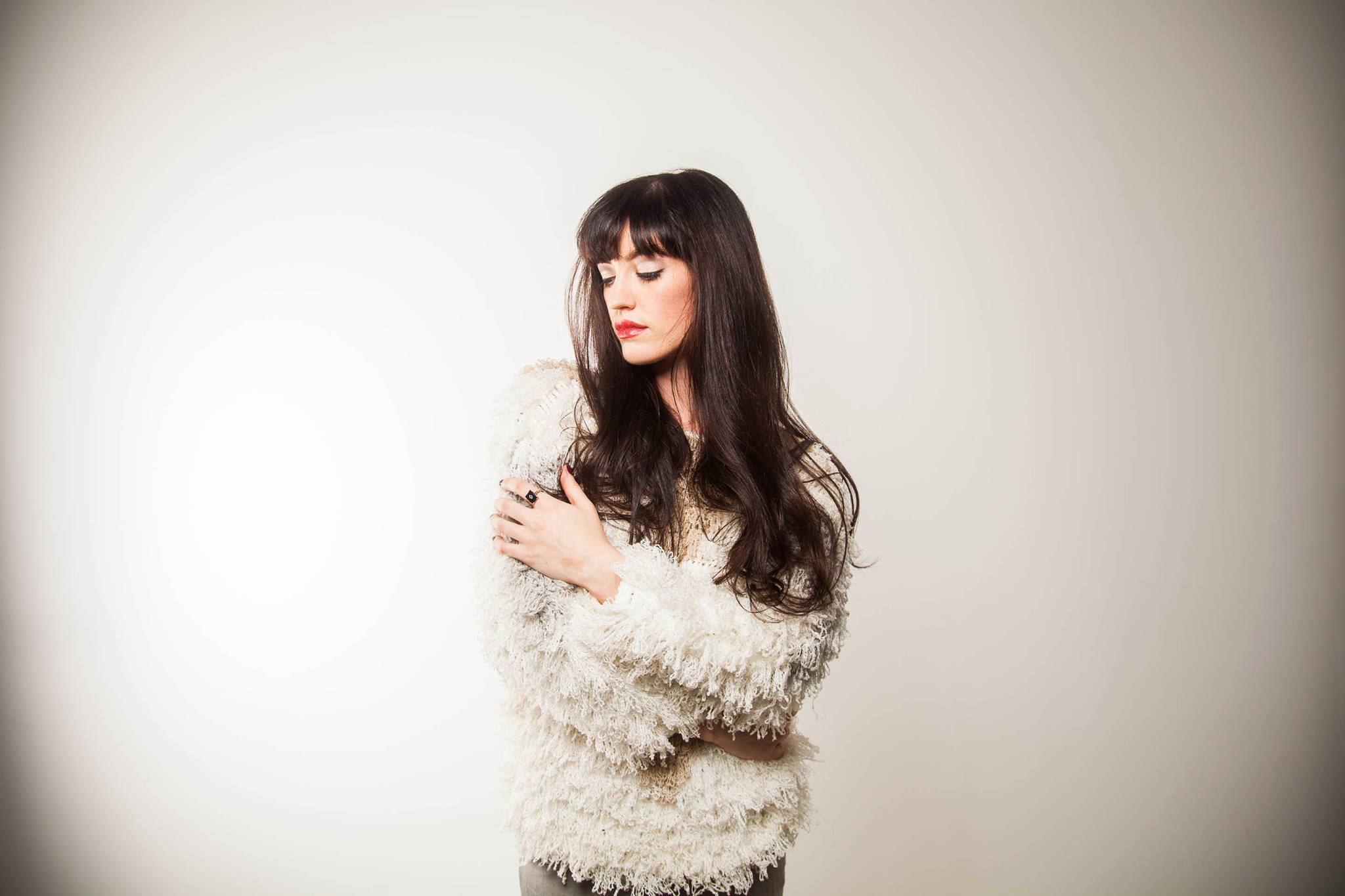 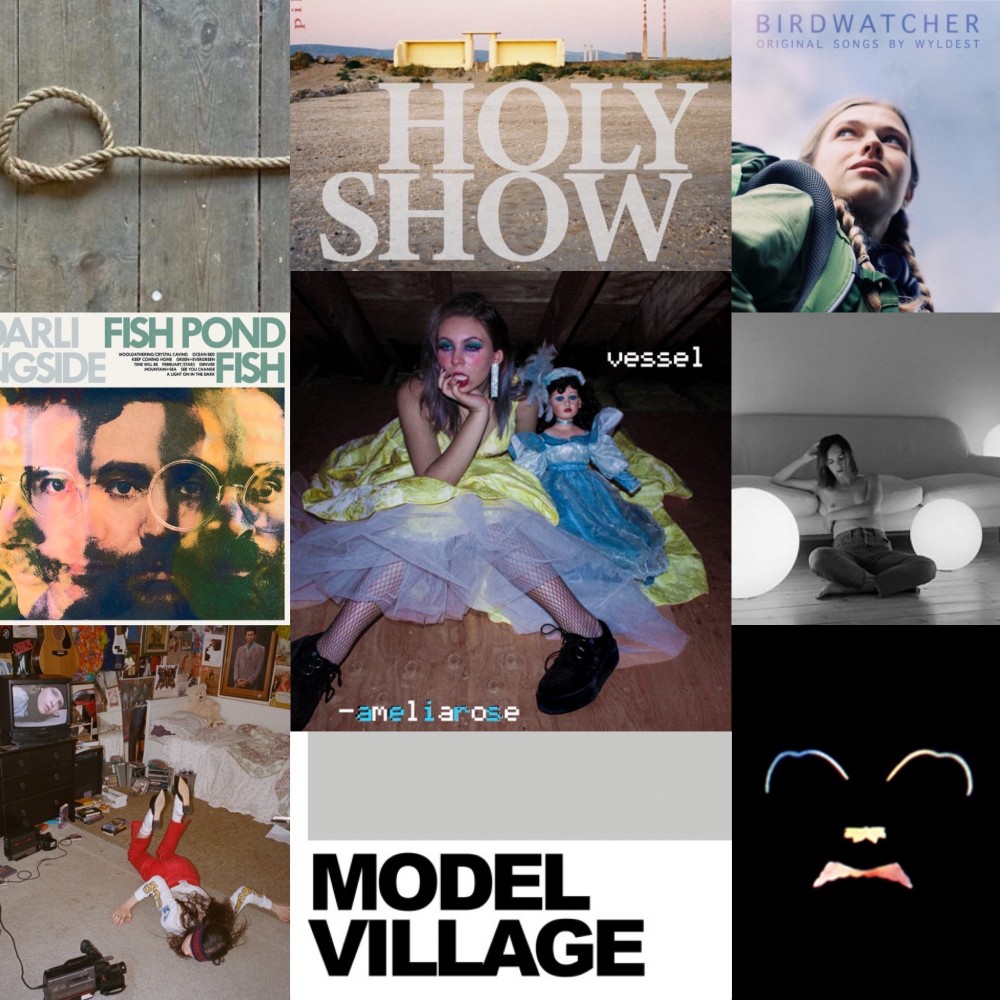