The Matinee ’21 v. 041 offers more exuberant fare because we all need a burst of energy after the weekend. (Especially those in North America who lost an hour due to Daylight Savings!) We kick things off with an established artist everyone already knows and end with a talented band everyone should know. What better way to launch a new week?

Mitski has been one of the most notable songwriters of the last decade. Whether it’s the rawness of Bury Me at Makeout Creek or the creativity of Be The Cowboy, Mitski has always kept things fresh and real. In 2019, she announced a hiatus from performing and disappeared. However, she is back! Well, maybe that’s a bit optimistic, but one of her first songs since Be The Cowboy just dropped, and it’s a collaboration for an upcoming graphic novel.

Written for the soundtrack to the upcoming Z2 graphic novel, This Is Where We Fall, from creators Chris Miskiewicz (Thomas Alsop, Grateful Dead Origins) and Vincent Kings (Wynter), “The Baddy Man” sounds like a song that would indeed come from a comic book. An obvious country influence, hitting on the comic’s sci-fi western theme. It’s a fun track, as Mitski does something different. Gone are the honest, introspective lyrics and in their place are quirky, witty lyrics about a comic book villain. It’s a testament to the versatility of Mitski’s songwriting ability. The genre and style may be different, but the song is undeniably Mitski. And soon, we’ll have an entire soundtrack of Mitski tracks like this one soon.

This Is Where We Fall is expected to be released in May along with its Soundtrack by Mitski. Pre-orders are available here.

Ally Evenson‘s debut EP, Not so Pretty, was released last year. It was a smart, intimate, and, while its name may suggest otherwise, very pretty record. It showed a lot of promise for a young songwriter with an undeniable ability to create music that is as captivating as it is relatable.

One song that did not make it onto Not so Pretty, was “Bite My Tongue”. When talking about the song, Evenson said, “I went through some pretty tough shit in 2019”. It’s obvious in the lyrics that that was the case, vivid recollections of moments and people that made her second guess herself, moments that wore away at her self-confidence. Usually, a lockdown track feels like the fading of hope, but on “Bite My Tongue”, Evenson embraces the new freedom and escape from the things that made her 2019 so tough.

The song starts slow, just guitar and Evenson’s voice, with each word resonating. The song confidently builds into a huge guitar solo before one more refrain of its chorus. Its final moments are full of catharsis, honesty, and confidence, proof that Evenson should no longer hold back and bite her tongue.

“I don’t miss you, I just want it back
All the things I could’ve had but didn’t get
you pushed me down under your thumb”

“Bite My Tongue” is out now. You can download it at her Bandcamp.

TTRUUCES – “Something Inside” (London, England) 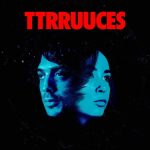 While we usually focus on new releases, we occasionally make exceptions for songs that were released weeks if not months ago. In the case of TTRRUUCES‘s “Something Inside”, it was originally released in August 2020 as part of one heck of a debut album. The duo of Manchester native Natalie Findlay and Paris-born Jules Apollinaire, however, released the video for the track only last week, and, like the tune, it is pretty epic.

Some background first about the band’s creative process. Their songs have largely focused on narrating the story of two characters – 17-year old Sadie, also known as Sad Girl, and the slightly older Syd, who is known as Lost Boy. They’re both outsiders looking for meaning in their lives. Sadie wants stability while Syd seeks his “lust for life”. Throughout their debut album, the duo narrate each character’s various expeditions in a Twilight Zone-esque world, and then their paths finally converge on “Something Inside”.

With an anthemic Brit-pop approach reminiscent of The Verve and the blustery pop qualities of Django Django, TTRRUUCES deliver a memorable experience. Throughout its 4 minute, 35 second duration, the song is cathartic and euphoric. The glistening guitars, the bursting strings, and Findlay’s stirring vocals will make you recall the first time you uttered the three most powerful words anyone can say. But like what the pair have always done, the song is not just about a singular moment. This is a match made during an apocalypse, where everything around them is starting to disintegrate. They won’t let what’s happening around them to destroy the one thing they can control – their love for one another.

“Sensations of Cool” is out now from these streaming and purchase links.

In 2012, David Byrne and Annie Clark (a.k.a. St. Vincent) released one of the great albums of the previous decade in Love This Giant. The pairing was unexpected – a living legend whose influence extends four decades and a young, rising, and immensely gifted artist who has become one of the biggest names in indie circles. The LP was smart, sassy, and full of artistry, and it inspired a future generation of singer-songwriters. Whether LA-based Ronna Reason is one of them, we cannot say, but she has captured the brilliance of the two powerhouses on her newest single, “American Queen”.

The track is new wave brought to the 2020s. A classic synth arrangement drives the song, creating a groovy atmosphere that would be perfectly suited in a Tokyo dance club. Beyond the entertaining approach lies an unwavering attitude, as Reason takes on people’s self-absorption in our consumer-driven society. It’s all about image these days, where everything you do, say, wear, visit, and with whom you love and call friends are documented on social media for everyone to see – and for everyone to judge. There is no sense of individuality anymore, but instead we’re all just gullible minions that “live in a plastic bubble”. Somewhere, David Byrne and Annie Clark are nodding in agreement.

The song is taken from Reason’s self-titled debut EP, which drops March 19th on the newly launched Damaged Disco. Pre-order it on Bandcamp.

Most associate Gothic shoegaze / darkgave with autumn and winter or dire days, where its glistening bleakness tends to reflect the darkening mood. The genre, however, is so much more than that. It can also represent a rebirth, but the skilled hands of a special talent are needed to make it sound bright and inviting. This is what Jancy Rae via her new project, MØAA, has done with “X Marks”.

With the support of co-writer and producer Andrea Volpato of New Candys, Rae has crafted a stark stunner. The reverb-drenched, crystalline guitar gracefully hovers over the protruding, post-punk bass line, giving the sense that day and night have collided. Rae’s and Volpato’s vocals, meanwhile, are ghostly in their delivery, further heightening the feeling that we are in a surreal world. The two’s tale, though, are grounded in today’s reality, where many people are stuck in neutral and trying, hoping to be able to move forward one day. It’s not just a song about isolation and stagnation, but also one that encourages us to persevere because one day we’ll awaken from our slumber and only see the light.

The video for the track was shot in the Alps and presents a visual version of MØAA’s icy yet vibrant world. Her debut album, Euphoric Recall, meanwhile, will be released April 2nd via We Were Never Being Boring. Pre-order it on Bandcamp.

Indie music fans’ musical cravings often mirror taste cravings: finding the perfect balance of sweet and salty is the goal. The search isn’t always successful, but when it is? That is when you close your eyes and savor every moment. Sometimes, if you’re lucky, you happen upon an unexpected new source. Such is the case with the eponymously titled debut single from Coma Culture. Their lush dream-pop sound and sharp lyrics are an impressive introduction to this Los Angeles-based trio.

We usually apply the term “newcomers” to an emerging band when we share their first single, but Coma Culture aren’t fledgling musicians. The group features members of Young the Giant (Eric Cannata and Francois Contois, along with producer Jon O’Brien) applying their talents in a fresh venture. Prepare to lose yourself in these soaring hooks while you contemplate their message:

“Walk to the bar
Heads will turn, mouths will drop…
I’m a modern person with not much left to say
Millions of distractions just to camouflage decay
Just to buy another day in coma culture”

If this single is any indication, Coma Culture have a bright future ahead of them. Their debut album, Camouflage, is out June 25 via Gourmet Music. You can grab this single now from these links.

RIYL: The Drums, The Vaccines

What constitutes a “perfect” song? Are lyrics more important than melodies? What about tempo and length? Which of these elements can elevate an ordinary song into a timeless classic? Perhaps the biggest factor is how well the tune resonates with listeners. Manchester indie rockers Gorgeous Bully need not ponder those questions since their latest single – their first new release since 2018 – ticks every box.

“Sick of Everything” is a concentrated dose of jangly rock that will cure what ails you. This tune hits your system with the force of a triple espresso. The moment you hear the opening notes, those toe-tapping, head-bobbing hooks take control. Remember the first time you heard The Cure’s “Just Like Heaven” and the intro instantly drew you into its magical sound? There is a similar vibe at play here. The song casts an immediate spell and keeps you dancing while you sing along with these highly relatable lyrics:

“Every day within my head
Never wake up, am I dead?
Each day there’s no plan
I’m just trying to understand

The band have not shared plans for a whole album, opting instead to release songs at their own pace. Head over to Bandcamp for more of Gorgeous Bully’s discography or follow these links for merch. 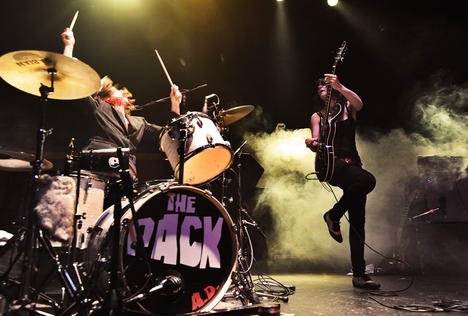 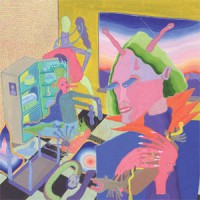