Bleach Lab capture the vulnerability, intimacy, and beauty of ’90s dream-pop on their unforgettable debut EP, ‘A Calm Sense Of Surrounding.’

Promise can be such a tease in music because a band can have one great song then never be heard from again. Expectations weigh heavily on artists when fans demand a steady stream of hits. Some artists achieve that success while others fall short. In the case of newcomers Bleach Lab, they exceed our lofty expectations in delivering the year’s early standout EP, A Calm Sense of Surrounding.

Like the great dream-pop bands of the ’90s, the Buckinghamshire-bred, London-based quartet’s songs are breathtaking and relatable. Their arrangements reach cinematic heights rarely achieved by bands at such an early career point. Every song is personal – not just for the band but also the listener. A Calm Sense of Surrounding is a record about all of us as seen through the eyes of lead vocalist Jenna Kyle, bassist Josh Longman, guitarist Frank Wates, and drummer Kieran Weston.

“Old Ways” opens the EP in stunning fashion. Shoegaze-drenched guitar and stuttering rhythms greet the listener. Inhale deeply at that moment because chills occur when Kyle’s vocals arrive. The song is beautifully intoxicating, yet sadness and remorse fill her words as she reflects on how a long relationship came to a crashing end:

The dazzling emotional storm of “Never Be” follows. Reminiscent of The Sunday’s most intimate numbers, the track features gentle guitar, feathery drums, and a fluttering bass. This instrumentation frames Kyle’s vocals which echo the intimate poignancy of Julia Jacklin and Hope Sandoval. She daydreams about going back in time to correct wrongs with someone she once loved:

“I would lay with you for hours, darling, if you don’t mind
Oh, would you be so kind?
Show me yours, I’ll show you mine
And you spent years inside my head and now you’re lying in my bed
With all the words unsaid”

A fleeting memory gives way to a glimmer of hope on “Lighthouse.” Filtered through a entrancing dark-pop approach and guided by Longman’s pulsing bass, the song slowly builds to its enrapturing finale. At this point, Kyle attempts to convince herself that she is not stuck in a dream and that she can indeed move forward.

On “Flood”, Kyle reveals she is unable to escape the presence of the person who haunts her mind daily. A quiet urgency envelops Wates’ chiming guitar, with Kyle revealing how her soul has been broken at the hands of another:

She later adds, “I’m in his words, I’m in his mouth, I’m in his mind,” to indicate his lasting control over her. Everywhere she turns, his presence is felt. That presence can also be positive, something the band reveal on the delicate folk-rocker “Scars (Time Is A Healer)”. The track chimes with a graceful, springtime optimism. While the guitar brightly chimes and the rhythms soothe with each pluck of the bass, you detect pain in the lyrics. Her words are written by Longman whose pain stems from the passing of his father. The song is both a message to his dad and his way of healing:

A Calm Sense of Surrounding will leave a lasting mark on listeners. The final impression is one of artistic beauty and emotional maturity from a band who have barely scratched the surface of their potential.

The EP is out now and available on Bandcamp. It is also streaming on all the usual platforms. 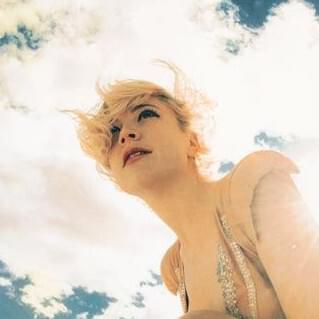