Until it’s safe to take a road trip, The Matinee ’21 v. 048 gets you ready for when that time comes. The songs in today’s mini-playlist radiate the energy you need to jump-start your weekend.

One of the best recent collaborations is the cross-over between Jay Som’s Melina Duterte and Palehound’s Ellen Kempner. The duo known as Bachelor was an unexpected surprise when they released their debut single “Anything At All”. Its groovy sound was a bit of a departure for both songwriters who are among the best going right now. If anything, it got us more excited to see how future Bachelor songs might sound.

“Stay in the Car” answered that question in a big way. Duterte said “We wanted this song to be a visceral listening experience, inspired by The Pixies and The Breeders.” They nail that feeling here. The song absolutely roars with loud guitar moments, heavy drums, and booming bass. Inspired by a moment at a grocery store parking lot after her partner’s top surgery, Kempner’s ability to bring stories and characters to life is unmatched.

The last time a rock band from Oklahoma City turned heads was when Wayne Coyne rolled out of a giant hamster ball and introduced The Flaming Lips. Since the option of using zorbs are out of the question, Audio Book Club will have to rely on their new wave/dance-pop blend to catch people’s attention (although using the hot dog as an emblem is also eye-catching). So before you spin “Boots”, you might want to warm up because every body part will be gyrating. While you’re at it, put on your favorite ’80s outfit and start a retro party.

Like Devo and the Talking Heads in their prime, “Boots” is a wildly fun time. Its off-kilter approach is beyond infectious with each element (especially the cowbell) lingering in your brain for days to come. Then there is frontman Zach Pearson’s swirling vocals: one part circus ringmaster and another part glam-rocker, his is the voice of a character who wants to be seen and heard. Pearson tells the story of a self-absorbed playboy who thinks the lady who’s looking for blood wants him, and he “can’t get her out of my mind”. In actuality, however, he’s more like Steve and Doug Butabi from A Night at the Roxbury – a guy living in his own reality.

Audio Book Club are Zach Pearson, Dylan Jordan, Adam Thornbrugh, Derek Moore, and Billy Reid. Their debut album is expected in the autumn via their own Cowboy 2.0 Records.

Junaco are poised to be one of 2021’s most notable breakout artists. The duo of Shahana Jaffer and Joey LaRosa have just signed to Side Hustle Records, and recently released a slice of dream-pop perfection with “Blue Room”. Their warmth and perspective make them a compelling artist for all listeners.

On their latest single, “Weight of the World”, Junaco tackle the effect that the twenty four hour news and entertainment cycle can have on the human mind. How the constant access to the news can be overwhelming in its own right, but also how it can be twisted in ways that are toxic. Musically, it takes on quite a dreamy tone, Jaffer’s voice is stunning, with a layer of reverb upon it. Synth and guitar lay down the foundation, but with a vibe that feels a bit nostalgic. Overall, “Weight of the World” is a reminder to not get so entrenched in what’s happening, it’s possible to make changes, but to take on the weight of the entire world’s problems can only lead to being overwhelmed, and the loss of identity.

“This time I’m running from the radio and TV,
I don’t believe in who’s behind those things,
Who put the weight of the world in the palm of your hand?”

This song is out now via Side Hustle Records while their Blue Room album is due June 2nd. Pre-orders/pre-saves are available at Apple Music.

So far the new releases from Small Black‘s upcoming album are stacking up to be a possible AOY contender. The trio have already shared the retro bliss of “Tampa” and the widescreen “The Bridge”. While they were memorable for their illuminating qualities, the inspiration for the songs is bittersweet. All the tracks on the band’s forthcoming new album, Cheap Dreams, revolves around front-man Josh Kolenik’s uncle, a passionate surfer who died of a stroke on the beach in 2015. But in truly Small Black form, they don’t mourn his passing. They instead celebrate it, as they do on “Driftwood Fire”.

The chorus and dance ready vibes feel like a late summer’s evening on the beach, as sweltering synths and vibrant 808s create the feeling that we’re watching slow burn of a driftwood fire in the distance. All the while, we are dancing to the cool breezes blowing from the sea. As we float through the dazzling arrangement, Kolenik’s tale is told from two different perspectives – one of the surfer on the water (the apprentice) and the master on the shore. It’s the perfect chill wave track to bring you into the weekend and help you relax and recall memories with those we love.

Woody Guthrie made a bold statement nearly 80 years ago when he wrote “This machine kills fascists” on his guitar. Musicians of all genres continue to use their instruments and voices as weapons against oppression, including Sylvan Paul. The New York-based electronic artist may not have mainstream name recognition yet, but that should change once people encounter this song from his new EP. We say encounter because “America” is not a song you hear once and remain unscathed. This is a message of critical importance; that these words are paired with understated hooks intensifies the appeal.

Normally we devote space to an artist’s story or their inspiration for the song. Here the message needs no explanation given America’s grievous affinity for guns. This is a tune worth contemplating from an artist worth knowing, both with equal urgency. Sylvan Paul’s lyrics – especially the final six words – are as powerful as any bullet:

Oh, beautiful for spacious skies
And amber waves of grain
For lonely boys with submachine guns
Trying to make a name

Oh purple mountain majesty
And sandy hooks rusting by the sea
America: who have you murdered lately?”

The America EP also includes the tracks “War” and “Violence” and is out now via Wolf+Lamb Music from these sites. His earlier singles are streaming on Spotify.

spill tab is the project of Los Angeles-based Claire Chicha and David Marinell. They have impressed so far with their blend of progressive bedroom pop and dashes of alt-rock. Their latest single, “PISTOLWHIP”, is speaking to a less than ideal relationship with very addicting beats. The distorted guitar is the perfect touch to audibly represent a bit of chaos. The lyrics dig into the dysfunction:

I wanna save you first, don’t make a wish, gonna shake it
Look then pistol-whip you behind your (the ways that I loved you)
Truck to clear the air, conversation sucks (lead in your gut but bleach in the cut)
(I’m worried they might see it different than us)

Claire shares a bit about the track:

“‘PISTOLWHIP’ is about going through something that really hurts, and the dichotomy of being angry but also being shot down and vulnerable. I wanted to imagine what it’d be like in the head of someone who’s just finding out they’re being cheated on. They’re vacillating between pure rage and just wanting to hold on ’cause they love that person so deeply, and then the underlying issues of that relationship sort of start to show in the second verse. It’s just a descent into madness I guess.”

The only gripe here is the length, as it abruptly ends and has you wishing for more.

The single is out on Arista Records.

RIYL: Chapterhouse, The Raveonettes, The Jesus and Mary Chain

One of our favorite discoveries of 2020 has finally graced us with their first single of 2021. But like a fine wine, you cannot rush perfection, which is what Hanya‘s new single, “Lydia”, is.

To be more accurate, the song is ’90s dream-pop perfection. A touch of of shoegaze blends with a grungy undertone, mirroring the music that bands like Chapterhouse and The Jesus and Mary Chain created and later replicated by The Raveonettes. As “Lydia” dazzlingly hovers in the air with its crystalline guitars, taut percussion, and gentle bass line, front-woman Heather Sheret graces us with her whispery yet angelic voice and memories of bygone times with dear friends and family. After a year-plus apart, she ponders: “I used to be young and free / Do you remember that part of me?” She also wonders, “Do you think about who we were back then?”, as if she has lost a part of her, has lost her innocence.

Hopefully when Sheret and all of us get to reunite with the people we most love, nothing will have changed even if everything around us has.

To end the mini-playlist and the week, we go out on a high with Skegss. The trio from the surfing paradise of Byron Bay are a party band who create music that is boisterous, exhilarating, and fun. But unlike most party bands, they’re not singing about hooking up or getting drunk. Instead, behind the bustling rock are stories about you and me, our communities and world. Toby Cregan (upright bass), Jonny Laneway (drums), and Ben Reed (vocals/guitar/synth) showcase their relatable storytelling again on “Bush TV”.

For just under three minutes, the trio scorch the ear drums with their surf-rock-Americana blend that combines the infectious energy of Spacey Jane with the grassroots sound of Futurebirds. Whether is emphatic jittery dancing, all-the-walls moshing, or some intense line dancing, this tune fits all occasions and places. It is a bar-storming, barn-burner rocker that will lift your spirits. Through the exuberance is the tale of a man who realizes he’s been in the same place for too long, and he and everyone else have become complacent. As such, he needs a break and gets away.

“It’s not the kind of thing that many understand
It’s the kind of thing you have to feel firsthand
Sometimes I don’t I really don’t wanna go
But it’s coming back to you, that lets me know its worth it
I was watching the Bush TV and that’s when it hit me
I need to go away and wait until you miss me”

The band’s new album, REHEARSAL, is out today via Loma Vista Recordings. It’s streaming everywhere, but we recommend picking up the LP at your local record store or head over to Bandcamp. It’s one fun LP. 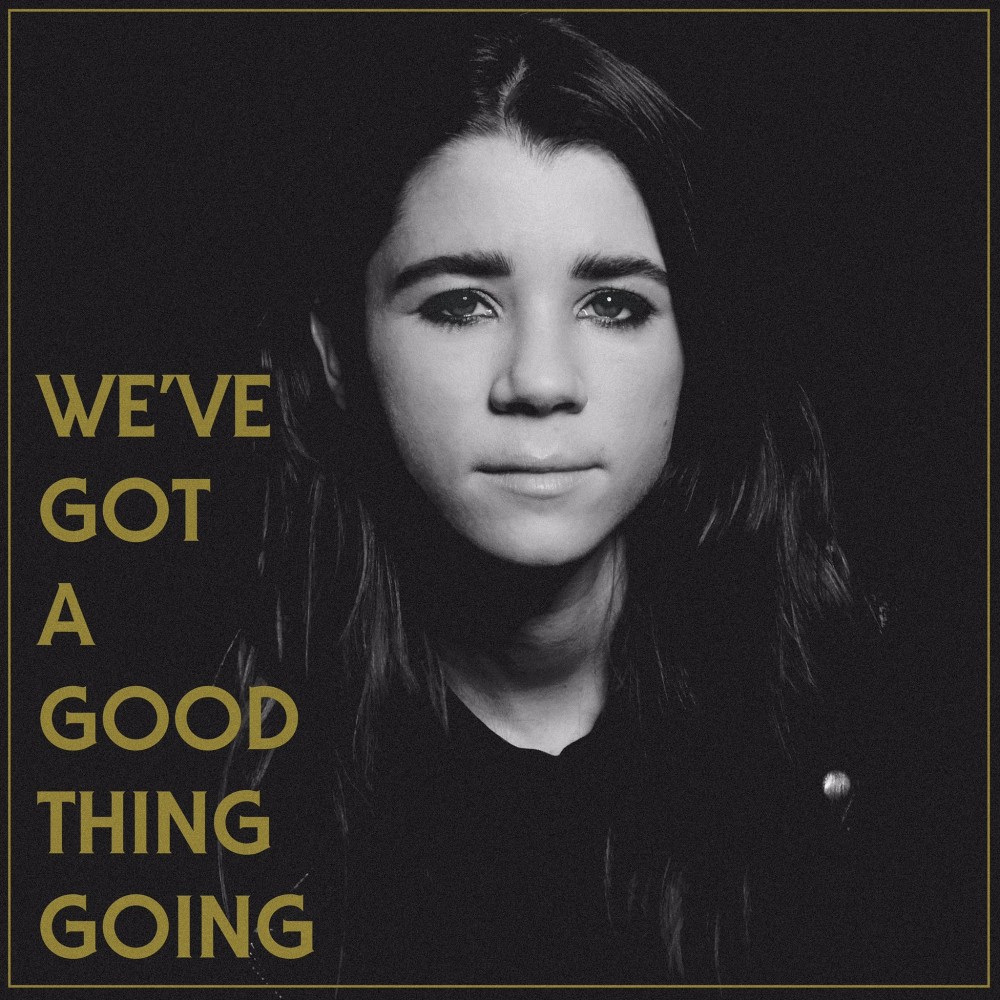