From the end of the world as we know it to taking it on naysayers and gaslight specialists to wanting to reconnect with humanity, The Matinee ’21 v. 054 is futuristic yet still present in the moment. Eight songs occupy the mini-playlist, which should prepare you for the weekend ahead. 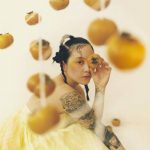 The last year has been a productive one for Michelle Zauner. Her memoir, Crying in H Mart is out April 20th. Zauner also recorded an EP with Ryan Galloway of Crying and released it in the fall. All of this while constructing the next Japanese Breakfast record, Jubilee. Last month, she released the absolute bop, “Be Sweet”, which she performed on Jimmy Fallon, the first single from Jubilee.

The second single from Jubilee is “Posing in Bondage”, which is among Japanese Breakfast’s most dreamy sounding tracks. Lush synth, echoed drums and vocals create an ethereal feeling throughout. There’s a haunting beauty to the track in both its music and its lyrics. Lyrically, Zauner sings of the desire of being close with another, and the challenges of connecting with other humans. Zauner stated that “Posing in Bondage” is an epilogue to the next single due out for Jubilee, so that’s something to keep an eye out for. It also presents us a chance to hear this song in a bubble, and it definitely stands up on its own.

“Posing in Bondage” is accompanied by an equally haunting video, taking place late at night in a convenience store, and features a cameo of Harmony Tividad of Girlpool. Check that out above.

Jubilee is out June 4th on Dead Oceans. Pre-orders and pre-saves are available from Bandcamp.

The past month has been quite nostalgic for us, as we’ve featured a number of artists and bands that we wrote about many moons ago. Some were included in a series we once called ‘Hidden Gems’, and this next band was the spotlight of a segment titled ‘Twitter Tuesday’. Even long-time readers of this site may have forgotten that once upon a time we showcased bands who followed us on the popular social media platform. We didn’t write about Cross Wires because they liked us, but rather due to the explosive nature of their music. And although five years have passed since we shared their music, the veteran indie rockers from London sound like a young, hungry band on “24 Roehampton Street”.

This three-minute energizer echoes of the searing indie rock that filled the college radio waves in the early ’90s. An urgency rings throughout the track with the overdriven guitar and the pummeling drums leading the way. Front-man Jonathan Chapman’s voice is likewise desperate, as he assumes the identity of a man living during the final days of Earth. He and his partner are holding on to whatever they can, trying to cherish their final moments together. All he can think about, however, is how he wasted so much time away from home and not appreciating what he had. Is it too late to say sorry and I love you?

“All the slammed doors and nights spent on the sofa over arguments about nothing in particular it all seems so pointless now
It’s funny how time gets away from you without even noticing.
You turn around one day and you don’t recognise yourself.
I forgot how beautiful you are.”

In their five years together, Stockholm indie outfit Melby have consistently wowed fans. Alongside fellow Swedes Kluster B, they are one of the most dynamic bands in Scandinavia, if not the world. They are also one of the rare groups who make every song feel personal. So far this year they have examined what “Common Sense” means, how one may be young yet still lead an “Old Life”, and the perpetual feeling of wanting to be “Somewhere New”. Now they explore what “Magic” means, both now and in our younger days.

The single is once again Melby taking a simple alt-pop arrangement and turning it into a dizzying, cinematic adventure. It is light and bubbly at first before gradually building into a swirling twister of raw, pounding noise. The approach mimics the discontent in Wiezell’s words, as she recounts how so many people attempted to crush her dreams and brush off her desires and ambitions as something unrealistic. They try to force her to be something else, to be like them. To be like every other person devoid of Magic, but Wiezell (vocals), Are Engen Steinsholm (back-up vocals, guitar), David Jehrlander (bass), and Teo Jernkvist (drums) have plenty of it. They are the present and future of Scandinavian pop.

The single is out via Rama Lama Records and available on Bandcamp. Surely a new album is coming, right?

RIYL: The Beatles meets The War on Drugs and Death Cab for Cutie

One thing we love about big music festivals is the fusion of sounds from different stages. Imagine hearing dream pop from one stage while faintly psychedelic indie rock drifts on the breeze from another. What if this sonic hybrid were a reality instead of a fever dream? Say hello to Crystal Cities. Their newest single is a brilliant introduction to an Australian band you need in your life right now.

“The Unknown” offers a kaleidoscopic listening experience, complete with sun-kissed vocals and irresistible instrumentation. Don’t be surprised if your reaction of stunned appreciation mirrors ours: once you pick up your jaw from the floor, your initial thought might be, “Why haven’t I heard of these guys before?” We suspect this song will prompt similar musings across the globe as more first-time listeners become instant fans of this Sydney-based trio. If ever there was a tune made for carefree drives, it’s this one. Embrace the wind on your face as you take to the open road, serenaded by frontman Geoff Rana’s contemplative lyrics about love lingering “headlong into the unknown.”

The band will release each song from their sophomore album individually. This song is available now on Bandcamp, along with their earlier releases. Trust us: the road ahead is full of promise for this group.

Stardom has long been in the cards for Isabella Sophie Tweddle. At just twelve years of age, she became a YouTube sensation. At fifteen, she released her debut EP, and her sophomore EP, released in 2016, gained her notoriety across the UK and on BBC. Now still a young 21 years of age and with a huge following under the pseudonym Billie Marten, the native of Ripon, England is now about to reach superstar status. Her new album, Flora Fauna, is scheduled for a May 21st release on Fiction Records, and its previous single, “Garden of Eden”,was nothing sort of sensational. The second song is equally impressive.

“Creature of Mine” is an alt-folk-rock dazzler that possesses a nostalgic modernity to it. Late-’60s and early-’70s Laurel Canyon sensibilities ruminate across the song with the jangly guitar lines, the deliberate rhythm section, and Tweddle’s saccharine voice. It is calm and breezy like a late-Spring day, yet darkness and urgency linger in Tweddle’s words and voice. The end of the planet is near, as all our thoughts and prayers and espousing love and togetherness have proven to be meaningless. One cannot just make love and speak to a higher order and hope our eventual oblivion can be avoided.

Tweddle won’t just be a star; she also can be a powerful activist.

There aren’t many obvious things about …obviously. Details on the band are few, and only a handful of tracks are available from the UK based Abigail de Haro led project. What is known, is that these few tracks absolutely rule. They range from the dreamy and lush “Holiday Body” to the haunting lo-fi “Phones”. In January, …obviously released a demo for a track called “Cake” that showed an edgier side.

This week, …obviously has shared a completed version of “Cake”. The edge and grit shown in that early version are front-and center. Heavy guitar cuts through some complex drums, with vocals floating above everything with a perfect layer of harmonies. As the song progresses, the vocals get more distorted and become even more part of the raw sound of “Cake”. About halfway through, the whole thing breaks down to just this incredible guitar part, and the drums come in and hit like a damn truck. That leads up to the track’s huge final moments.

“Cake” is available on Bandcamp, you can name your price for it here.

Hit Like A Girl – “Wanna Be Loved” (Montclair, NJ USA)

RIYL: Thao & The Get Down Stay Down, Waxahatchee

Remember the electric rush of a first kiss or the thrill you felt after landing your dream job? Those endorphin-laden emotions might not occur daily, but the newest single from Hit Like a Girl successfully captures that tingly elation. “Wanna Be Loved” delivers a steady dose of feel-good indie rock that begs to be played loud and often.

Get to know this project lead by New Jersey-based artist Nicolle Maroulis. A future star in the making, Maroulis wastes no time in showcasing their impressive talents. Bold hooks at the intro grab your attention immediately. The one-two punch of bold guitar and uptempo percussion lights the fuse, but the real fireworks begin when Maroulis sings. Their powerful yet intimate vocals evoke the strength of Katie Crutchfield (Waxahatchee) and Torres fused with the energy of Thao & The Get Down Stay Down. Prepare for shivers down your spine at the bridge when the already dynamic instrumentation gets an added boost from trumpets. This is the moment when you feel pure elation ripple through your body.

“Wanna Be Loved” is an empowering anthem about expressing desires. Right now our biggest desire is to experience this song in a live venue surrounded by fans who are singing it back to Maroulis. Until then, keep the audio version cranked. While you listen, check out Maroulis’ non-profit No More Dysphoria, an organization they founded that supports transgender individuals during major aspects of their transition.

Heart Racer is out now on Bandcamp via Refresh Records.

Atlas Engine always seem to keep things interesting with each release. The Brooklyn-based band has released a pair of EPs, 2016’s After the End and an EP of singles, Singles Vol. 1 a year ago. Both feature the band’s expansive sound, which can be dreamy, groovy, raw, or intimate, depending on the track.  They even have a stunning, lo-fi rendition of Bon Iver’s Holocene on their Bandcamp.

Their latest single, “Modern Mind” builds even more on their sound. Its opening moments driven by a huge bassline and synths. The pace is frenetic, with guitars coming in and going throughout, sometimes completely overwhelming the rest of the track. Its floaty, futuristic choruses collapse into raw noise. The vocals have a robotic quality to them, contributing to the surreal vibe that defines “Modern Mind”. As the song reaches its final moments, though, “Modern Mind” truly shines, and becomes an even more incredible journey. A ripping guitar solo, heavy drums overwhelm for a brief moment, before it all fades into a moment of serenity. 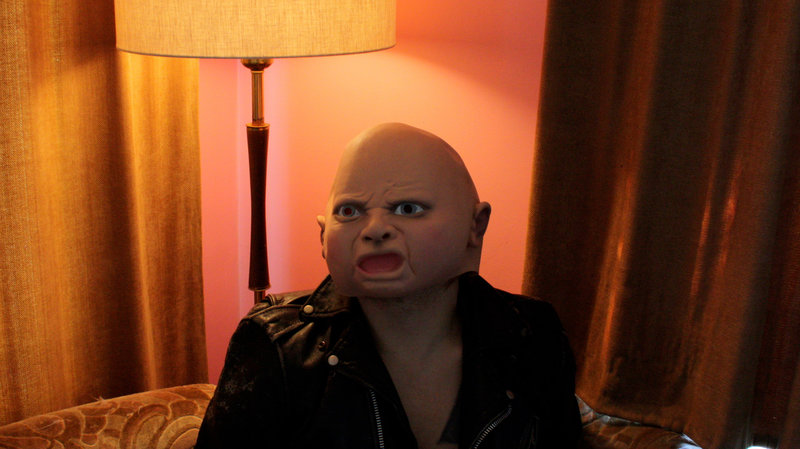 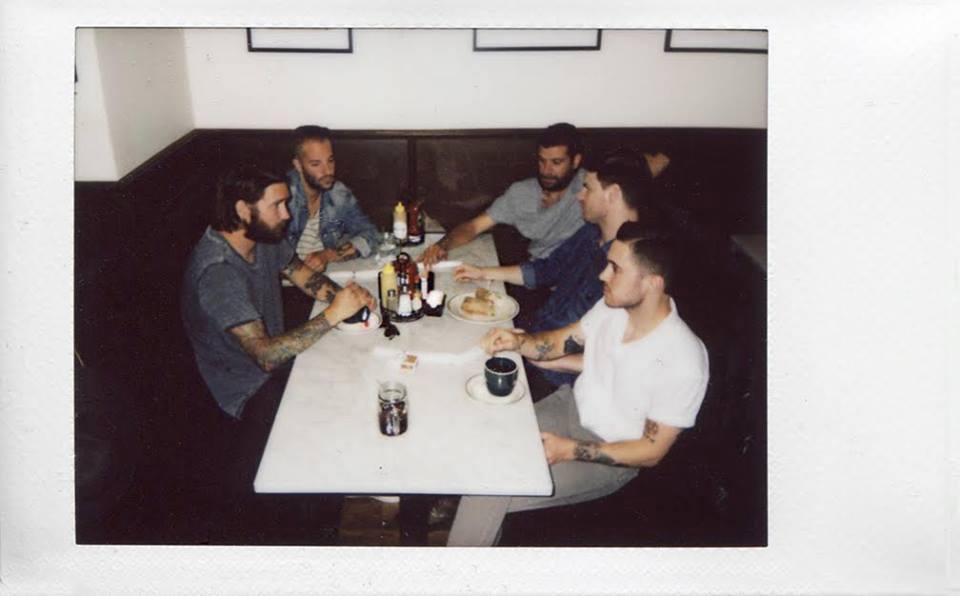