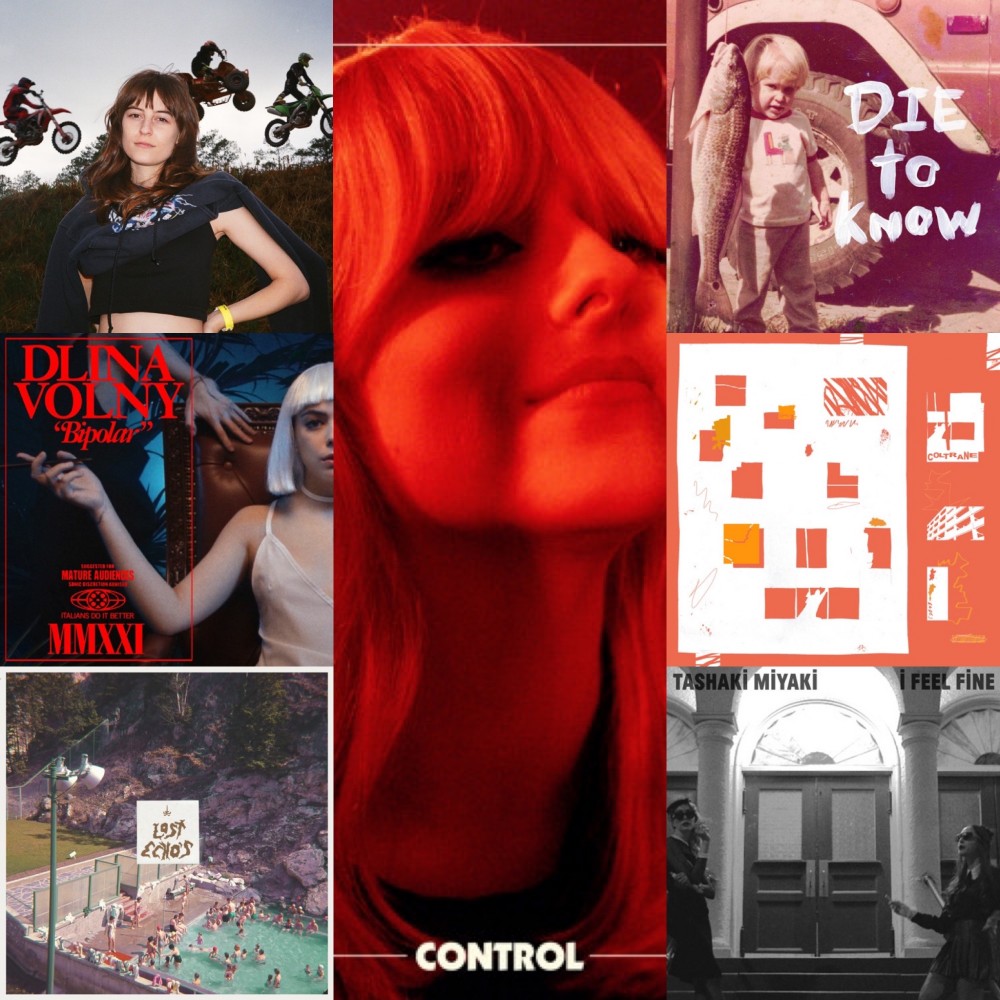 The Matinee ’21 v. 064 is about control and equilibrium, whether it is with respect to the relationships we hold or the battles that wage inside us. Although the seven songs cut across different genres, they all are brutally honest in their lyrical poignancy.

In a relatively short period of time, Faye Webster has carved out a reputation for herself as the finest yo-yo artist in indie music today, as well as one of the most soulful and enchanting singer-songwriters out there. Her breakthrough Atlanta Millionaires Club was an addicting R&B throwback. Her music is personal, relatable, and her lyrics are full of wit and honesty. Since that record, Webster released a couple of equally compelling tracks, including the country style “Better Distractions” and the slow groove “In a Good Way”.

This week, Webster is back with another fantastic single, “Cheers”. Complete with Webster’s distinctive voice, there’s a more raw feel on “Cheers” than most of her discography. Fairly sparse, most of the track is driven by bass and drums. No R&B guitar chords, just some really slick guitar leads over the choruses. The result is a track that chugs along like a steam train, gaining momentum throughout. Webster’s honest lyricism is in full focus on “Cheers”.  From wondering if she’ll get married before her brother to showing her dad her partner’s songs, there’s an anxiety in each line in a way only Faye Webster can convey.

“Cheers” along with “Better Distractions” and “In A Good Way” will be on Webster’s upcoming record, I Know I’m Funny haha, which is due out June 15th on Secretly Canadian. You can pre-order and pre-save it here. “Cheers” is accompanied by a fun music video featuring dune buggies on the streets of Atlanta and some other really cool visuals.

Molly Burch has kept busy since her most recent LP, 2018’s First Flower. In 2019, Burch released one of the finest Christmas records out there, breathing new life into Christmas classics. In January, she released one of this year’s best tracks, “Emotion” with an assist from Wild Nothing. It seems like no matter whether she’s evoking a smoky lounge or an ’80s disco, Burch always finds a way to create something striking.

On “Control”, Burch reaches some new heights and a new honesty. With minimal instrumentation, just a bit of piano, drums, and occasional synthesizer, Burch’s lyrics hit harder than they ever have. “Control” is a mature look at relationships, from the anxiety of commitment, working through issues, treating each other right, and finding balance.

“You know I can’t stand still, always moving
You know I can’t make decisions, you’re always choosing
But I want to love you right, not like the last guy
Treat you good, treat you kind
Be there for you day and night”

“Control” will open Burch’s upcoming record, Romantic Images, which is out July 23rd on Captured Tracks. Between “Control” and “Emotion”, it’s already shaping up to be one of the year’s best releases. Pre-order the LP here.

Four years ago, Paige Stark, Luke Paquin, and Sandi Dento – a.k.a. Tashaki Miyaki – released their aptly-titled sophomore album, The Dream, which was like the soundtrack of our lives. Through the dazzling array of dreamy psychedelic-pop, the duo told stories of love, loss, separation, desire, and desperation. The stories were about three people drifting in the open water searching for salvation of some form. Of any form. Just as they may have found it, a pandemic hits and they’re left again wondering when they can drop their anchor and settle down. This is where we find the trio, whose third LP, Castaway, arrives on June 4th.

The band have already released two songs from the record in “Castaway” and “Gone”, both of which had a listless, melancholic feeling to replicate the experience of isolation in the big blue sea. The newest single from the album, however, sees the band retrace their journey and re-entrench themselves in familiar territory.

“I Feel Fine” is a dazzling piece of ethereal dreamgaze. It is the sound that led tens of thousands of people to attach themselves to Tashaki Miyaki’s music. The shimmering, reverb-drenched guitar; the feathery pulses of the drums; and Stark’s sublime and intoxicating vocals are as familiar as the pillow we lay our heads on each night. Stark, too, finds herself in this position, as she sits alone in the bedroom, trying to convince herself that she is fine despite “all this gloom doom” that surrounds her. This includes being in the presence of another, where she admits that “it’s hard for me to just be me with you / Anything that I say or do is never right”. But on this track, there is no question that the threesome deliver the perfect song for these times. It’s the soundtrack to our lives today.

Castaway will be released on Metropolis Records. Pre-orders are available on Bandcamp.

Christopher Paul Stelling is a national treasure – well he should be anyway. Like Dylan, Kristofferson, Prine, and Drake, the veteran singer-songwriter’s music has aged like a fine wine. Whether listening to his debut LP, Songs of Praise and Scorn, or his most-recent release, 2020’s Best of Luck, one is guaranteed to be sent back to a time when folk music was considered rock’s equivalent and great storytelling was the norm. These qualities are why Stelling should be cherished because he’s a rare breed in today’s vocoded, formulaic world. If you’re unfamiliar with Stelling’s art, then let “Die To Know” be the first of many forays into his music.

The song is simple in its approach, yet it is still a stunner. Stelling gracefully plucks at each string on his acoustic guitar, delivering a melody meant to be heard in front of an open fire. As Stelling sings, we watch the embers dance to each note emanating from his instrument. Our minds, meanwhile, get lost in memory, listening to Stelling’s story that we can relate to – about finding love, losing it, and the hope that we can experience it again before the end of days. Under Stelling’s watch, we’ll learn again how and feel love again. To know that this invaluable emotion is the greatest treasure we can in our lives.

Stelling’s new album, Forgiving It All, is out September 24th via Tone Tree Music. Pre-order it on his website or directly on Bandcamp.

Nearly three years ago, a band from Belarus grabbed our attention with their stark brand of post-punk and new wave. Dlina Volny sounded like they were transported from 1985 Berlin and arrived to remind us that music can simultaneously startle and excite. As they worked to perfect their craft, they caught the attention of Johnny Jewel, who signed Alex Shishlo, Vad Mikutski, and Masha Zinevitch to his Italians Do It Better label. Obscurity, as such, is now a thing of the past for the trio, and instead a future as one of Europe’s most promising electro-pop / indietronica outfits is in the cards. Their path to stardom accelerates with “Bipolar”.

Dark, seductive, and entrancing, the song is made for listening in the wee hours of the morning. It is made to steal our minds and make us slowly dance under the dim streetlights. We are creatures of the night, but inside us another voice calls. It tells us to run and escape the darkness. It tells us to wake up, but we cannot. We are lost inside our own little world, where balance is an out-of-reach goal.

The song is available on Bandcamp. Pick it up and support this rising band.

It’s Hump Day, which is the perfect time to spin a laid-back tune to get you moving on through Friday. Eades delivers for you on “Coltrane”. The track is lo-fi gold as the talented Leeds quartet surprise us with a very entertaining video and their last single release off of their upcoming EP. They have a great way of capturing an awesome mix of new wave, art-punk, noise-rock, garage rock and 90s alternative.

So far with their new material we see the band evolve not only with their songwriting but also the overall vocals that are nicely complemented by Lily Fontaine.  The lyrics speak on the reflection of past mistakes:

“10 years of living in fast lane – how it hurts so much to see it. Yeah, Hindsight’s a funny thing….sometimes I can’t believe it”

“Abstract Education refers to the lessons in life that aren’t so obvious or on the nose. Forgiving, and letting go of the past, whilst still learning from it. It’s also about understanding our own emotions and coming to terms with personal flaws, bad habits, addictions, anxieties etc.”

“Coletrane” is out today ahead of the quintet’s upcoming EP, Abstract Education, which is out this coming Friday via Heist or Hit.

Speaking of introductions, we must admit that we’re late to the game when it comes to Ghost Woman, which is surprising given our love for zany, trippy, psychedelic rock. Better late than never, right? We won’t be ignoring the quintet of Evan Ushenko (vocal, guitar), Travis Salty (guitar), Nick Hay (guitar), Jon Lent (bass), and Eli Browning (drums) any longer, especially if they continue to craft the perfect road-trip tune like “Demons”.

Seriously, assuming it’s safe and permissible to do so, get into your car, roll down the windows, and take a long drive to wherever and spin this tune. The three-headed guitars are controlled mania, swirling like the buzzsaws that John Dwyer and friends create as Osees. Meanwhile, Lent and Browning hurtle rhythmic rockets into the sky, adding some trembling delights to the scorching electricity. Heads will thrash, mops of hair will sway in the air, and some involuntary spasms will permeate from every extremity. While we lose ourselves in this sweltering number, Ushenko sings about trying to rid himself of the demons that occupy his mind. It might be an ex, an unshakable memory from his childhood, or the presence of another that haunts his being. He sings:

This band is pretty awesome.

Ghost Woman’s new 7” EP, Lost Echo’s, is out July 13th via Full Time Hobby. Pre-orders and pre-saves are available here or get it directly on Bandcamp. 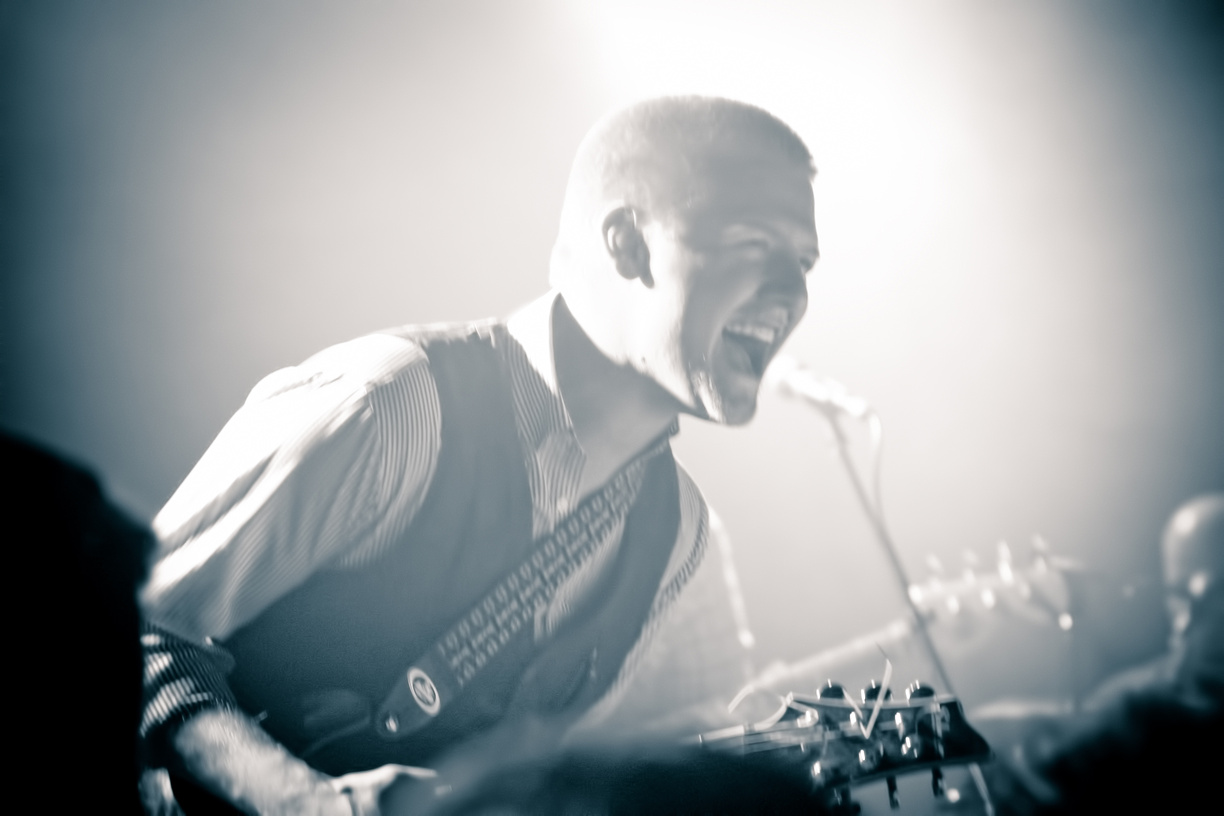 Mundo Musique: “Kill the Lights” by The Dirty Jacks